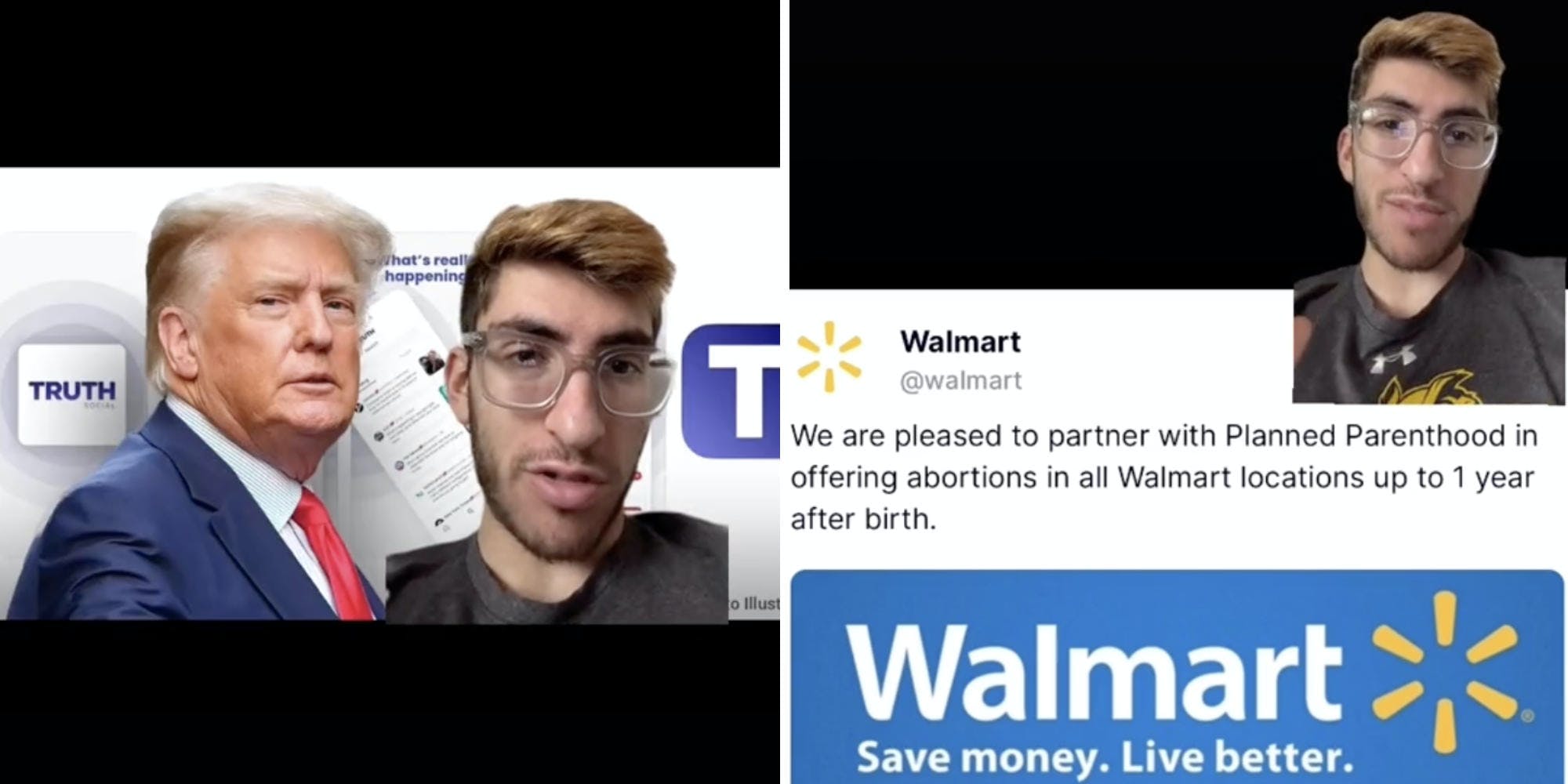 Despite parody and satire being permitted in the app’s Terms of Service, accounts that test this are winding up suspended and removed.

Following Trump’s ban from services such as Facebook and Twitter in the wake of the Jan. 6 Capitol riot, the former president announced in October of last year that he would be building a platform of his own for those who had been similarly de-platformed, as well as for his most loyal followers.

From the start, Truth Social has faced numerous embarrassing episodes calling into question not only the website’s alleged un-censorable nature but its security as well. Even before launch, beta versions of Truth Social were repeatedly located online, allowing both journalists and trolls to register accounts for Trump himself. An early version of Truth Social’s terms of service even appeared to suggest that mocking the former president was against the rules.

After the app finally became available for download on the evening of Feb. 20, reports of censorship quickly came flooding in from the few who were able to gain access. Hundreds of thousands of others still remain on waiting lists to join.

Exclusive analysis of Truth Social’s internal beta by the Daily Dot, which gained access to a publicly exposed registration page just one day before the app launched, revealed moderators’ possible plans to ban everything from racial slurs to calls for storming government buildings.

Such restrictions still came as a surprise to far-right radio host Stew Peters, who expressed outrage after a “sensitive content” warning was placed on a post in which he called for the execution of government officials.

A parody account meant to poke fun at Devin Nunes, the former congressman turned CEO of the Trump Media & Technology Group (TMTG), was also banned after attempting to register an account.

Now, a TikToker who was able to set up a parody account for Walmart has been temporarily suspended despite clearly stating that the account was not affiliated with the multinational retail corporation.

In a video last week, the TikTok user, known as Jon Conn, revealed that he had made a satirical post regarding a fabricated partnership between the company and Planned Parenthood.

“We are pleased to partner with Planned Parenthood in offering abortions in all Walmart locations up to 1 year after birth,” the post read.

The fictitious post drew the anger of at least one Truth Social user. The TikTok video has since been seen more than 4 million times.

But that wasn’t the only parody account Conn was able to create. In another video uploaded several days later, Conn showed that he had also obtained the handle @Apple. In similar fashion, Conn made a satirical post designed to rile up Truth Social’s userbase.

“In honor of gay pride month, we will be restricting access to @truthsocial for non-LGBTQ users on the App Store,” the parody account wrote.

Once again, at least one user on the app expressed outrage at the post.

In comments to the Daily Dot, Conn said he was surprised his posts seemingly fooled at least some users given their purposely over-the-top nature.

“I try to think of things that are absurd enough to be a clear parody while also triggering to someone right-leaning,” Conn said. “The right is against abortions, so Walmart will be performing abortions. A good amount of people realized it was satire. I only showed the few that fell for it.”

Conn’s latest account is none other than @presidentbiden. In his first post earlier this week, Conn repurposed an actual statement from Biden regarding sanctions over the invasion of Ukraine to include references to Russian nesting dolls.

“Today, I am authorizing additional strong sanctions blocking importation of Russian nesting dolls,” the post says. “This will impose severe costs on the Russian economy — both immediately and over time.”

But the so-called free speech platform has already begun to crack down on Conn just like other users with parody accounts.

Shortly after creating the Walmart account, Conn received an email from Truth Social on Wednesday noting that he would be suspended for two days. Conn also stated that his Apple parody account had been deleted altogether.

“Truth Social was purportedly created as a haven for free speech yet they are not allowing what is clearly a parody,” Conn said.

The Daily Dot reached out to both Truth Social and its parent company TMTG to inquire about its policies regarding parody accounts but did not receive a reply. Truth Social’s community guidelines state that “trolling” accounts and accounts that identify as parody while impersonating another person are permitted.

Conn isn’t sweating the actions. At the end of the day, unlike many of the president’s supporters, Conn understands that no social media platform would operate without any rules.

“There are no consequences for shoddy moderation. Truth Social is beholden to no one,” Conn said. “Censorship is inevitable even on the ‘freest’ of platforms.”

Truth Social will likely continue to receive backlash due to its handling of trolls and proactive statements from Trump’s most ardent supporters. The dream of a free-speech panacea that many believed Truth Social would offer is already beginning to fade.

The post A TikTok troll is testing Truth Social’s appetite for free speech—and getting suspended for it appeared first on The Daily Dot.