Andrea Bordeaux isn’t backing down on her anti-vaccination views after being let go from the Starz series Run The World, issuing a statement condemning everyone who told her she was “misinformed.”

The (former?) actress took to Instagram on Sunday, February 27 to address her firing and everyone who has reached out to her since news of her being an anti-vaxxer.

She started the post with a thank you to all of the people on the same side of the fence, writing, “I am truly in awe of how many people have shown up to offer me their Love, empathy, support, encouragement, grace, kindness, and advocacy.”

After her heartfelt expression of gratitude, Bordeaux did a full 180 in order to condemn anyone who is vaccinated and raising an eyebrow her way that we’ll “fail” in due time.

“The coercion, threats, vilification, ostracism, income loss and bullying that is being directed at those who have made conscious decisions for their own health and spiritual well-being is born of dense, low frequency energy which is not in alignment with Goddess/Nature, rendering it unsustainable,” she wrote. “Even if it seems like it’s currently winning, it WILL fail. Know that.”

She continued, “For those who think I’m an idiot or ‘misinformed’ in my position, please point me to any time in known history where powerful governments and corporations have ever done anything purely for the benefit of the people. I’ll wait.”

Joke’s on her if she thinks, we think, the government churned out a COVID-19 vaccine simply out of the goodness of their hearts.

Bordeaux continued her caption, insisting anyone who is vaccinated has blindly put their trust in “blood thirsty, genocidal psychopaths,” asking, “When the bill comes due for you putting your trust in or allowing yourself to be coerced by these entities…will your mind even be able to comprehend the price you’ve unknowingly paid?”

“So keep believing that myself and others like me are idiots for not submitting to their false reality,” she went on. “The illusion can’t hold for much longer and when it finally collapses, those of you who staked your lives on it will need the very people you tried to tear down.”

Andrea ended her caption with this; “When the time comes, I will be here to give you what you deserve. 💕☀️”

It’s safe to say Bordeaux thinks something bad is going to happen to anyone who received the COVID-19 vaccine, though her long, vague caption didn’t specify what that bad thing is. 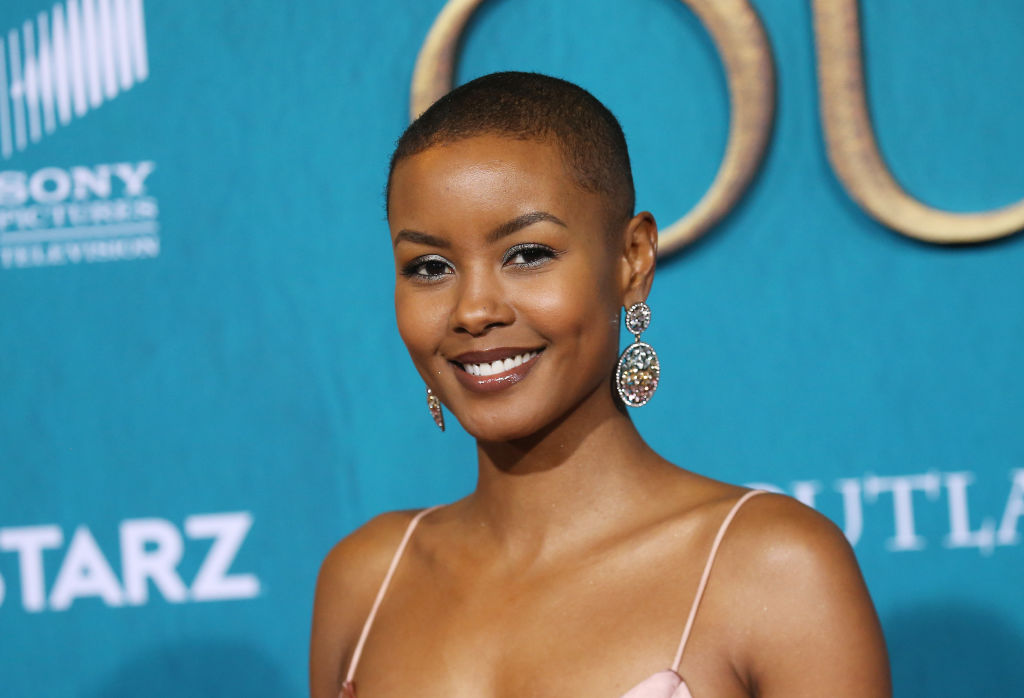 She clarified in her comments section to a fan, however, that she’s not specifically calling out 60% of the world’s population that got the jab, just people who called her names and sent “dark energy” her way.

“I referenced those who have called me and others like me idiots and those who have directed dark energy our way because they chose to believe lies,” wrote Bordeaux. “People have literally wished death upon me and others who share my perspective. If that does not apply to you, then please don’t make it about you. This is not a generalization why is why I was specific in who I was referencing.”

“I have many loved ones whom have taken it, why would I wish ill will on them? However, the fact remains that we all have to answer for our choices, myself included. No one knows the long-term consequences of taking that jab or not. Only time will tell. If that scares you, I don’t mean for it to but the truth must be faced even when it’s terrifying.”

Also in her comments, Bordeaux responded to a fan who told her, “Girl go get vaccinated and get your job back lol. “You’re one of the slaves Harriet would have shot,” said the star.

Earlier this month, The Hollywood Reporter confirmed that Bordeaux left Run The World due to her not wanting to be vaccinated, according to sources familiar with the situation.

“Despite what the article says, I did not opt to leave the series and Lionsgate made no efforts to find a workable solution,” she wrote. “I was fired.”