This series documents stories from the Herman Cain Awards subreddit, tracking the COVID-19 mis- and disinformation on Facebook that is leading to so many deaths. Today”;s cautionary tale left his family an unwelcome parting gift. 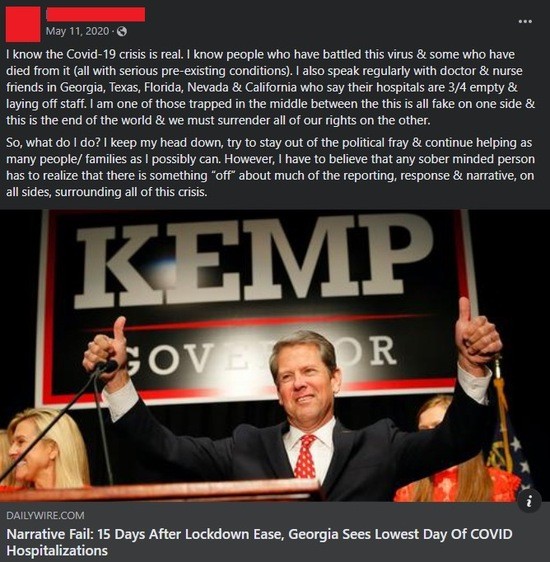 Guys, he sees both sides! And sure, he”;s getting his “;news”; from right-wing disinformation sources like Daily Wire, but he”;s just trapped in the middle of his straw man–;”;surrender all our rights”;–;which is totally a real thing people should fear because they might have to wear a mask, or “;it”;s all fake.”; 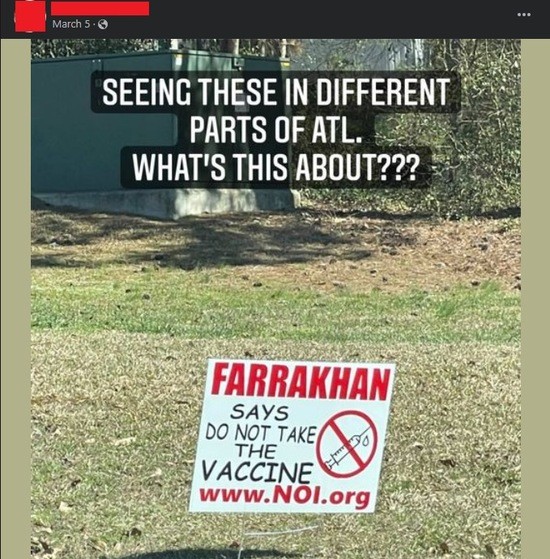 I googled. I was right:

Farrakhan, said Muhammad, had learned that there were two types of flu vaccine, one containing mercury and other additives and another, without them, “;for Jewish people, and those who are knowledgeable about the chemical additives in these vaccines.”;

“;Why do you put additives in one, and remove it from another, except that there”;s something in that additive that you want to infect the population with, that over time will manifest in ailments, sickness, disease and a compromised immune system,”; said Muhammad […]

Caucasian people, said Muhammad, had been genetically engineered by “;Yakub, their father, looking into the DNA.”; To “;kill off”; the darker ones “;is in their very nature,”; he added.

“;The Caucasian people are a dying species on our planet,”; said Muhammad. “;Their womb cannot produce anymore. So they are trying to destroy the darker people of our planet.”;

I also found out, during my googling, that this got Marjorie Taylor Greene all excited. Apparently, she totally agrees. 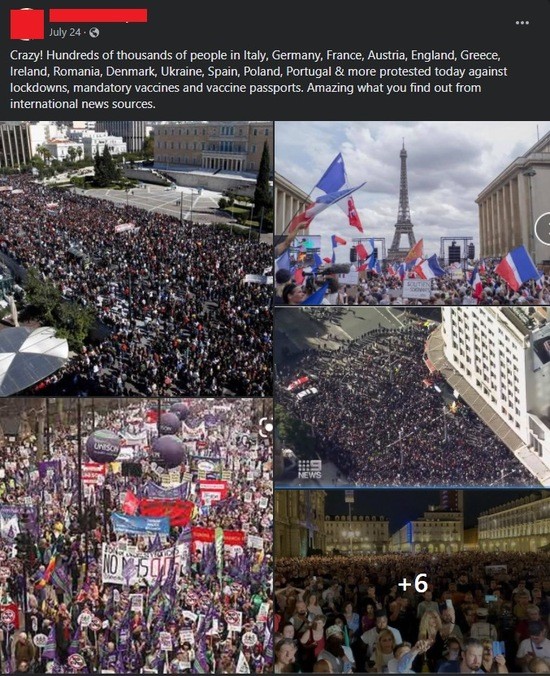 I”;m not going to see if these are actually photos and video of anti-vaxx protests, because most of the time, it”;s all bullshit. But we can stipulate the broader point: Deplorables exist everywhere. In fact, the further east you go in Europe, the worse it gets. Here”;s an example, using youth attitudes toward gay marriage. 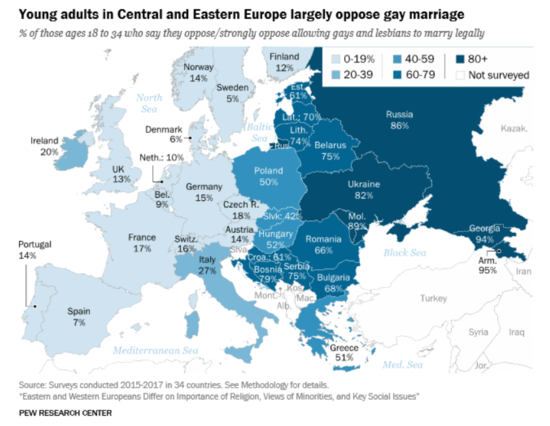 And wouldn”;t you know it, maps of European vaccination rates pretty much mirror that map. 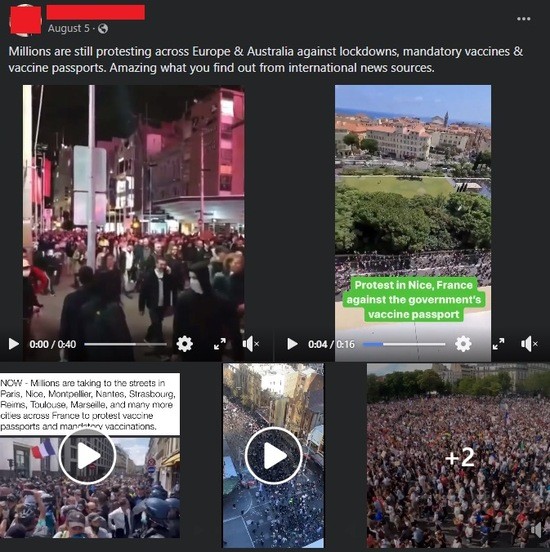 MILLIONS protest in France, says that one frame. The reality? More like 100,000 nationwide. And yes, again, there are deplorables everywhere.

Such a liar. He trusted Daily Wire and other right-wing disinformation sites. And there are consequences for being so willfully misinformed. Problem is, the full brunt of those consequences won”;t be shouldered by him. He”;s dead. We now get a rare look at what”;s left behind: 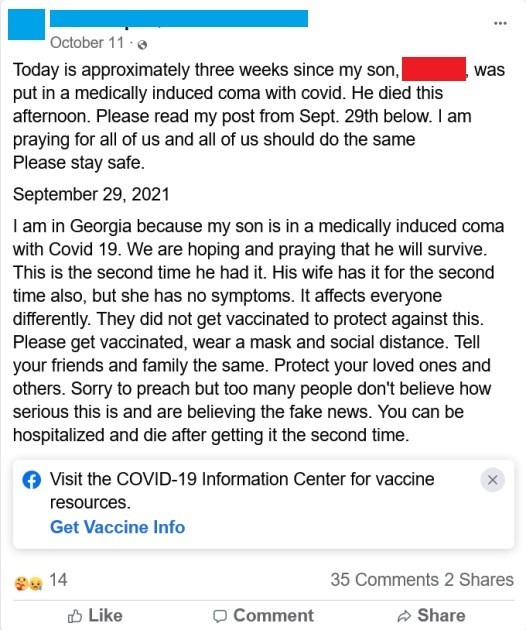 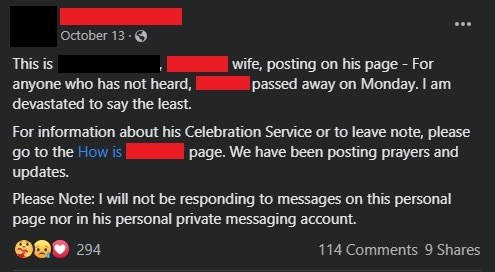 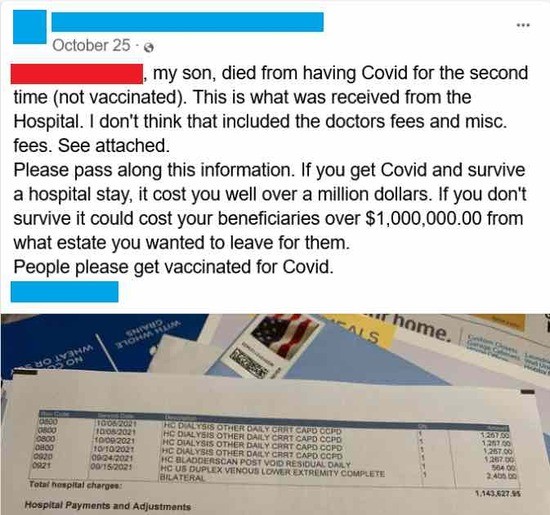 This puts those pathetic GoFundMe fundraisers in their proper context, doesn”;t it? I think the most successful one I”;ve ever seen was at around $50,000. Most were in the low single-digit thousands. People think they are helping, and maybe the family thinks they are getting some support, but they”;re not. They”;re about to get hit with unpayable hospital bills, and the inevitable medical bankruptcy as a result. On top of that, they”;ve lost half their family”;s wage earners, for families that are often on the economic edge. Life insurance? Haha right.

Let”;s say this guy had survived. He”;d still face that million-dollar-plus bill, but after three weeks of a medically induced coma and respirator, his lungs would”;ve been shredded, requiring years of rehab and further medical interventions. We also now know that COVID survivors are twice as likely to die the year after their infection, which makes sense. COVID breaks shit. This medical tab would almost assuredly be even higher had he survived, without the ability to work to even make a dent.

So you know what happens, right? Those of us with health insurance end up subsidizing them, as does the government. We”;re paying for their irresponsibility. All that whining about Big Pharma making big bucks off vaccines when Big Pharma makes even more off a long hospital stay. The math is pretty clear. A $19 vaccine …; or $1,143,627, plus whatever doctor fees get added on.

Too bad we can”;t make Fox News and the Republican Party pay these costs.