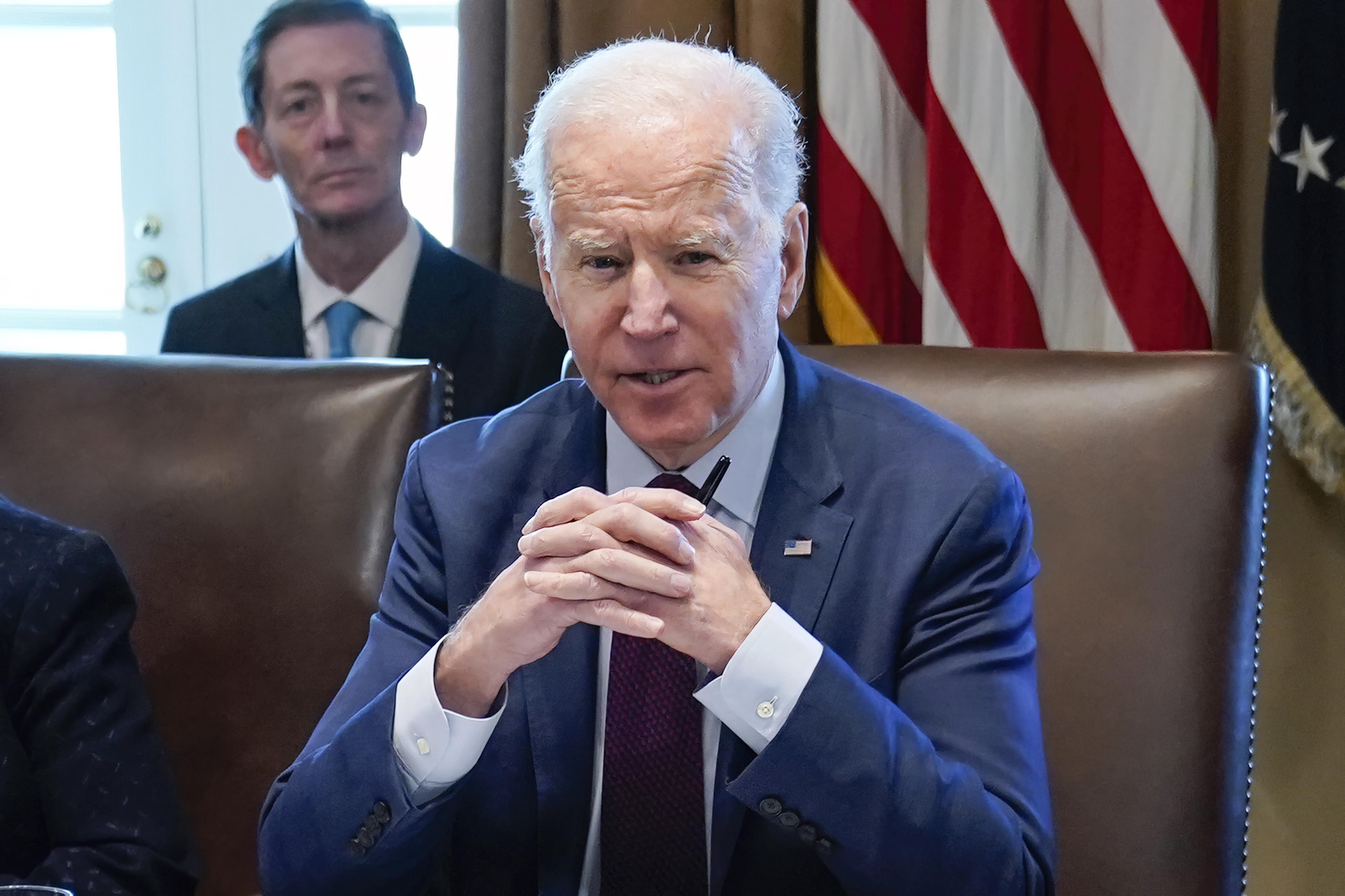 But while Democrats are increasingly emboldened by the president”;s handling of the crisis in Ukraine, party leaders are struggling with how to translate that into a clear and concise message to neutralize Republican attacks and help stave off a GOP takeover of Congress.

Biden”;s sober wartime management presents an opportunity for them to chart a path through the political fog, according to more than a dozen White House officials, presidential advisers, elected leaders and party strategists. Some also noted that while the battle in Ukraine is changing daily, there”;s a sense of urgency for the president to more forcefully tie the threats to democracy across the world back to anti-democratic events unfolding closer to home.

In his State of the Union address this week, Biden seized on the images coming out of Ukraine, applauding the stand of everyone from regular citizens to President Volodymyr Zelenskyy against the invading Russian forces. But so far he”;s avoided directly mentioning those within the GOP who have praised Putin –; a type of contrast that other Democrats are now sharply starting to make. 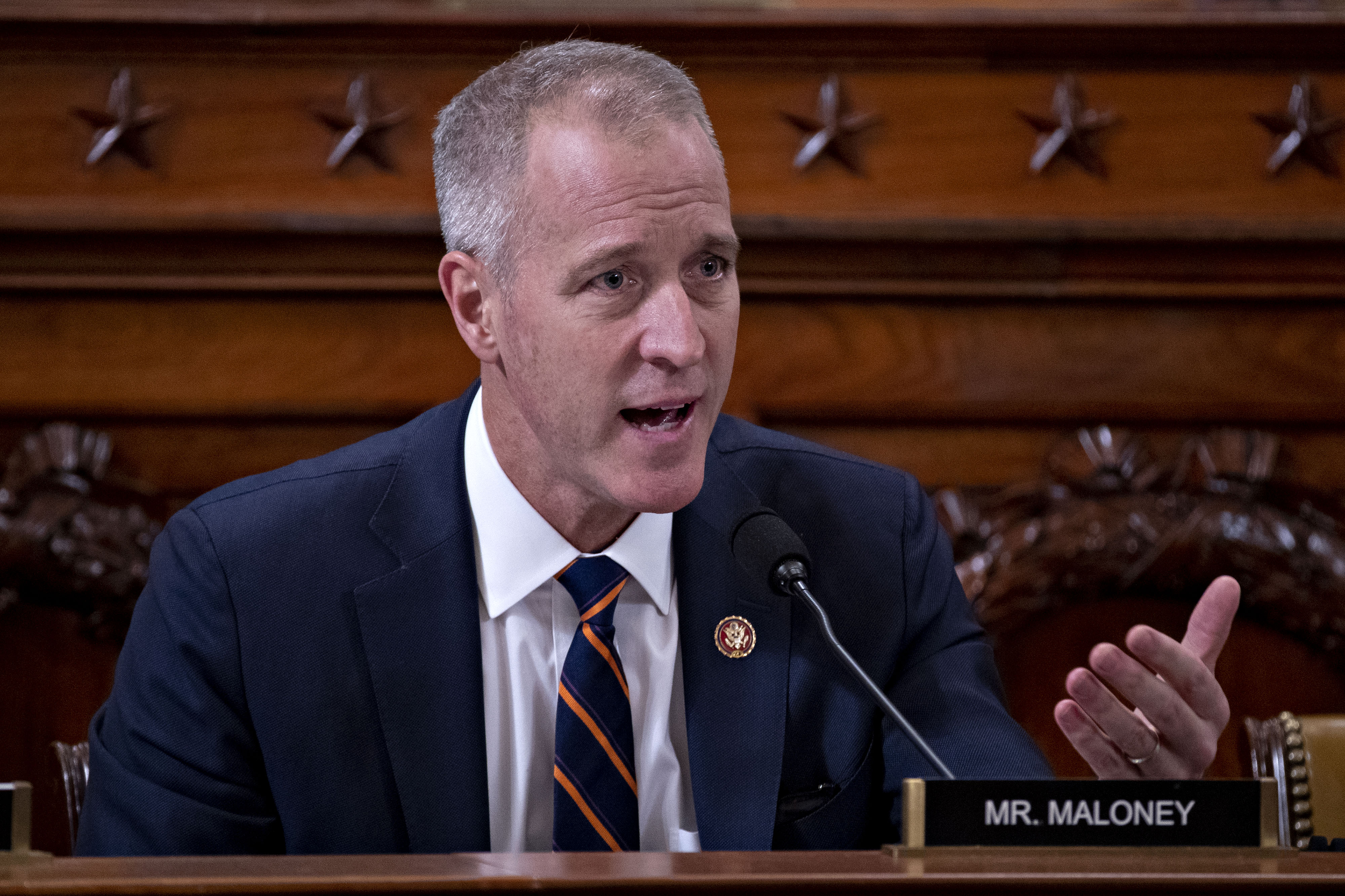 Biden”;s reluctance to more forcefully combat Republican attacks reflects both a fear that the situation in Ukraine could escalate further and an effort –; at least for now –; to minimize the creep of domestic politics in delicate matters of foreign affairs. Republicans have been less concerned about dragging Biden”;s decisions squarely into the political arena.

Even in division, the GOP has accused Biden of being “;weak,”; and creating the climate that led Putin to Ukraine”;s door after his messy withdrawal from Afghanistan. They”;ve downplayed former President Donald Trump”;s cozy relationship with Putin, his threats to disband NATO, and his orders to withhold military aid to Zelenskyy unless he got dirt on Biden first, choosing instead to argue that the current invasion never would have happened under the last president.

Outside the White House, Democrats say it”;s critical to not only remind Americans of Trump”;s history –; including calling Putin”;s invasion “;smart”; from a real estate perspective –; but to put Republicans on their heels over Russia”;s aggression.

“;Some of us still remember that President Trump withheld military aid to President Zelenskyy and the Ukrainians for the worst possible reason –; to smear a political opponent –; and got impeached for that. Almost all these Republicans looked the other way when that happened,”; Maloney said. “;We are more than familiar with how Republican lies and distortions can become some sort of alternative reality. And what I can tell you is that we’re going to engage on this with everything we”;ve got.”;

White House officials have placed the spotlight on the president”;s efforts at diplomacy and the resulting squeeze on Putin and Russian oligarchs. For more than a week, Biden”;s aides and allies have pointed to the diverse array of statements supporting his approach and actions –; including several from Republicans. But they”;re gradually joining with Democratic leaders in condemning Trump and Republicans for being out of step with the coordinated global response.

“;There”;s been wide bipartisan support for the president”;s actions, but sadly some fringe Republicans are using this as an opportunity to try to score political points,”; said Mike Gwin, a White House spokesperson. “;Unfortunately for them, from President Trump on down, they can”;t seem to decide day-to-day which side they”;re on, or whether Putin is a “;genius”; after all.”;

White House aides and others across the party still offered notes of caution as the situation in Ukraine and the U.S. is both fluid and likely to have impacts back home, mainly in the form of higher oil prices. Still, Democrats agreed that they must quickly settle on an effective strategy that refutes GOP attacks on Biden while also explaining how Putin”;s own attacks on Ukrainian democracy are related to those in the U.S.

“;We’re on the right side of history and the right side of principle, but always the wrong side of communication,”; said Rep. Dean Phillips (D-Minn.) “;This, to me, is a simple lack of ability to articulate with a singular voice or at least a common voice some of these truths. And it’s terribly upsetting.”;

Rep. Elissa Slotkin (D-Mich.), who represents a battleground district, admitted that Democrats spent the better part of last year saying they were “;for everything”; which makes it hard for people to understand what their core ideas were. Biden”;s presentation of a “;common adversary”; for America offers “;a bit of a reset button,”; she added.

And Sen. Chris Murphy (D-Conn.), a member of the Senate Foreign Relations Committee, described Putin”;s assault on Ukraine as “;harrowing”; but also described it as an opportunity to demonstrate “;the capacity of American leadership done right.”;

“;This is a moment to get the president’s back and to help him tell the story of what effective diplomacy has done,”; Murphy said.

In his State of the Union address, Biden laid out how the West and Europe have countered Putin, who he said badly “;miscalculated”; on trying to shake the foundations of the free world. Together, they have imposed powerful sanctions to cut off Russia”;s largest banks from the international financial system; choked off the country”;s access to technology and closed off wide swaths of air space to all Russian flights.

It”;s that kind of message that strategists believe the party can build off of.

“;You can”;t defend against spurious Republican attacks calling you “;weak”; by saying, “;I am not weak”; …; What you do is you demonstrate your strength. You demonstrate your leadership. And you do it publicly, and visibly,”; said Sarah Longwell, a moderate Republican strategist who became a vocal supporter of Biden in 2020.

In her focus groups, Longwell said participants expressed a sense of puzzlement over why they don”;t see and hear from Biden regularly. Moving forward, she said Biden needs to take the first 15 minutes of his State of the Union and put it on repeat.

The GOP”;s rifts over Russia haven”;t deterred it from hammering it”;s central point that Biden hasn”;t done enough –; first to try and prevent war, then to respond to Putin. Rep. Michael McCaul (R-Tex.), a senior member of the House Foreign Affairs Committee, argued that Putin and other autocratic leaders around the world see “;weakness”; in Biden. “;We have a weak president, and he’s creating a very dangerous world,”; he said.

Even those who have been conciliatory about Biden”;s actions against Russia, are getting in their shots. Senate Minority Leader Mitch McConnell (R-Ky.), invoked last fall”;s bloody withdrawal from Afghanistan to lay blame for Putin”;s invasion at Biden”;s feet, telling Fox News on Wednesday, “;I don’t think if we cut and run in Afghanistan, Putin would have tried this at all.”

Republican criticisms of Biden”;s response to Russia presents the latest example of attacks that haven”;t been met with equal force and frequency. Florida Sen. Rick Scott, head of Senate Republicans”; campaign arm, recently said Democrats and the “;woke left”; are the “;enemy within“; the country and present a greater danger to America than enemies during the Civil War, World War II and the Cold War.

Most Democrats scoff at such lines, rather than confronting Republicans who call them worse than confederates, Nazis and Joseph Stalin. John Anzalone, Biden”;s longtime pollster, summed up the running list of charges against the president as “;without a doubt petty politics for the red meat eaters during Republican primary voting.”;

“;He approaches this as the president of the United States and the experts who know about this stuff believe he”;s done a very admirable job,”; Anzalone said. “;And he”;s doing that in a very tough political environment.”;

Slotkin nodded to that reality and offered a word of caution about claiming a job well-done against Russia at this point. “;What the administration did was a good start but the devastation in Ukraine is getting worse and the pictures that are going to be coming out of Ukraine –; there’s going to be a pretty horrible arc to this story,”; she said.

Party officials and strategists working closely with the White House on the midterms also privately acknowledge that they”;re all still trying to dig out of the hole Afghanistan put them in, a pullout that coincided with Biden”;s precipitous slide in polls. In the handful of early public surveys on Russia, voters have given Biden low marks on Russia and Ukraine, but some of the same polls have found that his numbers were rising in recent days.

A focus group convened by a liberal organization Wednesday night found Democratic midterm voters want their party to be more ruthless. They feared that not only is Biden”;s confrontation with Russia being muddied if not overshadowed by a GOP chorus of criticism, but so is every positive development of his presidency.

In that same focus group, Trump”;s praise of Putin appeared to animate the participants, who were a mix of Democrats and Independents. Asked what they thought of Trump and some Republicans complimenting Putin, two men raised a middle finger.

Another focus group of white Democratic voters conducted on Wednesday illustrated Democrats”; failure to connect the dots. Few in the focus group said they viewed Russia”;s attacks on Ukraine as related to Russia”;s attacks on U.S. democracy. None remembered Russia”;s hacking of DNC servers during the 2016 campaign, nor understood the scope of Russia”;s attempts to manipulate voters in recent elections through coordinated and fake social media accounts that sought to stoke racial divisions.

Across the more than one dozen voters questioned in the two focus groups, it was clear that a majority wanted to see Biden and Democrats amp up their public messaging and most yearned for Biden to more directly fight Republicans.

But others believe that the results, not the attack lines, will be what wins over voters and that with enough of a push the political environment will start to look better.

Biden”;s “;style is to distribute credit,”; said Sen. Brian Schatz (D-Hawaii). “;Joe Biden has been a very successful politician for a very long time and been behind in the polls at multiple points in his career. I don’t normally say this, but there really are bigger things at stake and he should do whatever is necessary to protect the free world.”;

“;And I think it’s likely, but not guaranteed, that that will manifest itself in positive results at the polls,”; he said.