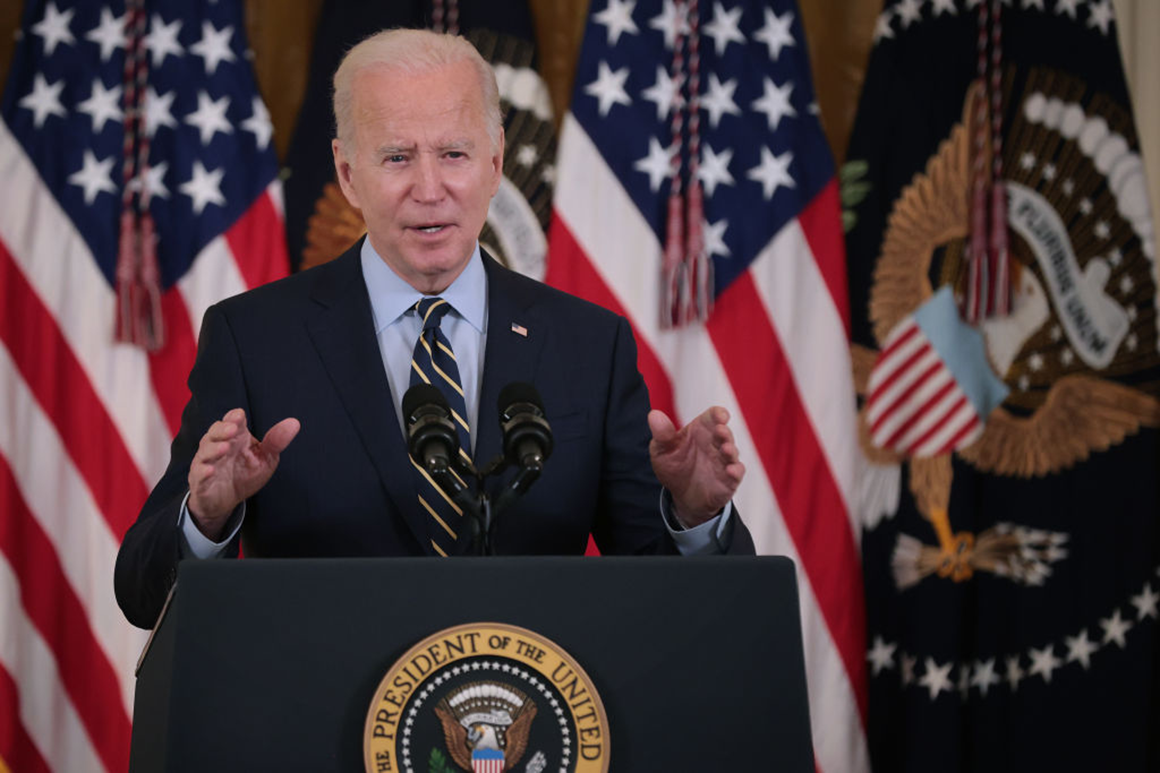 In some ways, President Joe Biden”;s long-promised Summit for Democracy could not be better timed.

The virtual gathering, set for Thursday and Friday, comes as people from Cuba to Belarus have hit the streets in recent years to demand a say in their governance –; or, at least, some accountability from their leaders. And it comes as Western leaders have grown increasingly wary of the tactics and intentions of the ruling Chinese Communist Party and alarmed about renewed Russian aggression toward Ukraine.

But the summit also is being held as the very concept of democracy appears unusually vulnerable. This past year alone has seen a half-dozen coups, from Myanmar to Sudan. Even the United States”; own democracy faces threats, from partisan fighting that is undermining law-making to insurrectionists attacking the Capitol over the lie that the 2020 presidential election was stolen.

Studies and polls suggest global dissatisfaction with democracy has surged in recent years and that few people across the world see U.S. democracy as a good model.

Those negatives, however, are just more reasons to hold the summit, advocates insist.

“;It is precisely because there are so many challenges out there that a summit like this one is so timely and important,”; said Derek Mitchell, a former U.S. ambassador to Myanmar who now leads the National Democratic Institute. “;Convening global democratic leaders and others to reaffirm that democracy and democratic values remain the best answer to what ails us sends a message of solidarity, confidence, commitment and clarity.”;

Aides to Biden say they are approaching the summit with humility. On the main website, the administration says the event will “;showcase one of democracy”;s unique strengths: the ability to acknowledge its imperfections and confront them openly and transparently.”;

The decision to hold the summit, and invite more than 100 governments, has upset some left out –; a testament to the global influence the United States continues to wield.

In a recent joint op-ed published in The National Interest, the Russian and Chinese ambassadors to the United States slammed the summit as a product of America”;s “;Cold-War mentality”; and warned that it “;will stoke up ideological confrontation and a rift in the world, creating new “;dividing lines.”;”;

The ambassadors, Anatoly Antonov of Russia and Qin Gang of China, decried the notion that the Biden administration is deciding what counts as a democracy, while describing their countries”; systems as democratic –; despite the obvious communist one-party domination in China and dictatorial rule of Vladimir Putin in Russia. China, the envoys write, has an “;extensive, whole-process socialist democracy,”; while democracy is the “;fundamental principle”; of the Russian system.

“;There is no need to worry about democracy in Russia and China,”; the pair write. “;Certain foreign governments better think about themselves and what is going on in their homes. Is it freedom when various rallies in their countries are dispersed with rubber bullets and tear gas? It does not look very much like freedom.”;

The public relations offensive has continued. The Global Times, a Chinese Communist Party media mouthpiece, this month launched a series about the “;evils committed in the name of democracy.”; One representative headline: “;GT investigates: US war-mongering under guise of “;democracy”; inflicts untold damage on the world.”;

Taiwan”;s inclusion in the summit has especially rankled China, which claims the island as its turf. Given repeated U.S. promises to support the island in the face of recent aggressive moves by Beijing, the Biden administration likely determined that excluding Taiwan from the summit would have suggested a weakened resolve.

Many such geopolitical considerations were clearly in play in deciding who was invited and who was not.

Hungary and Turkey didn”;t make the cut –; their leaders have been undermining their democratic institutions for years despite U.S. reproach. But Poland, where similar anti-democratic forces have been on the rise for years, did get an invite. One likely reason? The United States saw fit to stand by the country as it faces aggressive moves along its border from Russian-backed Belarus.

India, for instance, has faced accusations of a backslide in democracy amid growing oppression of the country”;s Muslims. But the Biden team views New Delhi as a key partner in the rivalry with Beijing and doesn”;t want to snub it.

Because India made the list, Pakistan did, too –; an effort by the administration to balance its interests in those two archnemeses, despite the Pakistani military”;s continued influence on Islamabad”;s governing system.

In the Middle East, only Iraq and Israel made the cut, despite concerns about Iranian influence in Iraq and the treatment of Palestinians in land that Israel occupies.

U.S. officials have resisted speaking about individual invitees, though some privately acknowledge the geopolitical factors in play. At the same time, they note that the event is called a “;Summit for Democracy,”; not a “;Summit for Democracies”; or a “;Summit of Democracies.”; The goal is to make the case to the world that democracy is still the most ideal governance system while encouraging participants to stay on the democratic path.

While the administration had originally hoped to hold this first summit earlier, and in person, its selection of Dec. 9-10 carries some meaning.

Dec. 9 (Thursday) is International Anti-Corruption Day, while Dec. 10 (Friday) is Human Rights Day. The administration is expected to unveil new sanctions against kleptocrats and human rights abusers on those days –; following a tradition begun under the Trump administration.

In the run-up to this week”;s gathering, the administration has been unveiling initiatives and plans, while along with it outside groups are staging side and preview events. Many revolve around the summit”;s three main themes: Defending against autocracy; fighting corruption; and promoting human rights. Some of the events are open to the public, while others are limited to summit participants.

On Monday, the administration unveiled its anti-corruption strategy –; its many pieces include efforts to crack down on the use of the American real estate market as a venue for money laundering and other illicit acts.

The role of technology in the furtherance or undermining of democracy is poised to be a major theme. Last week, the administration said one of the summit”;s initiatives will be a multilateral effort to impose limits on the export of surveillance and other technology that can be used to target dissidents and otherwise undermine human rights.

The Biden administration is counting on participating countries to commit to initiatives designed to strengthen and promote democracy and to spend the next year fulfilling those promises. A second summit is then to be held, likely toward the end of 2022, and –; if the coronavirus pandemic allows –; in person.

The run-up to the summit has been bumpy and it remains unclear how success will be measured, especially when the United States has limited leverage over other countries who sign up for initiatives.

Michael Abramowitz, president of the democracy watchdog Freedom House, said that”;s one reason it”;s important to have civil society groups engage in the summit and its aftermath –; so that they can monitor the progress of countries that make commitments.

“;It”;s important that the United States and the other democracies make real commitments because otherwise it will be seen as a PR exercise and it will increase cynicism,”; he said. His group has released scorecards on the state of democracy in the countries participating in the summit.

U.S. officials are wagering that there”;ll be enough momentum –; if not from an outright love of democracy, then concern about China and Russia –; that the summit”;s impact will be significant and long-lasting.

In speeches and other forums ahead of the gathering, they have stressed, however, that governments will need to partner with the private and NGO sectors in the process.

“;We know that by recommitting ourselves to the cause of democratic renewal and broadening our coalition of partners, we can turn this moment of truth into a moment of opportunity,”; Uzra Zeya, an undersecretary of State who focuses on democracy and human rights issues, said in remarks about the summit last month.