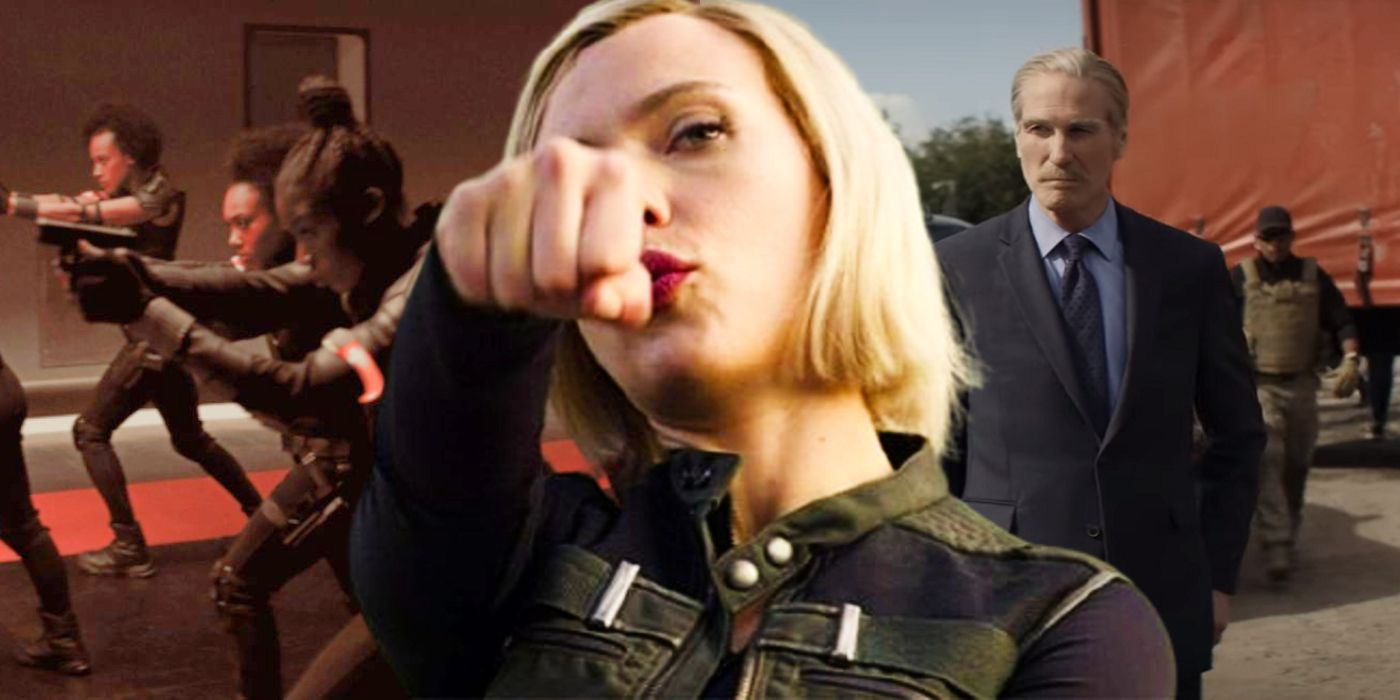 Marvel’s Black Widow is now available on Disney+ as well as on home and digital release, and here’s all you need to know about the film’s 11 deleted scenes. Set during the end of Captain America: Civil War, Cate Shortland’s Black Widow introduced viewers to Natasha Romanoff’s first family – and set up the future of the Black Widow franchise.

While Black Widow was released on Disney+’s Premier Access model, that didn’t include any deleted scenes. Marvel has saved those for the digital and home releases, which feature eight deleted scenes and an alternate ending; two more were added when Black Widow became available for general viewers on Disney+. It’s always fascinating to get a look at Marvel’s deleted scenes, to figure out how the story would have been subtly different had they been kept. .

In some cases, it’s easy to see why Black Widow’s were cut, because they don’t add much to the story; others should really have been kept, while the alternate ending is far stronger than the one Marvel ultimately went with. So here’s a guide to all Black Widow deleted scenes, along with an assessment of how they would have affected the film’s overarching narrative. 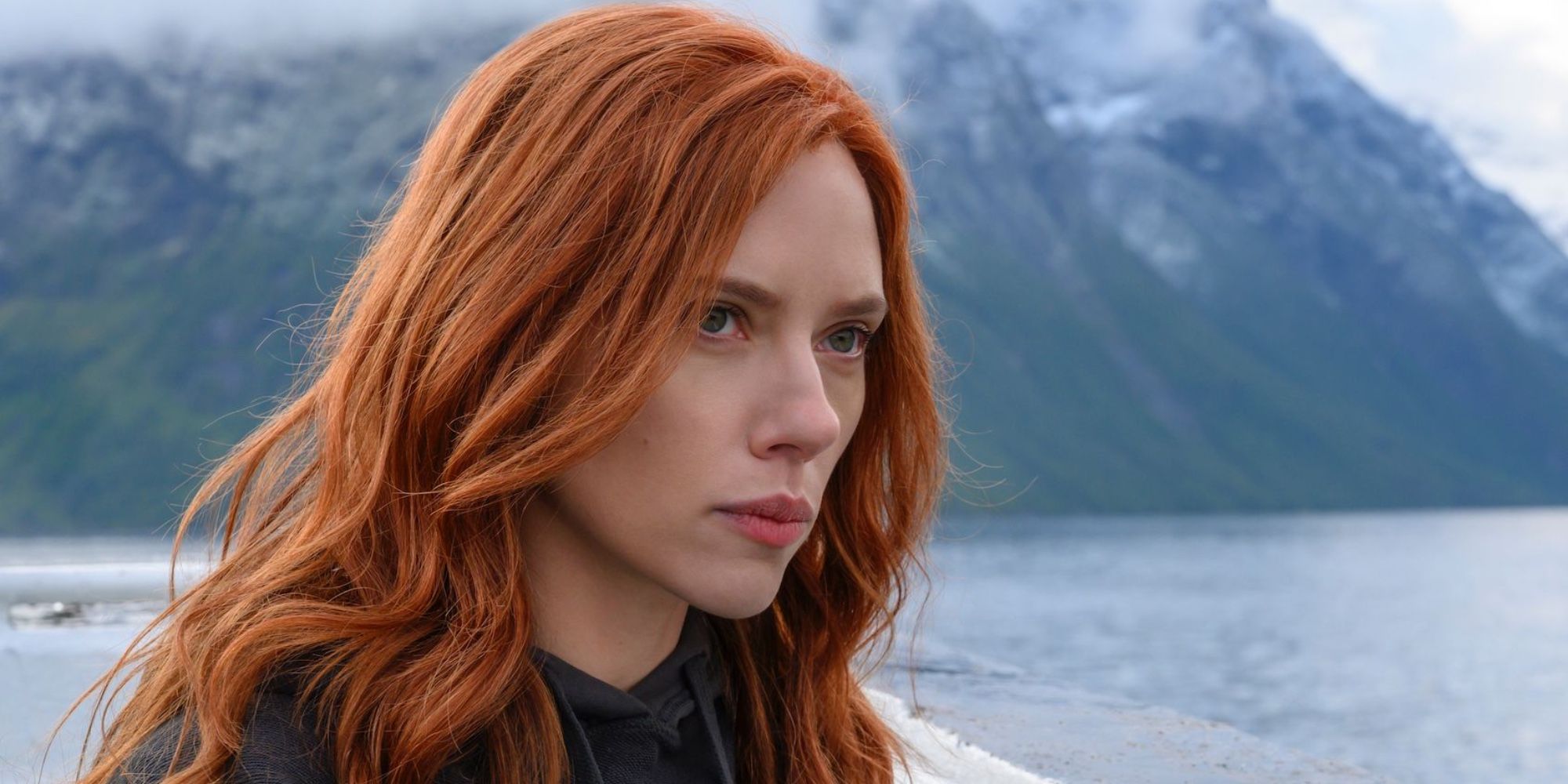 The first Black Widow deleted scene, called “Grocery Shopping,” is a brief clip that shows Natasha hiding out in Norway. She pays a visit to a grocery store, before traveling back to her safe house; the store’s radio happens to be running a news bulletin talking about Steve Rogers and Natasha Romanoff being on the run. It’s clearly intended to serve as a reminder of just how committed the world’s security forces are to tracking Black Widow down, while the shots of Norway’s scenery are absolutely stunning. Ultimately, though, this doesn’t add anything essential to the film’s plot, and it would simply have slowed the pace down. It’s easy to see why “Grocery Shopping” was cut. 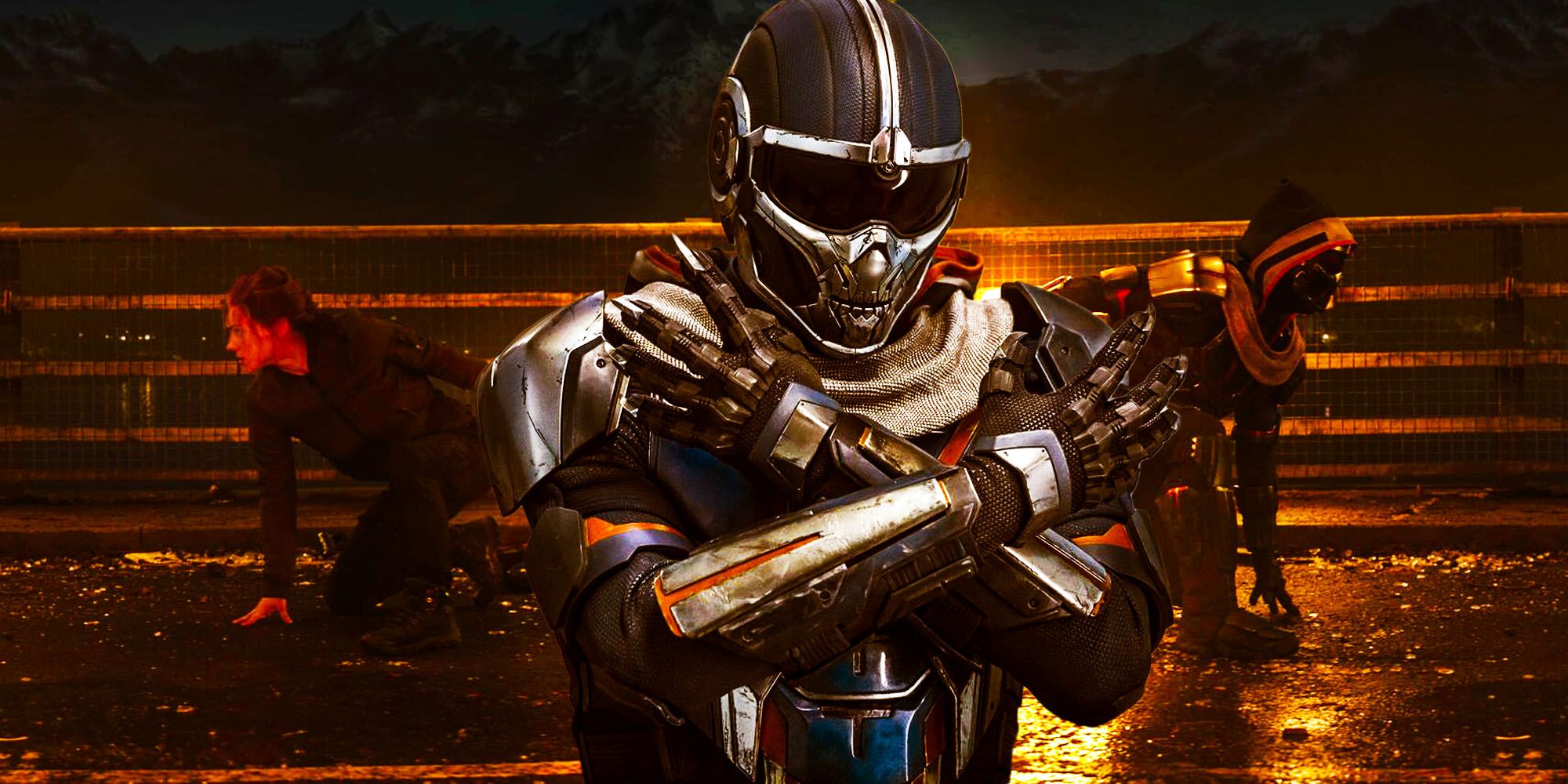 The “Smile” Black Widow deleted scene is an extended version of Taskmaster’s introduction, and it serves to set up the scale of General Dreykov’s ongoing Black Widow operation before showing Taskmaster studying footage from Natasha in Captain America: Civil War. It was probably intended to emphasize the idea Taskmaster has been studying the Avengers for some time, while Dreykov’s access to security camera footage from the airport battle underscores his power and influence. Again, this is a sensible cut, as it doesn’t add much to the story and simply slows the pace. The Black Widows would be explored far more effectively in the film’s third act. 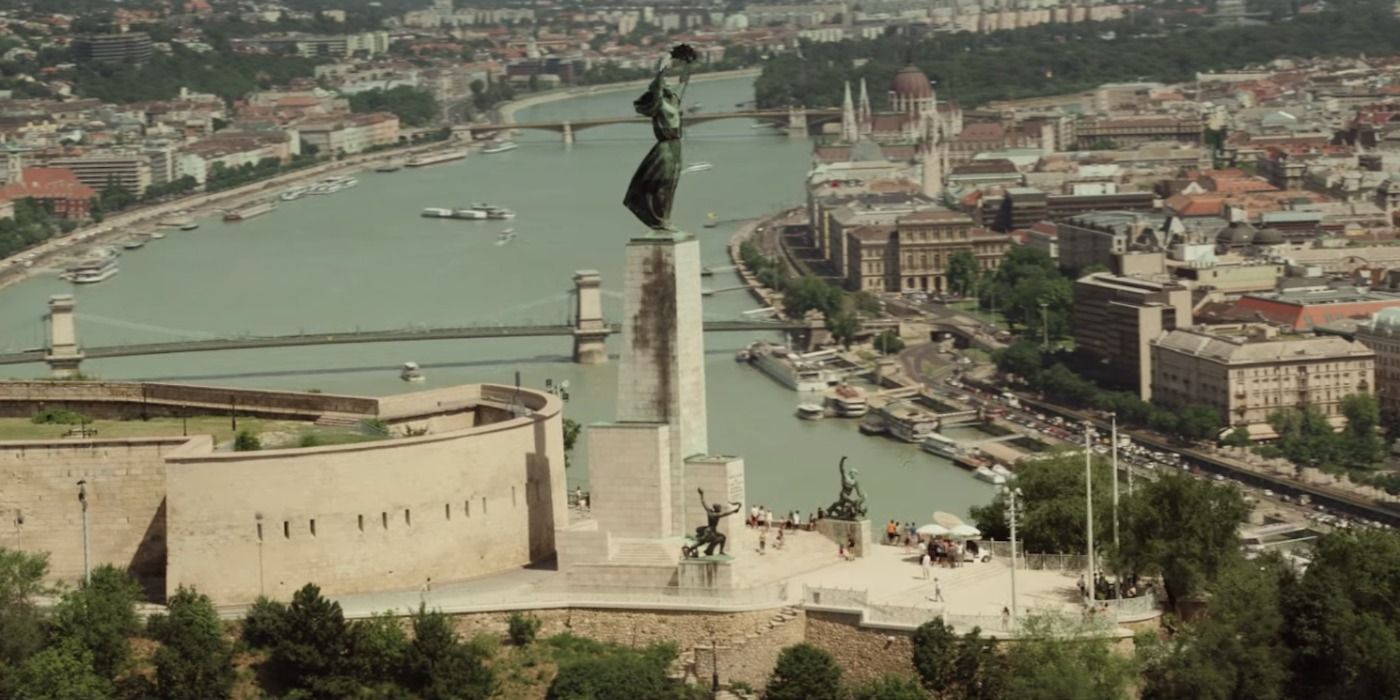 Another very short clip, “Bike Chase” is a slight extension of the scene where Natasha and Yelena attempt to escape Taskmaster and her Black Widows; Natasha drives the bike into what Yelena dubs a “cage,” with the Avenger complaining the building wasn’t there eight years ago when Black Widow was last in Budapest – before driving up a flight of stairs. This particular deleted scene would actually have been quite useful, in that it shows how Natasha and Yelena initially shook off Taskmaster’s tank. The dialogue between the two former Black Widows provides a timeline for Natasha’s previous actions in Budapest, revealing she was last in the city eight years ago. Given Black Widow is dated in 2016, that would mean Natasha joined SHIELD in 2008 – the same year Tony Stark outed himself as Iron Man, and (according to tie-in comics) T’Challa became the Black Panther in Wakanda. 2008 really was the year the MCU began. It’s rather a shame this was cut. 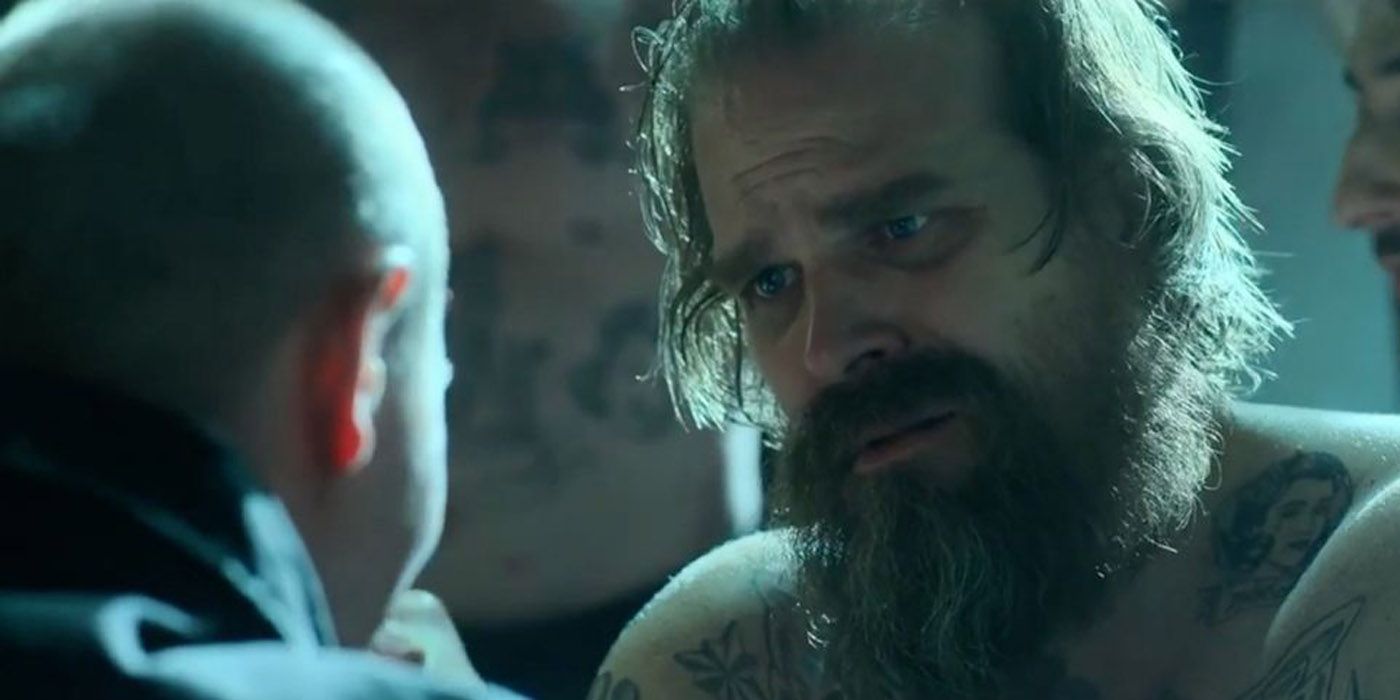 “Gulag Fight” is a slight extension of Red Guardian’s prison breakout, with Alexei attacked by Olivier Richters’ Ursa Major, an inmate he humiliated a few minutes earlier. It’s a shame to see Richters’ Black Widow role reduced, but in truth this doesn’t add anything much to the movie; it ends with Alexei on the ground looking up as Natasha leaps into the fray, meaning those 30 seconds or so could be cut without any effect on the story at all. 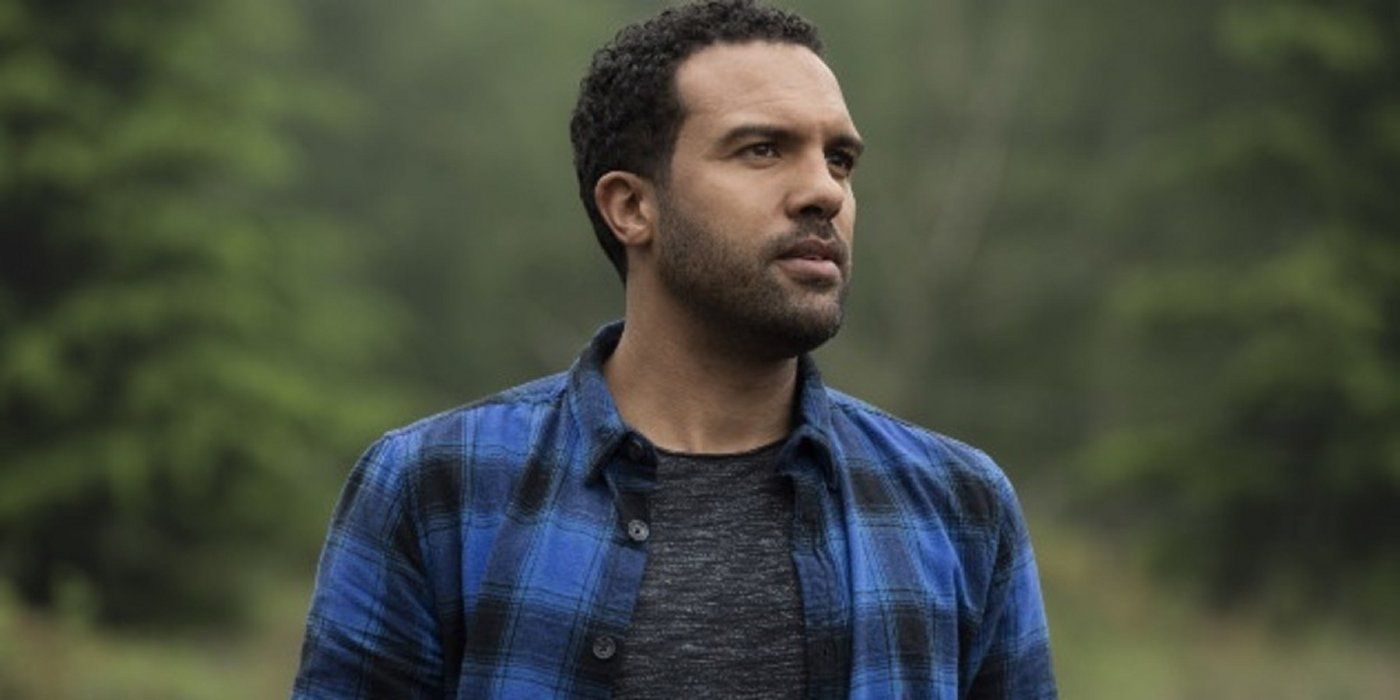 Set immediately after the escape from the Russian gulag, “Mason’s Betrayal” sees Black Widow give her fixer Mason a call – but he swiftly tips her off that he’s under observation by Ross. While this adds more depth to Mason’s claim Ross was causing him trouble, in truth it really does feel superfluous, and Marvel made the right call cutting it. 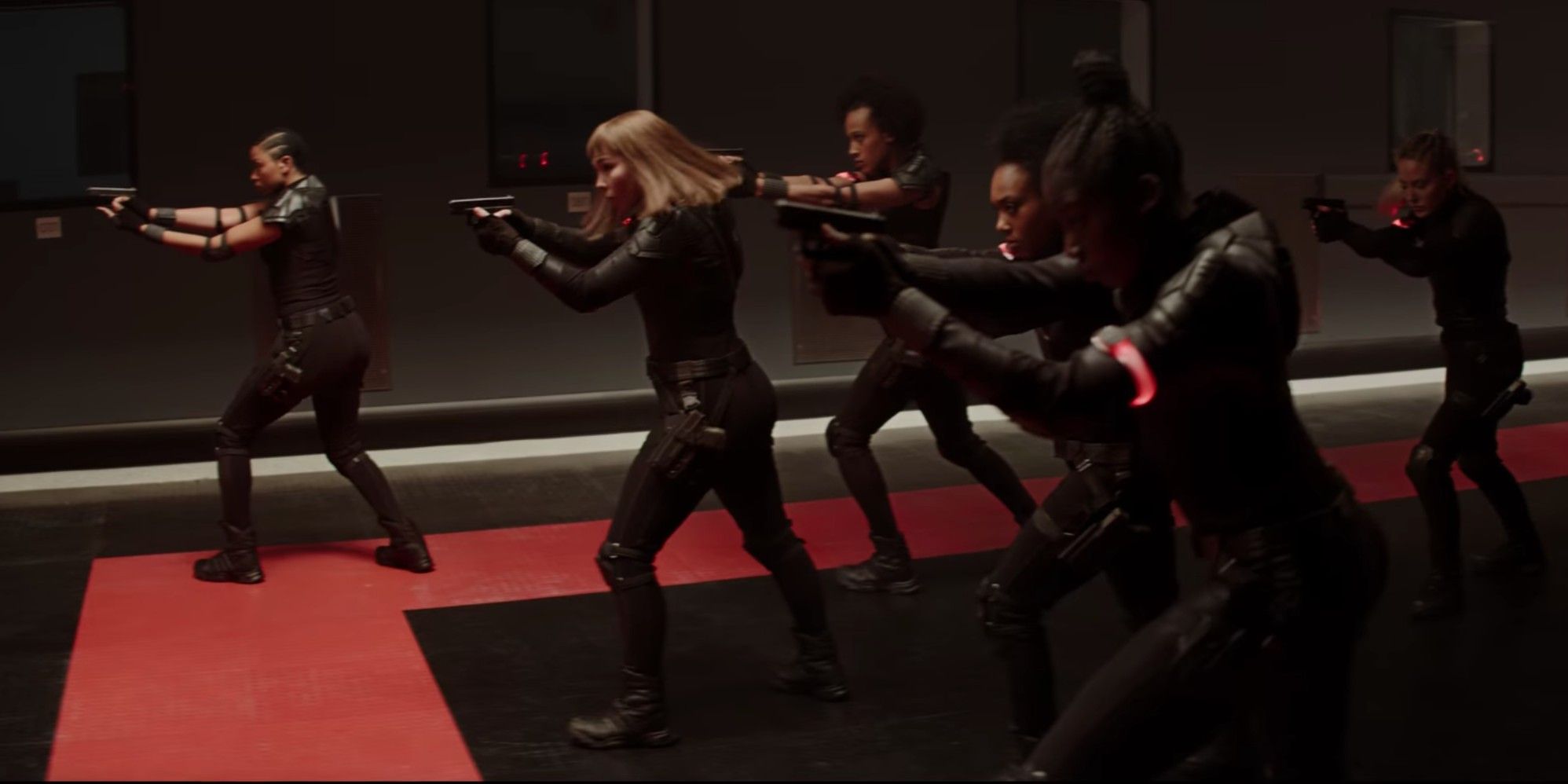 “Widows in Training” is pretty much exactly what is says on the can; it’s an extended scene of “Melina” going to see the villainous Dreykov after her apparent betrayal of her family, and she stops to look in at the Black Widows as they train. In reality, of course, this is Natasha doing reconnaissance before she confronts Dreykov, trying to familiarize herself with the layout and count the number of potential adversaries. The Red Room’s Black Widows are absolutely chilling, with their moves almost perfectly synchronous, stressing the extent of Dreykov’s control over them. Shots from this deleted scene were included in TV spots, and – given it only adds under a minute to Black Widow’s length – it should probably have been kept. 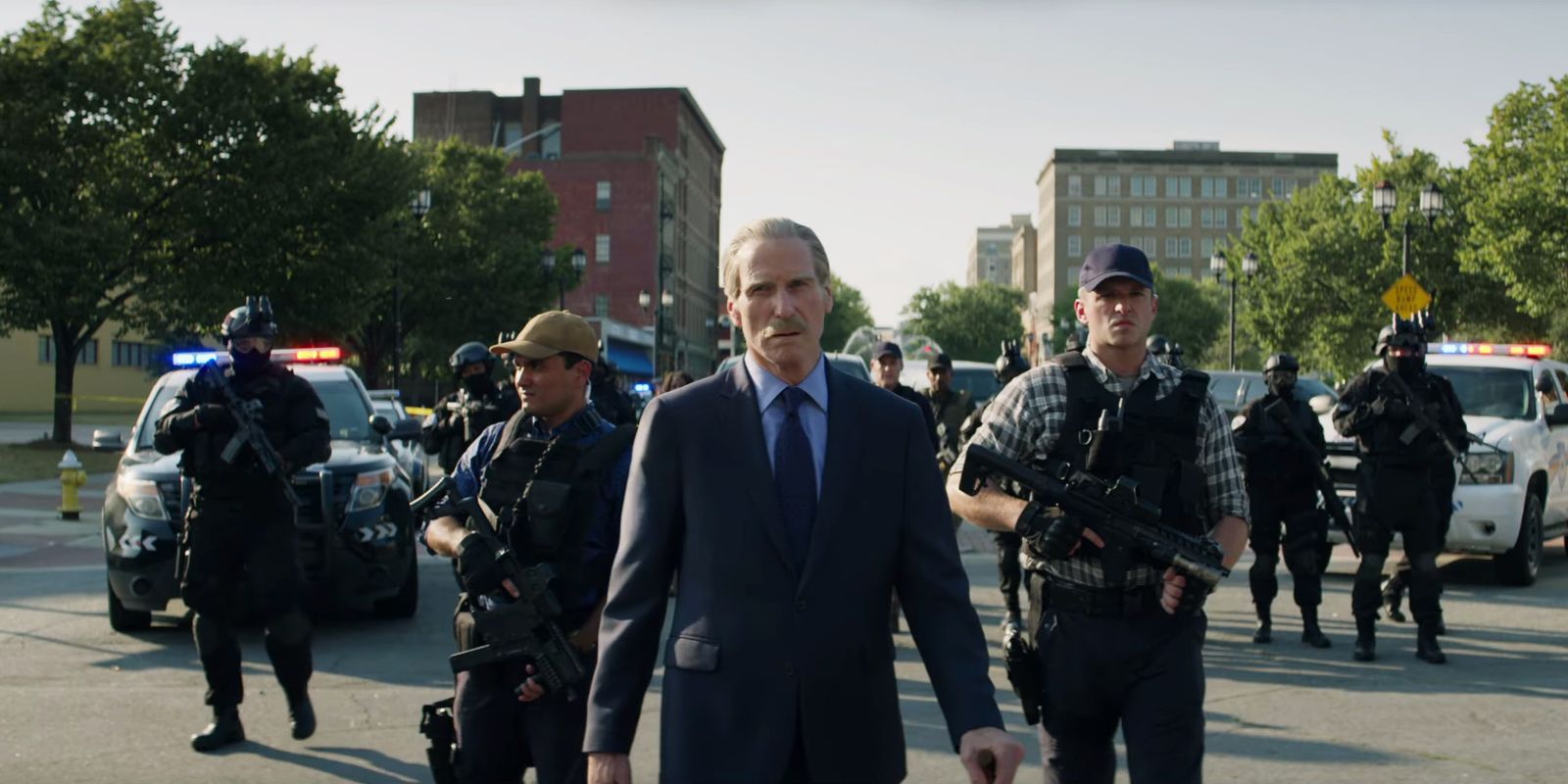 “Come After Me” was also seen in TV spots. It’s set after Natasha and her family have been captured by the Red Room, and it returns to “Thunderbolt” Ross’ quest to track her down. Ross has managed to locate her friend Rick Mason, who he has in custody and clearly enjoys threatening in an attempt to get him to cooperate. While it’s nice to see more of General Ross and Mason, this was probably cut in order to keep an element of suspense to the third act’s resolution; when Ross is given a note from Natasha reading “Come after me,” viewers are prematurely clued in on the fact Natasha has a plan in the works. It would have ruined the suspense. 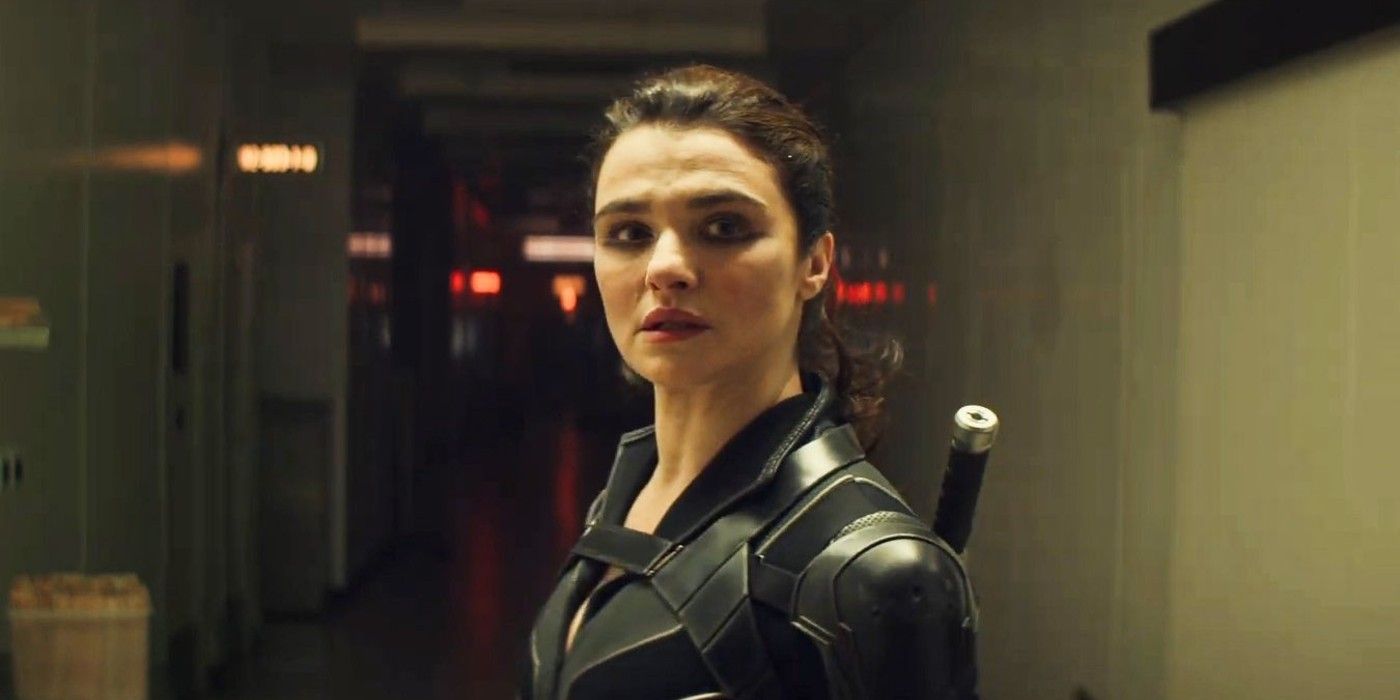 Set during the breakout at the Red Room, “Walk and Talk” sees Melina deliver a lecture to Red Guardian on how she’s going to bring Dreykov’s orbital base crashing to the ground. Rachel Weisz delivers the technobabble with impressive ease, and the scene showcases the complicated relationship between Melina and Red Guardian, but it’s ultimately unnecessary. All viewers really needed to know was that Melina intended to sabotage the base, and was smart enough to do so. It would have been particularly disruptive during the climactic third act. 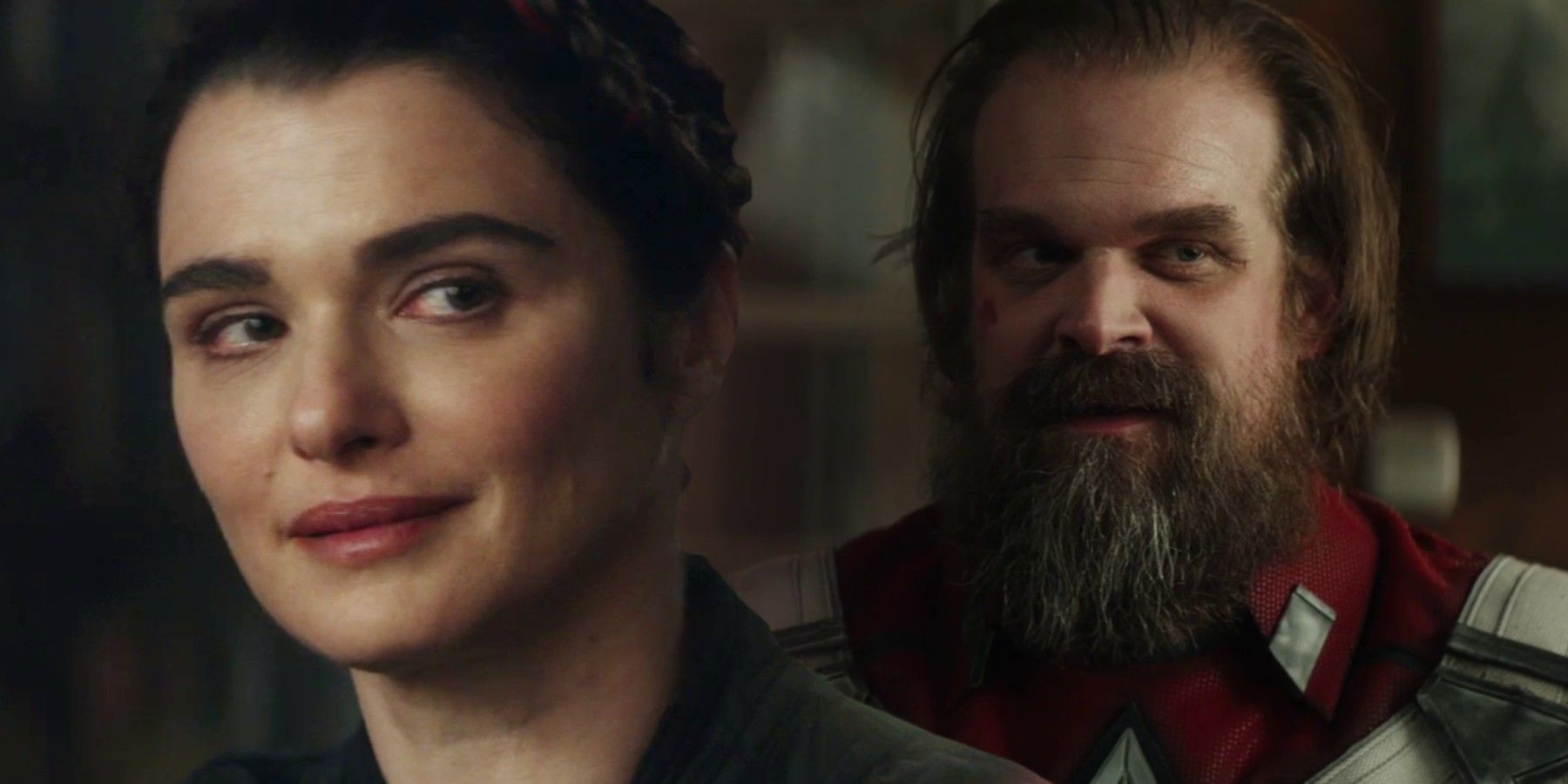 “Kiss” continues to explore the relationship between Alexei and Melina. It’s a brief clip set after the Red Room has been destroyed, with the two sharing a brief kiss before they go out to meet the freed Black Widows. This particular deleted scene should really have been kept, because the dynamic between David Harbour and Rachel Weisz is tremendous, and it would have added a nice sense of closure to their respective arcs. 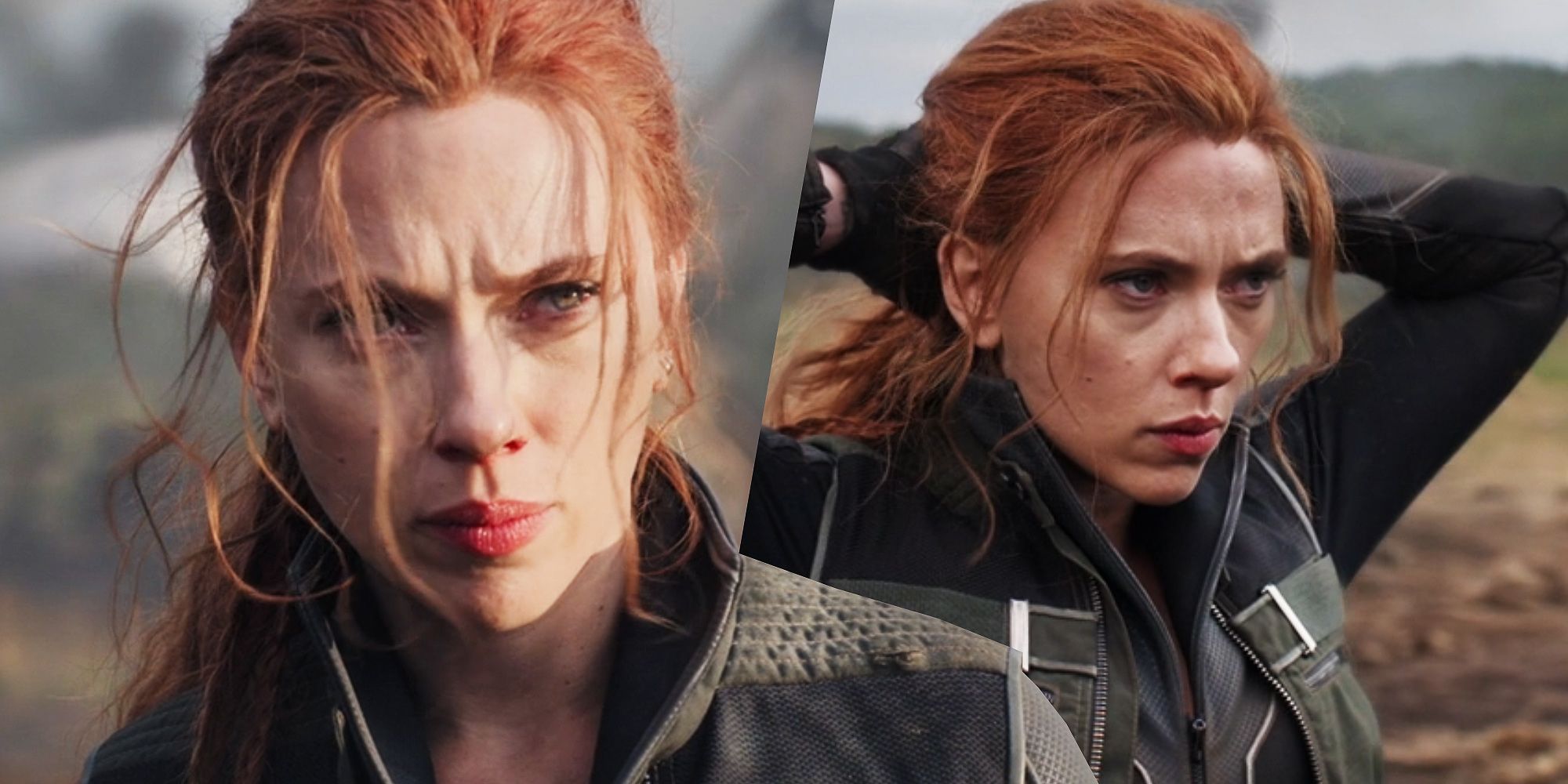 One of the more frustrating deleted scenes fills in a story gap in Black Widow’s ending, with Natasha Romanoff captured by Ross, who’s rather astounded at the amount of havoc she has caused. Black Widow tells Ross about the Red Room, forcing him to concede she’s still saving the world even though she’s a wanted woman, but the conversation comes to an abrupt ending when Black Widow escapes with ease. The scene is a wonderful one, the dynamic between Black Widow and Ross is enjoyable, and the escape really shouldn’t have been cut. Amusingly, VFX teams clearly decided to keep some of the CGI, because elements of the crashing Red Room station still make their way into the film. 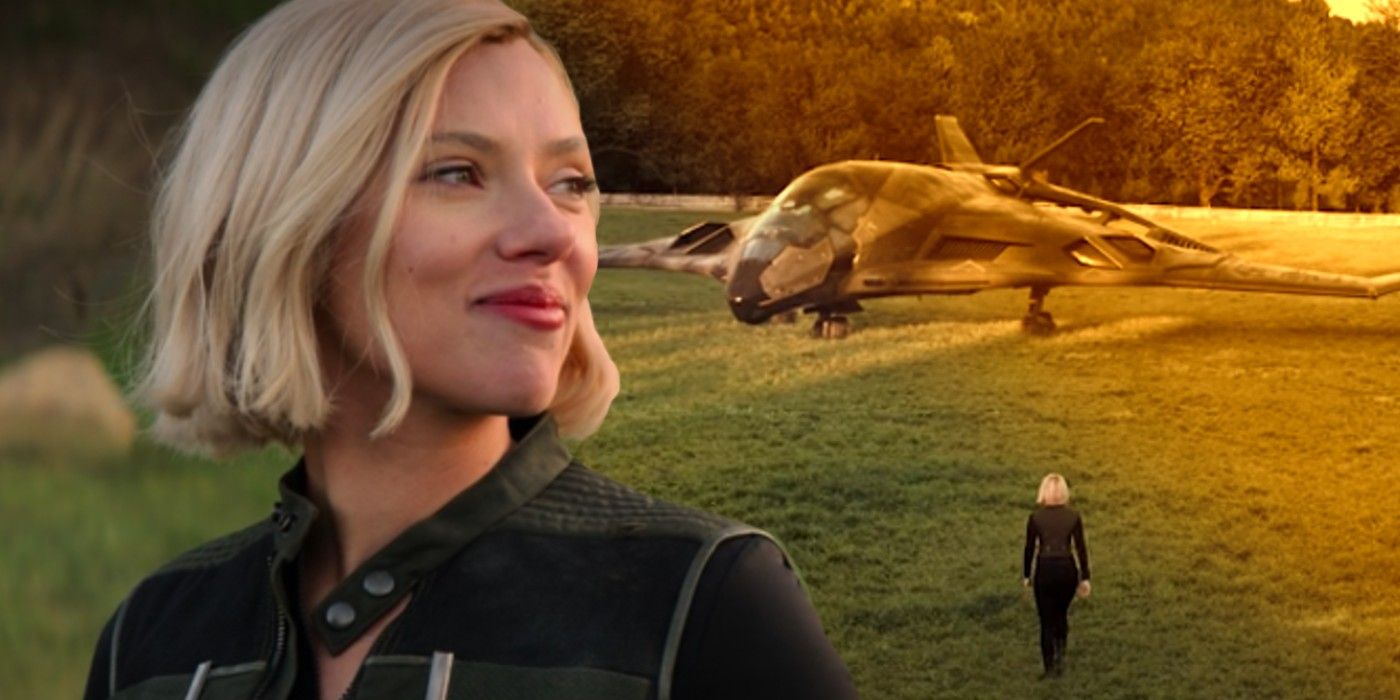 The most important Black Widow deleted scene is an alternate ending in which Natasha returns to her childhood home in Ohio, sporting the bleached-blonde hair and wearing Yelena’s jacket. It’s a beautiful, intimate scene that ends with Natasha being recognized by a little girl who’s clearly been inspired by Black Widow’s heroism. This, in truth, is the ending Marvel should have gone with; a touching character moment reminding viewers how much Black Widow matters to the people of the MCU, rather than one that focuses on establishing how it fits into the shared universe. There are times when Marvel’s focus on connectivity actually damages the individual films; sadly, that’s the case with Black Widow’s ending, and even with the post-credit scene as well.