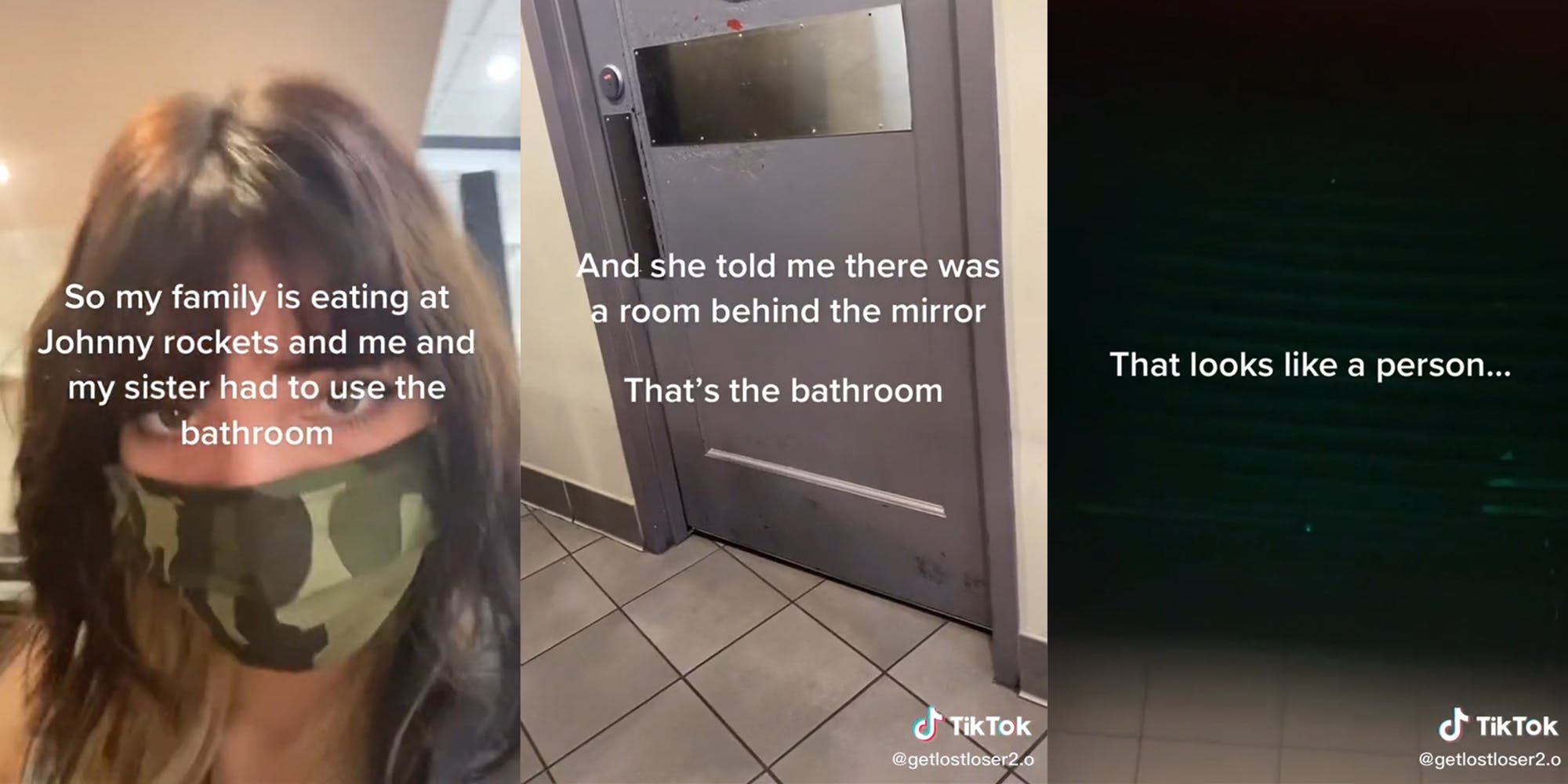 A viral TikTok video shows a woman who claims to discover a creepy room sitting behind the mirror in a Johnny Rockets restaurant bathroom at Universal CityWalk in California.

User @getlostloser2.o filmed and posted the video to TikTok, gaining over 374,000 views in the last 24 hours.

“So my family is eating at Johnny Rockets and me and my sister had to use the bathroom,” she wrote in the overlay. “And she told me there was a room behind the mirror.”

She points to the bathroom and then apparently finds physical space for her phone’s camera to film what appears to be a creepy void beyond the mirror.

“That looks like a person,” she continued. A light seems to be shining behind a vent but is challenging to make out.

In the comments, viewers played detective, wondering if what they saw was accurate and debating the possibility of a two-way mirror being installed in the Johnny Rockets bathroom.

One person wrote, “Two-way mirrors don’t have a gap between ur fingers when u press it up against the glass.” However, many contradict his argument.

One other person comment suggested a little violence: “I woulda kicked the hell outta that glass.” “High key imma shatter the mirror if I’m in that position,” said another commenter. “If there’s nothing, oops.”

Another cosigned, writing, “Break it and find out.”

The Daily Dot has reached out to the original poster and Fat Brands, the parent company that owns the Johnny Rockets brand.

The post ‘Break it and find out’: TikToker seemingly finds creepy room behind a Johnny Rockets bathroom mirror appeared first on The Daily Dot.