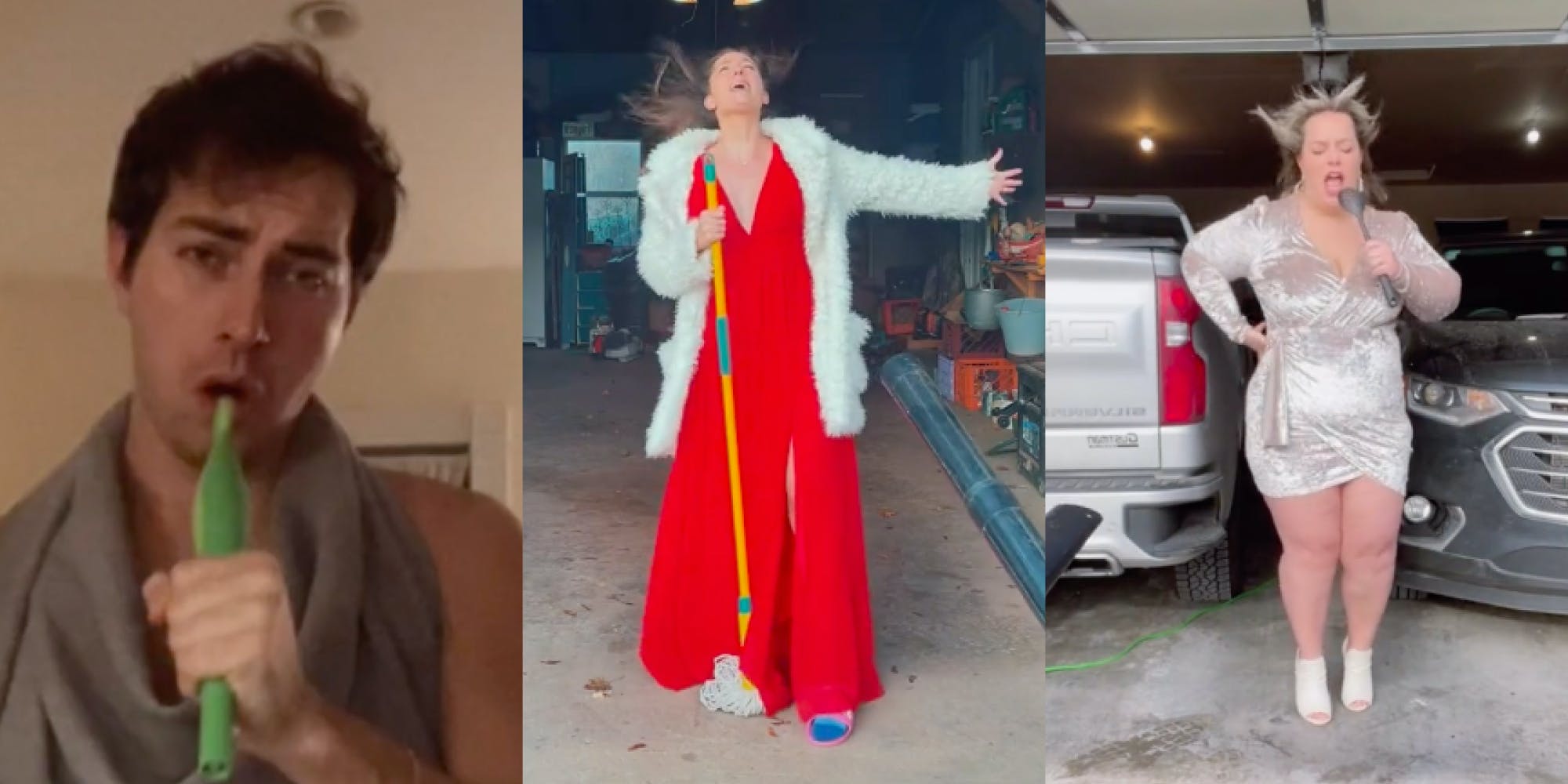 Celine Dion’s magnum opus, 1996’s “It’s All Coming Back to Me Now,” has become the sound stage for multiple creators’ recent viral videos across TikTok.

A trend has emerged on the app of people taking a hand at lip-syncing the song during its emotional climax and pretending to be on a stage. The videos have each garnered millions of views as people enjoy the make-shift productions.

One of the earliest creators to hop on to the trend was Jake Schuster (@Jakey_Breaky_Heart) who posted his rendition of Dion’s classic on Dec 15. The video he posted has since gained over 10.7 million views. In it, he is facing away from the camera as he wraps a blanket around his head. He is then seen taking off the blanket and wrapping it around his body to make a halter dress, which perfectly aligns with his caption “Can I get a little commotion for the dress?” His microphone stand: a Swiffer.

“The video blowing up was nothing short of wild. I made it as a joke, sent it to some friends, and they were like ‘You better post that.'” Schuster told the Daily Dot. “I did and I woke up to a million likes in a few hours. Likes are great, but the best part of it all is the positive vibes and the simple joy it brought. It was a silly video that shows the part of all of us we don’t always show, and that’s so cool. It’s relatable and goofy and I love that about it.”

The comments section commended his performance along with his styling choice, with one person saying that the dress he “made” is “better than most dresses on the rack.” Another applauded his “microphone,” writing in the comments: “I thought it was good with the dress but then the mic came off the stand and I clapped!”

Two other creators stepped up the production value by performing in the garage and enlisting more help to up the ante. Blaire and Luke Frey, @ketchupwiththefreys, recorded Blaire in a crimson red gown with a white fur coat paired with bright pink slides as she lip-synced, “Baby, baby, baby! When you touch me like this/And when you hold me like that/It was gone with the wind/But it’s all coming back to me.” Her mic stand consists of a mop but her husband pulls a leaf blower into the frame and added a fan effect to the performance.

Her video was well-received with close to 8 million views and more than 975,000 likes.

Randi Bosin (@mrsbosin) posted a video on Thursday of her performance, with three extra hands. Similar to the Freys, a garage door opens to reveal Bosin with a purple blanket over her as she grips on to a broom and a serving spoon. Dion’s song crescendos and the blanket is pulled off to reveal a white velvet mini dress, another hand takes away the “mic stand” (broom), and the “fan” is turned on.

Dion herself has yet to acknowledge the trend going on. The Daily Dot has reached out to Frey and Bosin for comment.

The post Celine Dion’s ‘It’s All Coming Back to Me Now’ is having a TikTok renaissance appeared first on The Daily Dot.