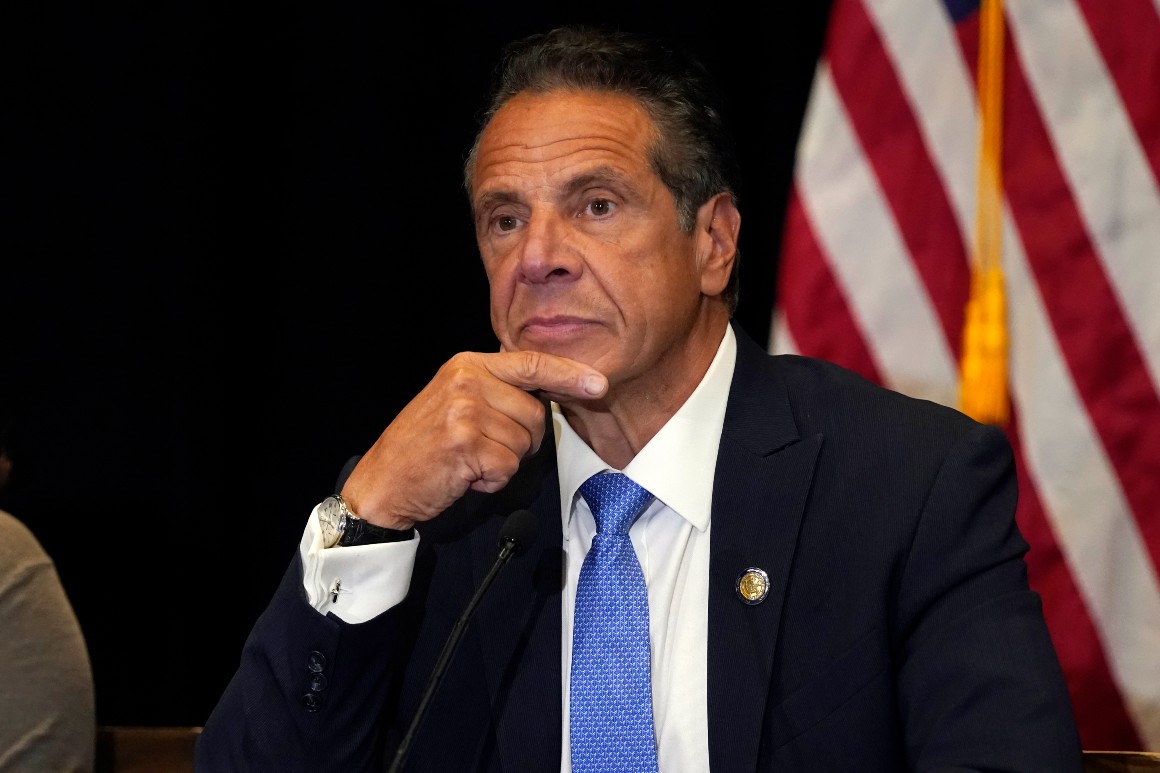 ALBANY, N.Y. –; Gov. Andrew Cuomo defended his legacy and lobbed one final round of criticism against the sexual harassment investigation that drove him to resign during a pre-recorded farewell address on Monday.

“;We have developed over the last decade a new paradigm for government in this state, a government that actually works, and actually works for people,”; said Cuomo, who is due to leave office at 11:59 p.m. Monday night.

Cuomo has spent years espousing his view that results are the measure of public officials –; don”;t pay attention to ideological purity or how the sausage gets made, he’d argue. Just assess how skillful somebody is at things like executing big infrastructure projects. Those projects received star billing as he summarized his tenure on Monday.

“;We”;ve embarked on the most aggressive green energy plan in the nation,”; he said. “;New transmission lines for a green grid, we are rebuilding our upstate airports, Buffalo is building back, a new LaGuardia Airport, first in the nation in 25 years, a new Penn Station.”;

“;We’ve shown potential,”; he said. “;We’ve shown that the New York spirit that reached for the skies, that refuse to accept defeat, that challenged possibility, that said no to the status quo, that took on the bureaucracy –; that still exists.”;

The governor, whose family has dominated New York politics for most of the past four decades, has always been particularly focused on his legacy and how it compares to that of his predecessors. He took the unusual step early in his tenure of controlling access to the archived records of his time as attorney general. His ability to negotiate more on-time budgets than any governor since Nelson Rockefeller, who resigned in 1973, was repeatedly cited as evidence that he was the only person who could manage a complex state.

If Cuomo left office two years ago, there might have been, fairly or not, a decent chance that historians would have looked kindly on him and his legacy.

Yes, there have always been questions about his governing style and his allies, perhaps most vividly illustrated by the arrest of former top confidante Joe Percoco on bid-rigging charges several years ago. But those types of criticisms often fade by the time obituaries are written –; almost nobody, for example, thinks of disgraced aides like William Cabin or Alexander Levine when Mario Cuomo”;s name comes up. The bullying employed by figures like Lyndon Johnson in an effort to get his agenda passed is often characterized as a positive, and contemporary questions of amoral and pragmatic deal-making are not usually the focus of Franklin Roosevelt biographies.

There”;s always been a question about how much credit Cuomo deserves for issues like the state’s minimum wage hike or marijuana legalization, both of which he resisted until the political tides shifted. But the types of history books Cuomo is fond of generally give the lion”;s share of credit for major initiatives to the executive who signed them into law.

And while Republicans and Democrats might debate whether all these initiatives have been good, there”;s no denying that there have been more of them than under any New York governor since at least Rockefeller.

In an interview in early 2020, before the pandemic started, top aide Melissa DeRosa reflected on Cuomo’s legacy. “;You look on the national stage and all of the things that the presidential candidates are talking about have been done in New York in the last 10 years,”; she said. “;If anything, I think we”;ve gotten a little spoiled here.”;

“;His place in the history books is already cemented,”; said DeRosa. “;The question is, what else is he going to get done with the remainder of time New Yorkers keep him in office? And I think the answer to that question is whatever he wants.”;

The issue now, of course, is that Cuomo allegedly did whatever he wanted, sexual harassment laws and other norms be damned. The best hope for his legacy might be that he”;s eventually treated as a Richard Nixon figure, widely reviled until some revisionist historians in future decades argue that his accomplishments shouldn”;t be completely ignored.

The governor made one final attempt to use his governmental soapbox to cast aspersions on the allegations against him and the investigation into them conducted by state Attorney General Tish James.

“;Facts still matter,”; he said. “;A firecracker can start a stampede. But at one point everyone looks around and says “;why are we running?”; The truth is ultimately always revealed. The attorney general”;s report was designed to be a political firecracker on an explosive topic. And it worked. There was a political and media stampede. But the truth will out in time. Of that, I am confident.”;