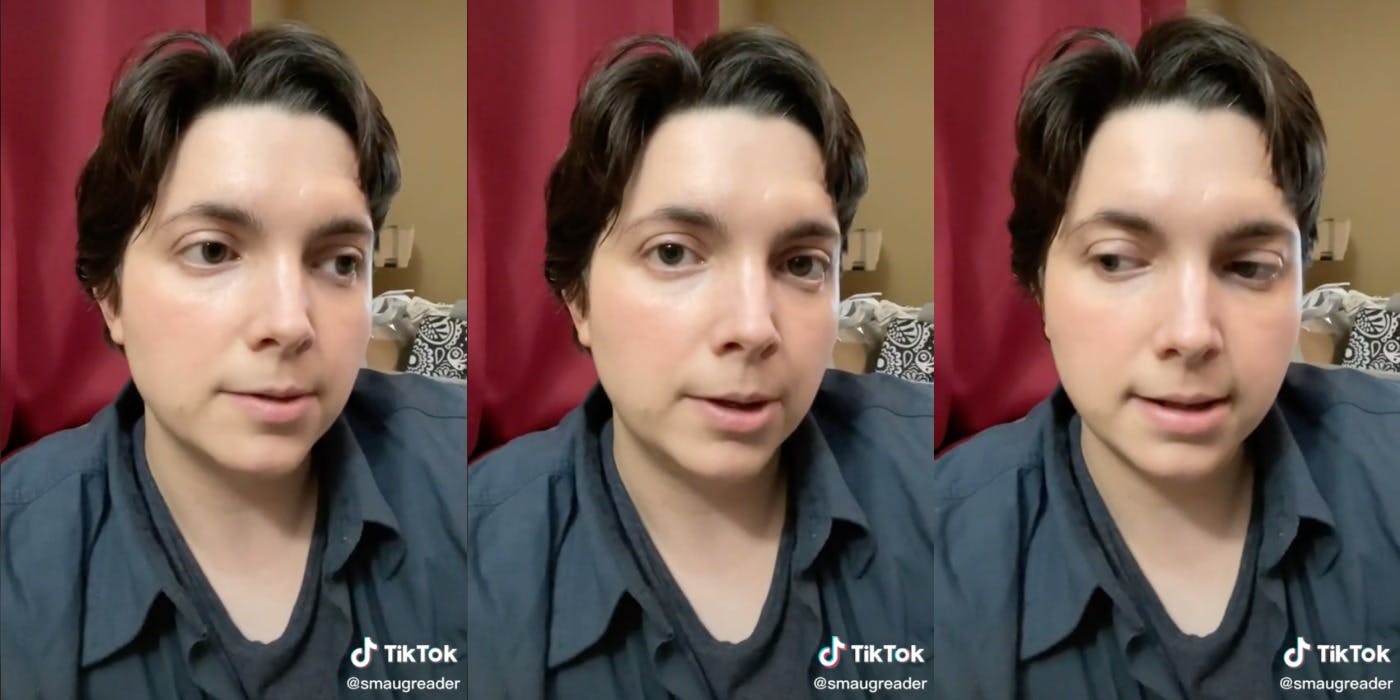 An intriguing viral video shows a TikToker positing a theory for why people in a separate video didn’t react appropriately to a fire alarm: America’s collective disaster training has conditioned folks to not respond to alarms, but to wait for further instruction before acting.

TikToker @smaugreader filmed and posted a video in response to another user @melanncoley, who posted a video of people not moving at all as a fire alarm sounded off.

“At what point did we collectively as a society stop reacting to fire alarms?” user @melanncoley asks.

They did cheer when the fire department arrived tho 🔥

The caption in @smaugreader’s response video reads: “Why we don’t evacuate from fire alarms anymore.” His video, which now has over 2 million views, draws a connection between modern active shooter drills and fire drills.

“When you take active shooter response training as an adult, the first thing they teach you is that if you’re bleeding out on the floor if you’ve been shot, you should not expect any medical assistance,” he says.

“The second thing they teach you is that during an active shooter event, and you see someone bleeding out on the floor from your hiding spot, or while you’re evacuating, you should not help them. The only thing you should be doing is run where you’re instructed to and when instructed to, and hide when and where instructed, or fight if necessary.”

#stitch with @melanncoley why we don’t evacuate from fire alarms anymore. #thisisamerica

He then runs through real-life scenarios where people, even children in crises, are instructed to continue their tasks and await instruction. He even describes a situation where he was encouraged to continue working while a “violent intruder” was in the office building.

“Anyone under the age of 37 has received plenty of training and messages during their developmental years that during a crisis, you do not run unless instructed to,” he continued.

More to the point, he said, many young adults have been trained since childhood to not respond to alarms by running. Instead, they were taught to respond by staying in place and waiting for directions.

“I do think this is why we’ve woefully under-responded to the pandemic, and I also think this is partly why there is a collective distrust of all authority,” he theorizes. “When you grow up knowing that you cannot expect help in a crisis and are trained not to help others during a crisis and realize there are penalties if you do run from a dangerous situation, you’re not going to run from a fire alarm.”

Some had some wild memories of school lockdown crises, including one woman saying, “In elementary school, the code over the PA was ‘teachers, the roses have been delivered.'” Another said, “In my school, it was ‘there is a visitor in the building.'”

Others wrote that their active shooter and fire protocols were different than what the TikToker described.

“Have you really been in all these situations?” one person asked. “I’ve never been in one where everyone went about like nothing was happening. Everyone ran. I’m confused.”

Still, more folks agreed that active shooting drills and events have desensitized young people into not reacting in a crisis.

“In my middle school they sent a student out to bang on doors crying for help during shooter drills to desensitize us,” one user shared. “We had to sit still and be quiet.”

The Daily Dot has reached out to @smaugreader for comment.

The post ‘Do not run unless instructed’: TikToker asserts active shooter drills train people not to react during a crisis, sparking debate appeared first on The Daily Dot.