We’ve said it before, but we’ll say it again: owning a pet is no joke, and keeping your pet safe and healthy is a lot of responsibility that is not to be taken lightly. A lot can go wrong when you have a pet. Whether it’s getting in a fight with your roommates over whose property the pet cat is, or getting in a fight after your roommate’s dog chases your pet cat out of a window, we’ve heard it all, and every incident like this can start a lot of drama.

We aren’t going to spoil the story, but the original poster of this Reddit thread has a cousin who recently bought a pet dog. This dog needs to be spayed, as he was likely bought from a puppy mill, not an animal shelter, and the cousin is asking their relative to pay for this operation, which is very expensive. Right off the bat, would you pay for your relative to get their animal spayed? In any event, let’s keep reading and find out what happened in the end: 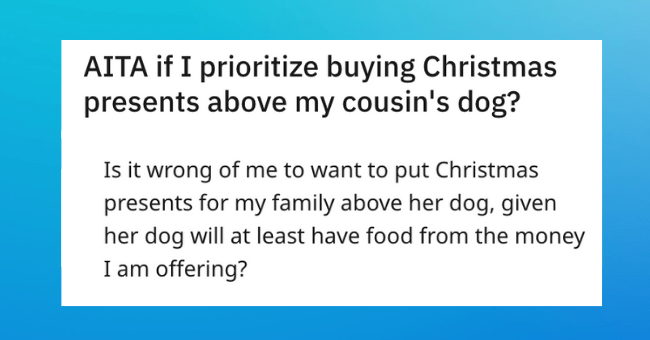