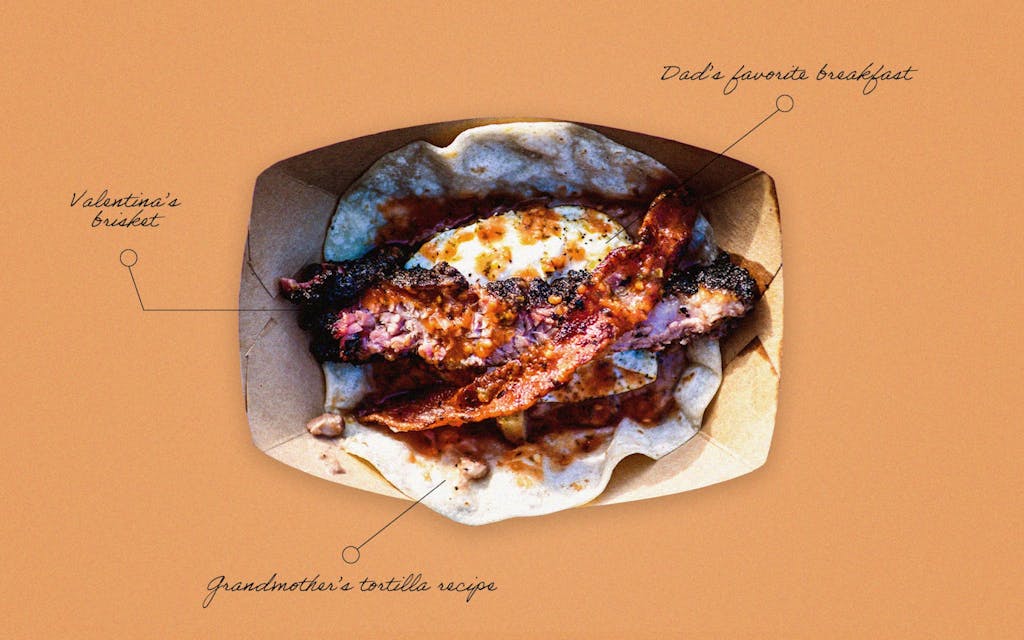 At Valentina”;s Tex Mex BBQ in Austin, the Real Deal Holyfield isn”;t just a breakfast taco. It”;s an expression of personal history for owner Miguel Vidal. His dad”;s favorite breakfast (huevos rancheros) served on a homemade tortilla (just like his grandmother made), topped with a slice of brisket (from his beloved barbecue restaurant) and named after a line from a Dr. Dre and Snoop Dogg song that came out when he was in high school in San Antonio. At Roots Southern Table in Farmers Branch, Top Chef alum Tiffany Derry serves her mother”;s gumbo with hot-water cornbread, creamed-corn ravioli and duck fat-;fried chicken, a nod to both her Southern roots and her culinary training in Europe. As a longtime food writer, I”;ve long appreciated the ways…;View Original Post

The post Don”;t Just Cook Dinner. Be the Architect of Your Meals. appeared first on Texas Monthly.