Alaina Marie Mathers, the adopted daughter of Eminem, had some good news to share with her followers on Monday.

And people are absolutely over the moon for the twenty-eight-year-old, who has been through a lot growing up.

Keep on scrolling for the good news.

Now, as we all know, Eminem is the adoptive father of Alaina Mathers, but he’s been through a lot in his life time, before and after he shot to fame. 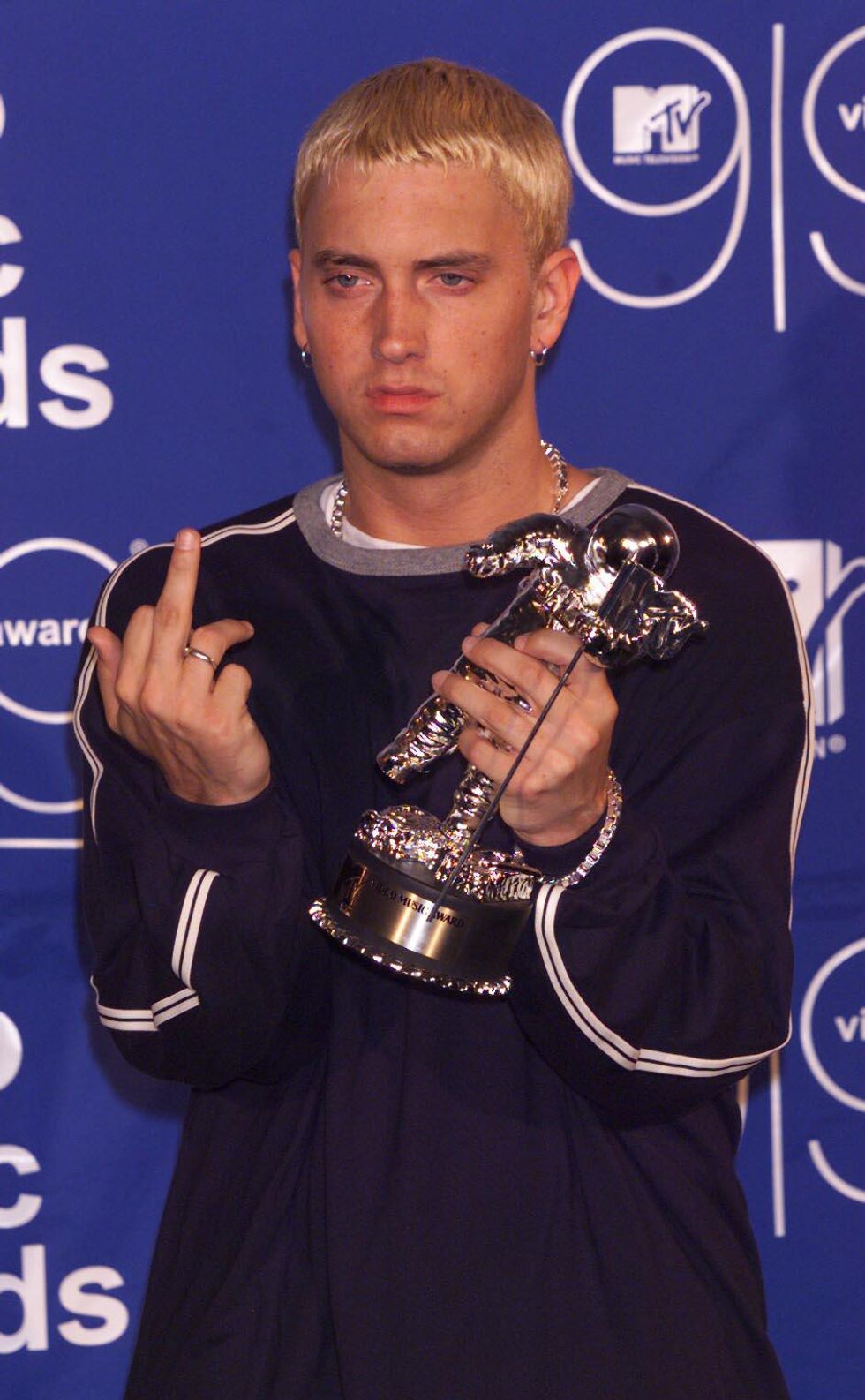 He’s been in and out of rehab and has struggled with addictions to prescription medications. But one area in which Eminem has consistently faced controversy is in his personal life.

Especially with Kim Scott, his ex-wife.

In fact, there have been some pretty public feuds between the pair, with many taking place in Eminem’s song lyrics. 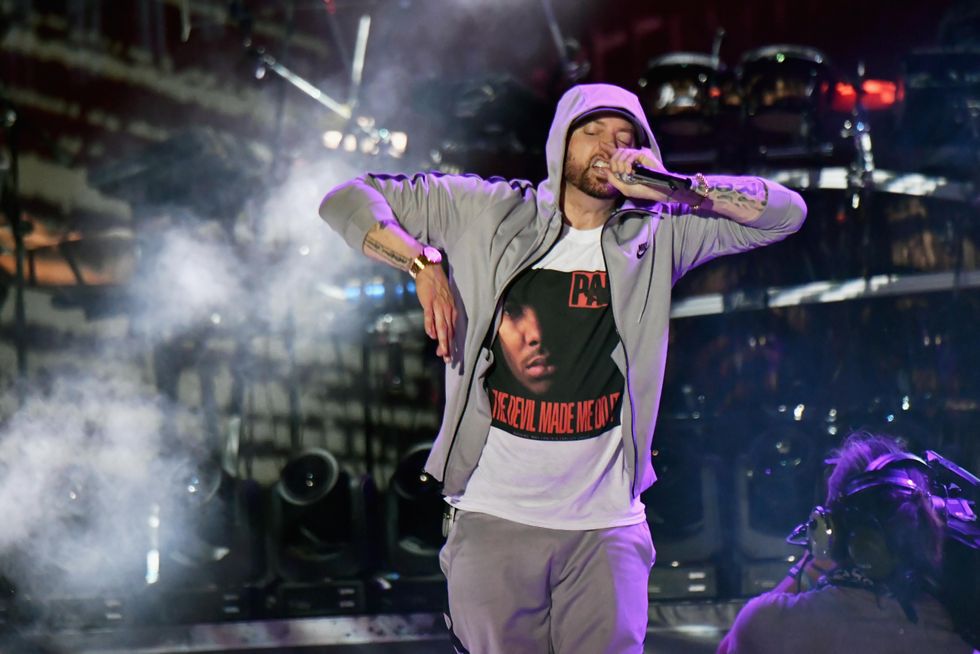 ’97 Bonnie & Clyde’ and ‘Kim’ came out in 1998 and follow a storyline where Eminem and his daughter go to the lake to dispose of Kim’s dead body. He wrote both songs when the couple was going through marital problems and Kim was preventing Eminem from seeing his daughter.

Kim and Eminem share a (somewhat unusual) family together, including 3 daughters.

They are all absolutely adorable.

But, it’s fair to say that they’ve all been through a traumatic time.

The pair’s eldest (pictured on the right), Alaina Marie, was the daughter of Kim’s troubled sister, Dawn, who died of a drug overdose. Kim and Eminem adopted her in 2002, and she’s now twenty-eight years old.

Stevie, aged eighteen, is the daughter of Kim and her brief-fling, Eric Carter. Eminem legally adopted Whitney too, and they co-parented the teen.

And finally, his biological daughter…

Hailie Jade Mathers was born in December of 1995.

People definitely loved the rapper as a pappa bear.

He’d always been known as something of a hard, scary individual, but fatherhood certainly brought out his softer side.

He definitely loves his children with all his heart.

In fact, two of Eminem’s most popular songs, “Mockingbird,” and “Hailie’s Song,” are inspired by the birth of his daughter, and feature heart-wrenching lyrics about his experience of fatherhood.

Hailie herself has chosen a pretty surprising career. 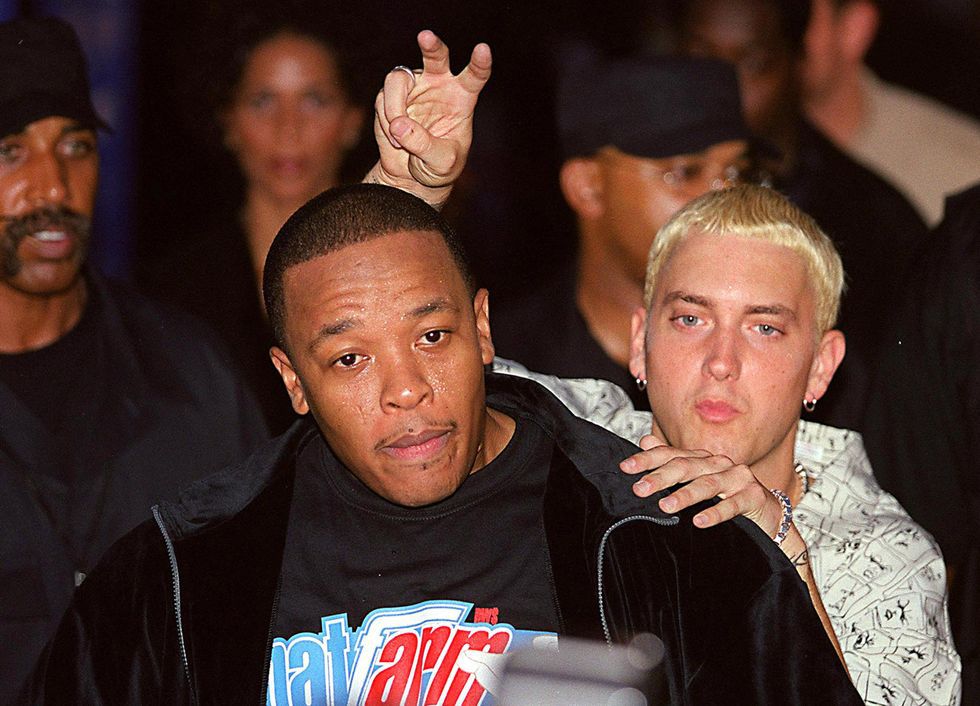 Instead of following in her father’s footsteps to musical stardom or choosing a more conventional career path, Hailie has, instead, taken on an industry that’s pretty controversial – and distinctly millennial.

Eminem’s daughter is an Instagram influencer.  And a pretty successful one at that.She currently has an unbelievable 2 million followers on the photo-sharing platform. And fans are feeling pretty old now that she’s twenty-five…

However, Hailie has been the reason for some of Eminems feuds. 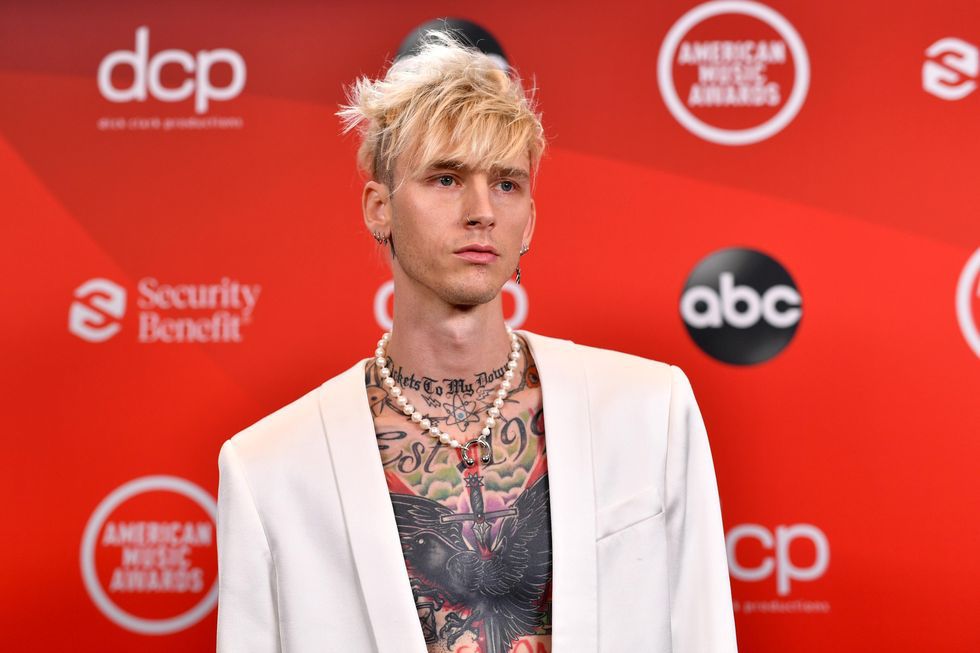 Back in 2012, rapper, actor and fashion icon Machine Gun Kelly was 22, and tweeted about the then 16 year old Hailie.

He obviously had something to say…

Eminem never publicly replied to the comment however in 2018, MGK prodded the bear once more when he subtly shaded the seasoned rapper in Tech N9ne’s song ‘No Reason.’ The verse was supposedly a direct reference to Eminem’s ‘Rap God’. “I pop cherries and pop stars, you popsicles is not hardPopped in on the top charts out the cop carTo remind y’all you just rap, you’re not GodAnd I don’t care who got bars”

In 2018, Eminem released his album Kamikaze.

On it, he finally calls out MGK for the comments he made about Hailie on the track “Not Alike.” 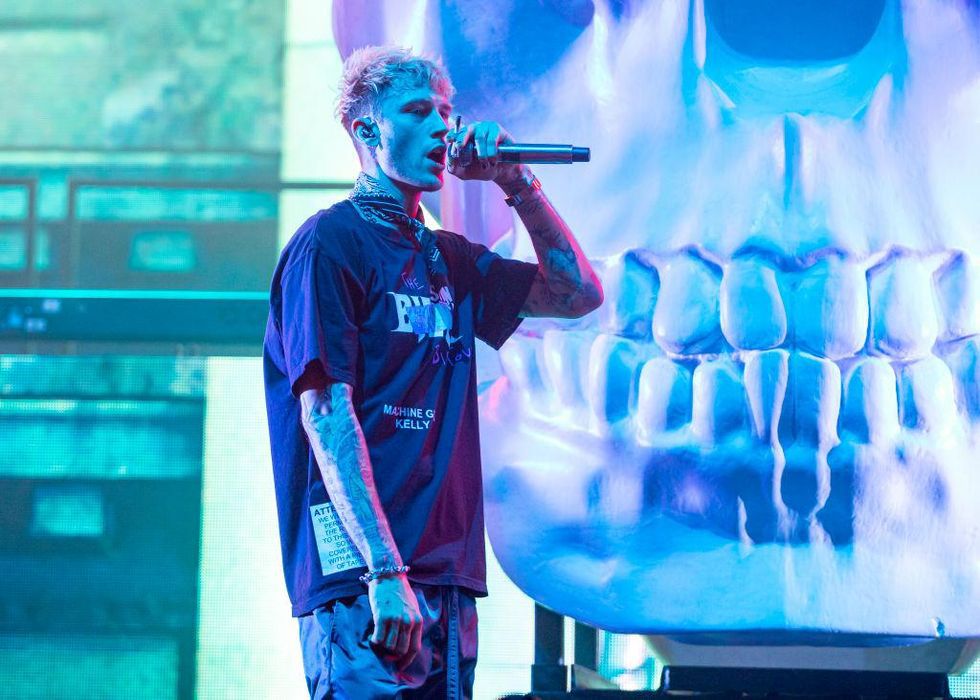 “Rap Devil” calls out Eminem for taking so long to respond to a tweet.

It left people shocked, and many were reminded what an incredible lyricist Eminem is.

Eminem stated his feelings about the feud in an interview.

However, the damage was done and people were sensitive about how protective he was over his daughters.

So when Hailie began posting bikini photos on her instagram, people began to issue warnings…

The photo showed Hailie in a white bikini and bucket hat…

People were hesitant to compliment the young woman, aware of Eminem’s reaction in the past.

He definitely has people nervous… 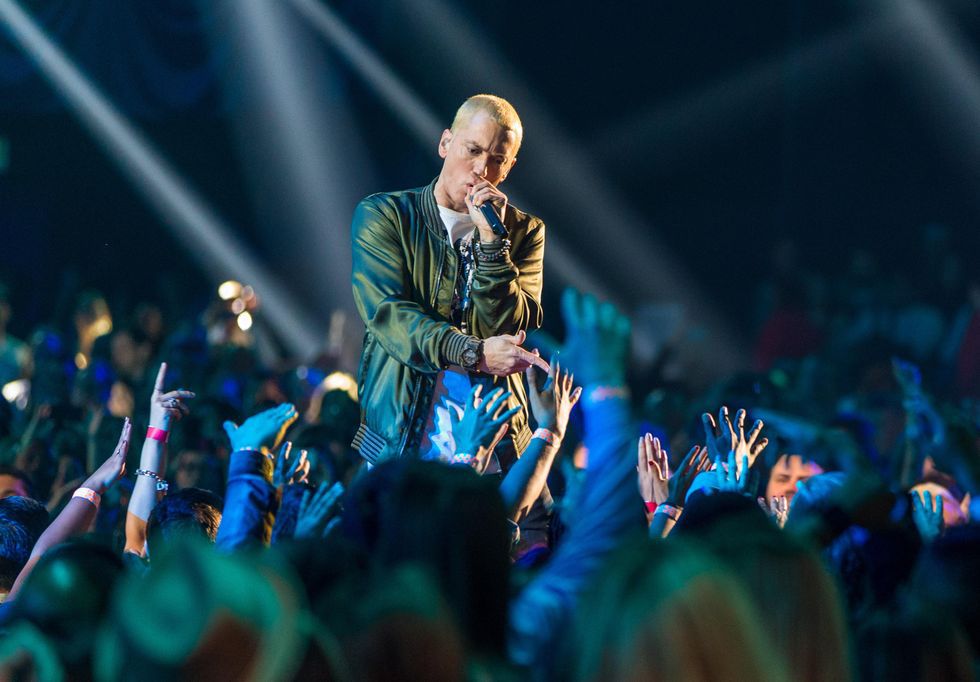 But what can you expect? He’s been through hell and back for her…

And now, his adoptive daughter Alaina Mathers has announced some news of her own that has people so happy for her.

And she truly deserves all the happiness in the world. Scroll on to see the pics for yourselves.

Eminem has been a part of Alaina’s life since she was born.

And he made it his mission to ensure she knew she was never at fault for what her mom, auntie, and Eminem himself, went through in regards to addiction. In raising Alaina with Kim, they came across some hurdles, because Kim too, suffered from substance abuse, just like her sister. “You can never let a child feel like it’s her fault for what’s goin’ on,” he said in a Rolling Stone interview.

It’s safe to say that he has always been there for all his children, adopted or not.

And he wouldn’t ever want what they saw as children to make them feel as though they aren’t loved. Because they always have their pappa.

But, Alaina has someone else in her life, as well.

Her boyfriend Matt Moeller.And he loves her very much.

Or, should we say fiancé?

And it comes after Alaina announced on her Instagram on Monday that she’s engaged to Matt.

Too adorable, we know.

The couple have been together for 7 years, and it was their anniversary on July 27.

Their relationship always flourishes, and it’s so refreshing to see.“While my love for you has somehow grown over these last 7 years, one thing has remained the same – you are my favorite person. You are my best friend, the best fur dad, and the best partner. Thank you for loving me as effortlessly as you do. Happy anniversary, ILY,” she wrote on an anniversary post in July.

“This moment. this life❤️ yes a hundred times over. I LOVE YOU,” she wrote on her Instagram caption.

And the picture is just as adorable as the caption.Congratulations Alaina and Matt, we are so happy for you.