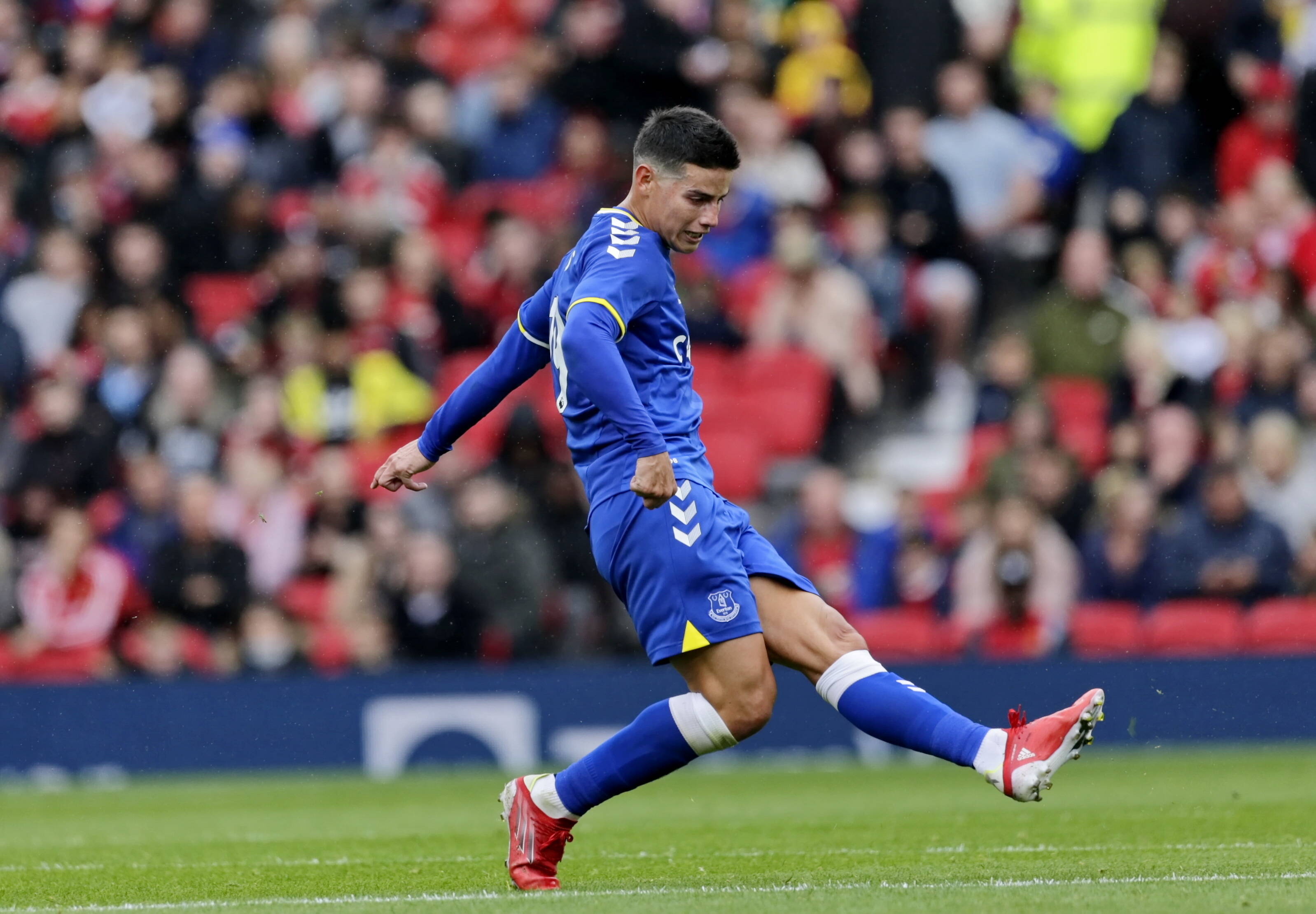 Rodriguez, who joined last summer from Real Madrid, is facing an uncertain future at Goodison Park. He is yet to feature under Rafael Benitez and was linked with a move away from the club during the summer.

In his first season at the Merseyside club, Rodriguez only showed flashes of brilliance but failed to maintain consistency.

Townsend, however, feels that Rodriguez is fully focussed and he is confident that Benitez will integrate him when he feels the moment is right. He has hailed him as a fantastic player, and suggested that he has worked really hard in training during the international break.

“He’s a fantastic player,” said Townsend to the Daily Mail.

“Everyone knows what James can do. I’ve had the pleasure of playing with him in the pre-season games. He’s still at the club and he’s fully focused.

“He’s trained really hard during the international break as we all have and we’re all looking forward to seeing what we can achieve this season. James is no different.

The Colombian, who is reportedly on £200k-per-week wages, has to break bread with Benitez, who apparently is not a big fan of the player.

His situation at the club hasn’t been helped by the exit of Carlo Ancelotti, who was a key factor in bringing the playmaker to Goodison.

Rodriguez is being linked with a move to Istanbul Basaksehir, but Benitez has suggested that a transfer is not easy. The Spaniard admits that there’s no doubt about his quality, but whether he can knuckle down and show the intensity in his approach is a big question.

Last season, Rodriguez showed that his touch, vision and range of passing are of top quality. At the same time, he is not known to be a willing runner, and at times hinted that he was struggling with the physicality of the Premier League.

Benitez must find a way to integrate him into the squad, but unless the 30-year-old adapts to the new methods, he will find if really difficult to continue his career at the Merseyside club.