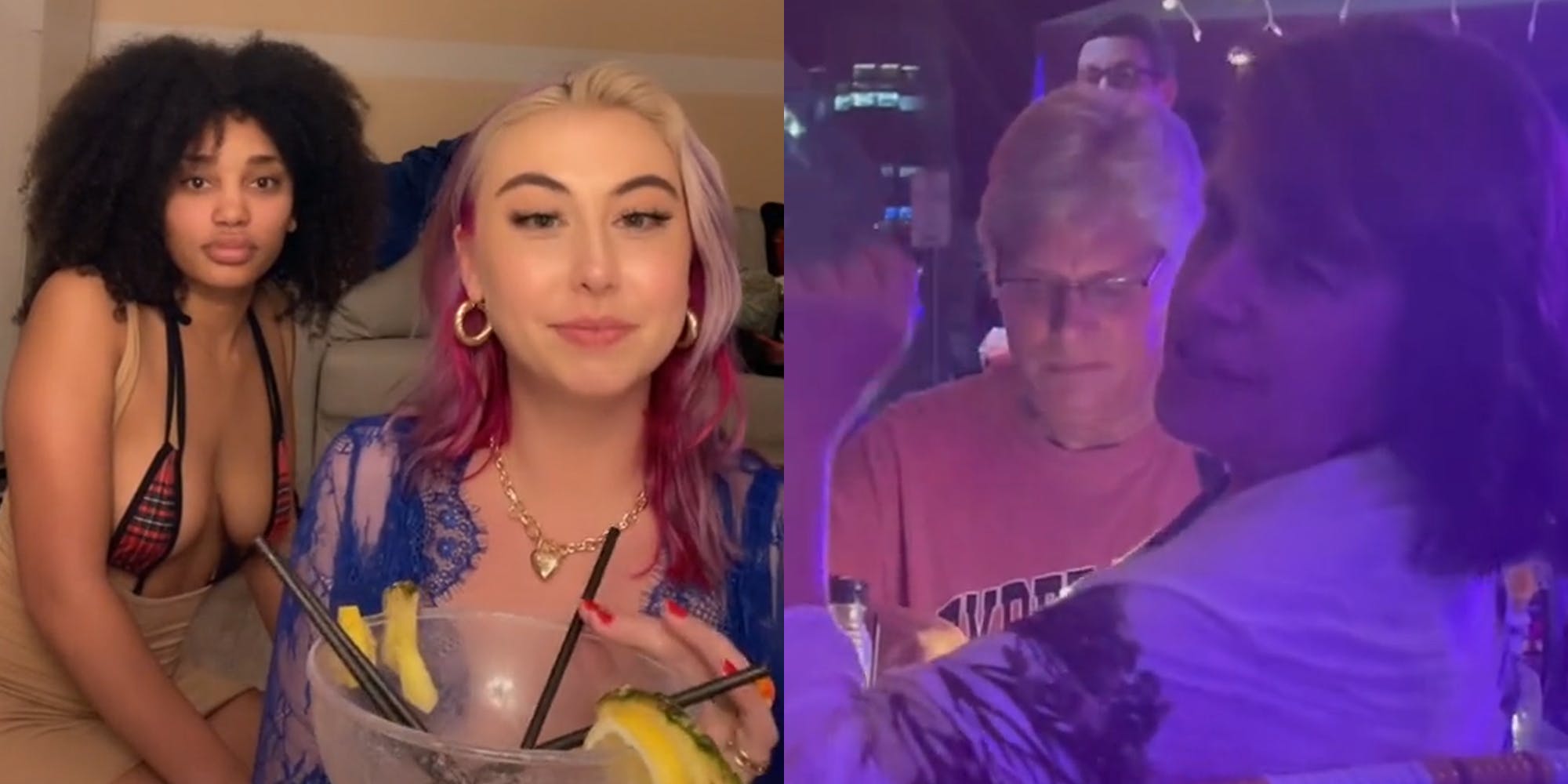 A now-viral video shows two TikTokers documenting an interaction between them and a middle-aged woman they describe as a “Karen.”

The video, which was posted by user @mostlycolorsandglitter and on Tuesday had over 150,000 views, shows the woman telling the two TikTokers that she is “sorry for [them]” before both TikTokers jump in to tell the whole story.

fuck this Karen & her shaming us for our beach wear, this is truly a sign when someone is miserable w/ themselves😄🌟💕@dionnej4 #greenscreenvideo #fuckyou #karen #miami #bodyshaming #bitch #vacay #loml #fiance #livingourbestlives

“Fuck this Karen & her shaming us for our beach wear, this is truly a sign when someone is miserable w/ themselves,” @mostlycolorsandglitter wrote in the caption. The TikToker said the video was taken at the bar and restaurant of a Miami hotel, which is adjacent to the beach.

TikTok users took to @mostlycolorsandglitter’s defense, saying that both TikTokers were right for wearing beachwear at a property near the Miami beach.

“She caught her husband staring,” theorized one user. “That’s why she’s all mad.”

“ITS MIAMI LIKEEEE??? Sooo many ppl are dressed in minimal clothing there?” noted another commenter. “If they don’t like that they should go to boca raton [another Florida city].”

More commenters explained that, for those unfamiliar with Miami, it’s common to wear beachwear throughout the city due to the proximity to the beach and the city’s notoriously hot weather.

“Born and raised in Miami beach. your outfits are the norm,” one commenter wrote. “THEY must be the tourists hahaha they weren’t ready.”

Others still said that no matter where the video took place, the woman would not be in the right to make a comment about what the TikTokers were wearing.

“Girl people go to dinner like that in nyc. No beach needed,” one TikToker said. “Why does it bother someone what a person is wearing? I don’t get it.”

“I don’t see the issue wearing whatever bathing suit you want if you’re not at a place for children,” remarked another.

“If the restaurant did not have a dress code and they allowed you to sit/order, NO ONE should be saying anything to you,” explained a user.

However, the occasional user took the Karen’s side.

“It’s like respect your elders,” wrote a TikToker. “Stop being annoying drunk girl. It ain’t cute.”

Most TikTokers in the comments were overall supportive of the video’s posters—and their outfits.

The post ‘F*ck this Karen for shaming us for our beach wear’: Woman shames TikTokers for wearing bikinis to beach bar appeared first on The Daily Dot.