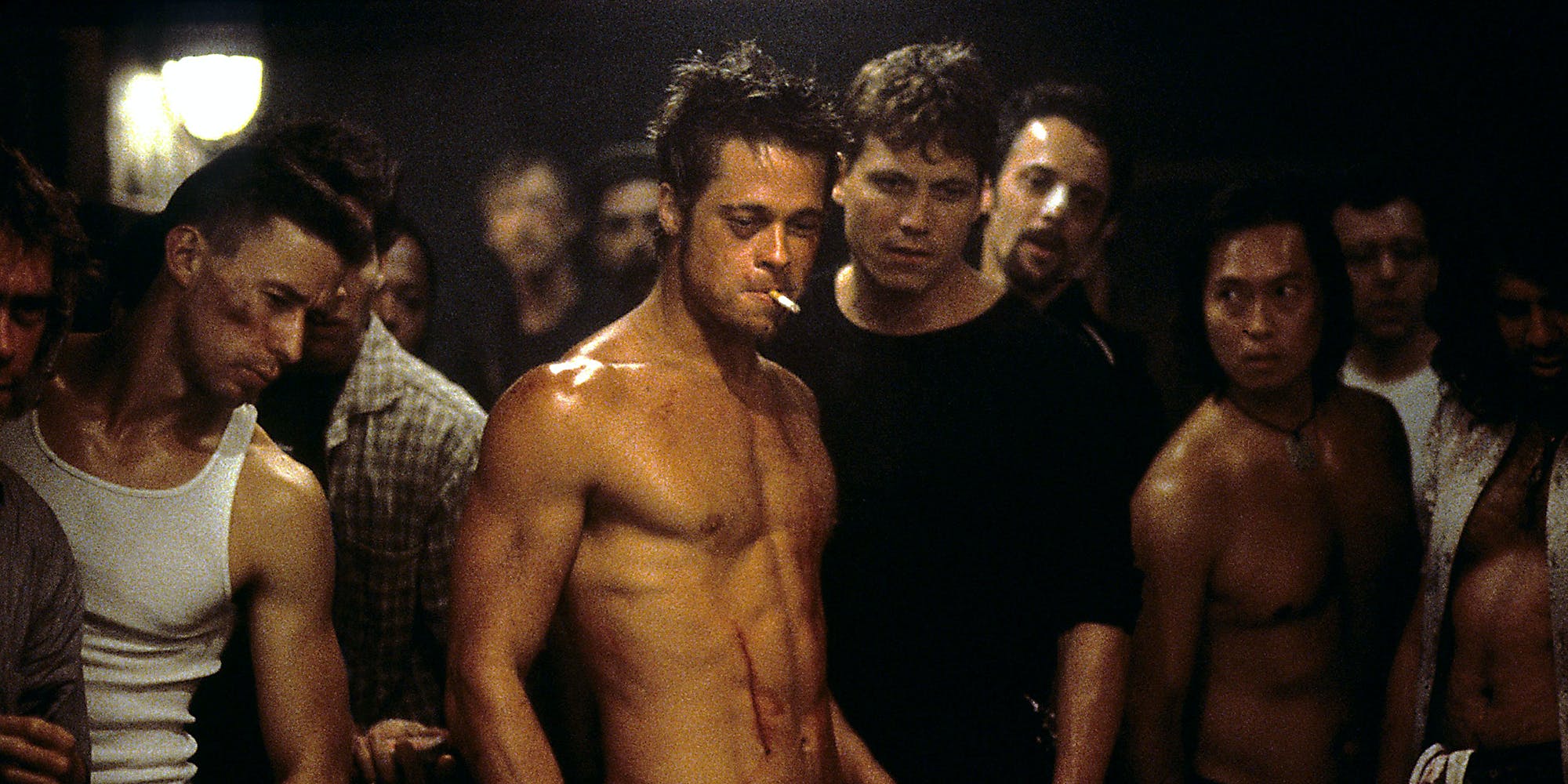 Is there such a thing as a movie that, if someone likes it, immediately raises some kind of flag? It’s a conversation that seems to come up on Twitter every few months, especially with the pandemic leading to a lot of us visiting or revisiting older movies, but the debate has begun again as a prompt for “green flag movies” leads to questioning the prompt itself.

On Sunday, writer and director Sam Perez (@HosteenCholo) took to Twitter to offer a prompt for people to engage with. If there are certain movies that might make you raise an eyebrow if people love them, what are the ones that would immediately enamor them to you?

“Hey Film Twitter, I got a question,” he wrote. “We all know red flag movies, Fight Club, The Joker, etc, that we can all spot on sight, but is there any green flag movies? Movies that you hear someone say that makes you instantly trust or like a person?” 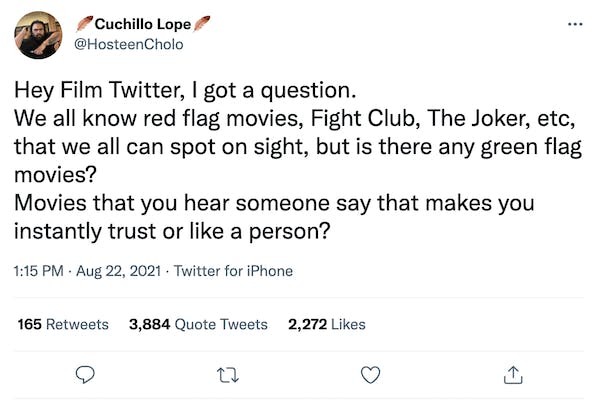 Some people, including Joseph Gordon-Levitt, took Perez’s question to heart and offered up some popular, well-liked films. Even if they didn’t necessarily agree with the prompt being presented, they offered up some suggestions.

This isn’t a movie, but if people recognize that animation is a medium and not a genre without me having to coax them that’s an instant green flag!

Anyway my only green flag movie is The Fast and The Furious: Tokyo Drift https://t.co/xwd7VLN3mB

The idea of a red flag movie is pretty absurd to me 😂 different ways to process a film. Although if someone told me they loved the fast and furious films or green street I would leave immediately.

If someone told me they loved The Other Guys I would probs like them more.

But far more people took issue with the question itself and the idea that liking a movie in and of itself is a red flag.

this is not how liking things works pic.twitter.com/vTEk5YGX7M

This “red flag” movies and music shit is so stupid cuz it’s all case-by-case.

Is there anything wrong with enjoying these movies? No.

But do you run into weirdos who see characters in films you’re not supposed to identify with and they base their personality around them? Yeah. https://t.co/Ikk6BLKBdN

And there was some who poked fun at the kinds of movies people did list as “green flag movies.”

The only “red flag” here is that almost all of the movies listed in these replies are for children. pic.twitter.com/To2lebh6rl

“All the ppl responding unkindly are the exact ppl that the DIRECTOR OF FIGHT CLUB is talking about,” @thejanets tweeted, referencing an interview from Fight Club director David Fincher. “You’re not supposed to love and connect with Tyler. Or Bojack, or Rich Sanchez or… I could go on. Smh. Y’all the real weirdos.”

The debate over red flag movies might be silly, and as critics have already pointed out, liking a movie like Fight Club or Joker in and of itself might not mean much; aspects of both of those films—such as the direction, the production design, or the performances—offer plenty for people to become enthralled by.

It’s also one piece of a larger conversation on media literacy that’s emerged, often to the detriment of entertainment discourse. Some people believe that liking something that might be violent or include themes of something like toxic masculinity (even if the film is a critique of that concept) means that you implicitly endorse everything the film is depicting. While it’s rarely the case, critics argue that the backlash to many of those stories might ultimately lead to a kind of censorship (both self-imposed and from studios not wanting to touch thorny stories) and the creation of stories that, while they might be unproblematic, might not also be all that interesting.

The post Film Twitter prompt resurfaces the debate that ‘Fight Club’ is a ‘red flag movie’ appeared first on The Daily Dot.