Kishida, 64, beat the minister heading Japan”;s COVID-19 vaccination program, 58-year-old Taro Kono, in a runoff poll among LDP lawmakers and rank-and-file party members, winning by 87 votes according to broadcaster NHK World. Both men failed to get a majority of the votes to secure party leadership in the first round.

Despite being supported by the largest faction in the party, Kishida had lagged behind Kono in opinion polls weeks before the election, only gaining a lead just days before the vote.

Since the LDP dominates the lower house of the National Diet, Japan”;s legislature, Kishida is virtually guaranteed to succeed Prime Minister Yoshihide Suga. Suga bowed out from the leadership race earlier this month amid anger over his government”;s COVID-19 response. 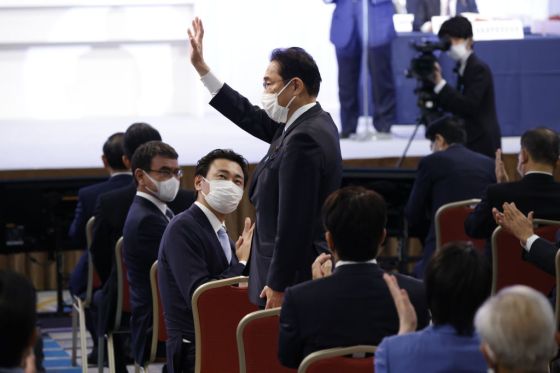 The LDP”;s new leader is expected to secure the party another four years in power in the general elections this November. The main opposition party–;the Constitutional Democratic Party (CDP)–;has struggled to poll above 10%.

Kishida is a nine-term member of the House of Representatives. He was also a close aide of Shinzo Abe, Japan”;s longest-serving prime minister, and was in charge of foreign affairs for more than four years under him.

Although he has advocated continuing dialogue with China, Japan”;s top trading partner, Kishida has promised to take a harder line militarily and supports boosting Tokyo”;s defense budget amid increased Chinese activity near islands in the East China Sea that are claimed by both countries.

Read more: How the Pandemic Forced Japan to Rethink Its Work Culture

On Japan”;s economy, Kishida says the country needs a “;new capitalism“; to help narrow a wealth gap that has grown wider with the COVID-19 pandemic. He has called for a major stimulus package, as well as for the setting aside of $90 billion to fund scientific developments and renewable energy. He has also advocated moving away from the deregulation of business that began in the early 2000s.

Jeffrey Kingston, the director of Asian Studies at Temple University in Japan, says attending to Japan”;s wealth inequality will help improve the LDP”;s image, which can boost its chances of maintaining power when the general election comes in November.

Kishida has to “;hit the ground running,”; Kingston says. “;He has to deliver. He has promised these things.”;