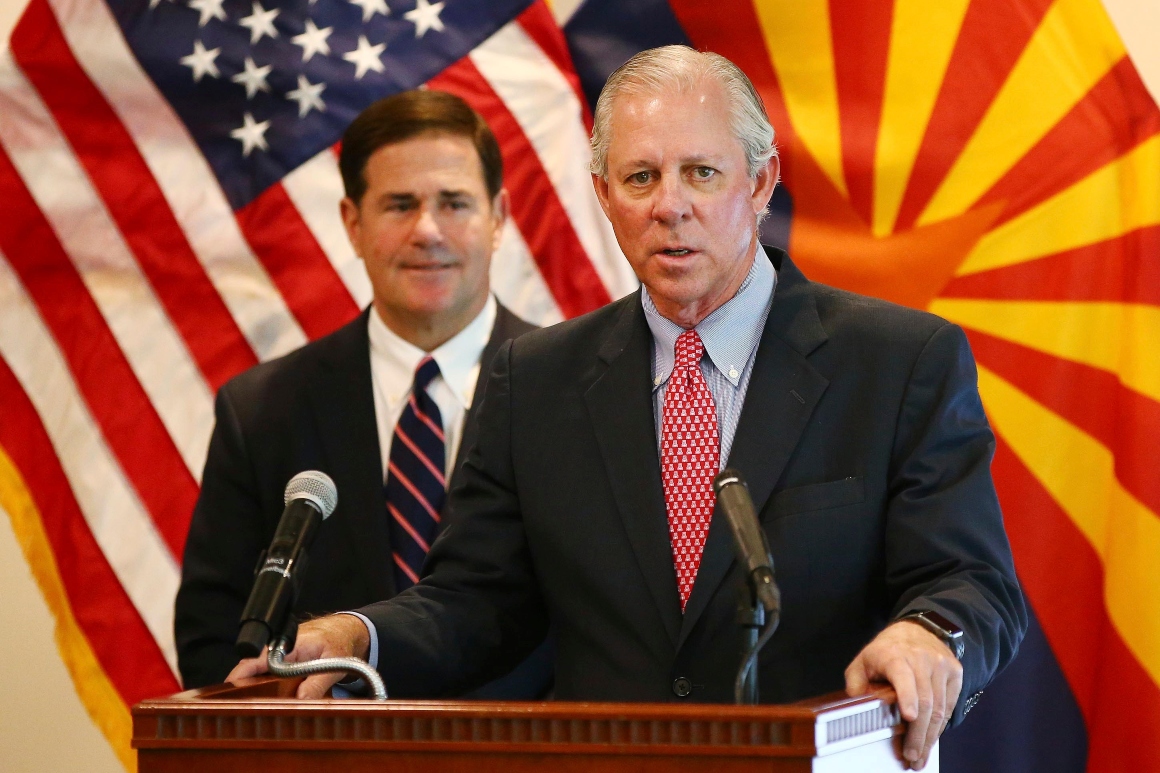 College presidents fighting Covid-19 outbreaks in many Republican-controlled states are pushing to enact campus vaccine mandates but are running into a problem: lawmaker resistance.

School leaders in states like Florida, Arizona, Texas and Tennessee hoped to bring life back to their dorms and lecture halls this fall as the pandemic appeared to wane earlier this year and vaccinations were on the rise. Instead, they”;re in the throes of combating the highly contagious Delta variant and vaccine resistance, scrambling their defenses and pleading with GOP lawmakers who left them to fight the disease without strong safety protocols.

Following advice from the Centers for Disease Control and Prevention, college presidents have been pushing students and staff to wear masks and enticed students with prizes if they get inoculated against Covid-19. But unlike schools in many blue states, several institutions in conservative regions lack the stick that might nudge holdouts, which in some cases represent 40 percent or more of the student body. Some university leaders are publicly battling mask and vaccine bans; others are taking a quieter approach and speaking with government officials who have significant sway over the budgets and operations of public universities. None of the leaders have successfully moved the needle for rescinding standing laws.

In Tennessee, which is leading the nation in new Covid-19 cases per capita, the University of Memphis requested Republican Gov. Bill Lee use a workaround to the standing vaccine mandate ban: add the vaccine to the list of other required vaccines for state university students.

"I hope you will give serious consideration to this request, as I firmly believe it an essential step in protecting the safety and well-being of all those on college and university campuses in Tennessee," University of Memphis President M. David Rudd wrote in an August letter to the governor. "It has never been more important for us to follow the medical advice from credible authorities we have trusted for decades."

The governor’s office did not respond to the university’s request.

In Arizona, where under 60 percent of people have gotten one dose of the vaccine, Republican Gov. Doug Ducey and other GOP lawmakers have stood firm in banning vaccine mandates –; even after colleges requested mandating shots and testing requirements for the unvaccinated.

"We are certainly not anti-vaccine," a spokesperson for Ducey’s office said in an interview. "We are anti-mandate."

The University of Arizona publicly said it would enact a vaccine mandate if not against state law. But lawmakers haven’t budged.

"There are many different vaccines that have saved needless suffering and death, and they’re safe and proven," said Robert Robbins, the University of Arizona’s president and previous chair of the Department of Cardiothoracic Surgery at Stanford University School of Medicine, in an interview. "I’m obviously an advocate for vaccinating everyone."

Some universities have tried to implement stricter Covid-19 precautions but quickly backed down once they realized the political consequences.

"We took some bullets, politically," said an official from one university that tried to implement a mandate in a Republican state. "It was like we were poking the governor and state legislature in the eye."

But schools that require vaccines have a distinct advantage over those that don’t, Barkin said.

"Ultimately, there is a business cost to be paid here," she said. "The human health side of it, of course, is the most important to us in university public health, but there is an economic risk as well."

University officials worry that college enrollment, and tuition dollars, are at risk the longer the pandemic continues. 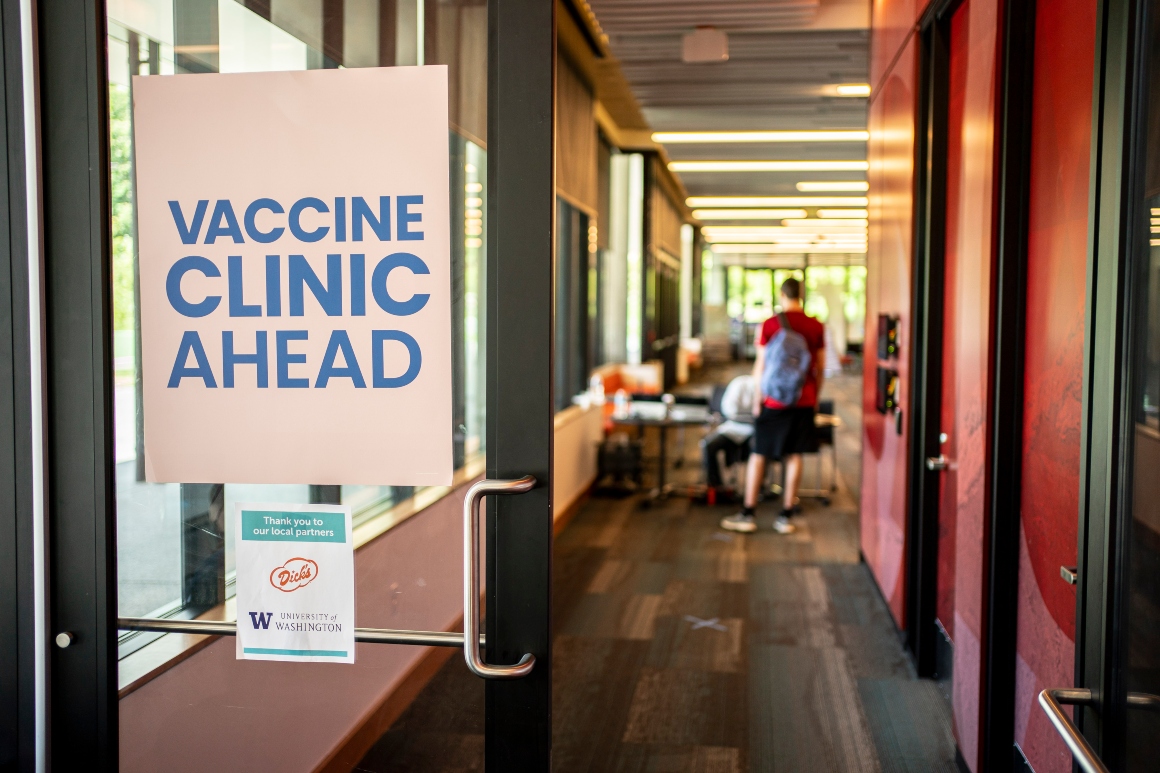 Robbins, from the University of Arizona, emphasized that Arizona’s governor has been a great partner through the pandemic, but said politics and disinformation sometimes get in the way of good public health policy.

"Our hands are so tied," one University of Arizona spokesperson told POLITICO.

The University of Arizona still communicates with the state government about Covid-19 every day, but Robbins said he doesn’t anticipate the Covid vaccines being required alongside measles, mumps and rubella vaccines anytime soon.

Some colleges want the option of implementing a vaccine or mask mandate after seeing counterparts in other states report a bump in vaccination once they started to punish the unvaccinated. In Pennsylvania, the state system of higher education has argued that it cannot mandate vaccines, even as university officials say they want them. But neighboring states Maryland and New York have allowed state colleges and universities to have vaccine and mask mandates since the spring. Nearby Ohio –; with a Republican trifecta controlling the state government –; allowed mandates once the Pfizer vaccine was fully approved by the FDA.

"We would seriously consider a change in policy if the legal situation changed," said Lynn Schoenberg, dean of students at Stetson University in Florida, where mask and vaccine mandates in schools and colleges are banned.

Before the fall semester began, Stetson used the strongest language it could legally muster on its website, saying the university "expects" students and faculty to get vaccinated.

Stetson University and the University of Arizona have not yet had major outbreaks that overwhelm their mitigation strategies, and other schools in states with vaccine mandate bans are also finding some success containing the spread.

Still, university leaders are concerned about how the virus will affect campuses in the coming months.

Young people in the ICU for Covid-19 often say they wish they had gotten the vaccine, Robbins said. "I don’t want that to happen to anybody. So we’ll continue to do everything we can to keep the university open, make it as safe as we possibly can," he said.