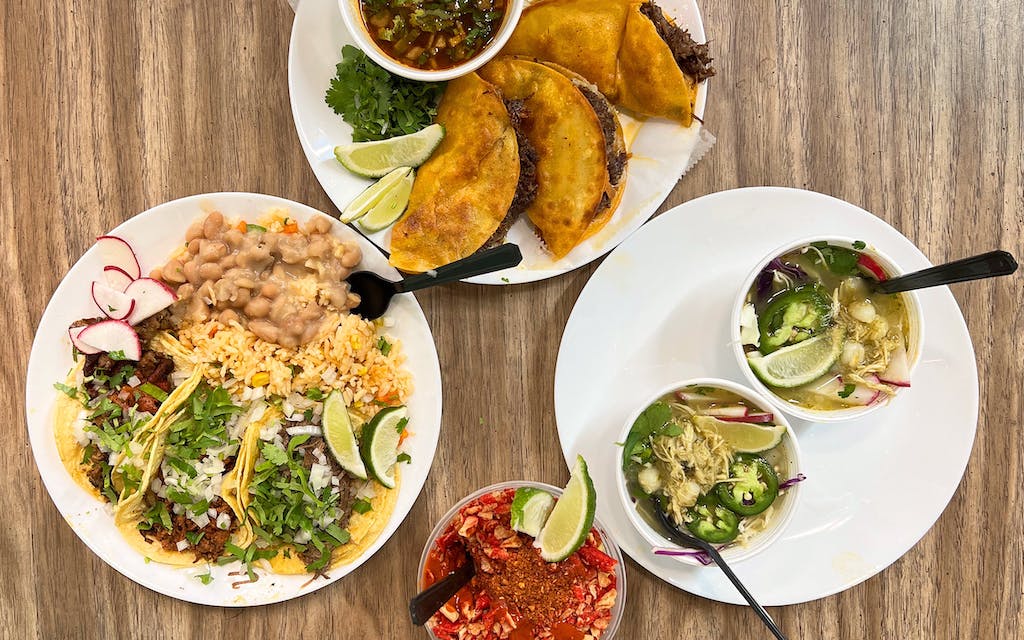 Angel Fuentes was an unhappy computer programmer in 2007. He was 21 years old and decided the only way out of his rut was to quit his job and go into the service industry. Fuentes, a native of Monterrey, Mexico, started at the bottom: the dish pit. It”;s a grueling kitchen position that requires speed and expertise. Washing dishes during a restaurant rush can leave an individual haggard, maybe shaken. But those who “;put in their time”; while harboring ambition often move up the ranks to line cook and even chef. For Fuentes, the journey led to his own taqueria. Actually, two of them.First came Mariachi”;s Dine-In, a vegan-friendly spot in a Fort Worth gas station that opened in July 2018. It was a bright…;