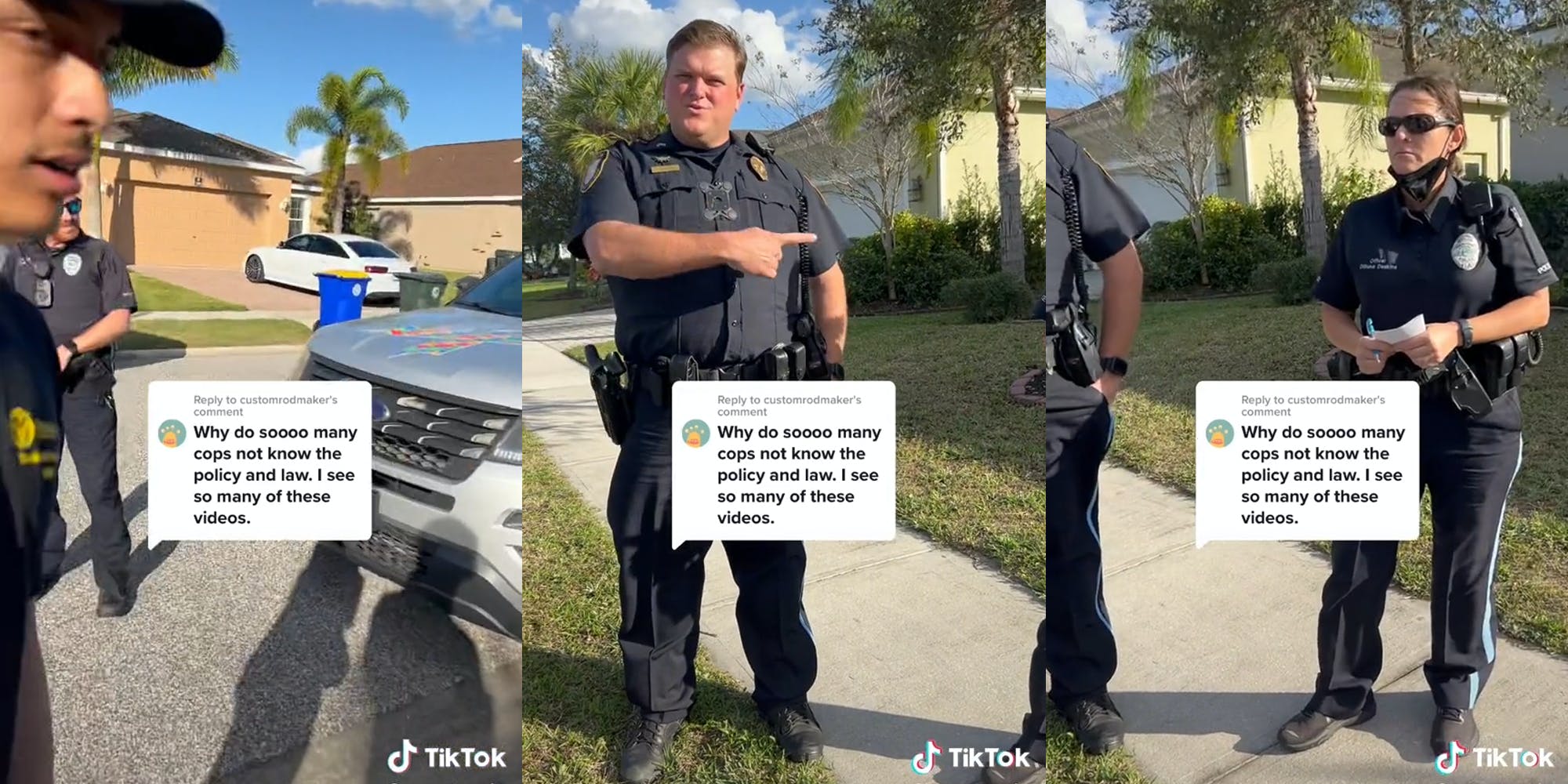 A door-to-door solar salesman went viral after posting a TikTok in which he claimed he “didn’t feel safe” with two police officers after they allegedly refused to give him their badge numbers.

The short clip, which has amassed nearly 4 million views, shows two police officers standing alongside TikToker @maxattaccks as the police sergeant approaches. He gives the TikToker his badge number when prompted, and, upon hearing from @maxattaccks that the officers present allegedly didn’t give their badge numbers, he provides theirs, too.

The TikTok appears to have been posted in response to a comment on a previous TikTok, with the commenter asking: “Why do sooo many cops not know the policy and the law [sic]?” The other TikTok in question is a fuller version of the same clip. The full video suggests that the TikToker was stopped by one of the police officers because he allegedly didn’t have a permit to make door-to-door solar sales. The TikToker admits this in the clip, saying he was unaware a permit was needed. He says that’s “my bad” and that he’s “leaving right now.”

In the extended clip, which has over 200,000 views, one of the police officers says, “As soon as I’m done with you, I’ll absolutely give you my badge number.”

Reply to @huntris Pt.2 Of Cops that were harassing us 😭 (the sergeant was chill) #d2d #police #solar

Off-camera, another person asks if the officer could process the inquiry faster, saying that they did not want to waste the officer’s time, to which the officer responded, “You’re already wasting my time.” The TikToker asks twice if they’re being detained, but the officer appears to not answer, instead continuing the discussion with the person off-camera. After the sergeant provides the badge numbers of all the police present, @maxattaccks tells him he “feels a lot better.” In a comment on the second TikTok, @maxattaccks said, “Notice how I asked her if we were being detained and she doesn’t respond, The sergeant aimed to educate us and was respectful.”The TikToker later confirmed in another TikTok comment that the police department in question is the Rockledge Police Department in the state of Florida. There is no publicly displayed information regarding the department’s policy on officers providing badge numbers.

User @maxattaccks and Rockledge Police’s Communications Chief did not immediately respond to the Daily Dot’s request for comment via TikTok comment and email.

The post ‘He swagged up to the scene and just started solving problems’: Cops allegedly refuse to give TikToker their badge numbers—so sergeant gives out everyone’s appeared first on The Daily Dot.