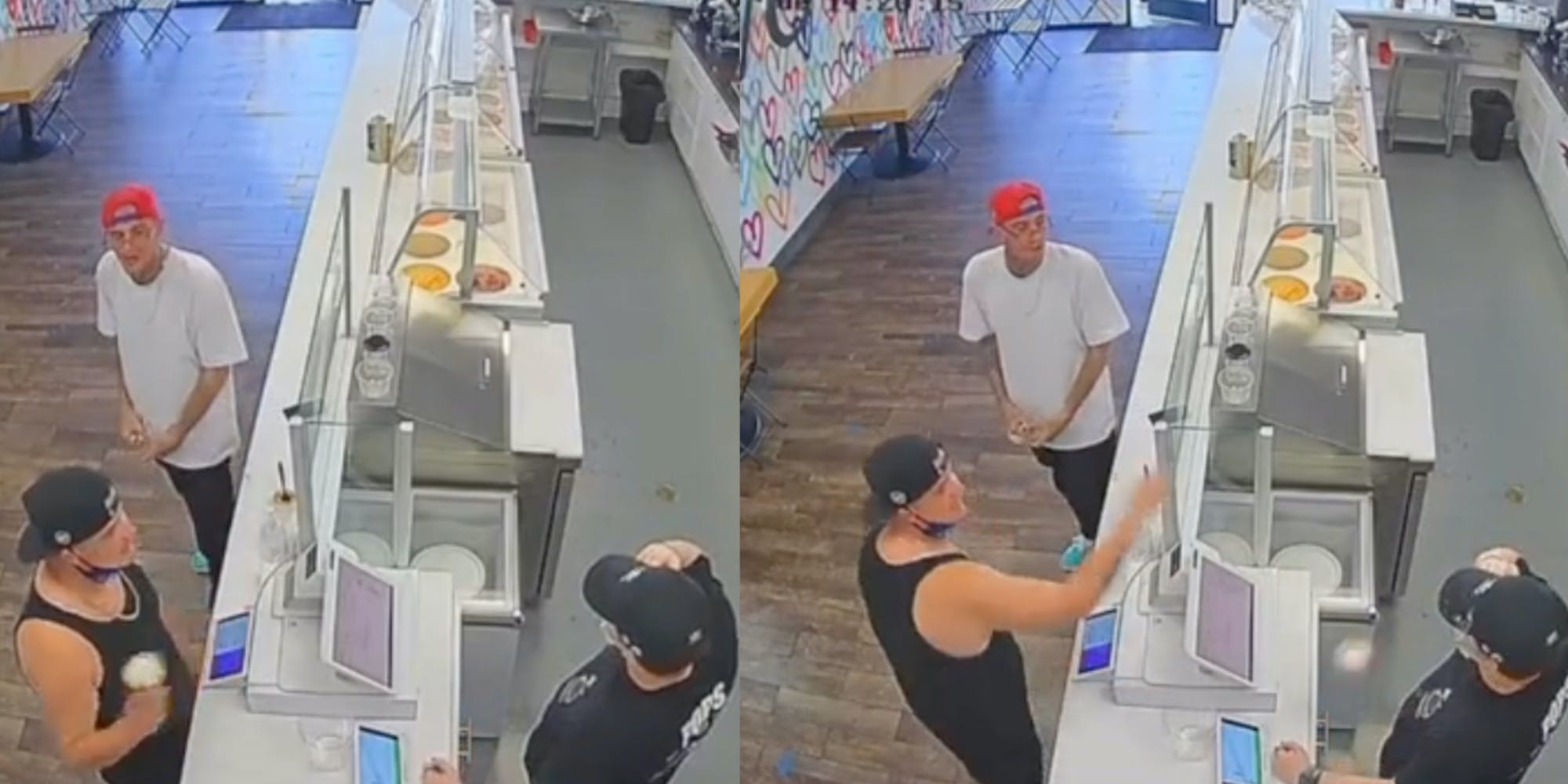 A viral video on TikTok is asking users for help in identifying a man who threw an ice cream cone at an employee of POPS Artisanal Creamery in Los Angeles.

An eight-second video featuring the incident was pulled from the ice cream shop’s security camera and posted to TikTok, where it amassed over 636,000 views. In the video, two male customers are standing by the store’s register. One of the men is holding an ice cream cone, which he throws at the worker behind the register. There is no audio on the clip.

After the man hurls the cone at the worker, he taps his apparent friend on the shoulder as he storms out of the business. He is not followed by the other man in the video.

“Please help up find this jerk,” the TikTok notes via the text-to-speech effect. “This happened at my friend’s ice cream shop in Van Nuys.”

“TikTok do your thing,” the TikToker who posted the video, @misohungry, urged in the caption. The TikToker also added a slew of hashtags to the caption, such as “#karensgonewild.”

Commenters are speculating why the man threw the cone and are expressing outrage on behalf of the employee.

“Who gets this pressed at an ice cream shop?” one person wrote, “Like bro get your vanilla bean and go on your way.”

“This makes me so sad,” another person commented. “No one should be treated this way, regardless of the situation.”

Others are simply commenting on the demeanor of the man’s apparent friend. “His homie wasn’t feeling what he did,” one speculated.

The Daily Dot has reached out to @misohungry.

The post ‘His homie wasn’t feeling what he did’: Male Karen throws ice cream at worker in viral TikTok appeared first on The Daily Dot.