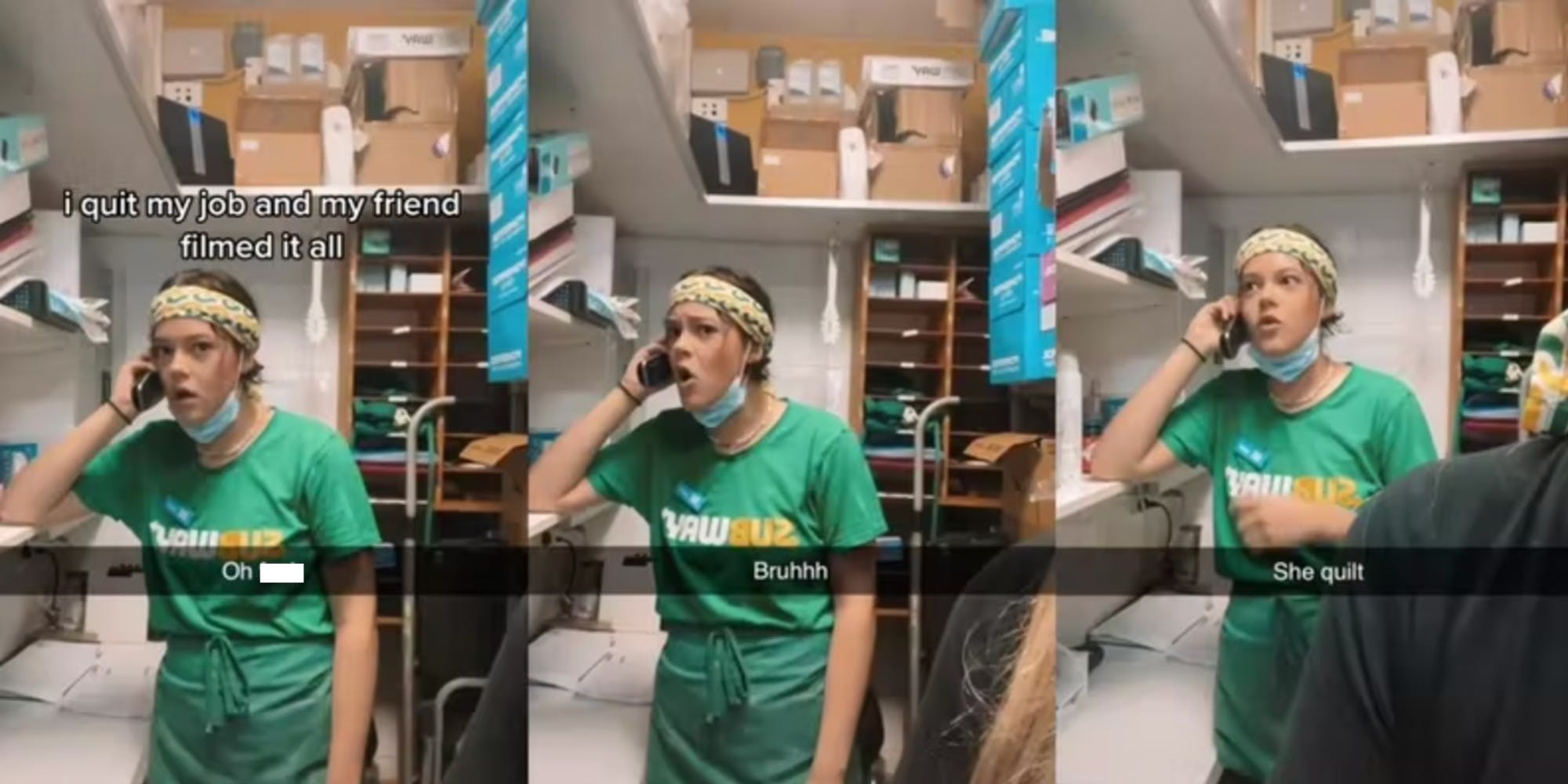 Viral TikTok footage shows a Subway worker quitting her job over the phone as her friend recorded the entire conversation.

In the video, Ava (@avathynne) can be seen wearing her Subway uniform standing in what appears to be the restaurant’s storage closet or management office. She is shown speaking with someone on the phone who seemed to be her manager.

The video received about 4.5 million views on TikTok as of Sunday. Ava has about 21,000 followers on the app and frequently posted about her job at Subway.

The recording started mid-conversation, with Ava saying on the phone, “I am taking this the wrong way. I am. I’m offended, and I’m hurt.”

Then Ava told her manager “today’s gonna be my last day.” She added that she’s getting “literally, literally bullied.”

Ava mentioned text messages that she had sent to the manager, but they hadn’t responded to.

According to Ava, she opened the Subway store every morning, so she shouldn’t have been treated the way she was.

She also said she was promised a raise by her manager, but she has yet to receive that raise.

“I thought you were an awesome person too, until I realized how shitty you treat me. Thank you for nothing,” Ava said, ending the call.

TikTok viewers applauded the Subway worker, saying she did the right thing by standing up for herself.

“Good on you for standing up for yourself!” one viewer commented on the video.

“When she has more manager skills than the manager,” another viewer said.

Several other viewers chimed in saying that Subway workers always seem to have bad experiences at work.

“i’ve never heard a good experience from any subway worker,” one user wrote.

“Subway is the absolute worst place to work. ive never met a subway manager/owner that actually cares abt their employees,” someone else commented.

Another Subway employee commented, “I asked for a raise at subway and got 24 CENTS like not even a quarter.”

“So every subway is the same huh,” another viewer said.

TikTok user @avathynne did not immediately respond to the Daily Dot’s request for comment via TikTok comment. The Daily Dot also reached out to Subway.

The post ‘I hate the way I get treated here’: Subway worker quits and calls out manager in viral TikTok appeared first on The Daily Dot.