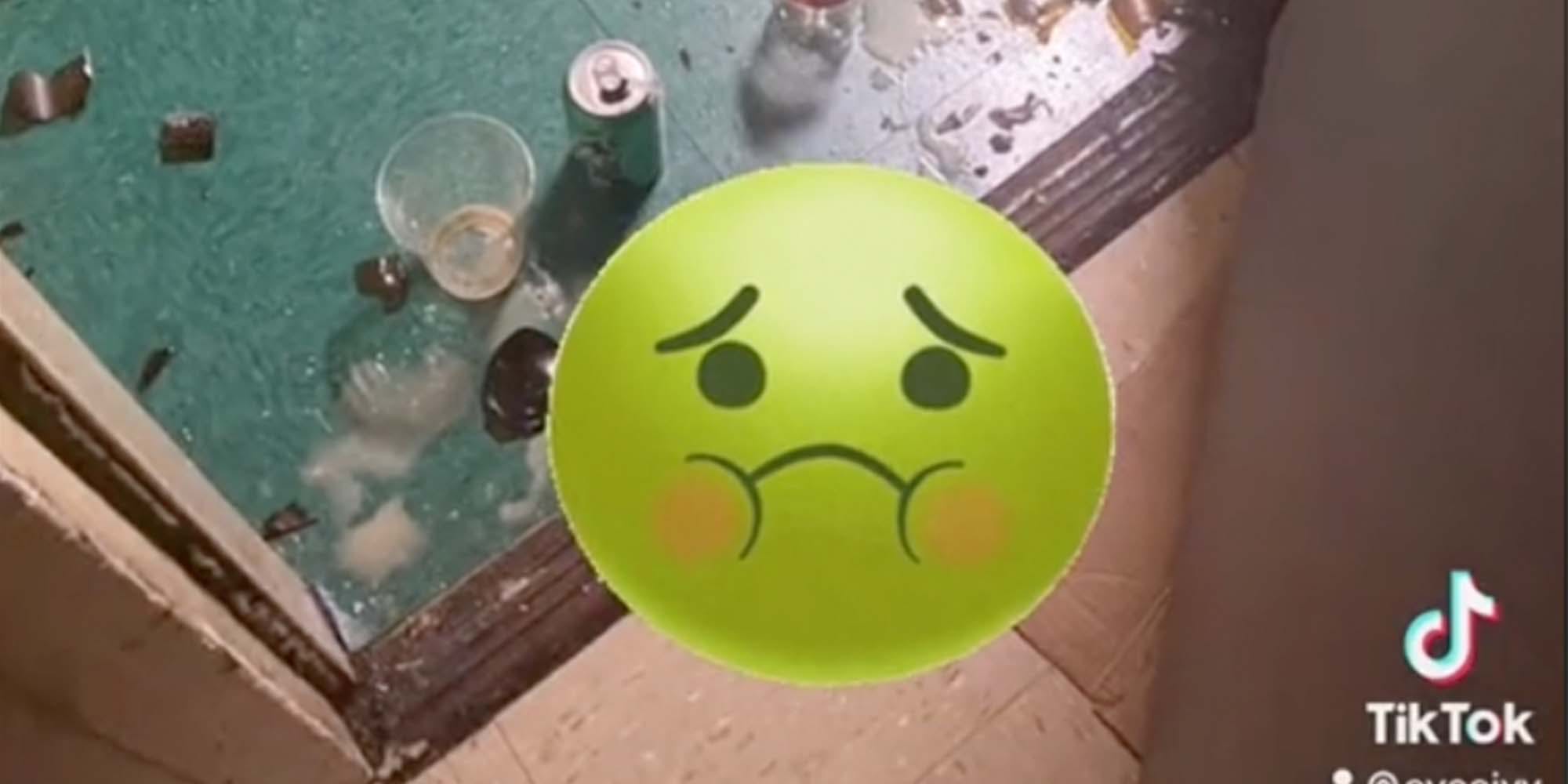 In a TikTok posted on September 3, @eveeivy shows her ex-boyfriend throwing drinks and trash at her door, and peeing on it.

Her caption states that she called the New York Police Department nine times, and that he didn’t stop harassing her until 3 am.

This is what a psycho path looks like. Stay far away from this guy. #harlem #heights had to call police 9 times this night he didn’t stop till 3am

In the video, a man is seen loitering outside the front door to her apartment and throwing liquids at her peephole. She said the harassment started at 1 pm.

In a comment on the video, @eveeivy said he is an “abusive ex,” and that she called the NYPD for help for “three hours” starting at midnight.

“No arrest[s] have been made,” commented @eveeivy. “This isn’t the first time he’s done this.” She said police finally arrived at 3 am, but the man had already left.

“I’m sorry NYPD failed you,” commented @iamkxm. “This is insane.”

Others suggested that @eveeivy open the door and throw hot food or water at the man. However, @eveeivy wrote in a comment that she had previously defended herself using pepper spray but was “locked up” for it.

“The police said leave the door closed till he leaves,” commented @eveeivy.

“I bet if it was Forest Hills or Manhattan NYPD would’ve come to the rescue,” commented @mean_ass_c.

In an email, the NYPD told the Daily Dot that the video does not give enough information for them to look into the incident and provide a comment.

If you are a victim of domestic abuse or want more information on domestic violence and resources for victims, contact the National Domestic Violence Hotlineonline or at 1-800-799-SAFE (7233).

The post ‘I’m sorry NYPD failed you’: Woman films ex-boyfriend harassing her, urinating on her apartment door in viral TikTok appeared first on The Daily Dot.