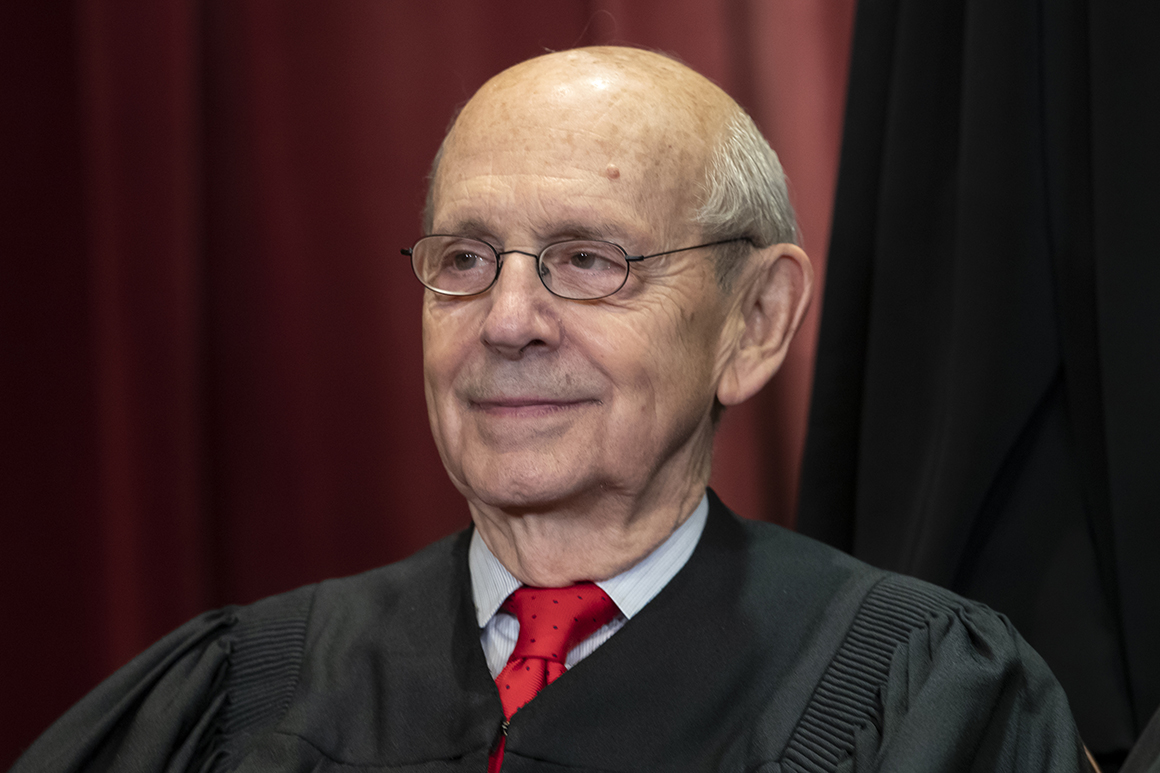 Supreme Court Justice Stephen Breyer on Sunday defended himself against progressives”; calls for him to step down while both a Democratic president and Democratic Senate are in power.

“;I didn’t retire because I had decided on balance I wouldn’t retire,”; Breyer said in an interview on “;Fox News Sunday.”;

The 83-year-old justice echoed his previous statements on the subject, saying he doesn”;t “;intend to die on the court.”; But he also wouldn”;t say clearly what his plans for retirement are.

Breyer said there are “;many considerations”; and “;many factors”; to when he”;ll step down, “;and the role of the court and so forth is one of them.”;

“;I can’t say I take anything perfectly into account, but in my own mind I think about those things,”; said Breyer, who has been on the Supreme Court since 1994.

Democrats stepped up their calls for Breyer”;s retirement in recent months, as a Democratic president would be able to nominate Breyer”;s successor and a Democratic majority in the Senate would be there to confirm them. They fear that Republicans might win a Senate majority in November 2022.

In the first of many calls from progressives for his retirement, Rep. Mondaire Jones (D-N.Y.) said in April there”;s “;no question”; that Breyer “;should retire at the end of this term.”; Rep. Alexandria Ocasio-Cortez echoed that sentiment in June, saying she was “;inclined to say yes”; as to whether Breyer should retire in the coming weeks.

Progressive activists and groups are wary of a repeat of the situation following Justice Antonin Scalia”;s death, when a Republican-led Senate declined to consider President Barack Obama”;s nominee to replace Scalia. They also have bitter memories of the situation after Justice Ruth Bader Ginsburg”;s death, when former President Donald Trump quickly pushed through Justice Amy Coney Barrett”;s nomination –; and the Republican-controlled Senate confirmed her just before the 2020 election.

But Breyer didn”;t signal much concern at the push from progressives to step down.

“;Well I think that they are entitled to their opinion. I think they –; and not only they understand the political world much better than I, they understand it pretty well, and there we are, what else do you want me to say?”; he said.