The Kardashian family are no strangers to photoshop, even if they don’t always admit that they use such tools.

But sometimes, they make some mistakes.

Like Kris Jenner, who posted an unedited photo of herself and Kim Kardashian with Chicago.Keep scrolling for more details.

Now, the Kardashian family are quite well known.

They’ve all starred in one of the most successful realities shows of all time and each of the sisters has a massive influence on social media.

They’ve most certainly pushed their way to the top of the ladder.

They’re truly impressive entrepreneurs and businesswomen. Whatever you think about them, you can’t deny that they’ve done well for themselves.

Because they’ve not always been as impressive as they are now. 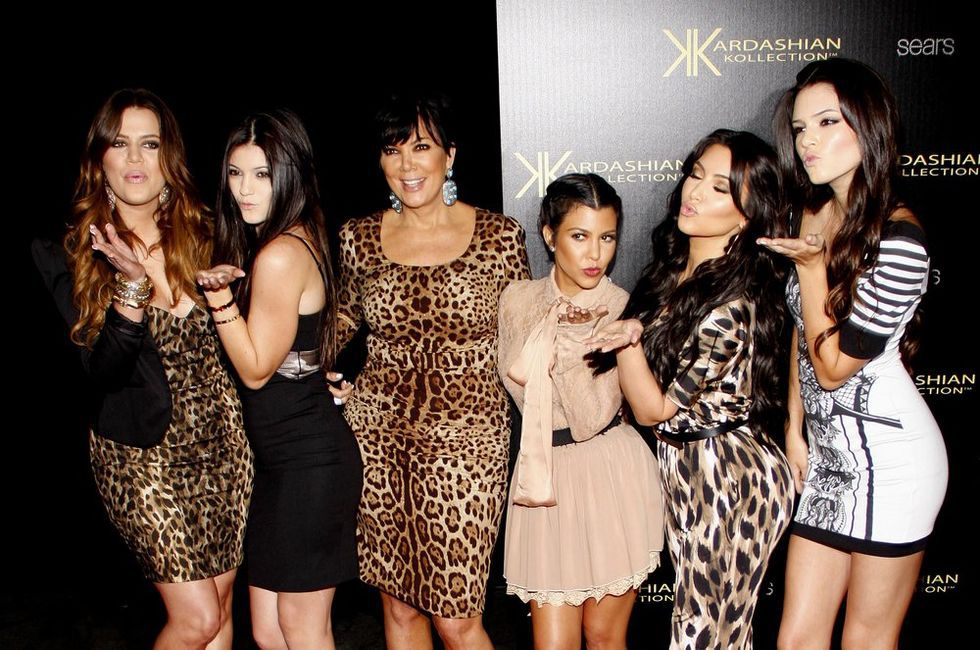 Sure, they’ve always had an element of wealth and fame – but back when Keeping Up With The Kardashians started, the sisters certainly weren’t the biggest Hollywood success story.

No matter what people have had to say in the past… 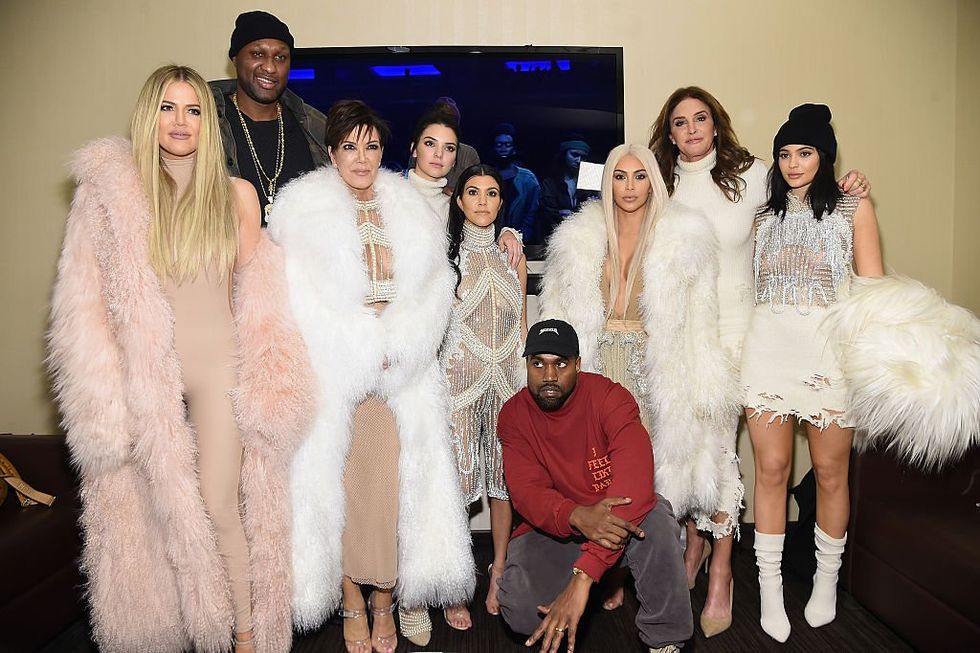 More and more, the family is being respected as major players, particularly in the realms of fashion and beauty.

We hear something new about their lives everyday.

The Kardashian-Jenners are never far from the headlines.

And they do get their fair share of criticism.

The Kardashians and their racism, cultural appropriation and overall problematic/tone-deaf behavior https://t.co/RtRevWThc5

Yep, fans are continually calling out the sisters for donning culturally appropriating hairstyles such as cornrows.

The famous family is often very open about the plastic surgery they’ve had done, as well.

But something that fans often point out is their excessive use of photoshop.

The second eldest of the clan, Kim Kardashian.

Who, despite what people think, is really quite clever.

Similarly to her younger sister, Kylie Jenner, the star now runs her highly successful beauty empire, KKW Beauty, and has established herself as a successful entrepreneur.

She never fails to impress people, either.

The reality star also reportedly began a 4-year apprenticeship with a law firm in San Francisco in 2019.

And she will be taking the state’s exams in 2022 in order to qualify. So, it’s technically not law school, but California is one of the only states in which you can still take the bar exam and train to become a lawyer without a college or law school degree.

Given the fact that she is hardly strapped for cash, and has 4 kids, a beauty empire, and prying paps on her plate…

It’s pretty clear that she is passionate about her future law career.

But, not everyone was on board.

What law school accepted Kim Kardashian when she doesn’t even have proper creditinials? Can u imagine busting ur as… https://t.co/JnXwuB2T1N

The general consensus was that she should “stay in her lane” and that anything that veers outside the beauty and fashion-related spectacle she has created from her reality TV fame, is totally unacceptable for her to pursue.

Although, she has done some good for people with her law practice. 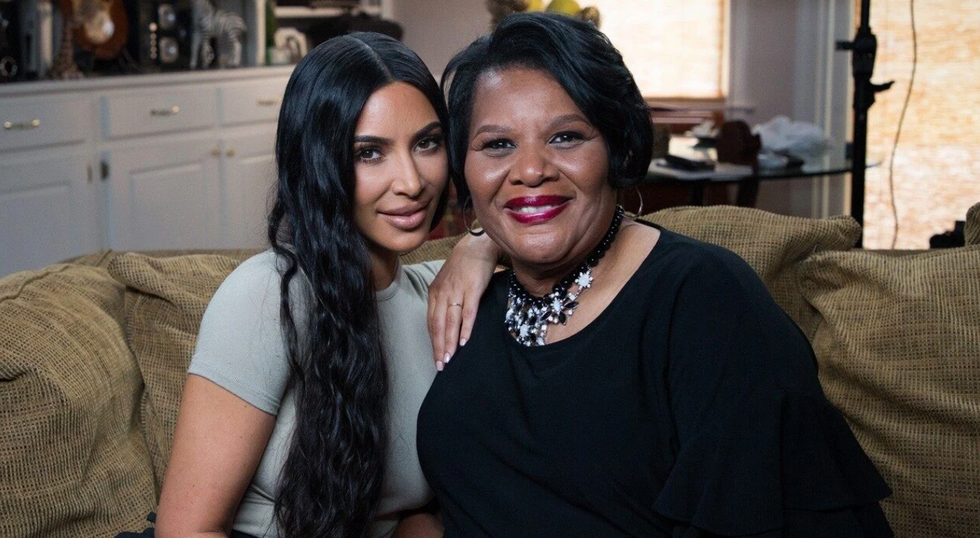 She used her celebrity status for good and managed to successfully convince Donald Trump to commute the prison sentence of Alice Marie Johnson, a grandmother serving life in prison without parole for a non-violent drug crime, VOX reports.

But that wasn’t all… 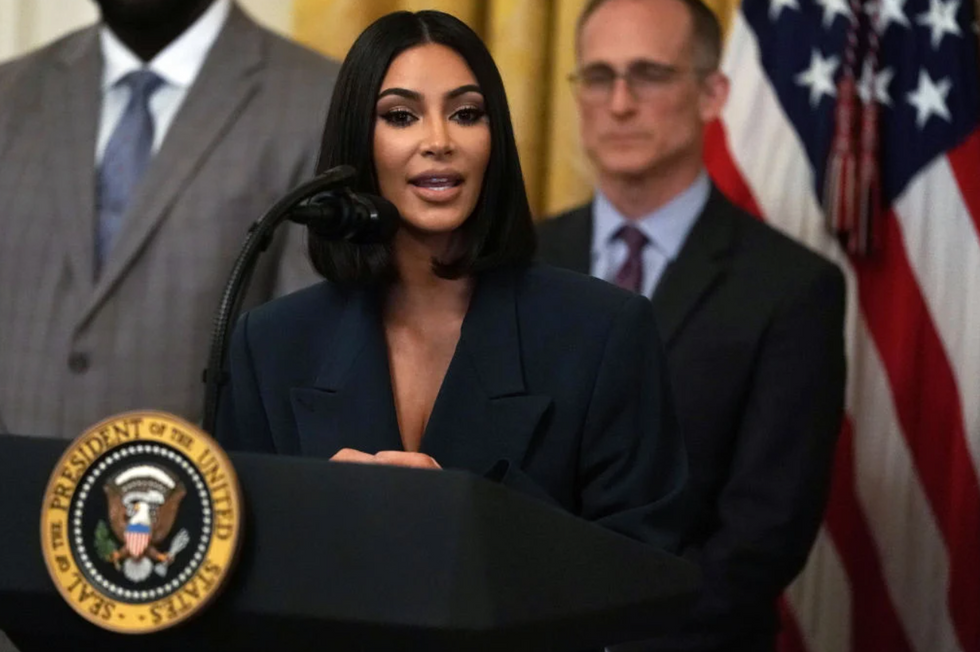 The star quietly helped fund the “90 Days of Freedom” Campaign, which has helped free seventeen first-time nonviolent drug offenders and was even called by The White House to advise to help change the system of clemency.

Despite her success, though, she has faced a lot of controversy.

Remember when the star was accused of blackface?

This came after the photoshoot was for 7Hollywood was released and her skin had been noticeably darkened.

Whether it was spray tan, strange lighting, or overuse of photoshop, it’s not a stretch to say that Kim is unrecognizable.

And, people always have a lot to say about her parenting techniques, too.

Whether it’s letting her daughter, North, wear makeup or allowing her to wear hooped earrings – the parent-shamers are never far away.

This picture of her daughter caused a stir in 2019.

Whatever happens in the Kardashian clan, we hear about it.

Kim can barely go a week without being in the headlines.

Especially when it comes to shocking the world with her Bikini pics.

Now, Kim is no stranger to a risque outfit.

But her this bikini snap got a lot of attention.

​Here’s the pic that got everyone talking.

And now, the Kardashian clan have yet again garnered a lot of attention after Chicago’s birthday party.

Because if it isn’t refusing to give Kanye West the address, it’s accidentally uploading an unedited picture of Kim and Kris.

When Kris Jenner posted a cute series of photographs of her, Chicago, and Kim Kardashian, she accidentally uploaded a photo that wasn’t photoshopped.

But, as suspected, it was a mistake on Kris’ part, and she took it down as soon as she realized.

And uploaded a new 1 with the same photos bar that 1.

“Happy birthday to my beautiful granddaughter Chicago!!!!” she wrote.

“You have the sweetest spirit and always have the cutest little smile on your face with the softest little voice and your precious laughter lights up wherever you are!“You are such an amazing sister, daughter, granddaughter, cousin, and niece and I can’t believe you are now four years old! You bring us so much joy and happiness every single day. I love you so much Chi-Chi!!!!! Have the most magical day!!” she finished.

But, if you want to see the unedited picture, here it is…

Kris Jenner Literally Deleted Her Birthday Tribute To Chicago West After She Accidentally Included An Unedited Photo Of Her And Kim Kardashianhttps://t.co/HFQLGUQwkD pic.twitter.com/wm1SMws12d