Super Bowl LVI has been and gone.

And this year, it’s gone in favour of the LA Rams who take home their first Super Bowl in decades after finally taking the lead in the last minute and a half of the game.

The game is being labelled as iconic – however, the win doesn’t come without controversy.

Keep scrolling to find out why.

The LA Rams have done it.

Despite being behind for most of the game, the Rams came back at the most important time of the game to pinch a last minute winner in an absolute classic of a Super Bowl.

But before we get to the football, let’s reflect about all of the celebs we got to watch including Dr Dre, Eminem and Mary J. Blige.

It was a Super Bowl to remember.

The Super Bowl is arguably one of the most watched events every year. 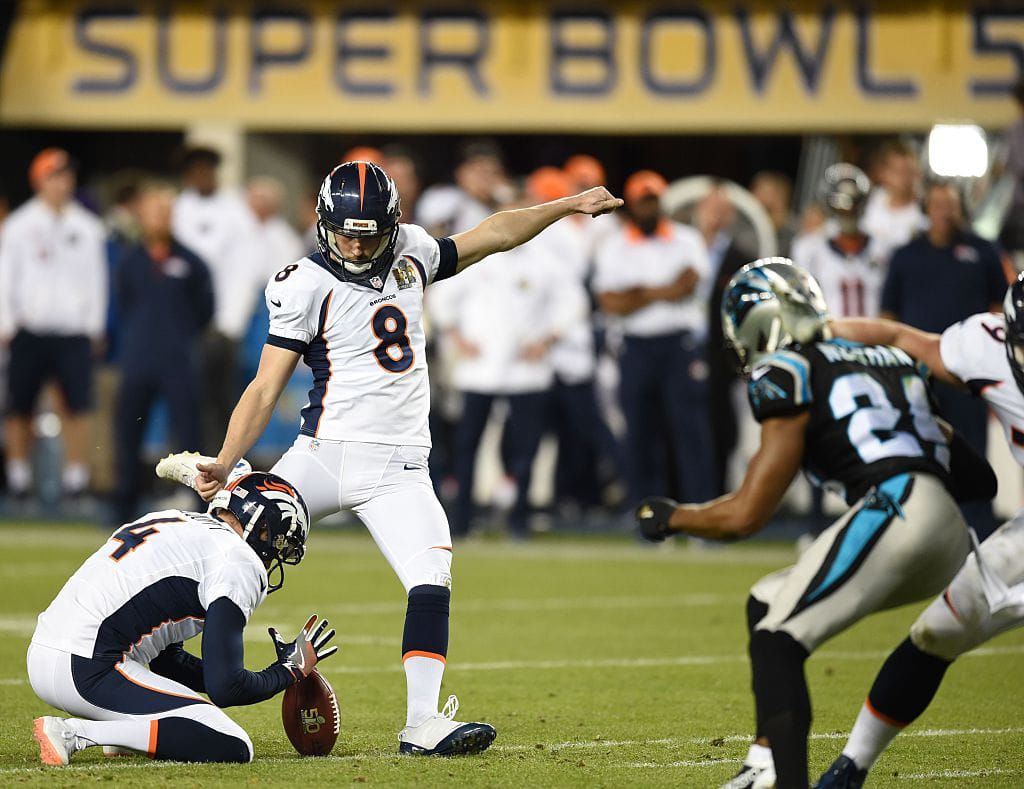 The game continually dominates viewing figures, and this year will be no different.

The Super Bowl frequently ranks at the top of the most-watched broadcast in the U.S. 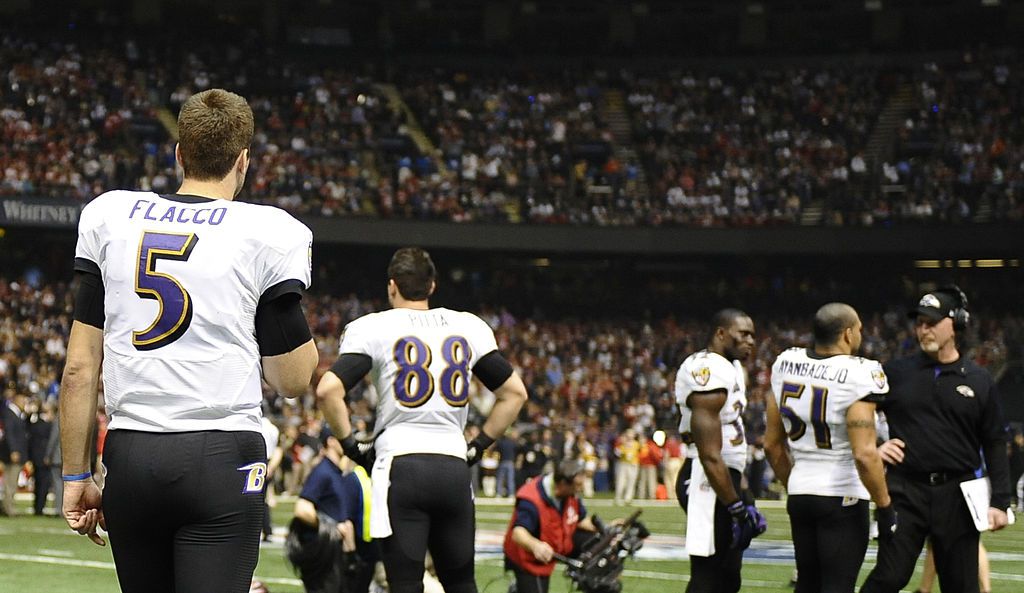 But, why is it so popular and where did it all begin?

The first ever Super Bowl game took place back in January 15, 1967. 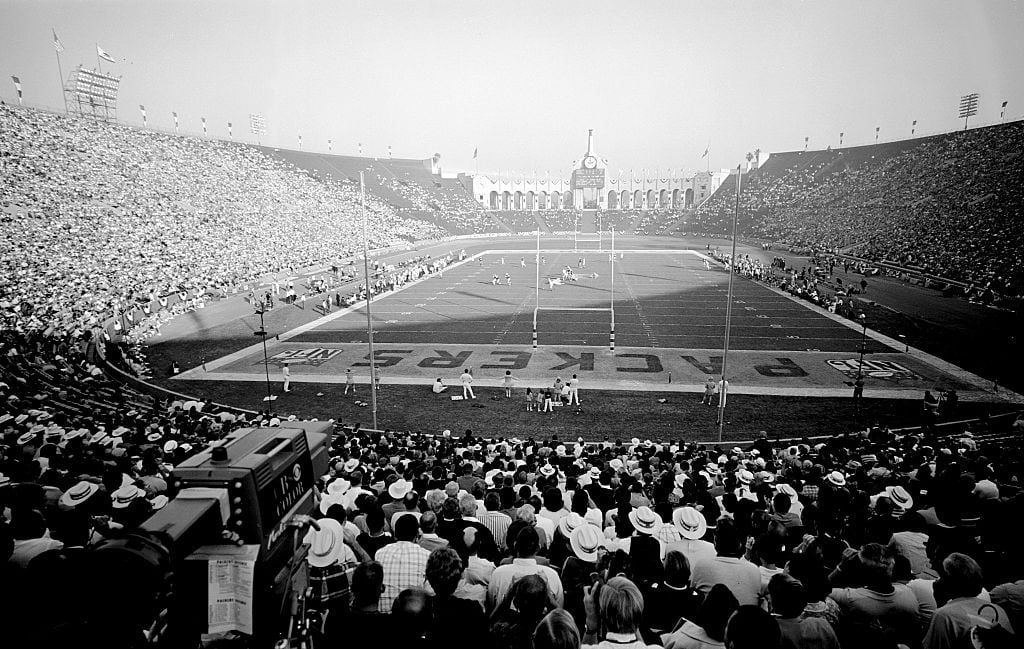 Named originally the AFL-NFL World Championship Game, the game saw teams from rival leagues, the Green Bay Packers and Kansas City Chiefs, take each other on.

To begin, the Super Bowl took place in early to mid-January, however a change in the early 2000’s led the event to take place on the first Sunday in February. 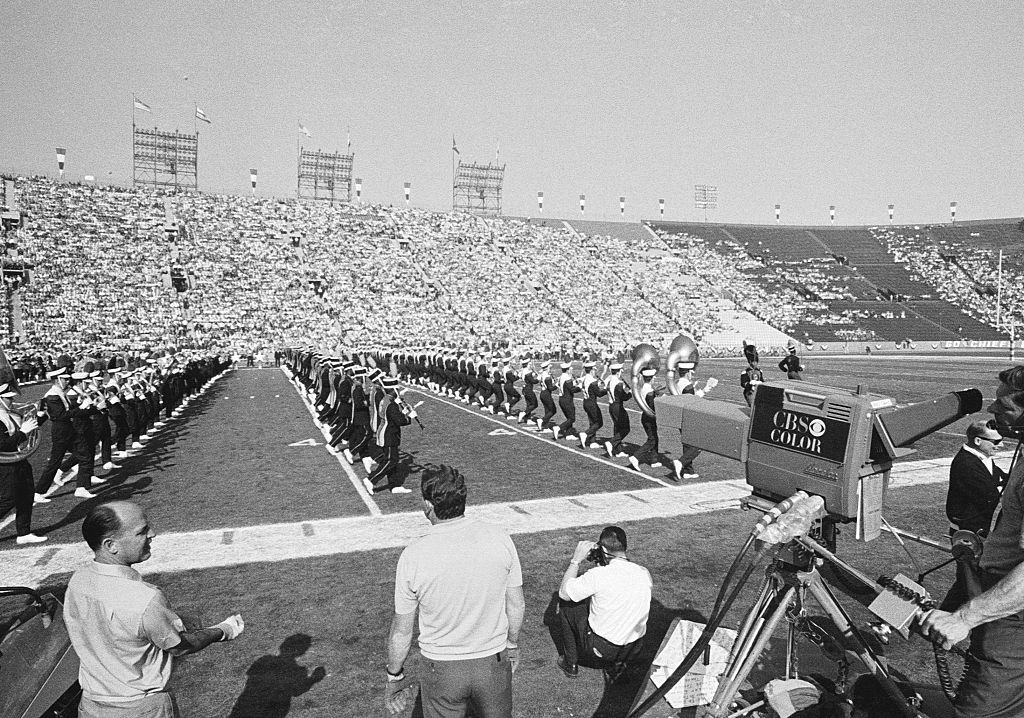 But, this year saw a change to the scheduling of the anticipated game…

This was the first year that the Super Bowl was played on the second Sunday of February. 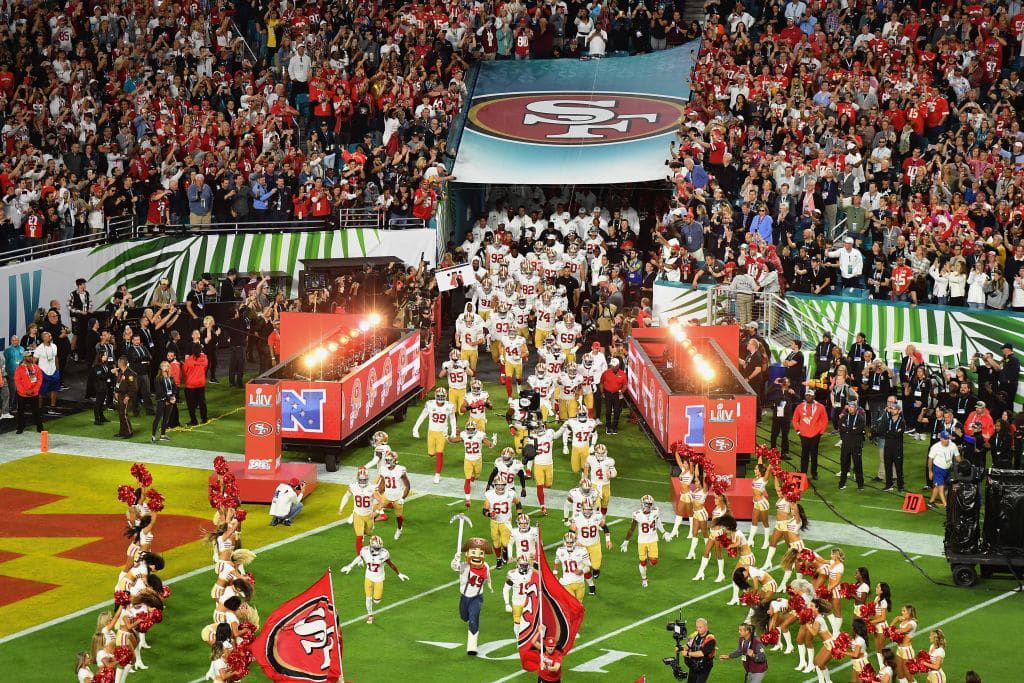 It comes despite heavy petitioning to move the game to be played on a Saturday.

The fifty-sixth edition of the Super Bowl will take place this weekend.

The game took place at the SoFi Stadium in Inglewood; home of the Los Angeles Rams.

It will be the first time in almost 3 decades that the Super Bowl will take place in Los Angeles.

The last game played there, in 1993, was at the Rose Bowl in Pasadena, California, and saw the Dallas Cowboys beat the Buffalo Bills.

It’s a long awaited game, that’s for sure.

And, it’s safe to say, it’ll have everyone on the edge of their seats.

The last time the Rams played in the Super Bowl was back in 2019.

At the time, the Rams played against the New England Patriots and lost 13-3, Entertainment Weekly reports.

And it’s been even longer for the Bengals…

They played the game in 1989 against the San Francisco 49ers where they lost.

So, it’s no surprise that there’s a lot of pressure on both teams. 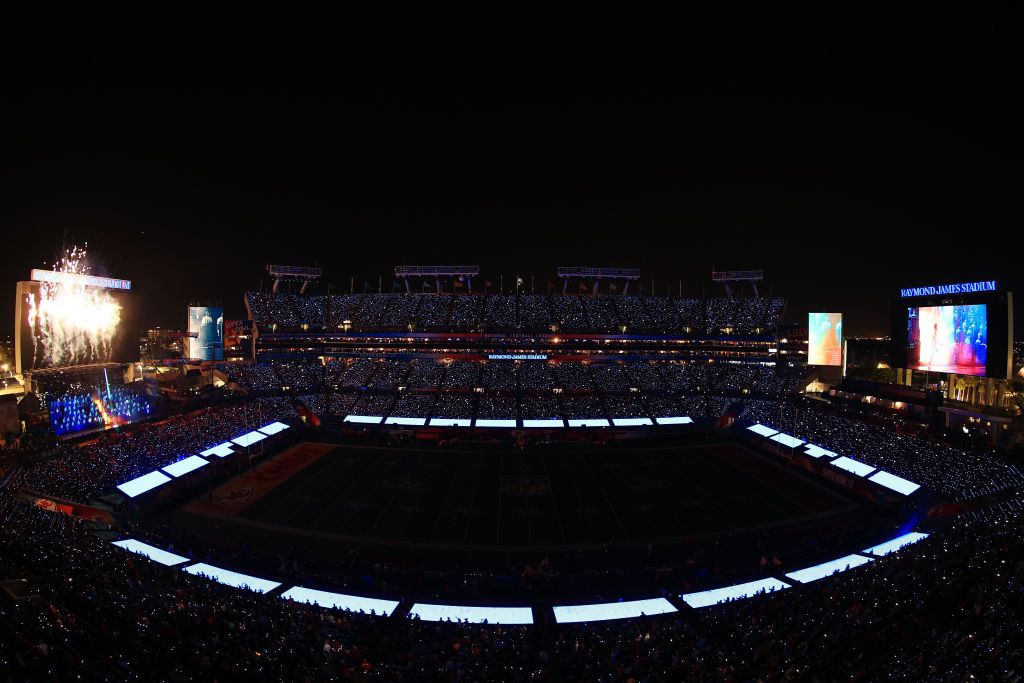 But, of course, the Super Bowl’s popularity has grown so much over the years that it is no longer about just the game…

While it still is about the football, it is now also about the half-time show, the performances and, of course, the ads! 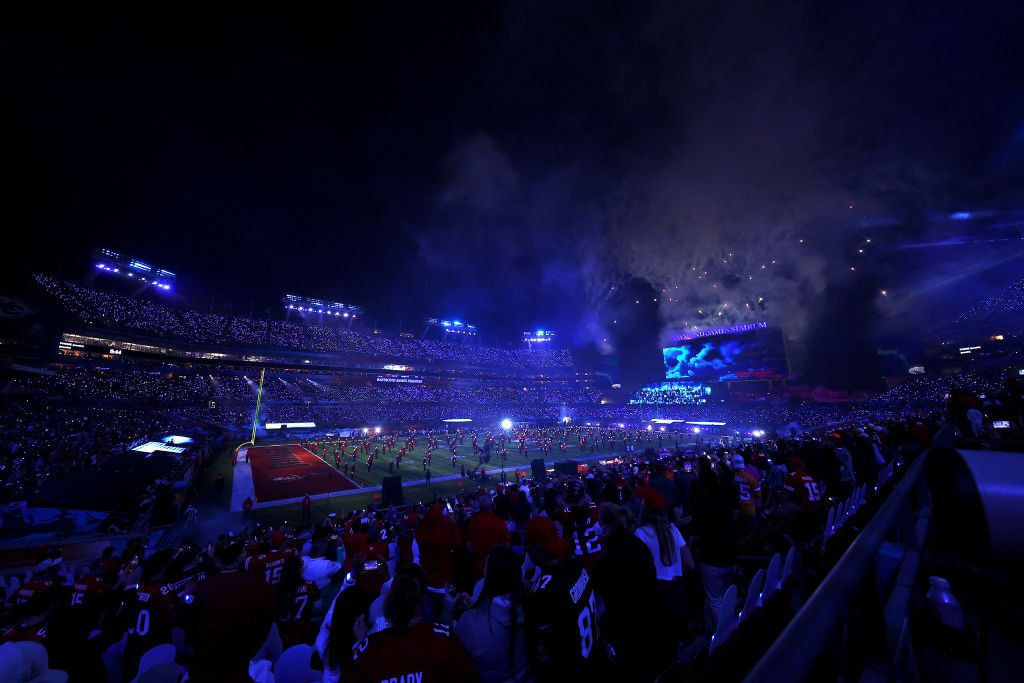 And this year’s will be no different…

This year, we’ll see a host of a-list celebs take to the famous stage for the half time show.

Not to mention, Snoop Dogg and Eminem.

This year’s half time Super Bowl show will also be the first time that American Sign Language performers will be featured, EW reports. 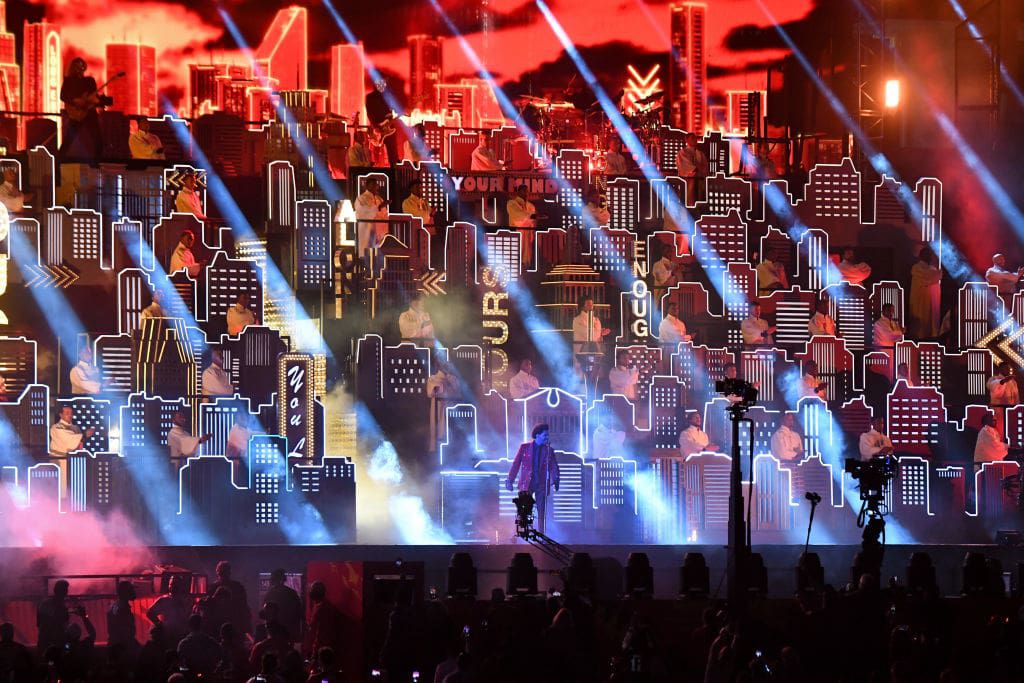 And of course, who can forget the Super Bowl ads…

It’s not very often that viewers pay attention to ads during a sport event, but that’s not the case for the Super Bowl.

In fact, the Super Bowl is one of the few times that people actually do pay attention to the ads!

Introducing our Bud Light Seltzer Hard Soda Super Bowl LVI Commercial featuring @guyfieri…but it’s missing one thing – YOUR NAME!Get your name in the Big Game by replying with #LandOfLoudFlavors and #Sweepstakes and we might add your name when the commercial airs on TV! pic.twitter.com/x2l3xzaU3x

So, there’s no surprise how hard brands try when securing a Super Bowl commercial.

And, not to mention how much they have to pay to secure one in the first place… 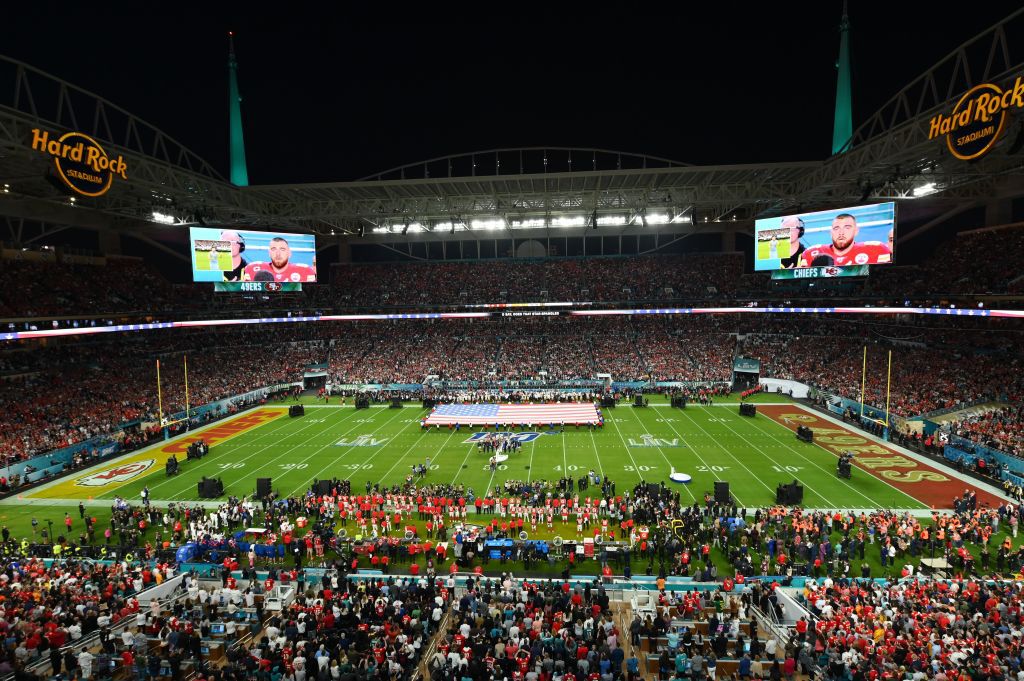 It was reported that while the official price of an ad has not been released, it said that spots were selling for upwards of $6.5 million for a 30-second ad.Yikes.

This year’s Super Bowl commercials are just as great and funny as you’d expect.

The Lay’s commercial sees Seth Rogen and Paul Rudd prepare for a wedding while eating Lay’s and reminiscing on memories.

In the ad, Gwyneth Paltrow can be seen holding her infamous “This Smells Like My V****a” candle which she takes a bite out of and says that it “tastes funny.”

Megan can be seen trying to gain access to her trailer while eating a bag of Doritos, only to find that it is locked and she cannot get in.

There’s an ad from Pepsi, which has sponsored the Super Bowl halftime show for the last 10 years.

Using the Pepsi Halftime app, people will be able to load a reality experience that placed them on the field while the halftime performances took place, Comic Book reports.

The game was an absolute classic.

But people are already hailing Dwayne ‘The Rock’ Johnson’s introduction to Super Bowl LVI the ‘greatest of all time’.

Take a look at the responses below.

Loving this Super Bowl opening with The Rock #SuperBowl pic.twitter.com/FwXYwIMG1I

The Rock did the introductions for the #SuperBowl pic.twitter.com/KJpRJj1FDr

EPIC SUPER BOWL OPENING BY THE ROCK 🔥 (via @NFL)pic.twitter.com/EpqmlyKhJ0

Pre gane: @TheRock doing what he does best – electrifying the atmosphere at #superbowl pic.twitter.com/ETk3AVvdC9

⚡the rock is the best ⚡ #SuperBowl pic.twitter.com/l3G2qOZerR

But that’s not all.

What a National Anthem for Mickey Guyton 🤩 pic.twitter.com/YFElwgDDGx

Country singer, Mickey Guyton’s rendition of the national anthem, blew people away too.

People are calling it legendary.

Guyton opened the game by belting out ‘The Star-Spangled Banner’ backed by a choir of singers clad in all white.

Wow @MickeyGuyton ! What a way to start the #SuperBowl 🌟🌟🌟

And she absolutely nailed it.

If you missed it, you can see her rendition above.

But now the game has come to an end.

And despite the Rams tailing behind the Bengals for most of the game, Cooper Kupp grabbed a late victory for the rams with just over a minute to go.

What a battle Stafford and Burrow gave us. 🙌 #SBLVI pic.twitter.com/J8DX2tyIEP

But the win isn’t without controversy.

🏆 The #Rams win the #SBLVI in controversial style!✔️ We're in the process of settling bets now, thanks for your patience.For bets on the Gatorade we are settling on 🔵🏟️ Hope you enjoyed the show and congrats on your winnings! pic.twitter.com/J1UfMpUpl5

The fix was in. The NFL makes A LOT more money if the Rams win.

The fix has been in since 2019 for the Rams to win a Super Bowl. Gotta create a winner to fill that damn stadium with fans.

The nfl rigged this Super Bowl. You gave the rams a whole new set of downs on the weakest holding call ever seen.

The NFL rigged the #SuperBowl to help the Bengals and the Rams still won. pic.twitter.com/plqgvIagca

I’m 100% convinced the NFL rigged the game for the rams to win it and you can’t change my mind https://t.co/v1FWgx6ppc

Congratulations to the Rams!