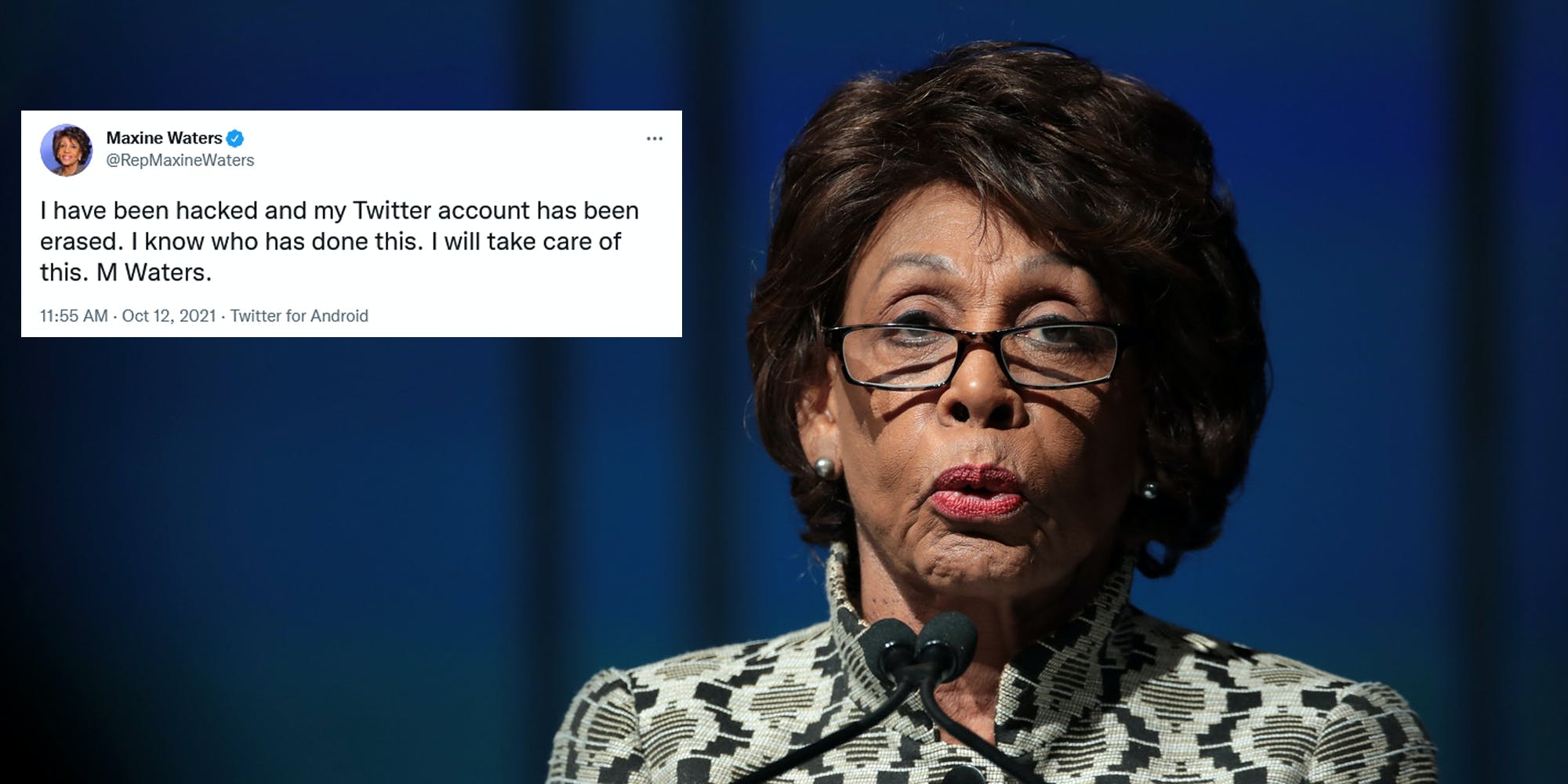 The California lawmaker said—in a tweet—on Tuesday afternoon that not only had her account been hacked, but it had been “erased” and somewhat ominously added that she knew who the culprit was and that she would “take care of this.”

As of Tuesday afternoon, there is little context about the California lawmaker’s tweet.

Waters’ account does not appear to have been “erased.” Politwoops, a service from ProPublica that tracks politicians’ deleted tweets, shows that around six tweets had been deleted from her account within the last 24 hours, however, they were all retweets of other accounts. Previous to that, Politwoops shows that there are scattered tweet deletions over the past several months.

A Wayback Machine snapshot of her @RepMaxineWaters account shows that tweets she had made as of this weekend are still visible on her account today.

It is possible that Waters somehow lost control of the account briefly before Twitter was able to restore it.

The Daily Dot has reached out to representatives from Waters’ office but has yet to hear back.

A Twitter spokesperson told the Daily Dot that the company hasn’t found any “signs of account compromise” but has worked with Waters’ office to “ensure the account is secure.”

“We can’t comment on the Tweet, but, as is standard, we have open lines of communication with her office and have worked with them to ensure the account is secure. At this time, we’ve identified no signs of account compromise,” a Twitter spokesperson said.

The post Maxine Waters claims her Twitter was hacked, even though it appears it wasn’t (updated) appeared first on The Daily Dot.