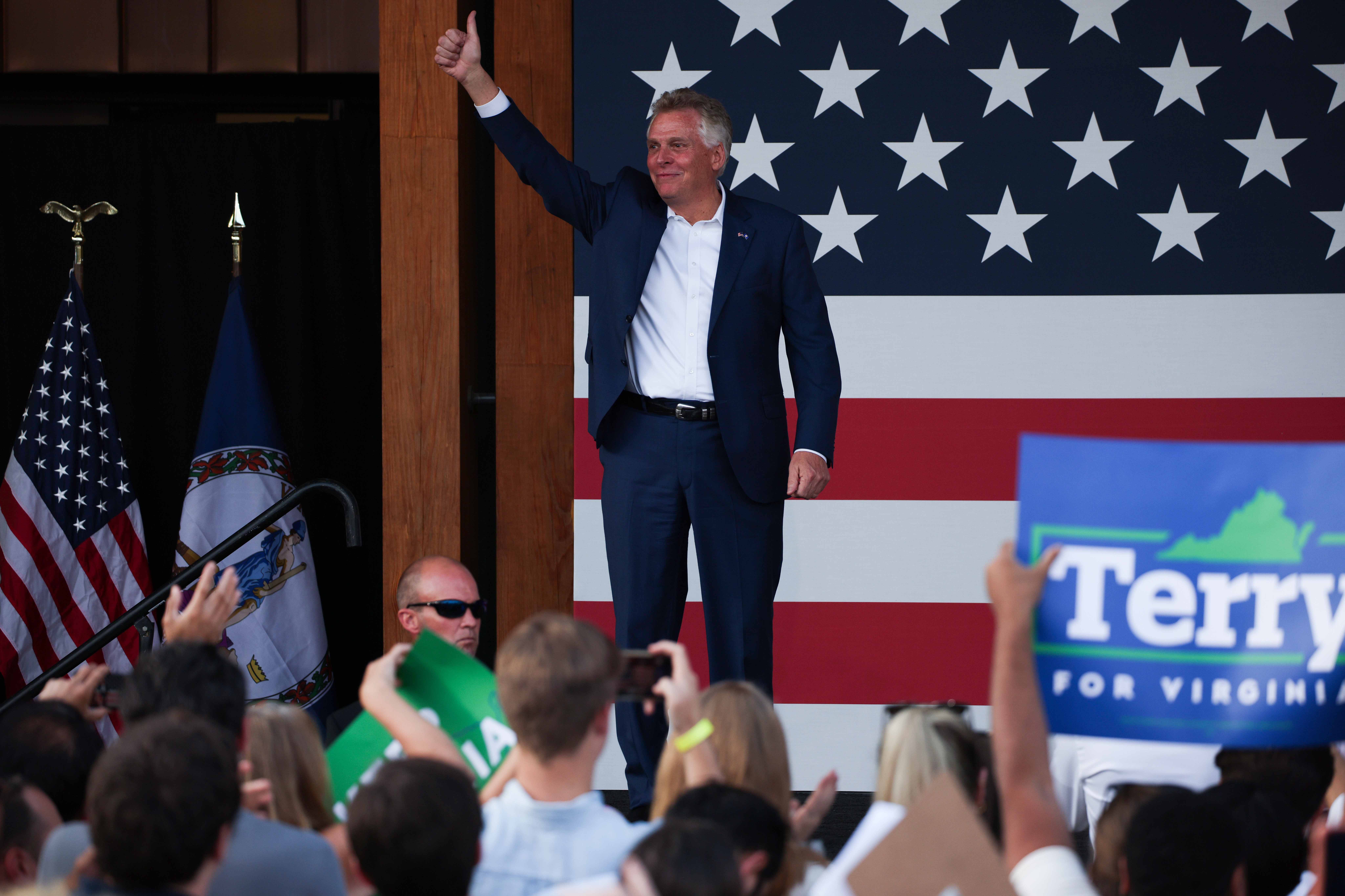 Former Virginia Gov. Terry McAuliffe holds a narrow lead in this year”;s race for his old job, according to a new poll released on Tuesday, setting up the November election as a major test of Democratic voters”; enthusiasm without Donald Trump in the White House.

But like in next month”;s California recall, where Democrats are fretting that unenthusiastic voters could doom Democratic Gov. Gavin Newsom in a reliably blue state, the Virginia poll also contains some warning signs for Democrats that their voters are less engaged than Republicans’.

Monmouth ran a series of turnout scenarios and found that Youngkin did better when more irregular voters were included. And broadly, the Republican overperformed the former governor among voters who described themselves as “;more enthusiastic”; about this race compared to past gubernatorial contests, roughly a quarter of the electorate.

“;Republicans are a little more excited than Democrats this year. The question is whether this enthusiasm turns out enough low-propensity Youngkin supporters to close the gap,”; Patrick Murray, the director of the Monmouth University Polling Institute, said in a release.

Other recent public polling in the state has generally found McAuliffe leading, although margins have varied from a near-tie to a more expansive lead. Polling in 2017 generally found the race to be closer than Northam”;s ultimate margin of victory.

The Monmouth poll was conducted Aug. 24-29, surveying 802 registered voters. The margin of error is plus or minus 3.5 percentage points.

Virginia has long been seen as a barometer of a sitting president”;s political standing –; and often a negative one. Over the last four decades, the off-year election in Virginia has famously cut against the party that controls the White House, with McAuliffe”;s own narrow win in 2013 being the lone exception to that trend.

But Democrats are hoping that it will be different this year. Biden came to the state for his first rally as president in late July, before the spike in coronavirus cases due to the Delta variant and his administration”;s decision to pull out of Afghanistan.

Democrats in both Virginia and California, meanwhile, have sought to cast each contest as a vote on Trump”;s legacy in politics. Newsom”;s committee is called “;Stop the Republican Recall”; and heavily references the former president.

Democrats regularly tie Youngkin, a former private equity executive and first-time candidate, to Trump, highlighting that the former president has endorsed the Republican. A McAuliffe fundraising email sent on Tuesday, hours before the release of the Monmouth poll, came with the subject line “;Trump is on the ballot right here in Virginia.”;

But the Monmouth poll suggests that Trump and Biden”;s effect on the race could be a wash. Just 46 percent of the electorate said that Biden will be either a major or minor factor in how they vote in the gubernatorial election this year, slightly higher than the 41 percent who say the same about Trump.

“;The 2017 governor”;s race was nationalized with a surge in anti-Trump turnout handing Northam a comfortable win,”; Murray, of Monmouth, said. “;The presidential dynamic may play a role again, but it”;s unlikely to move any numbers at this point. If either Trump or Biden is a major factor in your vote, you almost certainly know already who you will be voting for in this race,”;

Youngkin has accepted Trump”;s endorsement but has not campaigned with him, though Democrats are trying to goad the former president to make an appearance in the state. Youngkin has, however, campaigned with prominent members of the previous administration, including former Vice President Mike Pence and former Ambassador to the United Nations Nikki Haley.

The Republican rolled out a series of policy proposals on Monday called his “;day one game plan,”; which included a slew of proposed tax cuts. Both men also released new television ads on Tuesday. McAuliffe”;s ad attacks Youngkin over abortion, with a doctor saying Youngkin has a “;far-right agenda.”; A series of Youngkin ads have local sheriffs saying the former governor doesn”;t have their back, and another ad has a daughter of a victim of the 2015 Charleston, S.C., church shooting calling Youngkin a compassionate leader who will protect the state.

The poll comes a little more than two weeks before early in-person voting begins in the state on Sept. 17. This year is the first gubernatorial election that will feature no-excuse mail voting and extensive in-person early voting, following sweeping expansions of voter access in 2020.