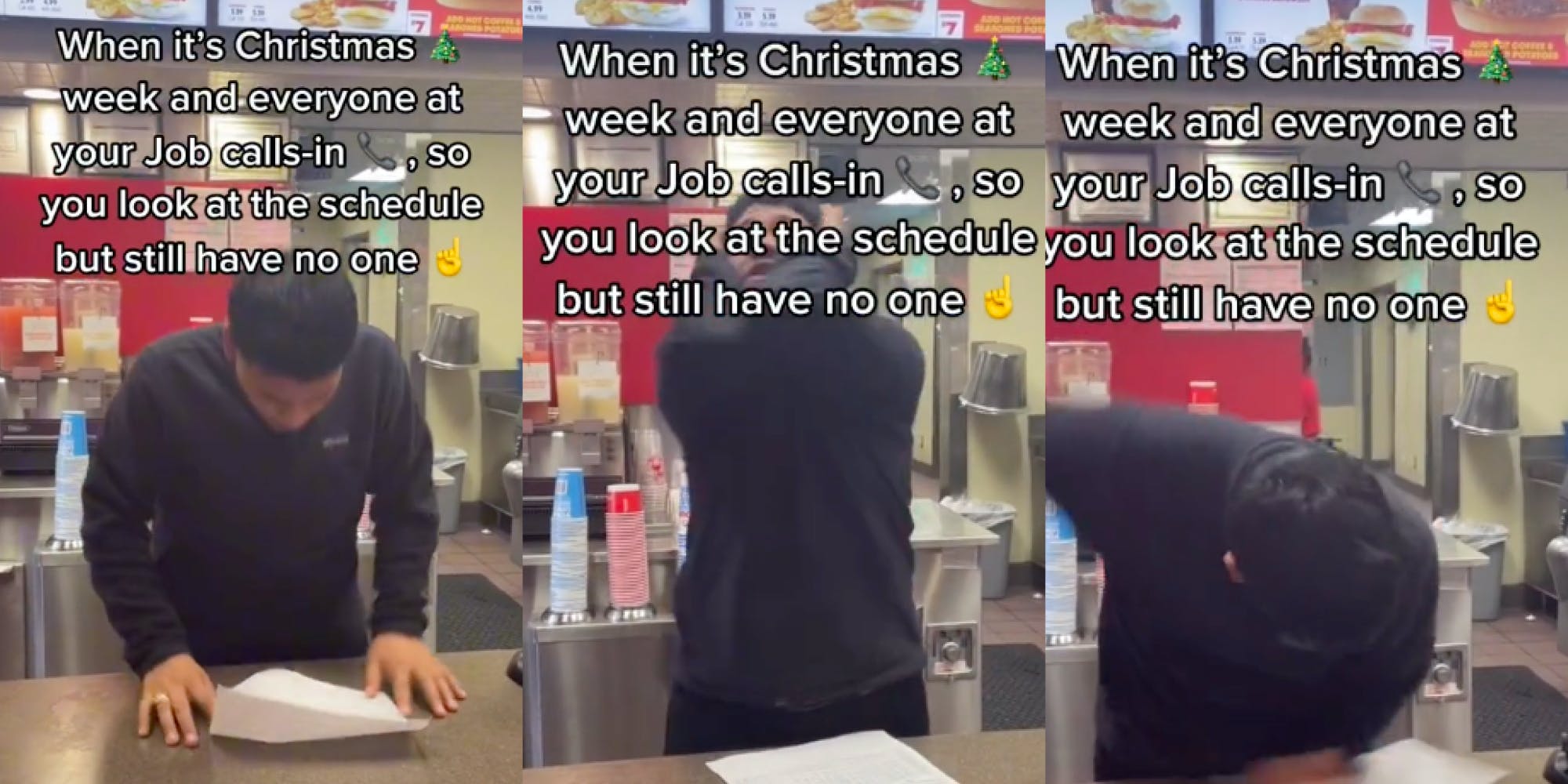 A Wendy’s worker posted a TikTok about being short-staffed on Christmas and viewers engaged in a debate online.

In the video, the creator (@screwhead_92) wrote in the text overlay, “When it’s Christmas week and everyone at your job calls in, so you have to look at the schedule and you still have no one.” This video prompted a discussion about giving service workers major holidays off.

In the 2 days since it was posted, the video has been viewed over 200,000 times and amassed over 12,000 likes. Most of the comments felt for the TikTok creator and other fast food employees who had to work during the holidays.

“Normalize having major holidays off,” one person wrote.

“Might as well close and go home,” another said.

“Most likely it ain’t even busy on christmas eve,” a third viewer stated.

However, some were less sympathetic, blaming chains for not incentivizing workers to come in on those days.

Meanwhile, other service workers added that they were either planning on calling out or they already had.

“Thanks for the reminder to call out,” a commenter joked.

The Daily Dot reached out to the creator and Wendy’s for comment.

The post ‘Might as well close and go home’: Wendy’s worker complains about holiday understaffing in viral TikTok, sparking debate appeared first on The Daily Dot.