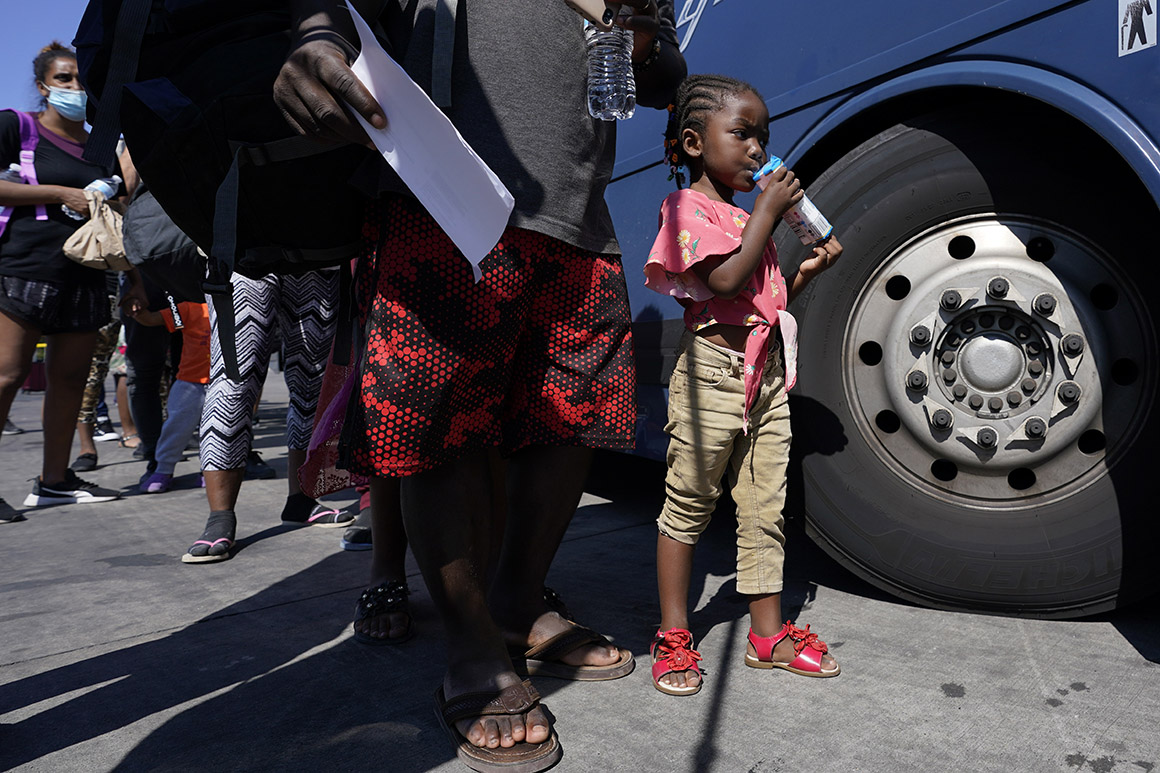 Haiti is reeling from a year of devastation: the assassination of its president, a tropical storm and a recent earthquake that killed thousands. Nicaragua is experiencing increased repression in the run-up to its elections. Cuba recently saw a violent crackdown after historic protests calling for the end of a 62-year-old communist regime. More broadly, Latin America has been ravaged by the coronavirus pandemic and economic crises.

President Joe Biden”;s migration troubles don”;t start at the U.S.-Mexico border. They”;re a symptom of a Western Hemisphere in crisis –; a crisis with domestic political implications for the 2022 elections and beyond.

Trapped between progressives fuming over his plan to deport thousands of migrants back to Haiti, moderate Democrats frustrated that Biden hasn”;t done enough to deter migrants from making the trek to the U.S.-Mexico border and Republicans who contend the administration”;s border policies have contributed to a surge in illegal border crossings, there is no political safe harbor on the left or the right for Biden.

“;They”;ve completely bungled it from the jump,”; said Colin Strother, a long-time Democratic operative in Texas. “;There has been a real human cost, and there”;s going to be a massive political cost in 2022.”;

Biden”;s troubles have been on full display in recent days as scenes of thousands of mostly Haitian migrants at a makeshift camp under an international bridge in Del Rio, Texas, have captured headlines and dominated cable news segments.

It”;s left Democrats across the spectrum frustrated with the administration”;s handling of both the humanitarian crises in the region and the volatile politics surrounding migration along the U.S. southern border.

While moderates and liberals have long expressed support for Biden”;s vision to create a fair and humane immigration system after four years of former President Donald Trump”;s restrictive policies, many agree –; albeit for different reasons –; that Biden”;s current strategy isn”;t working.

A recent POLITICO/Morning Consult poll found that registered voters trusted Republicans in Congress more than Democrats, 45 percent to 40 percent, to handle immigration. Only 38 percent of U.S. adults approve of Biden”;s handling of immigration, according to a recent Reuters/Ipsos poll.

Democratic lawmakers and operatives privately acknowledge that one of the challenges the party is facing is that Biden needs to do better on explaining what he”;s doing and what his plans are on immigration. Conceding that the crises and conditions triggering migrants to leave their homes –; with thousands coming from South American countries as far away as Brazil and Ecuador –; aren”;t likely to change anytime soon, some worry that the current White House approach could cost them their congressional majority come 2022.

"They’re just giving the Republicans ammo against Democrats," said Texas Rep. Henry Cuellar, who has criticized the administration for contributing to the perception that the border is open, and for not being responsive to border officials and communities after longstanding warnings that it needed to prepare for major increases in the number of migrants arriving at the border.

The internal Democratic politics are complicated, however. The White House must balance the concerns of Democrats like Cuellar who want to see more enforcement with those on the left who call for a rethinking of existing enforcement entirely, with the goal of a more welcoming process for migrants arriving at the border.

Dozens of Democrats have publicly called for Biden to not conduct any deportation flights to Haiti. Instead, they”;re asking that he look at how to help resettle those currently at the border and then look beyond the border and start paying more attention to how to help Haiti –; and more broadly, other countries where an increased number of migrants are coming from.

“;We can”;t just concentrate on the border. This starts way before,”; said Rep. Frederica Wilson (D-Fla.), who is among those calling for a halt to deportation flights to Haiti. “;There”;s a lot more to it that led to the border.”;

Similarly, immigrant advocates are pressing Biden to live up to his campaign promises.

“;We know there are complexities of the situation, but we”;re clear it makes Biden look weak and evil to do this,”; said Patrice Lawrence, co-director of the UndocuBlack Network, adding that continuing inhumane treatment of migrants won”;t help Democrats win elections.

On Monday, White House spokesperson Jen Psaki was repeatedly asked about the administration”;s handling of the Haitian migrants at the border. She reminded how earlier this year the Biden administration redesignated Haiti for temporary protected status and extended the eligibility date after the president”;s assassination –; moves that Haitian Americans, immigrant advocates and Democrats widely welcomed at the time.

“;Our message continues to be, as you’ve heard [Homeland Security Secretary Alejandro] Mayorkas convey: Now is not the time to come, for a range of reasons, including we don’t have the immigration system up and running in the way we want, including there is still a pandemic and Title 42 remains in place,”; Psaki said. “;And these are the steps that we’re taking in part to protect the border communities, as well as the migrants themselves.”;

Psaki also said the administration is working beyond the border to provide a range of assistance to migrants being sent back to Haiti.

Many of the major changes Democrats want to see require Congress passing comprehensive immigration reform. Congress has not passed any major update to immigration laws in more than 25 years.

“;The administration and Congress have to come together to offer a clear strategy for how to deal with what is a new reality in the region being driven in the short term by COVID and climate change, and laws which never really contemplated what we are seeing now,”; said Simon Rosenberg, a long-time Democratic operative and founder of the liberal think tank NDN who has followed immigration closely for decades. “;A new approach is needed.”;

Meanwhile, Republicans have been hammering Biden and his party for months over what they call the “;Biden border crisis.”; They argue that the White House has embraced an “;open border”; policy, despite the administration”;s use of a Trump-era public health order –; known as Title 42 –; to kick out migrants arriving at the border without allowing them to seek asylum.

But a major rethinking of U.S. immigration policy and work to help the region won”;t happen overnight and could take years. And it”;s all the more complicated by partisan gridlock in Washington.

“;This starts way before the border,”; Wilson said. “;I”;m hoping this will shine a bright light, give us a new perspective on what we need to do… to help countries struggling.”;