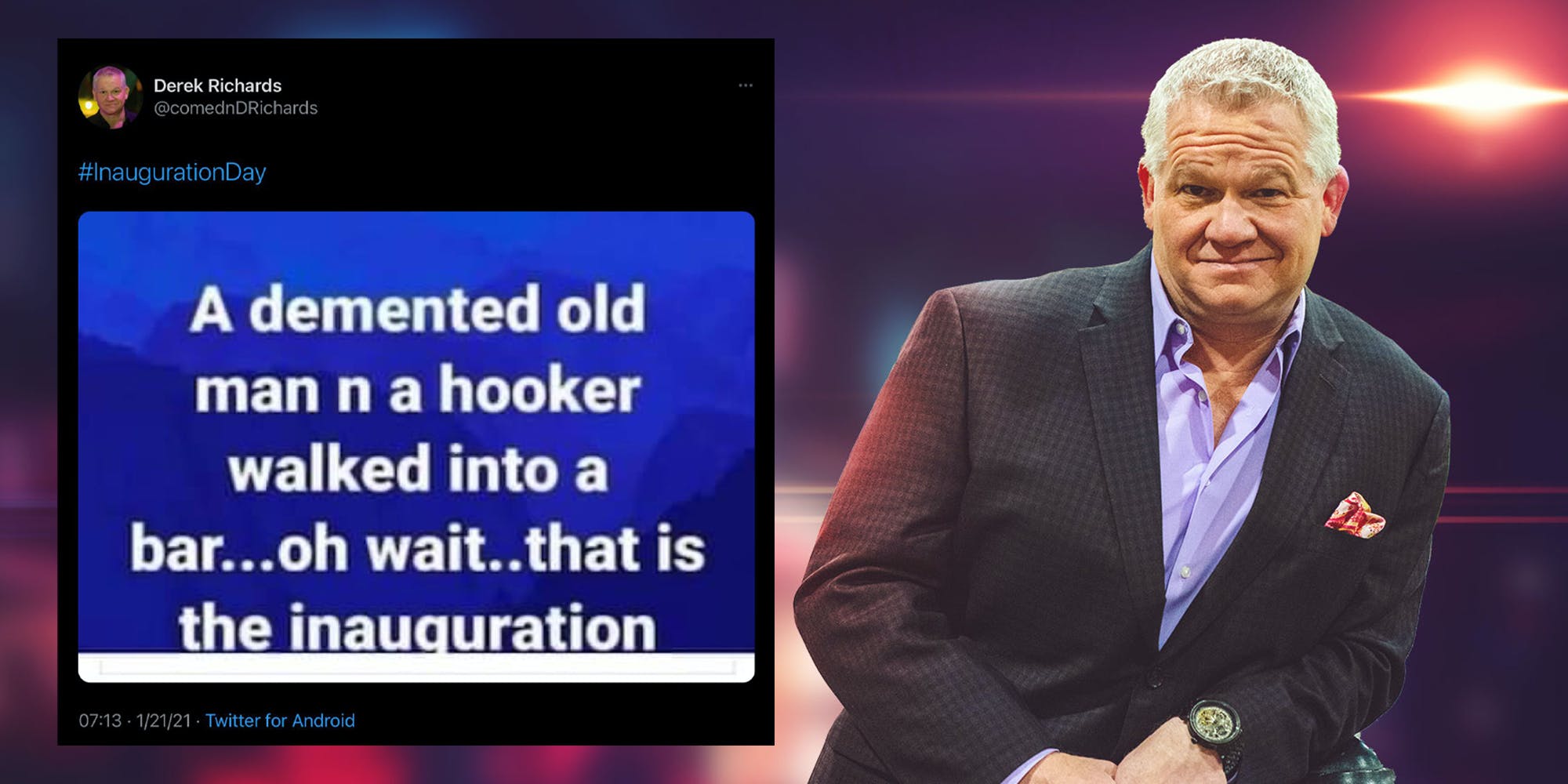 An upcoming Department of Defense sponsored tour by American Forces Entertainment is in question because of tweets by one of the comedians scheduled to be on the tour.

On Thursday, Naval Officer and mental health and veterans’ advocate Travis Akers unearthed the tweets and tagged the Department of Defense and Armed Forces Entertainment.

In one, Richards posted a photoshopped meme of Mike Lindell holding a pillow next to President Joe Biden in a hospital bed. The meme is captioned, “Make America great again,” former President Donald Trump’s 2016 campaign slogan.

Others referred to Biden as a “demented old man” and Vice President Kamala Harris as a “hooker,” misgendered soccer star Megan Rapinoe, and criticized the COVID-19 vaccine approval process.

“Nothing like joking about murdering the President and calling the Vice President a ‘hooker,'” Akers wrote.

Really classy tweets from @comednDRichards who is currently scheduled to be on a @DeptofDefense sponsored @ArmedForcesEnt tour to U.S. military bases in the Middle East next month. Nothing like joking about murdering the President and calling the Vice President a “hooker.”🥴 pic.twitter.com/CJHsRHxyYK

Armed Forces Entertainment subsequently tweeted that it is “actively looking into the matter.”

Richards did not respond to an email seeking comment Thursday afternoon.

In a later tweet, Akers said that he didn’t want the entire tour cancelled, but felt that Richards should be removed from it. According to Richards’ website, he’s been on several United Service Organizations (USO) tours in the past.

Akers told the Daily Dot via Twitter direct message that he found Richards’ tweets after hearing about an upcoming tour to military bases in the Middle East, where Akers is stationed.

“Being stationed overseas, it’s always exciting to have entertainment from home brought on Armed Forces Entertainment or USO tours, especially comedy tours, as I love stand up,” Akers said.

He’d never heard of Richards, so he did some research, which led him to Richards’ Twitter page. Akers said he was instantly appalled by Richards’ “anti-LGBTQ, anti-vaxx, racist, and misogynistic” tweets.

“The further I reviewed his feed, the more concerning it became that he would be booked on a Department of Defense sponsored tour, since Armed Forces Entertainment is an official DoD office,” Akers said.

Akers said he was most concerned by the tweet of Lindell holding a pillow above the president, which Richards captioned, “Hilarious.” 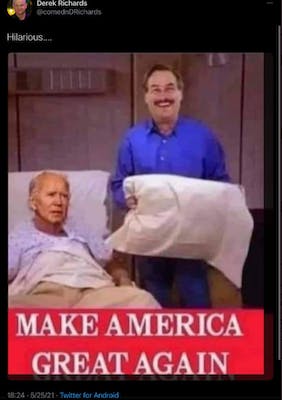 Akers added that he finds Richards’ tweets to be contradictory to the values of the United States military, “as we celebrate diversity and train our service members to respect one another and treat each other with dignity.”

Richards appears to have since deleted all his tweets except for a few of pets.

Other Twitter users shared his sentiments. Actress Debra Messing retweeted Akers, and wrote, “I am appalled that you would choose a Pro-Insurrection, Anti-Vax, Anti LGBTQI, to entertain our troops. It is wrong. It is Anti-American. @POTUS I wanted to make sure you were aware. It is horrifying.”

Some have taken Richards’ tweet describing a photo of the Capitol riot as looking like “a bustling day of commerce at the mall around the holidays” as a pro-insurrection sentiment. “All that’s missing is Santa,” Richards also said of the photo.

The post Military bases in the Middle East might miss out on standup tour after comedian’s anti-Biden tweets surface appeared first on The Daily Dot.