This story was originally published by Canada’s National Observer and is reproduced here as part of the Climate Desk collaboration.

When Rex Holwell was a kid, early December usually marked a time when the ice would harden enough in Nunainguk (or Nain) for him to drive his snowmobile on the frozen harbor. Even though Unity Bay is in the Atlantic Ocean, clusters of islands protect it enough that it completely freezes over.

Now, life in his Newfoundland and Labrador hometown is different. Speaking from his office in early January close to the sea, he says the water still hasn’t frozen. And if the harbor isn’t safe to cross, people lose vital access to a transportation corridor for wood, hunting, fishing, and exploring. Over time, Holwell has seen the effects of climate change firsthand—a gradual but definite shift towards warmer winters. 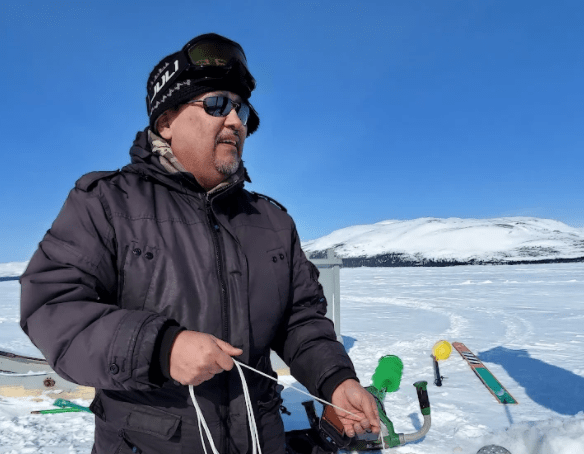 Monitoring ice thickness is important for the safety of communities like Nunainguk and is vital data for understanding the warming of the North. Holwell has been working with a nonprofit called SmartICE for over two years doing just that. He’s currently the manager of operations in Nunainguk, where he trains people to use SmartBUOYs, sensors inserted in the ice to measure the thickness and transfer the data via satellite. He also teaches people—often youth in the community—to use the SmartQAMUTIK, which is towed behind a snowmobile and measures ice salinity. 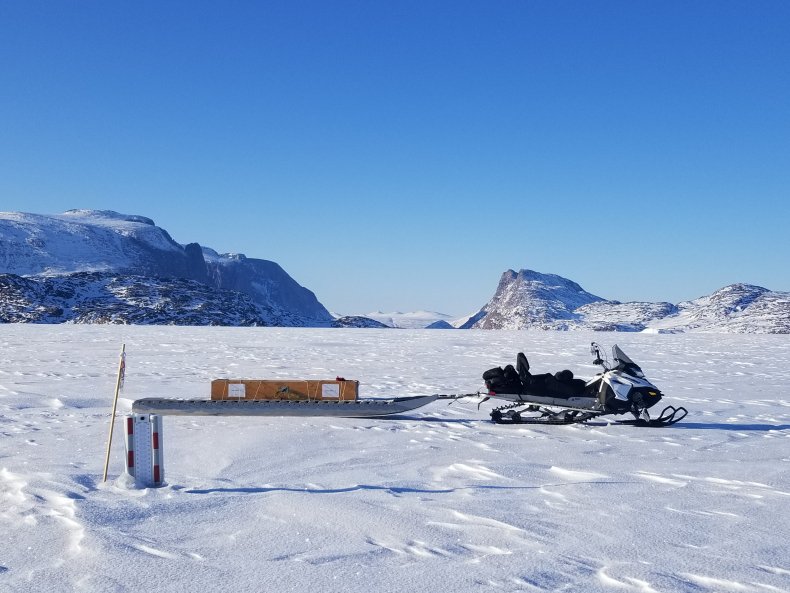 The SmartBUOY (front left) and SmartQAMUTIK out on the ice.

Communities can then use the measurements, which SmartICE provides to the public free of charge, to plan and adapt for ice conditions.

In December, SmartICE received the Nature Inspiration award from the Canadian Museum of Nature. The honor builds on past recognition, which includes a United Nations Climate Solutions Award in 2017 and a Governor General’s Innovation Award in 2019.

For founding director Trevor Bell, the recognition is further confirmation that what SmartICE is doing matters. Bell created the non-profit around 10 years ago with the Nunatsiavut government, which asked if he had ideas about how technology could be used to enable safer sea ice travel.

“What we essentially do is put into the hands of communities the technology that they need to monitor their own sea ice.”

“So what we essentially do is put into the hands of communities the technology that they need to monitor their own sea ice,” he said. “But we also have developed transferable skills that are really useful for young Inuit entering the labor market in these northern communities.”

Holwell travels to other communities in Inuit Nunangat where he trains Inuit to use the SmartICE technology. His work with SmartICE is funded by government grants, industry and foundations. The idea is to combine technology with Inuit traditional knowledge, said Holwell.

SmartICE equipment is now in use in 24 communities across Inuit Nunangat, and is expanding to First Nations communities in the Yukon and Northwest Territories for ice monitoring on lakes and rivers. “Every community I go to, I tell people this is not meant to take the place of your traditional knowledge. Number one—your traditional knowledge,” he said.”But it’s an effective tool, if you know how to use it properly.”

In January 2021, researchers at the University of Leeds found that 28 trillion metric tons of sea ice, glaciers and ice sheets had melted worldwide since the mid-1990s. That means the melting rate of sea ice is 57 per cent quicker than during the end of the 20th century.

In the Arctic, the total amount of sea ice has shrunk to less than half of what it was in the 1980s, making it the area most deeply impacted by climate change—worldwide. The Arctic is warming at three times the rate of the rest of the world.

Indigenous organizations like the Inuit Circumpolar Council (ICC), which represents around 180,000 Inuit from Alaska, Canada, Greenland, and Chukotka (Russia), have been focused on how the warming climate affects the Arctic for decades.

Along with advocating for more renewable energy and a real push to meet the world’s Paris Agreement commitments, the ICC stressed that protecting the Arctic from the effects of climate change protects the rest of the world. Melting sea ice results in rising sea levels—not just up North, but across the globe.

“Like all other species, we’re another species within the respective ecosystems of the Arctic environment, and that profound relationship between our people and the environment…It’s become really an issue of how are we going to survive as a distinct people that have adapted to the cryosphere, that have adapted to the Arctic region,” ICC chair Dalee Sambo Dorough said in the fall. 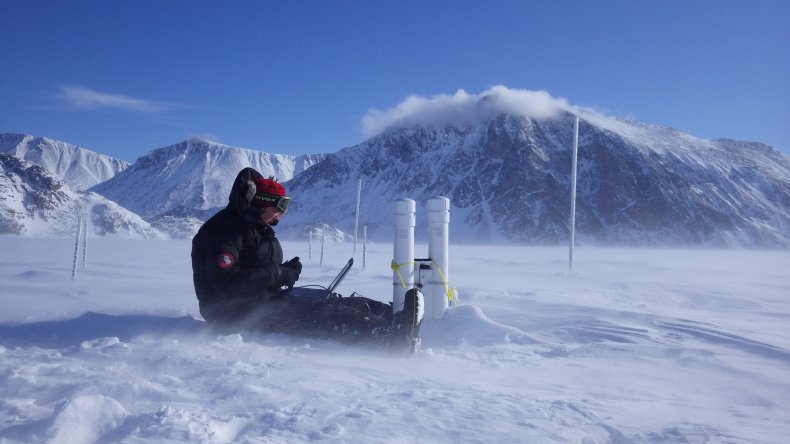 “For me, the real lesson learned here is that technology is important for helping prepare people to adapt, but when you’re out on the ice, when you’re actually out there adapting to unpredictable ice conditions, the only thing that you have that’s going to get you home safely is your Inuit knowledge of safe ice travel or traditional knowledge,” Bell said.