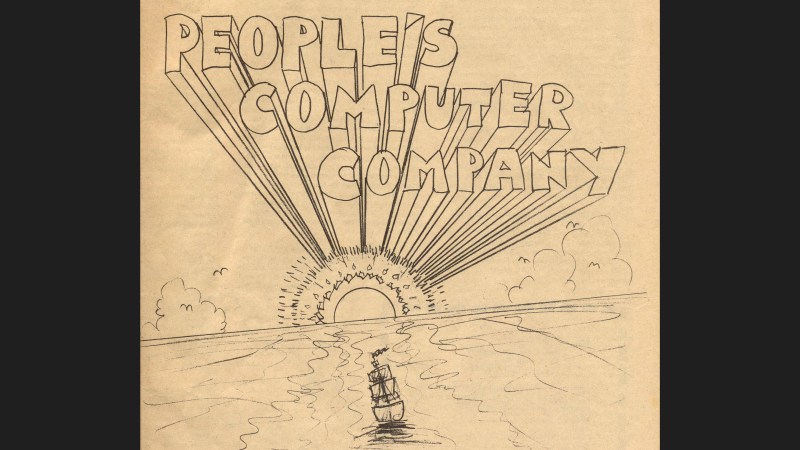 If you are a certain age, you might recall the People’s Computing Company (PCC) from the 1970s. It was not really a company, but rather a folksy computer newsletter in the visual style of the times. In the first issue, published in October 1972, founders Dennis Allison, Bob Albrecht and George Firedrake explained their reasons for starting the newsletter:

The Computer History Museum (CHM) in Mountain View CA has a print collection of these issues donated by [Jim Warren], spanning its ten-year publication run (it changed name to Recreational Computing in 1979). Despite the museum being closed to the public these days over Covid concerns, CHM supporter [Bob Zeidman] has scanned all the issues and they are available at the CHM collections archive.

It’s really fun to browse through these old issues, and see the kinds of topics which were of interest back then. Many would still be of interest today, and many others have become obsolete by advances in technology (but are still fun to read if you have an interest in retro-computing). For example, in the first issue you can read about why you might use different lenses on your Bell & Howell film projector, a comparison of DEC and HP computers as used in educational settings, and how to save money on your teleprinter maintenance contracts and consumables like TTY paper, ribbons, and punched paper tape. If you have some time to kill, check out these archives and take yourself back to a time when desktop publishing meant literally typing and drawing freehand with metal styli on special stencils which were mounted on drums in your mimeograph machine one page at a time.

The PCC was an early supporter of copyright-free software, teaching computer programming, using computer games as a learning tool, and encouraging computer literacy for everyone. They did this not only via the newsletter, but educational books, an organization called ComputerTown USA! for teaching kids, and spin-off periodicals like DragonSmoke and Dr. Dobb’s Journal of Computer Calisthenics & Orthodontia (edited by [Jim Warren] mentioned above) which went on to become the popular computer magazine Dr. Dobb’s Journal which stayed in publication until 2014. We wrote a piece a few years ago about a software-defined radio project from the PCC back in 1975. Do you have any favorite old journal archives that you like to peruse from time to time?