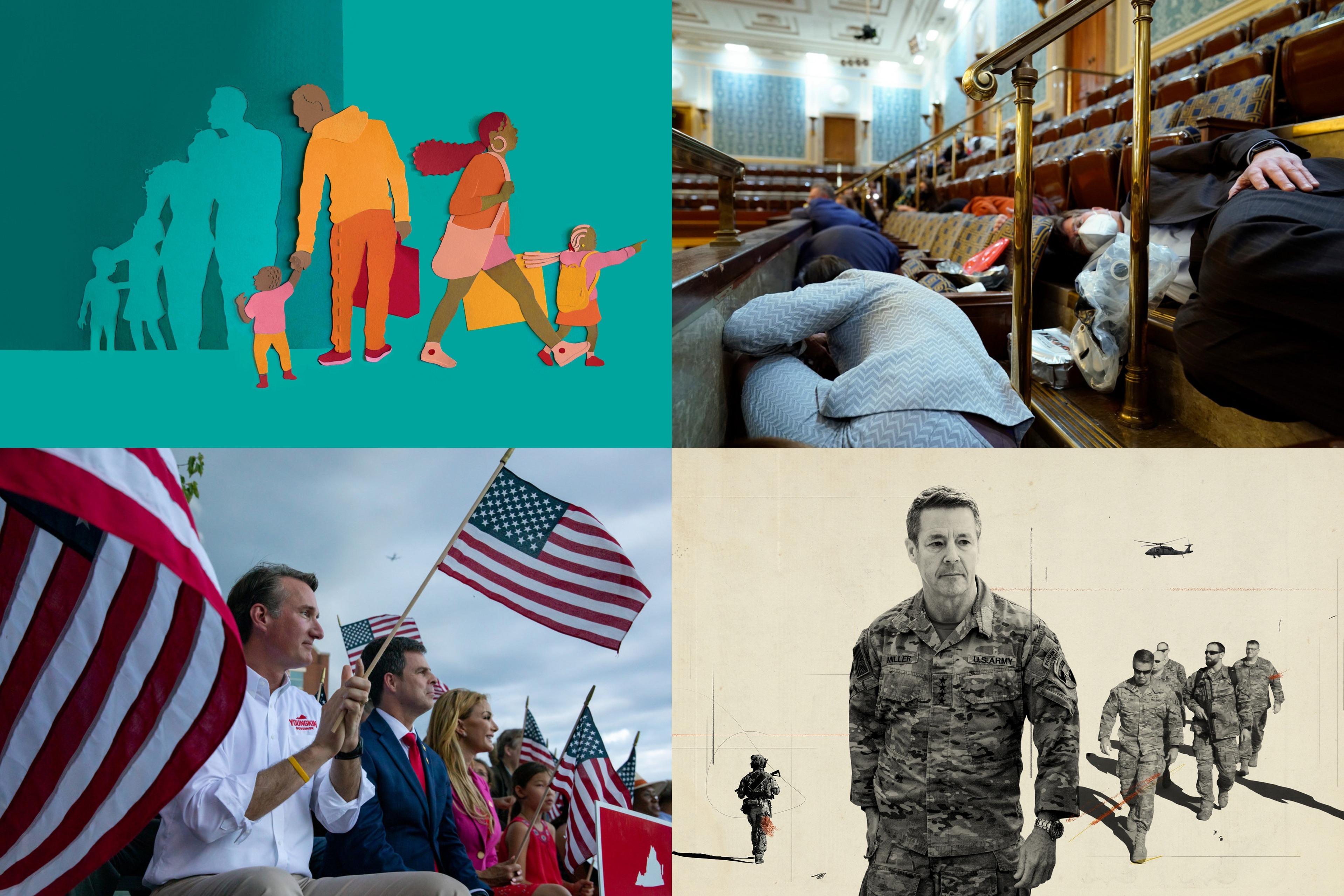 After a coronavirus pandemic that upended everything and the turmoil of a presidential election, this time last year, many people couldn”;t wait for 2020 to end. But before 2021 could even really get going, the year that was supposed to be the start of a return to normalcy saw an unprecedented riot at the U.S. Capitol and another impeachment of Donald Trump. This would not be a normal year.

Trump has left the White House but has refused to leave the stage, and, in doing so, he is reshaping the Republican Party by forcing its leaders and voters to choose a side: Are they with him or not? The Republican Party of today has seen figures like Marjorie Taylor Greene move from the periphery to the halls of power; it has embraced the culture wars, from lib-trolling to “;critical race theory,”; the latter of which played a significant role in turning Virginia red in November. But it”;s also pushing moderates, like those in Michigan”;s suburbs, away.

On the flip side, despite holding the reins in Washington, Democrats have struggled to figure out what they stand for. Key policy issues like climate and immigration have proven to be more politically difficult than activists and the administration anticipated. And the U.S. withdrawal from Afghanistan went anything but smoothly, right on the eve of the 20th anniversary of 9/11.

All this has taken place with the backdrop of Covid-19, which has only become more politicized, even with the availability of a vaccine.

As the year draws to a close, POLITICO Magazine”;s editors have highlighted 21 stories that can help make sense of all that we”;ve just lived through –; from a riveting account of what it was like inside the Capitol on Jan. 6 to a forward-looking investigation into how Chicago”;s declining Black population is changing the city”;s power politics.