We all know that the way to a person’s heart is through their stomach, and after scrolling through Popeye the Foodie’s Insta feed, our tummies sure are rumbling. You might look at this pooch and think, ‘Oh he has it all,’ however Popeye comes from humble beginings. Once a stray dog on the streets of LA he was taken in and given a home by a food loving couple.

A little more about Popeye’s humble beginnings courtesy of Daily Paws: “Along with his massive social-media following, Popeye, whose left ear often likes to stand up at attention, has appeared on television, too, including in front of a national audience earlier this year. The fame is a far cry from how Diep and her husband found him as a stray on the street in Los Angeles six years ago. ‘He was a dirty, matted mess,’ Diep says. ‘We tried finding his owners with no luck, and he ended up joining our home.’ At the time, he was the family’s fourth dog. His new parents soon found out that Popeye is a bit of a Velcro dog.” 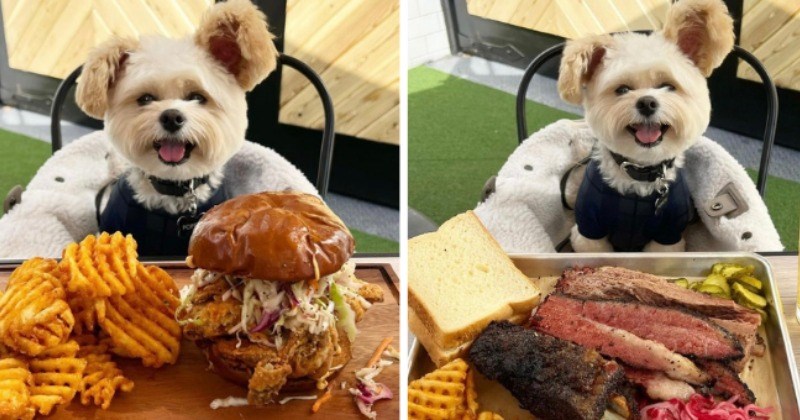