The pictures have caused Harry to be slammed by animal rights activists. 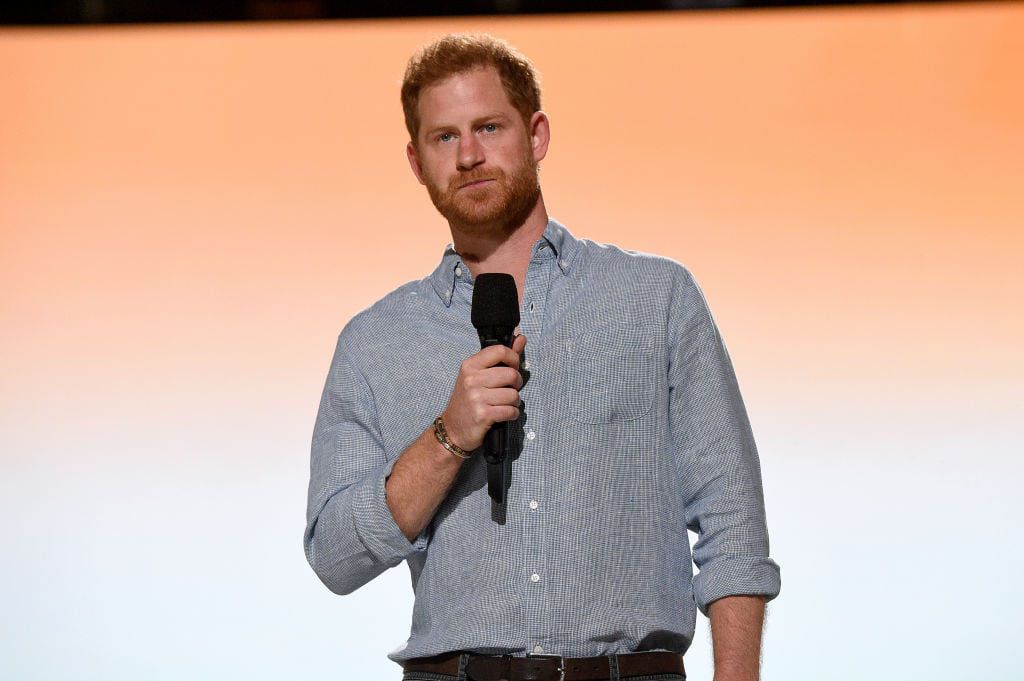 Scroll on to find out why Harry’s been canceled…

Now, Harry and Maghan seem to have been the pillars of scrutiny against the Royal Family since stepping down from their positions January 2020. 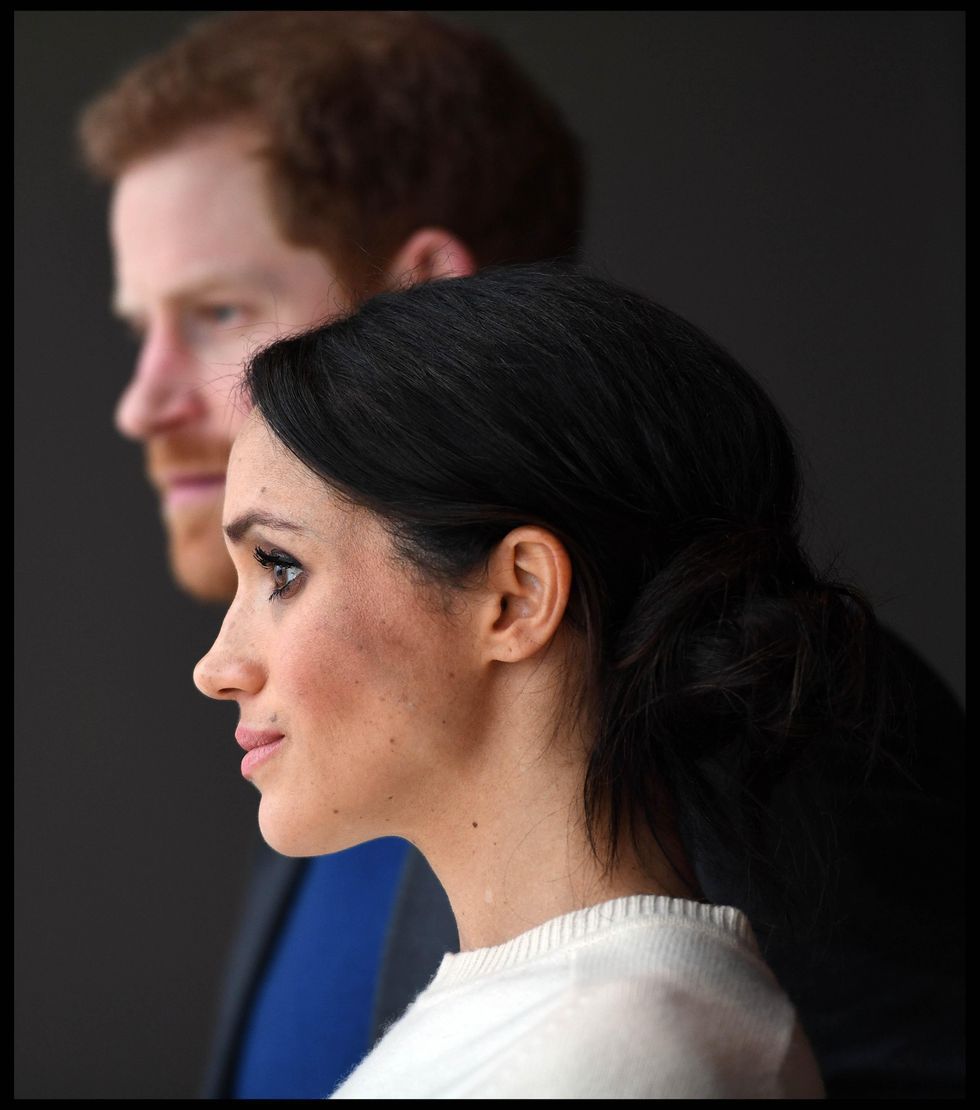 Meghan and Harry said they wanted a more private life for their children, and moved to Los Angeles to live a more normal life out of the media eye.

​However, many feel like the couple has truly slandered the Royal Family. 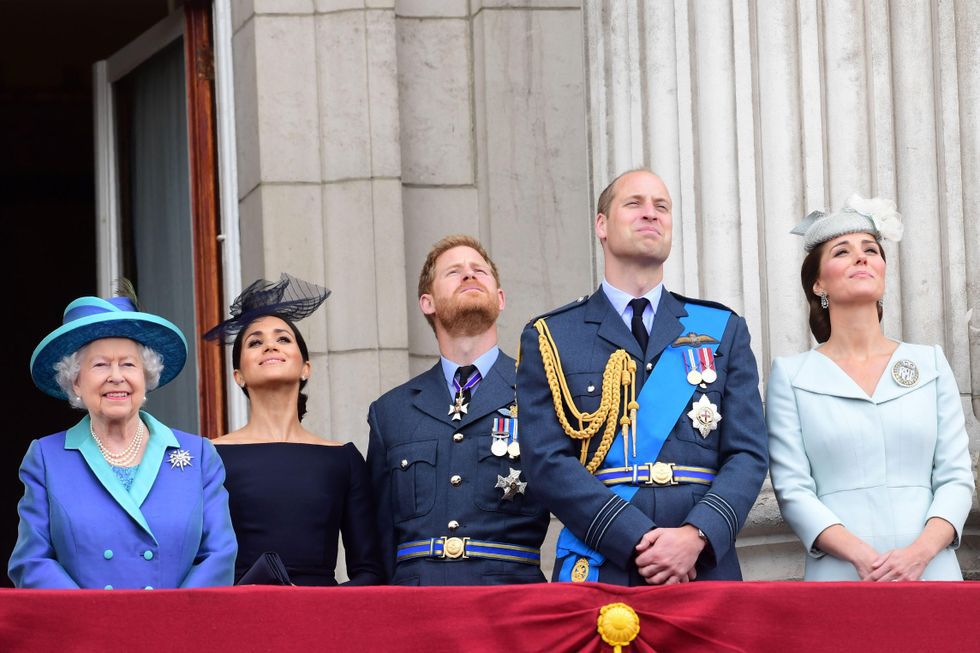 And that Harry’s relationships with his brother, father, and grandparents is “hanging by a thread.”

Although, through the rifts, there were reports that the Royal Family were “delighted” by the news of the couples second child, Lilibet’s birth.

Congratulations to Harry, Meghan and Archie on the arrival of baby Lilibet Diana ?Wishing them all well at this special time. pic.twitter.com/ucJZIm2kqH

— The Prince of Wales and The Duchess of Cornwall (@ClarenceHouse) June 6, 2021

Despite Harry’s continuous blasting of them across all media platforms. 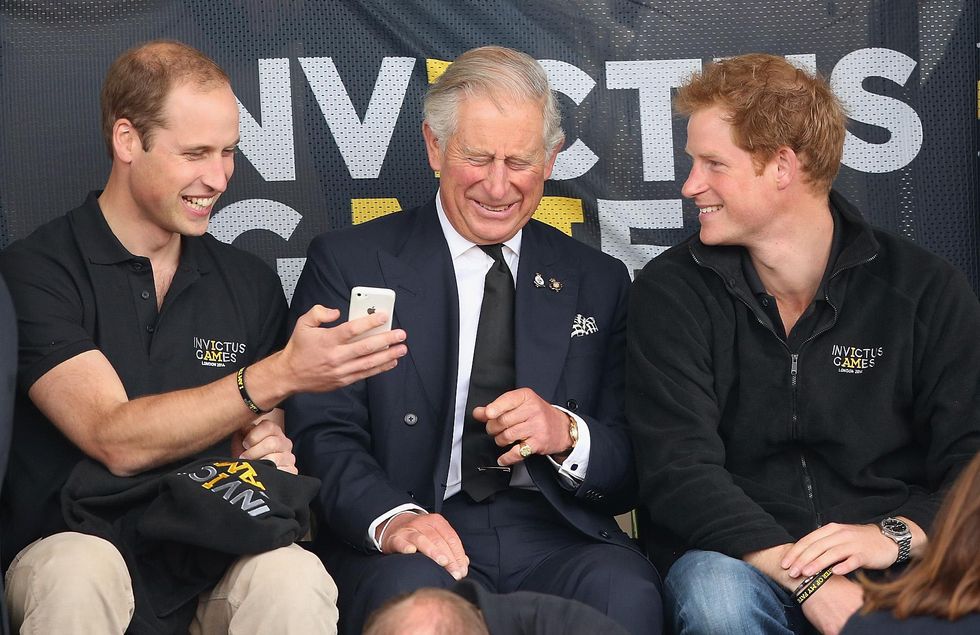 With Charles apparently refusing his calls on the lead-up to the announcement in 2020. Harry also said he was financially cut off from his father after they stepped down and at first they were forced to live off Diana’s inheritance.

Asked by Oprah Winfrey during their televised interview about why they left, Harry blamed a “lack of support and lack of understanding.” 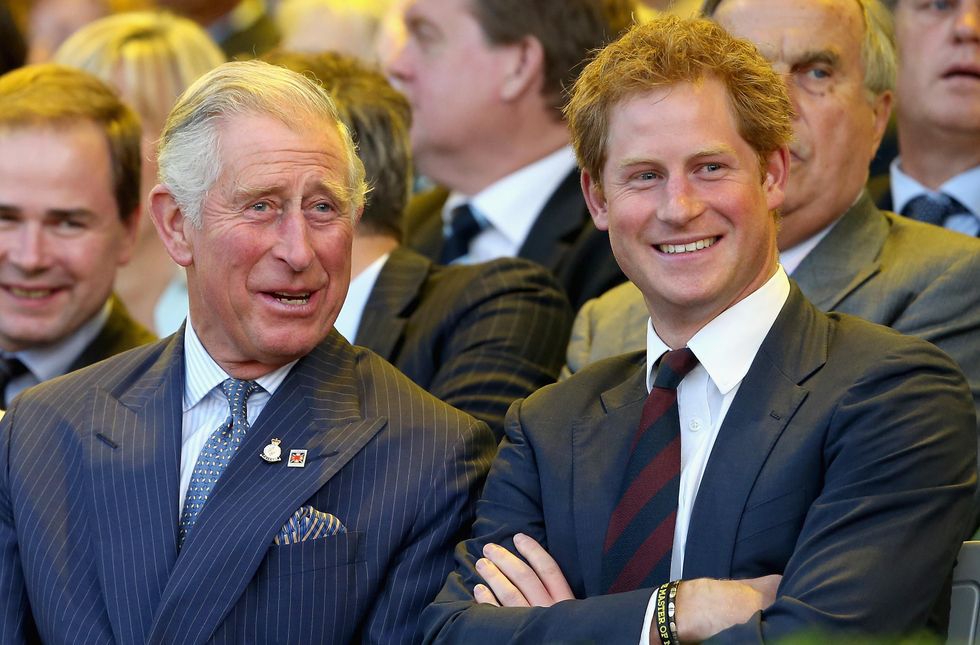 He also said he wanted to get away from the ‘genetic pain’ he felt from his family, especially his father, Prince Charles.

“I feel really let down because he’s been through something similar, he knows what pain feels like, (and) Archie’s his grandson.” 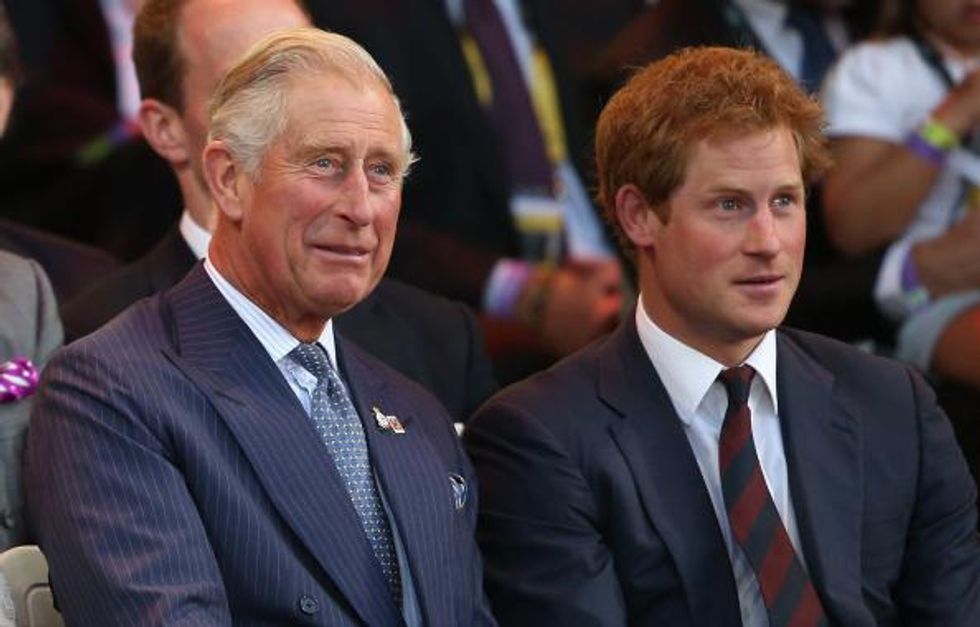 “But at the same time – I will always love him – but there’s a lot of hurt that’s happened and I will continue to make it one of my priorities to try and heal that relationship. But they only know what they know, or what they’re told.”

Then, of course, following Lilibet’s birth came the controversy surrounding her name… 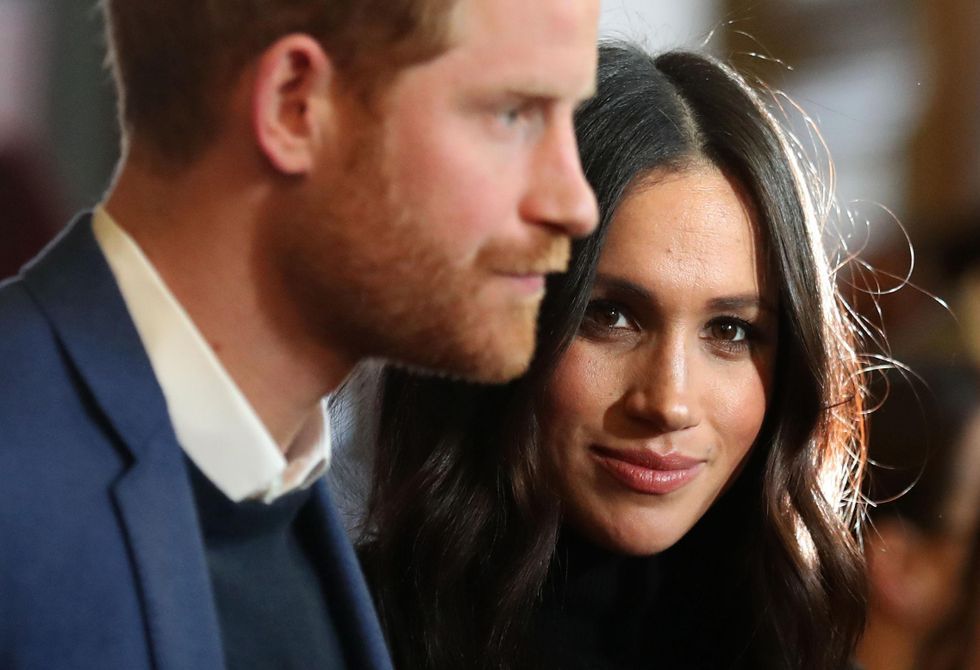 With one royal biographer, Angela Levin, deeming it as ‘rude.’

As we know, their baby girl was named Lilibet Diana Mountbatten-Windsor. 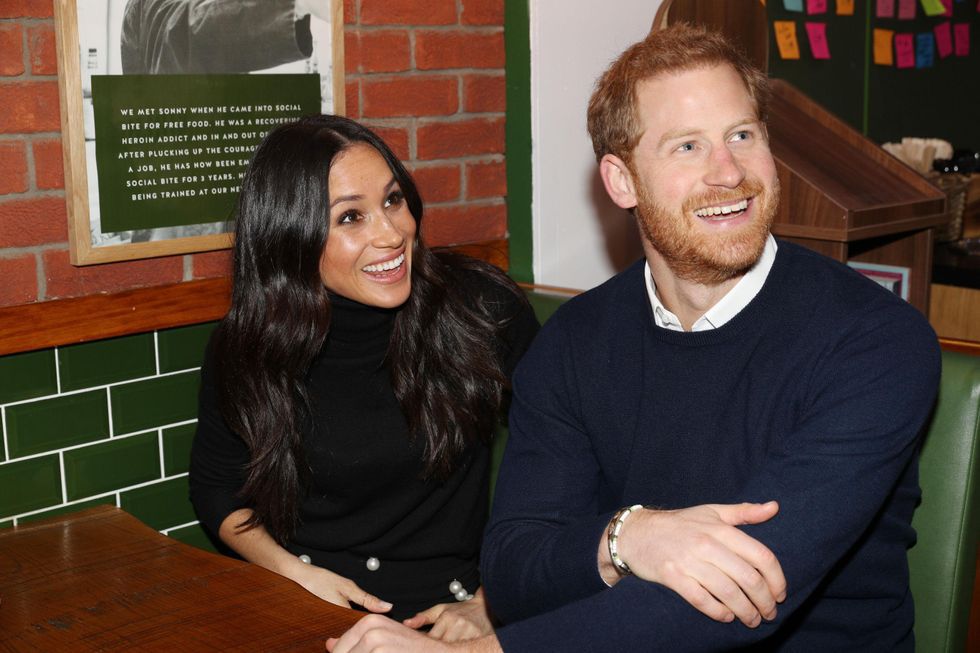 Paying tribute to Harry’s late mother Diana, Princess of Wales, who died in 1997, when Harry was just twelve.

The name Lilibet is also a tribute to Queen Elizabeth II herself. 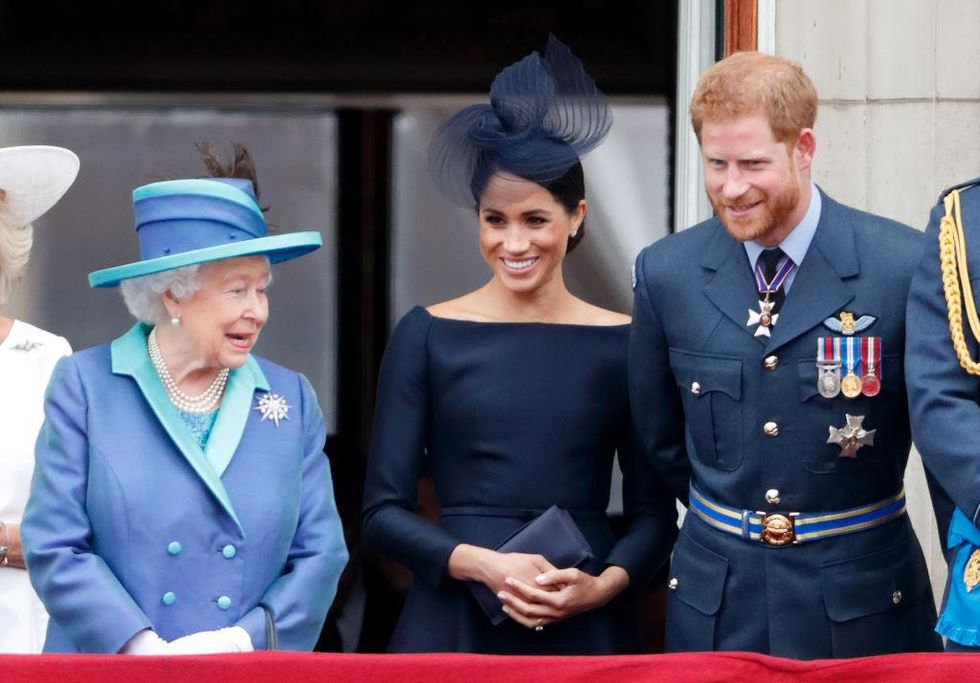 A family pet name, the Queen bestowed it on herself as a child as she couldn’t pronounce the name Elizabeth. The name was particularly used by the Queen’s late husband Prince Philip. It was also used by her doting father, King George VI.

But, despite the tribute, people still weren’t happy with some even accusing that, by using the Queen’s private pet name as a first name, Harry had broken royal protocol.

Harry was heavily criticized for taking such a private, intimate pet name and giving it to his child, after what some are calling an ‘onslaught of abuse’ against his grandmother and The Firm.

Royal commentator, Richard Kay, suggested that it may be a step too far for Meghan and Harry to name their daughter Lilibet. 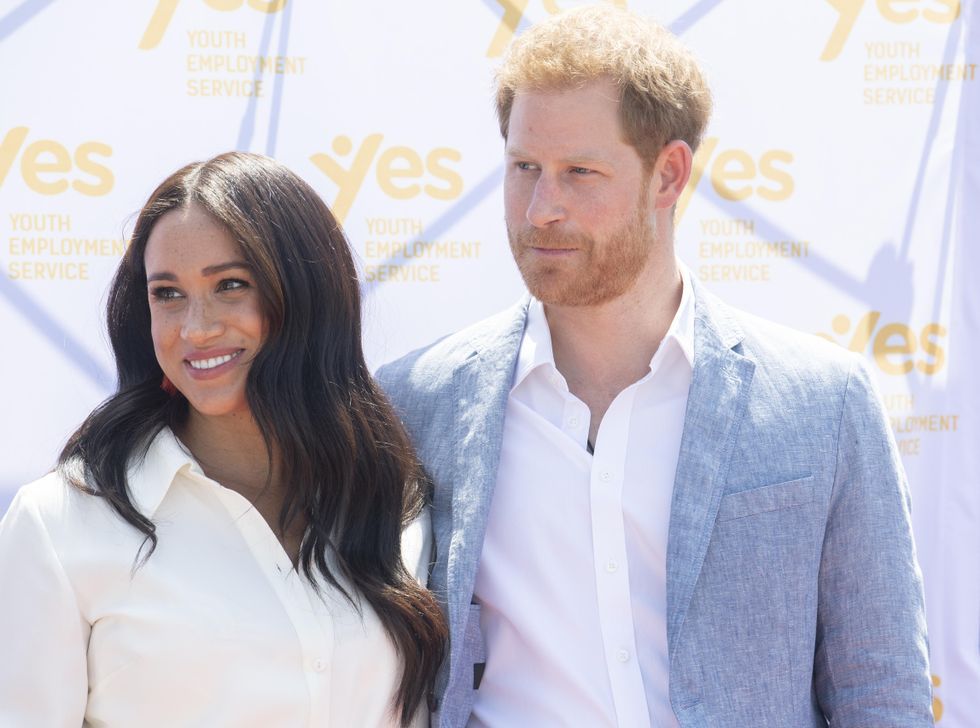 Writing in a column for the Daily Mail, he said: “By giving the baby the name Lilibet, the Queen’s private family nickname – even though they intend to use the diminutive ‘Lili’ for their daughter – there is a risk.”

“Will it be seen as a presumptuous choice for a royal baby who is eighth in line to the throne, but who will grow up on the other side of the world speaking with an American accent?” 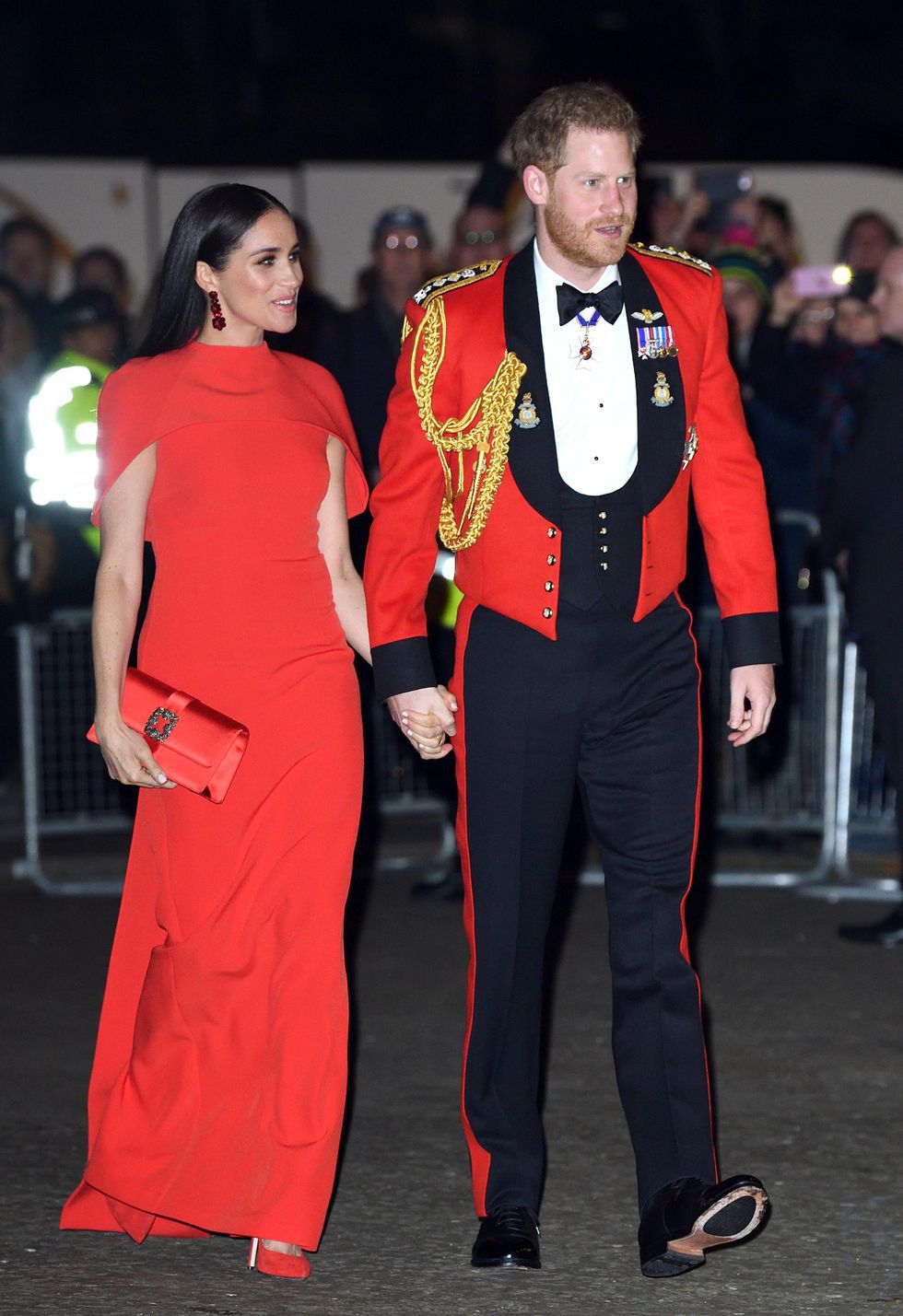 “It is tempting to wonder if Harry would have been so emboldened in his choice if his grandfather Prince Philip – the only close family member permitted to call the Queen ‘Lilibet’ – had still been alive.”

“Doubtless, there will be among the more cautious courtiers at the Palace some discomfort and the odd raised eyebrow at this latest convention-destroying Exocet from the Duke and Duchess of Sussex.”

There was a mixed response to the name, with some believing that the couple were pandering to the Queen for forgiveness, whilst others thought that it was a touching tribute.

Eventually though, the controversy took a backseat… 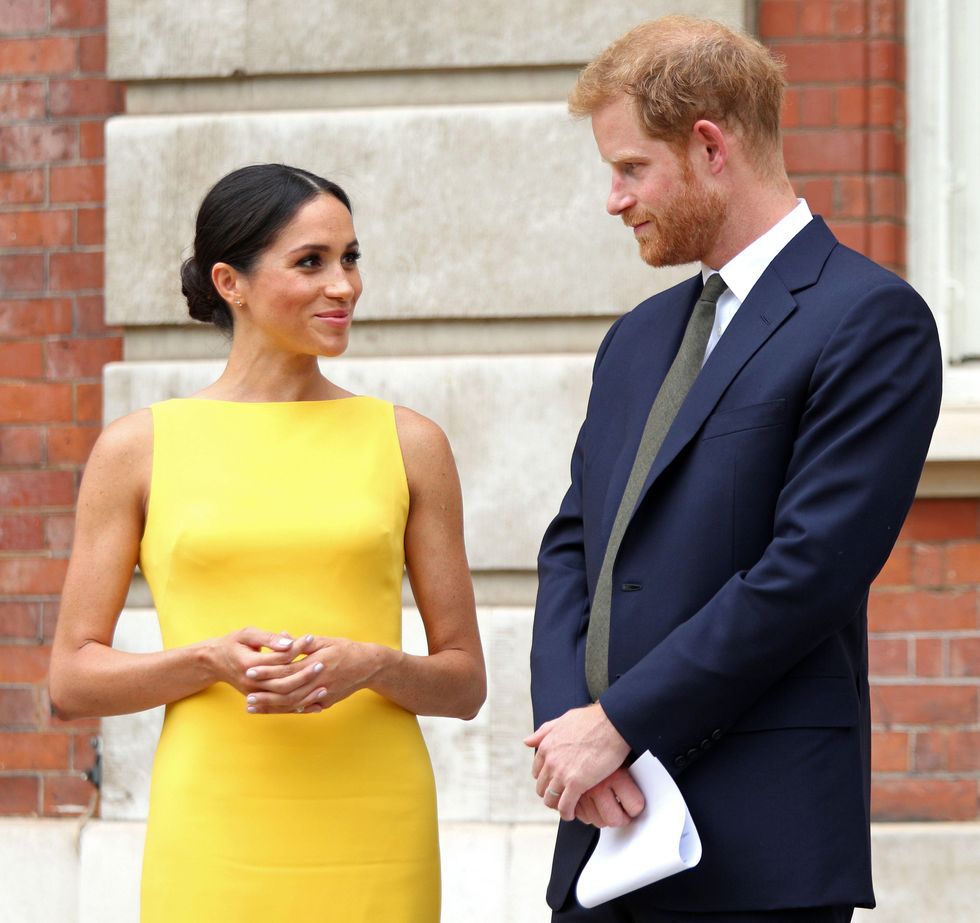 As the couple finally shared a picture of Lilibet…

The picture was spotted in the back of a video released to mark Meghan’s fortieth birthday.

In the video, Meghan shared her project 40×40, which she’s set up to help get women back into the workplace after giving birth, and behind her, some eagle-eyed fans spotted 4 family photos proudly on display…

Meghan revealed in the short clip that she’s asking forty friends to donate forty minutes to help mentor a woman back into work.

In a message on their Archewell website with the clip, Meghan also wrote: “In reflecting on my 40th birthday and the many things I am grateful for, I’m struck that time is among our greatest and most essential gifts.”

“Time with our loved ones, time doing the things we love, time spent learning, laughing, growing, and the sacred time we have on this earth. Amongst the most valuable gifts of time is also time spent in service to others knowing that it can contribute to incredible change.”

“In the past two years, and in large part because of the COVID-19 pandemic, tens of millions of women around the world have left the workforce, including over 2 million women in the US.”

“So many of these women are also shouldering the brunt of the crisis when it comes to unpaid labor, including schooling and caring for family members. And the latest research shows that fewer women than men will regain work as we recover from the pandemic.”

“I believe mentorship is one way to help women regain confidence and rebuild their economic strength, and for my birthday, I have asked 40 friends, activists, athletes, artists, and world leaders to help kickoff a global effort by contributing 40 minutes of mentorship to support women re-entering the workforce.”

“With this time, I hope they each help someone advance a professional life on her own terms, and, I hope that they inspire countless others to give 40 minutes of their time as well.“If you are able, please join us and pledge 40 minutes today in service of others in the way that feels right to you. The time that you donate can contribute to a global wave of service and set in motion meaningful impact in our own communities, and across the world.”

Now, it seems that the controversy surrounding Harry and Meghan has moved on to something else… 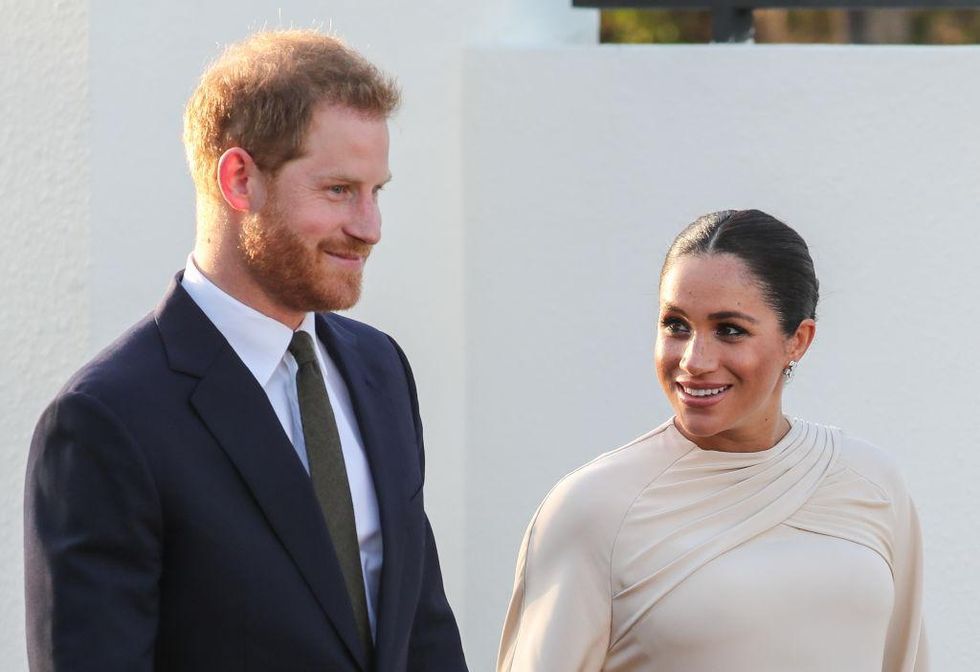 A “disturbing” picture of Harry that has surfaced.

Harry has sparked anger among people after he was pictured attending a rodeo in Texas. 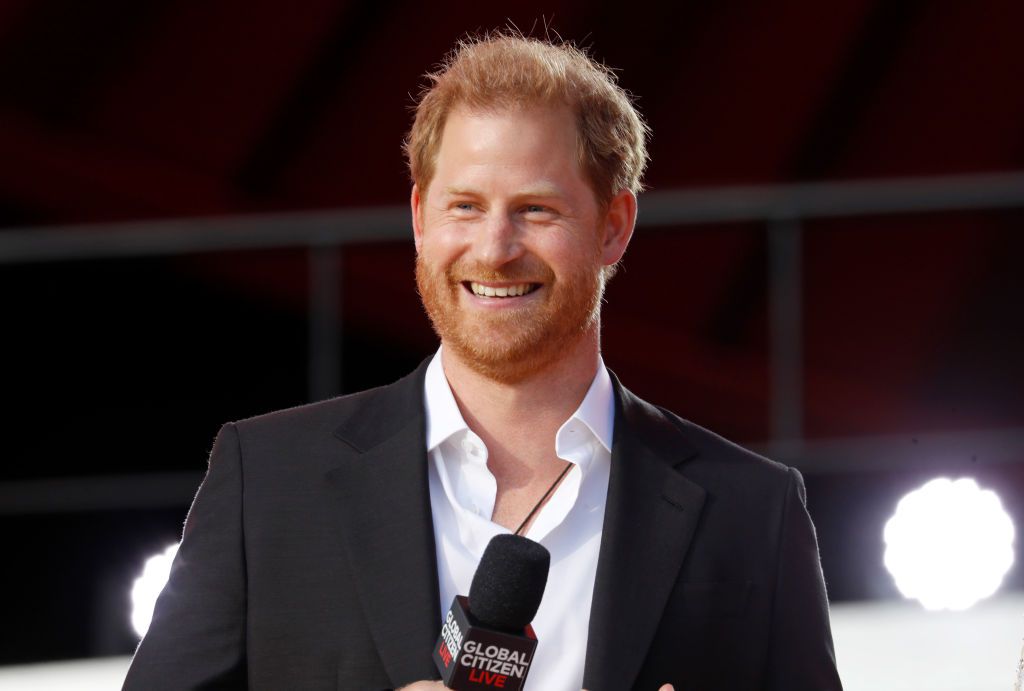 People have a lot to say about it…

Harry sparked anger amongst animal rights campaigners after he was pictured attending the Stockyards Rodeo event in Texas. 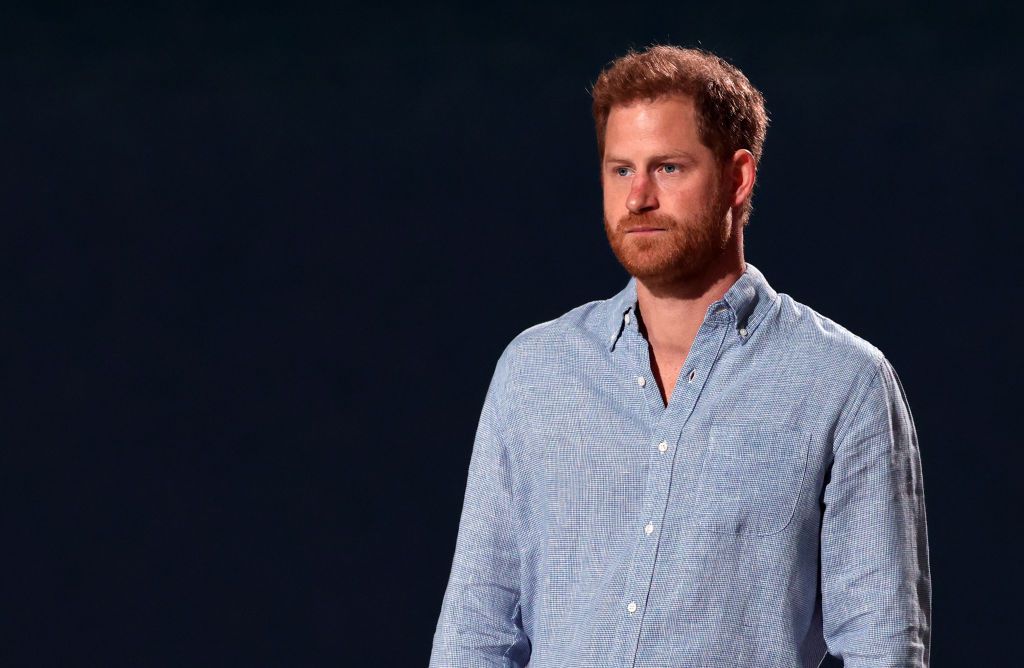 A picture shared by Omid Scobie showed Harry wearing a cowboy hat as he spoke with poeple.

Living his best American life🇺🇸 Prince Harry was in Fort Worth, Texas this weekend and spent Saturday at the historic @cowtowncoliseum for the famous @StockyardsRodeo. The duke was spotted by locals enjoying some good ol’ Southern hospitality and a VIP tour of the venue. pic.twitter.com/Em3xAQNLs4

Sharing the picture to Twitter, Scobie wrote: “Living his best American life. Prince Harry was in Fort Worth, Texas this weekend and spent Saturday at the historic @cowtowncoliseum for the famous @StockyardsRodeo. The duke was spotted by locals enjoying some good ol’ Southern hospitality and a VIP tour of the venue.”

Harry has been slammed for his attendence by many including the animal rights group, PETA. 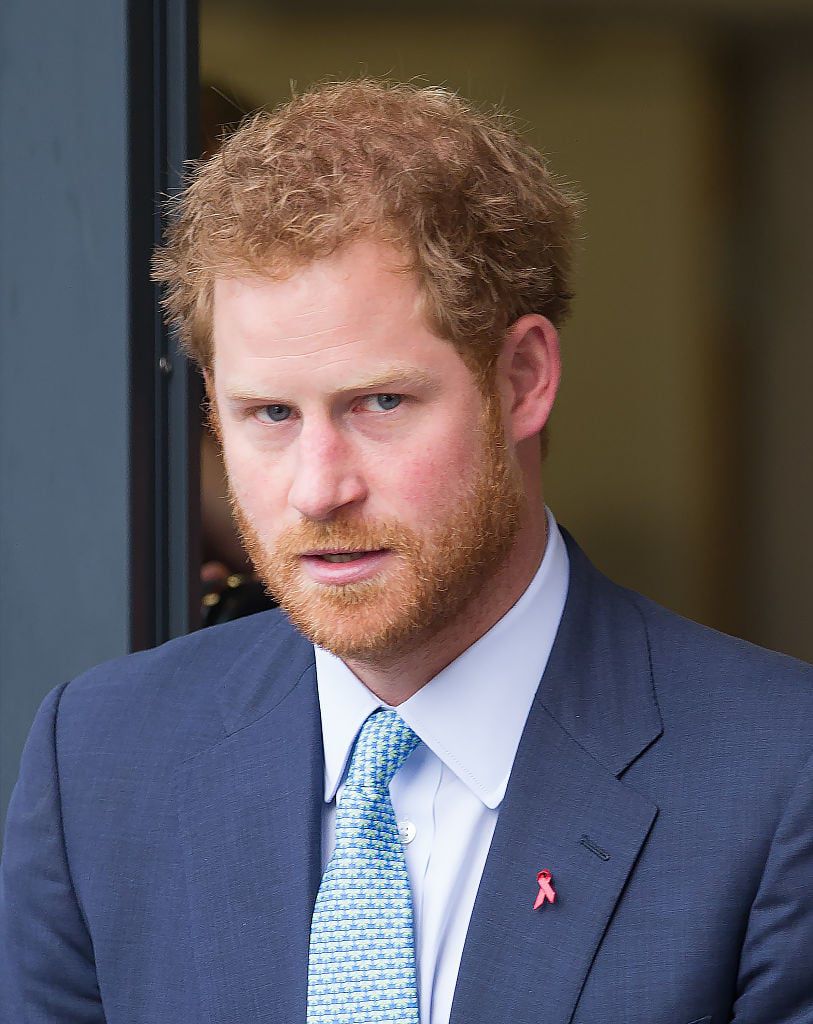 Rodeos have been heavily criticized in the past due to their treatment of horses.

In a statement, PETA, which stands for People for the Ethical Treatment of Animals, called Harry attendance at the rodeo “extremely disappointing.”

According to News.com.au, Catie Cryar, a PETA assistant manager, said in a statement: “It’s extremely disappointing to see that Prince Harry made the misjudgment to attend a rodeo, a crude, old amusement for bored cowboys who view animals as nothing more than things.”

“In these events, participants use electric prods, flank straps, and spurs to burn, wound, terrorise, and provoke animals who are trying to flee for their lives.” 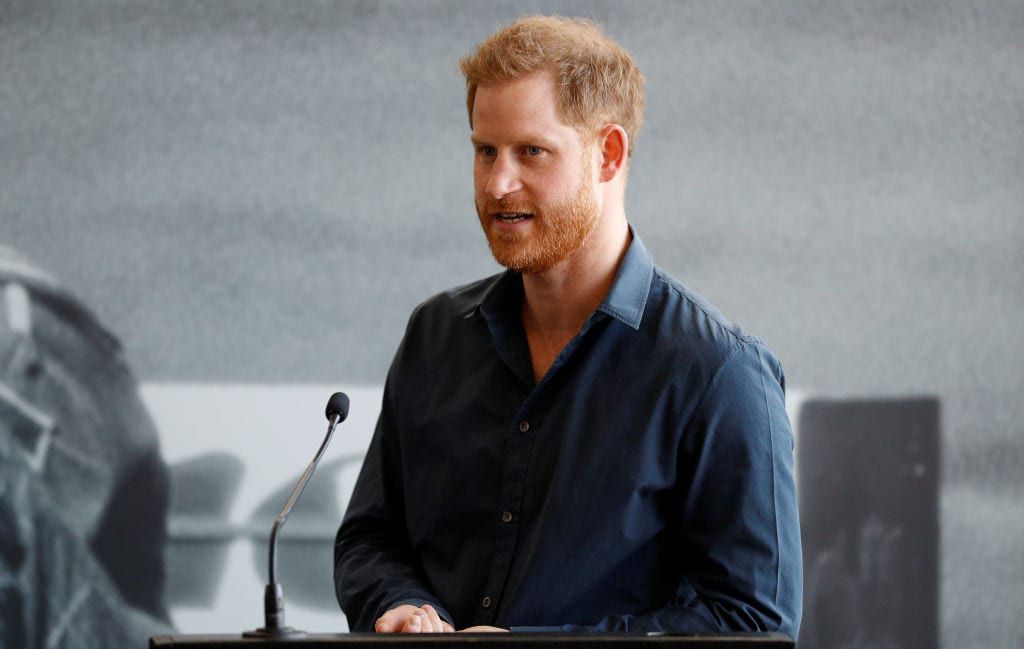 Cryar continued to add: “Animals commonly sustain broken bones, punctured lungs, snapped necks, or torn muscles, and they sometimes die in an arena — and even those who don’t end up scared out of their wits at a slaughterhouse — so anyone who cares about animals should avoid these spectacles of suffering.”

According to the Mirror, Chris DeRose, the founder and President of Last Chance for Animals, also criticized Harry for his attendence. 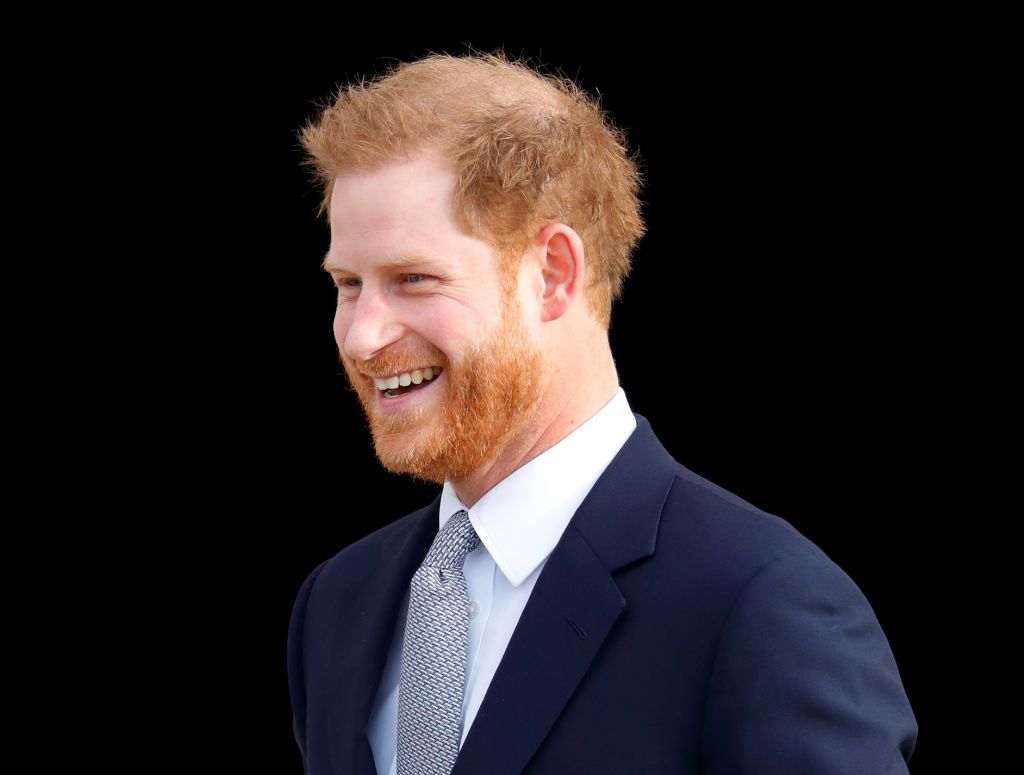 “Given the Duchess’ activism on animal rights issues, it’s inconceivable the Prince would find the abuse perpetrated by the rodeo to be entertaining.” 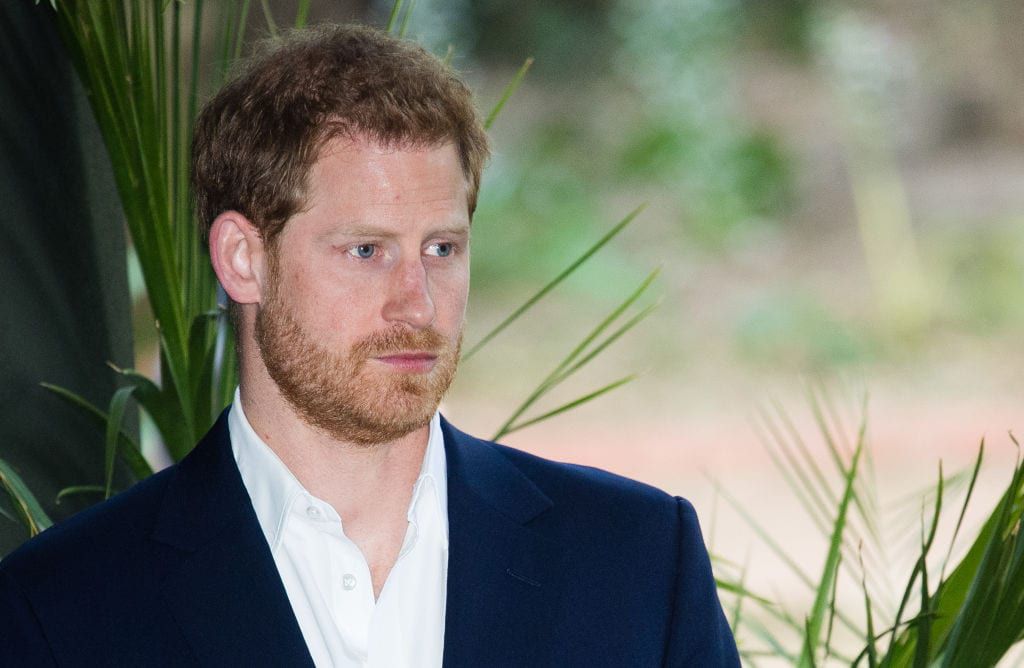 “We encourage Prince Harry to learn more about the Tools of Terror used in bull riding. His ignorance and naivete only undermine the Duchess’ tremendous legacy and work to end animal cruelty.”Do you think Harry was wrong to attend the rodeo?