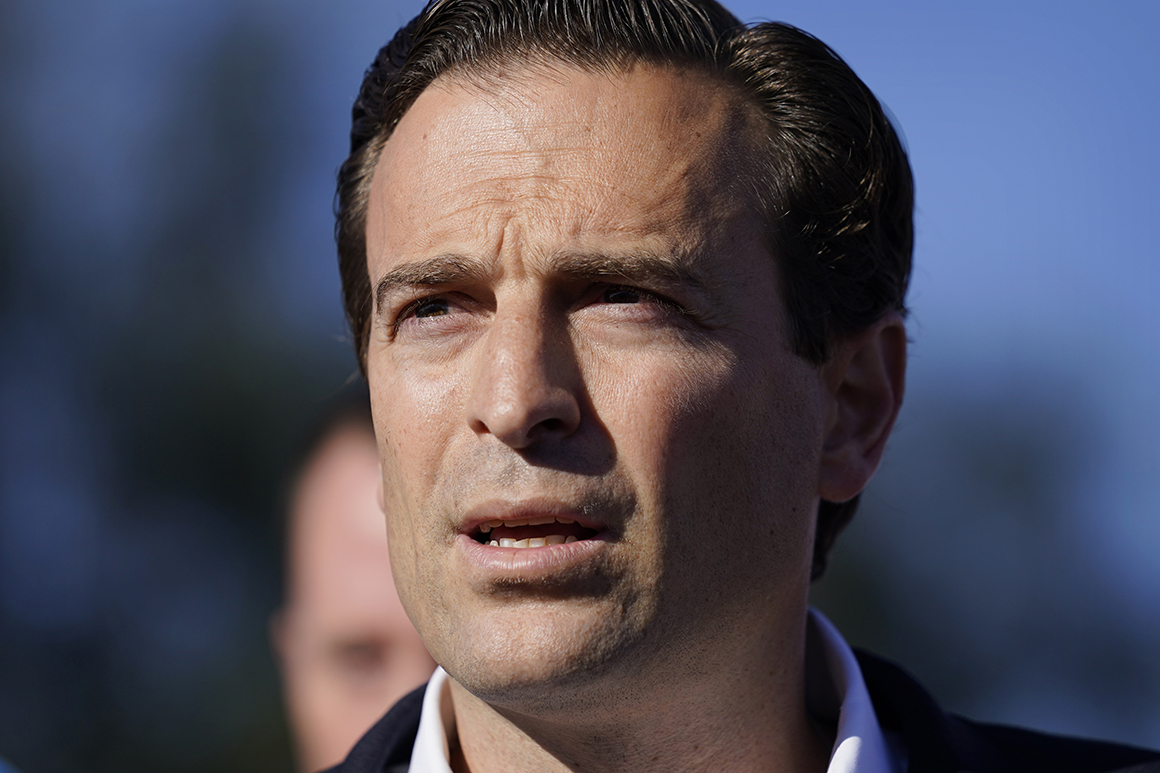 Prosecutors plan to call former Nevada Attorney General Adam Laxalt –; the frontrunner for the GOP nomination in a crucial 2022 Senate race –; to testify in the upcoming criminal trial of Lev Parnas, an associate of Rudy Giuliani who became a central figure in the 2019 impeachment of President Donald Trump.

Laxalt”;s unsuccessful 2018 campaign for governor was among the recipients of two $5,000 donations from another Giuliani associate, Igor Fruman, that the Justice Department alleges were straw contributions from a Russian businessman not permitted to fund U.S. campaigns. And prosecutors say Laxalt”;s testimony will show he was deceived into believing the donation was legitimate.

Fruman, a co-defendant in the case, pleaded guilty earlier this month and is cooperating with prosecutors. Giuliani has not been charged, but his Manhattan apartment and office were raided by the FBI in May in a foreign influence investigation with links to the ongoing prosecution. The former New York City mayor and prominent attorney for Trump has denied wrongdoing.

The Justice Department also indicated that Parnas”; attorneys could make life very uncomfortable for Laxalt at the trial for Parnas and another co-defendant set to open Oct. 12 in Manhattan federal court.

“;Parnas has informed the Government that he may wish to cross-examine Laxalt on political positions that Laxalt has publicly adopted, in order to suggest that Laxalt could not honestly believe those positions and thus is not credible,”; prosecutors wrote. “;Such questioning would confuse the issues, distract the jury, and be unnecessarily inflammatory. … Given the fraught nature of modern politics, it can reasonably be expected that some jurors will strongly disagree with Laxalt”;s political positions, and come to doubt his testimony for reasons entirely unrelated to its truth.”;

In a late Monday court filing, prosecutors indicated Parnas had informed them he intends to impugn Laxalt”;s credibility by questioning certain politically charged positions he has supported. It”;s unclear what positions they”;re referring to, but Laxalt –; who was the chair of Trump”;s Nevada campaign team –; has been a vocal ally in Trump”;s crusade to falsely question the legitimacy of the presidential election.

More broadly, Laxalt”;s involvement in the trial will shine an uncomfortable light on one of the few candidates who has united both the Trump and McConnell wings of the GOP. Though Trump has sharply attacked Senate Minority Leader Mitch McConnell –; in part because of McConnell”;s vocal criticism of Trump for stoking the Jan. 6 attack on the Capitol –; Laxalt has earned support from across party factions. He is seeking the nomination to take on Sen. Catherine Cortez-Masto, who is seeking a second term.

Prosecutors also said they intend to try to block Parnas”; attorney from questioning Laxalt about a controversial 2016 meeting he sought and attended with top Nevada casino regulator A.G. Burnett. At the meeting, which Burnett secretly recorded, Laxalt took part in discussions about whether the casino board would support Laxalt donor and casino magnate Sheldon Adelson”;s company in ongoing civil litigation.

Burnett turned the recording over to the FBI. No charges related to the episode were ever filed, but Democrats in Nevada challenged Laxalt over the issue when details of the meeting became public. They argued it was, at least, a conflict of interest for Laxalt to attend the session.

Adelson, a major benefactor to Republican campaigns, died in January at age 87.

“;This incident does not appear to have led to any criminal investigation, and the FBI concluded that recording did not contain evidence of a crime,”; prosecutors wrote in their bid to put the matter off limits at the trial. “;Any continuing debate about the recording therefore appears to be more a matter of politics than legal or factual dispute.”;

Prosecutors also appear to have made another argument to U.S. District Judge Paul Oetken about aspects of Laxalt”;s testimony, but that portion of their presentation was redacted from the 42-page brief filed publicly Monday night.

The new court filing also says that Parnas sought to cooperate with prosecutors and the FBI last year by submitting to “;lengthy”; questioning about his activities. The so-called proffer session, which extended to matters not included in the current charges, did not result in a plea deal for Parnas. Under the terms of the proffer, prosecutors say, Parnas”; statements may be introduced at the trial if he or his attorneys contradict or undercut the facts he claimed during the meeting last March.