Republican Rep. Paul Gosar. What can be said about Gosar that hasn”;t been said before? He”;s a crummy, bigoted, corrupt man. His brothers and sisters have actively campaigned against him for years, and have called for his expulsion from Congress because of his seditious activities surrounding the “;Stop the Steal”; cacadoodoo anti-democracy trash of the past year. His most recent activities as a legislator include being one of only 16 members of the House to vote against making it easier for Afghan allies to access visas in America.

On Aug. 30, Gosar posted some images of disgraced Donald Trump sitting in the White House”;s Oval Office, a shot of President Joe Biden leaning over to say something to a young woman, and a shot of Gosar himself standing in a desert of cacti. What makes this a slightly more depressingly strange social media post–;and classic Gosar–;is the pseudo-science and misogyny he has added to it. In the images, there are a series of straight, lime green lines. The one diagonal line runs through Biden as he is leaning over in the image posted. What”;s the story? Get ready to go down a Gosar rabbit hole. 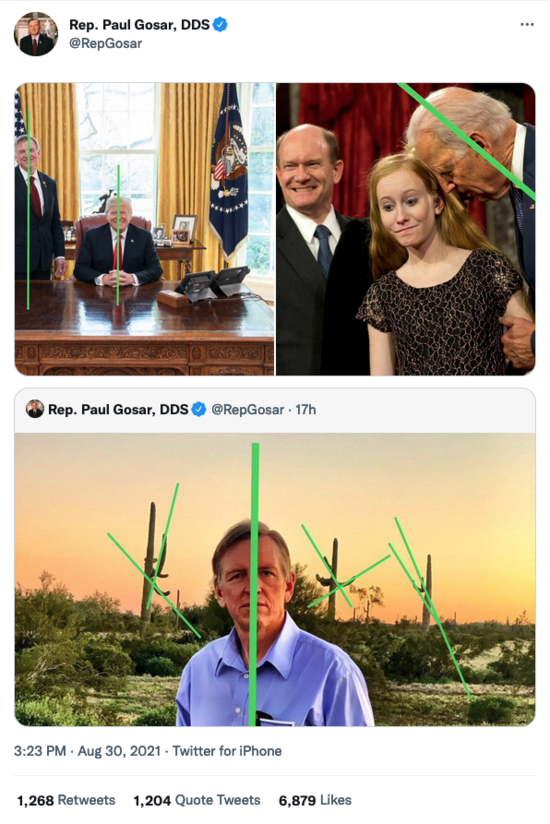 What is Gosar getting at here? Well, to fully understand how pathetic this is, you need to realize who he is both retweeting and referencing.

First, let”;s define what an “;incel”; is. This is a subculture found online of young men who are angry and frustrated by their fear and lack of success in finding a romantic partner–;usually of the cis-female persuasion. These young men desire this romantic contact, but usually connect with one another around resentments and a general self-loathing that they project onto the world around them instead.

Second, let”;s define what a “;groyper”; is. Groypers are sort of far-right, white nationalist, trolling activists. Think of them as the contrarians one frequently finds online, trolling anybody and everybody for every reason imaginable. Now pretend their main focus is constantly trying to rebrand themselves as not simply white supremacist assholes, but as “;Christian conservatives.”; Groypers are so openly offensive and grotesque that even Trump-loving Turning Point USA has distanced themselves from them. In the Venn diagram of douchebag right-wing online pricks, groypers and incels share a big crossover.

Now, about those green lines and Gosar:

Rivelino the Artist”;s Twitter account has been around for some time. It”;s a misogynistic, sometimes parody-seeming series of tweets purporting to give out advice on how to be a man and be masculine. It is the kind of humor/not humor that conjures up the slew of trade-market paperback gimmick gift books that hit the shelves in the wake of the success of the novel Fight Club by Chuck Palahniuk, which also had a very quickly turned around and released film starring Brad Pitt and Edward Norton. That film helped repopularize the frustrated young men”;s movements, using humor while also being taken far too seriously by boys between the ages of 14 and 22.

To be clear, while you will find a few things that make you roll your eyes and shake your head slowly while saying things like “;This is stupid”; in your head, Rivelino is simply the easy-to-read-because-they-are-pictures version of intellectual dark web types like Jordan Peterson and Ben Shapiro. They offer up a pseudo-scientific old-timey biology predictive and social-darwinistic prescription of gender roles and politics. This is done as a strawman argument against the changes in our society as it tries to progress past old bigotries and sexist and racist constructs.

In the case of Gosar, the green lines represent superficial proof that Rivelino”;s account posits of strong versus weak masculinity. It”;s the kind of stuff that people like Donald Trump pathologically follow in order to squelch their clear insecurities and deficiencies as people. Standing straight up shows strength, while leaning over shows weakness.

An example of Rivelino”;s site.

Get it? Now go off and conquer the world, young man! To be clear, this is not simply a guide on how to be an alpha male king emperor who wins everything. It is also a guide to how women should act: Unsurprisingly, it”;s exactly how you imagine a guy like this would want a woman to act.

Get it? Now go off and be a great woman for your strong-like-bull man, ladies!

But to add to the crude quality of Gosar, let”;s be clear on what the green arrow between his legs represents in this misogynistic fantasyland.

Get it? Now go take a photo where you just think about your penis the entire time, fellas! 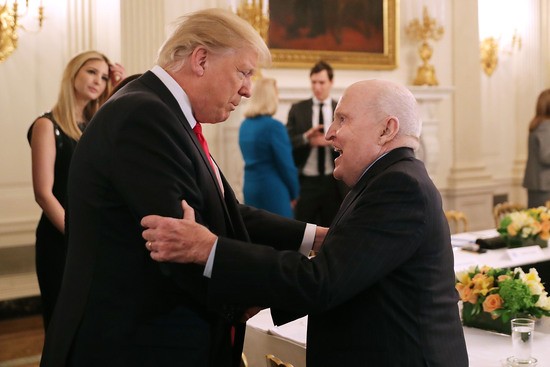 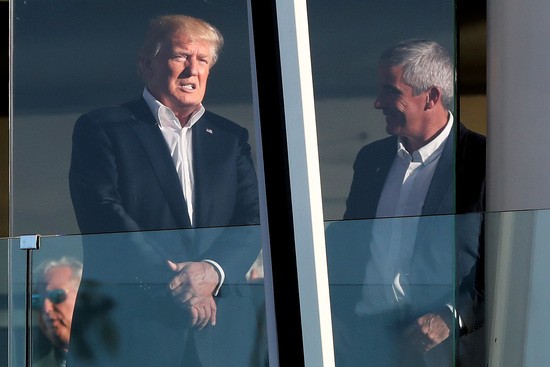 Gosar does not allow his tweets to be replied to, in part because he”;s a cowardly man who”;s insecure about his chosen profession with delusions of grandeur. But to be clear, Gosar does nothing unless he believes it will further his power and bank account. Is he willing to do anything for a buck? You bet he is.