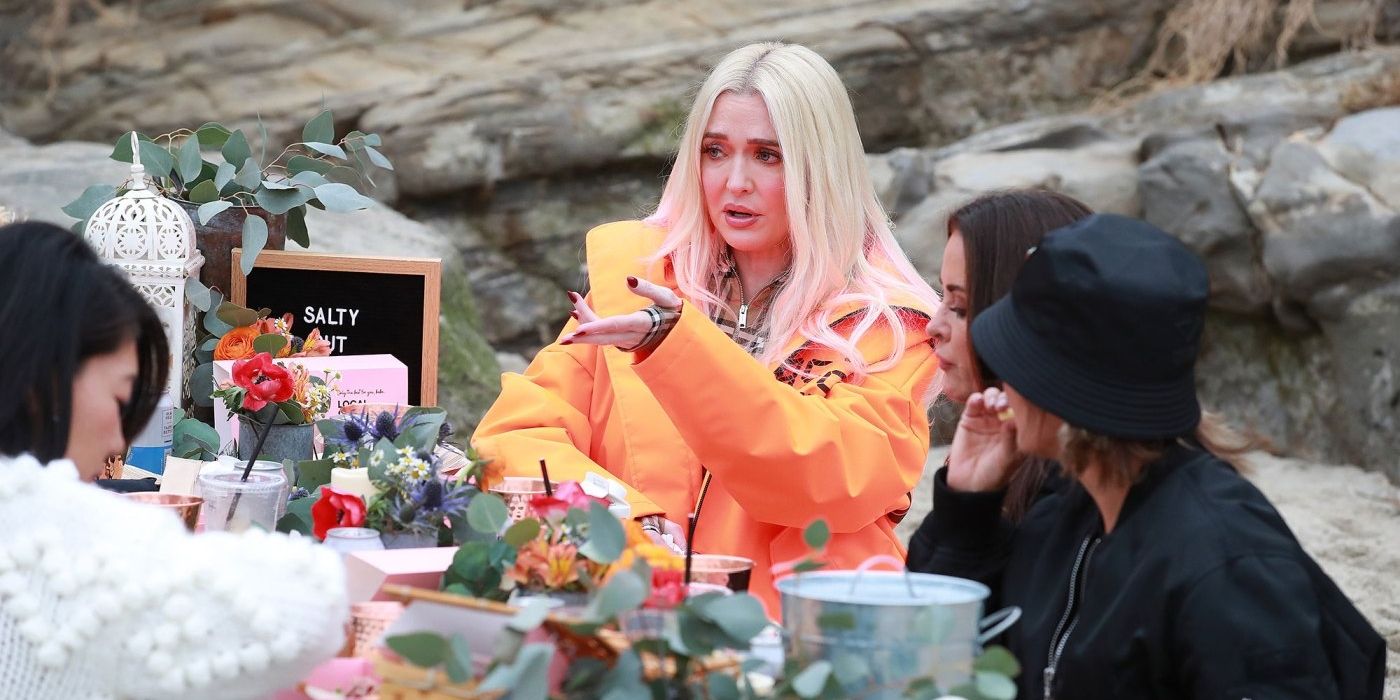 Even though The Real Housewives of Beverly Hills fans are celebrating Erika Jayne’s case being dismissed, a lawyer has revealed that viewers may not want to get too excited about the outcome. News broke over the weekend about Erika being officially dismissed of all charges in her estranged husband Tom Girardi’s $2 million lawsuits. While the singer was thrilled, it still may not be the end of her legal troubles.

Erika and Tom’s love affair has been questionable from the start as they initially met back in 1998 when she was a waitress. Tom always had power since he was a founding partner of the law firm Girardi & Keese, which is now bankrupt. Even amidst their 32-year age difference, the couple seemed to live a pretty great marriage that was filled with mutual respect. Sadly, RHOBH fans learned last season that wasn’t the case. In November of 2020, after over 20 years of marriage, Erika filed for divorce from Tom on election day shortly after both were accused of embezzling $2 million in settlement funds.

A governmental actions plaintiff’s lawyer by the name of Jay Edelson spoke out quickly after other outlets reported that Erika Jaybe was off the hook. The lawyer took to his Twitter to share his disappointment at the news coverage, noting that the lawsuit was going to be refiled in the state of California. The entire purpose of having the case dismissed was to avoid any fights over jurisdiction. Jay made it perfectly clear to followers that they were not going to let Erika “off the hook.” According to the lawyer, there is a mountain of evidence, and all the money they recover will go fully back to the victims.

All eyes have been on Erika after she became embroiled in a $25 million lawsuit. Tom Girardi’s law firm is accused of funneling money to her LLC, EJ Global. The disgraced lawyer has also been accused of embezzling money from the families of Lion Air Flight 610 victims to fund his ostentatious lifestyle. Back in October of 2021, Tom told the paparazzi that he believed his estranged wife knew about his business activities, but Erika has kept her mouth shut, waiting for her moment in court. Since Jay has spoken out, there is now much more that fans need to wait and see play out.

On more than one occasion, Erika has expressed that she was nothing but honest and forthcoming while filming the show. However, lawyers feel that she has been hindering their investigation. Erika’s legal team felt it was not a good idea for her to film the show since anything she said could be used against her in court. They argued that words could be twisted and turned, but the “Roller Coaster” singer didn’t feel like the danger mattered anymore. The Real Housewives of Beverly Hills season 12 is already filing, and Erika Jayne is once again a large part of the storyline.