Salma Hayek is back in the news again. 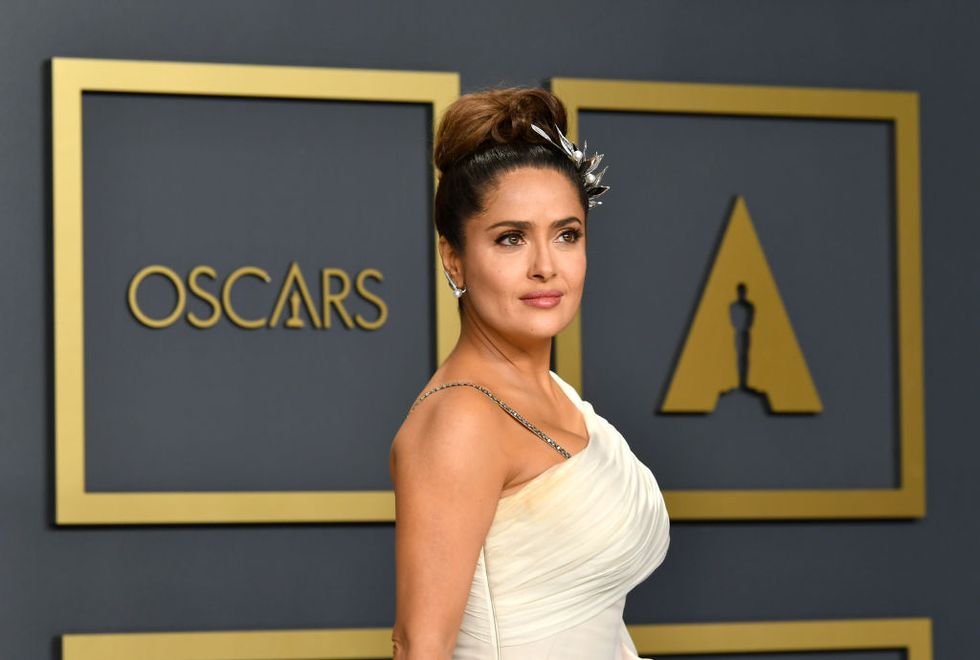 With many people arguing that she’s hotter than Jennifer Lopez…

But first, let’s take it right back. Raised in Mexico, Salma started her career as an actress from the age of twelve when she attended the Academy of the Sacred Heart in Grand Coteau, Louisiana.

Because the majority of working-class families in Mexico wouldn’t have had the resources to fund their child in an American acting school.

She landed the title role in Teresa (1989), a successful Mexican telenovela that rocketed her to stardom in Mexico. 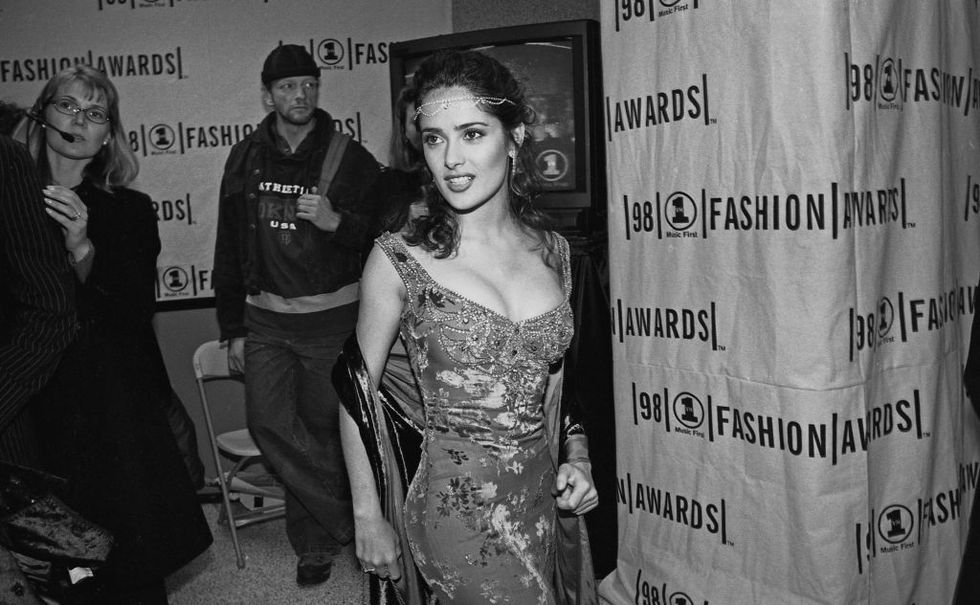 She went on to study acting under Stella Adler – but as a woman with limited English and a diagnosis of dyslexia, this proved to be extremely challenging.

After a couple of minor roles, the actress landed a small but major role in the 1996 cult classic From Dusk Till Dawn alongside George Clooney and Quentin Tarantino.

Her first star billing came the following year when she landed a big role in Fool’s Rush In alongside Matthew Perry.

These roles gave Salma a lot of exposure in Hollywood and she went on to work in movies such as Breaking Up (1997), Dogma, and Wild Wild West (1999).

She also starred in the movie, which was called Frida, and it was met with a lot of critical acclaim.

And she co-starred with Antonio Banderas in the Shrek spin-off film Puss in Boots. 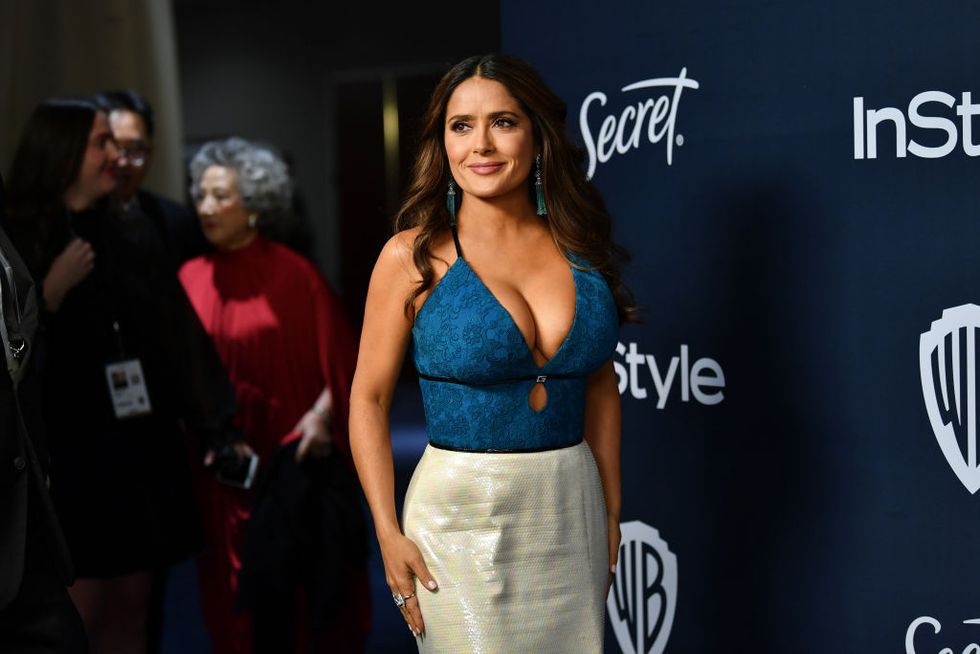 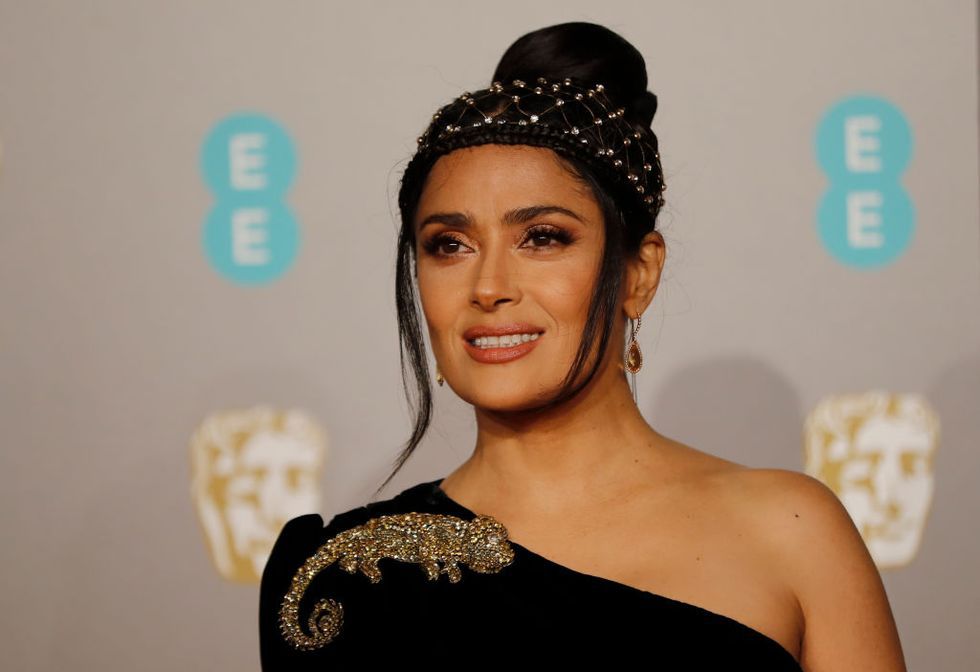 But also for her naturally beautiful looks.

Hayek married François-Henri Pinault back in 2009. 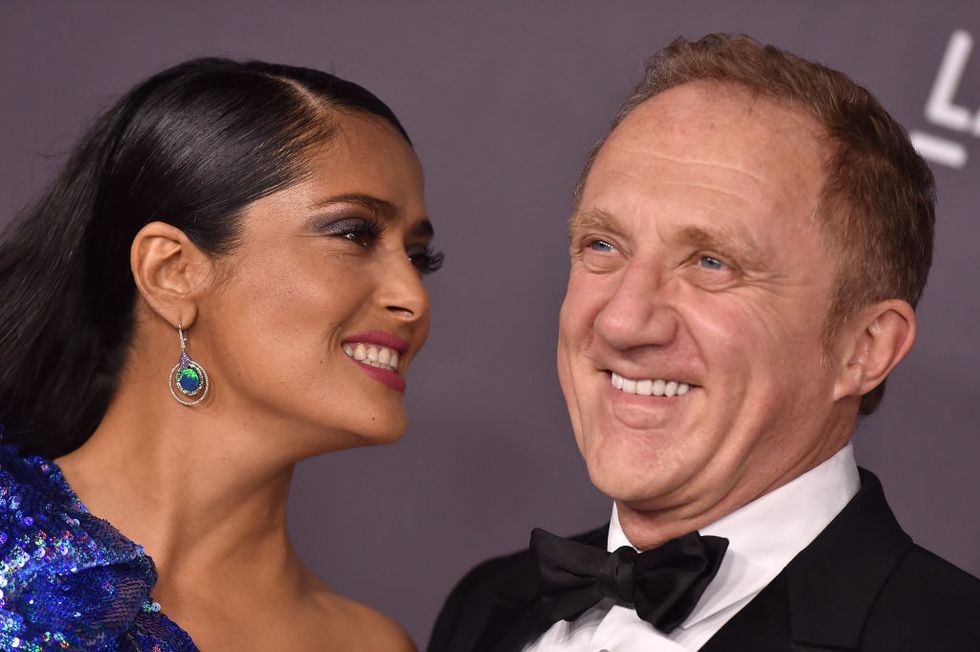 And they share a daughter together who was born in 2007.

It’s impossible to deny that Hayek is beautiful.

But many have been shocked to discover her age!

She sure looks good for it.

She’s not opposed to a bikini pic.

And she’s not ashamed of it.

“I had to lose a lot of weight and exercise to get into the bikini towards the end of last year.”

“I’m glad I took a lot of pictures, I have no shame on it, because it was the first week of the vacation.”

“I saved my pictures; I’m not in the same condition today, and I’m spreading the love out like every two weeks.”

“People are sick of it, but I’m not going to let them take a break.”

“They’re going to think I’m wearing a bikini every day. No, they’re all from the same location.”

But what’s the latest Hayek news?

Well, yet again it’s about her unwavering beauty with many arguing that Hayek is more beautiful than Jennifer Lopez.

A recent Twitter poll had fans flocking in their thousands to support Hayek.

The poll simply asks ‘who’s the baddest’ out of Hayek and Lopez – and according to TMZ, Hayek won big time…

While they’re both exceptional talents, beauty aside, who do you think is the most beautiful?

Who's the baddest out of these 2 ladies? pic.twitter.com/r6ofjj5e5b

Beauty is, however, in the eye of the beholder.