The so-called ‘Quad-State’ tornado crossed four states in just four hours and may be longest continuous tornado in American history.

And now, six of the people killed in the Amazon warehouse collapse have been identified.

At least 70 people have died. 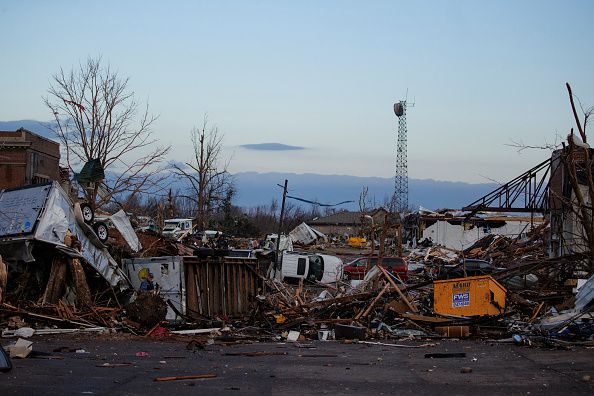 Following tornados across much of the US this weekend. There are also multiple fatalities at an Amazon distribution center in Illinois.

Around 30 tornadoes tore across the south and midwest of the US on Friday. 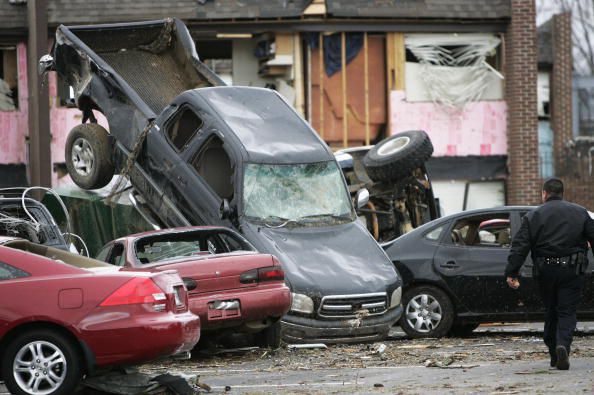 Resulting in complete devastation in many towns. It’s also the worst tornado in Kentucky in a long time.

The Graves County Emergency Management Office says if you live in Mayfield and can walk safely, you should head to Fire Station House 1 at 211 E Broadway street. There will be buses to help transport people. @JackKaneWPSD shared these photos of some of the damage there. pic.twitter.com/YJUQv5HnoD

But could actually get as high as 100, with Beshear saying: “This has been one of the toughest nights in Kentucky history and some areas have been hit in ways that is hard to put into words.”

“It’s probably closer to somewhere between 70 and 100. It’s devastating.”

The governor added the town of Mayfield in far western Kentucky had been devastated and said the damage was ‘some of the worst we’ve seen in a long time.’

Dozens are believed to have been killed at a candle factory.

We love you, Kentucky 💙

Where they were working when the storm hit.

There were also multiple fatalities at an Amazon warehouse in Illinois. 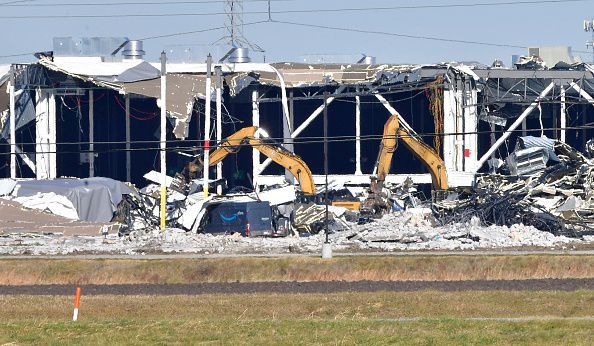 On Friday evening, a tornado caused a large part of the Amazon warehouse building in Illinois to collapse.

Now, the six victims have been identified.

It was later revealed that the overall death toll was higher than 70. 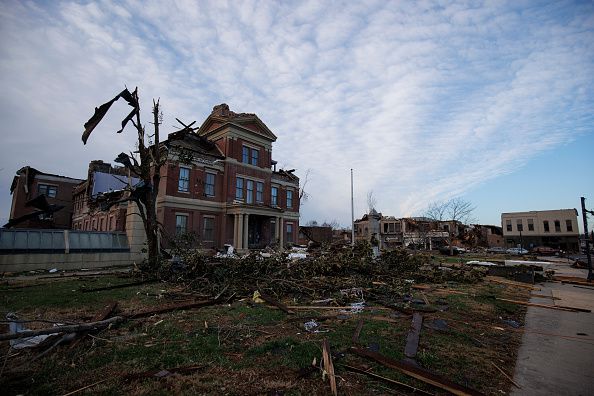 And the Kentucky Governor later commented that the death toll was north of 70 and could even exceed 100.

“This will be, I believe, the deadliest tornado system to ever run through Kentucky.”

More than 70 people killed by tornadoes in US on Friday night, governor of Kentucky says https://t.co/YHH2qva7OX

But it isn’t only Kentucky, as the tornado, now dubbed the ‘quad-state tornado’ tore through four states in just four hours. 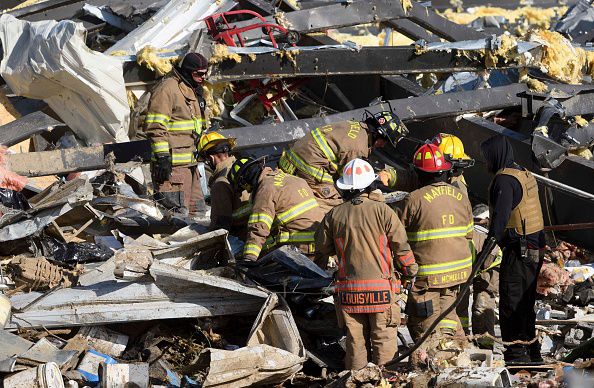 And could well have set the record for the longest continuous tornado in American history.

The National Weather Service is currently checking to see if the tornado is the same continuous one, or multiple. 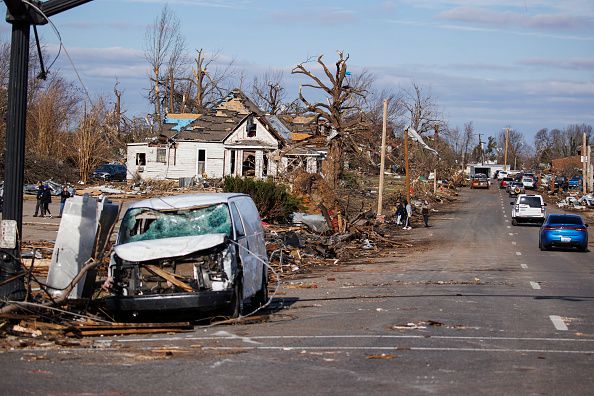 The longest continuous tornado on record is the “Tri-State” tornado from 1925, which tracked 219 miles across Missouri, Illinois and Indiana.

Friday’s tornados threw Debris up to 30,000 feet in the air, according to some reports.

This is all that’s left of an Amazon warehouse in Illinois after a tornado struck the building, in what’s being described as a ‘mass casualty event’ by officials.Several tornadoes struck a number of US states overnight, with reports of more than 50 people killed. pic.twitter.com/AG2RDadwb3

Which is the same height as commercial airplanes typically fly at.

This morning, I was briefed on the devastating tornadoes across the central U.S. To lose a loved one in a storm like this is an unimaginable tragedy. We’re working with Governors to ensure they have what they need as the search for survivors and damage assessments continue.

The President said:“This morning, I was briefed on the devastating tornadoes across the central U.S. To lose a loved one in a storm like this is an unimaginable tragedy. We’re working with Governors to ensure they have what they need as the search for survivors and damage assessments continue.”

In which he reiterated the points made in his initial tweet and directed federal agencies to provide needed resources to the states affected.

Our thoughts go out to all those affected by this horrific distaster.