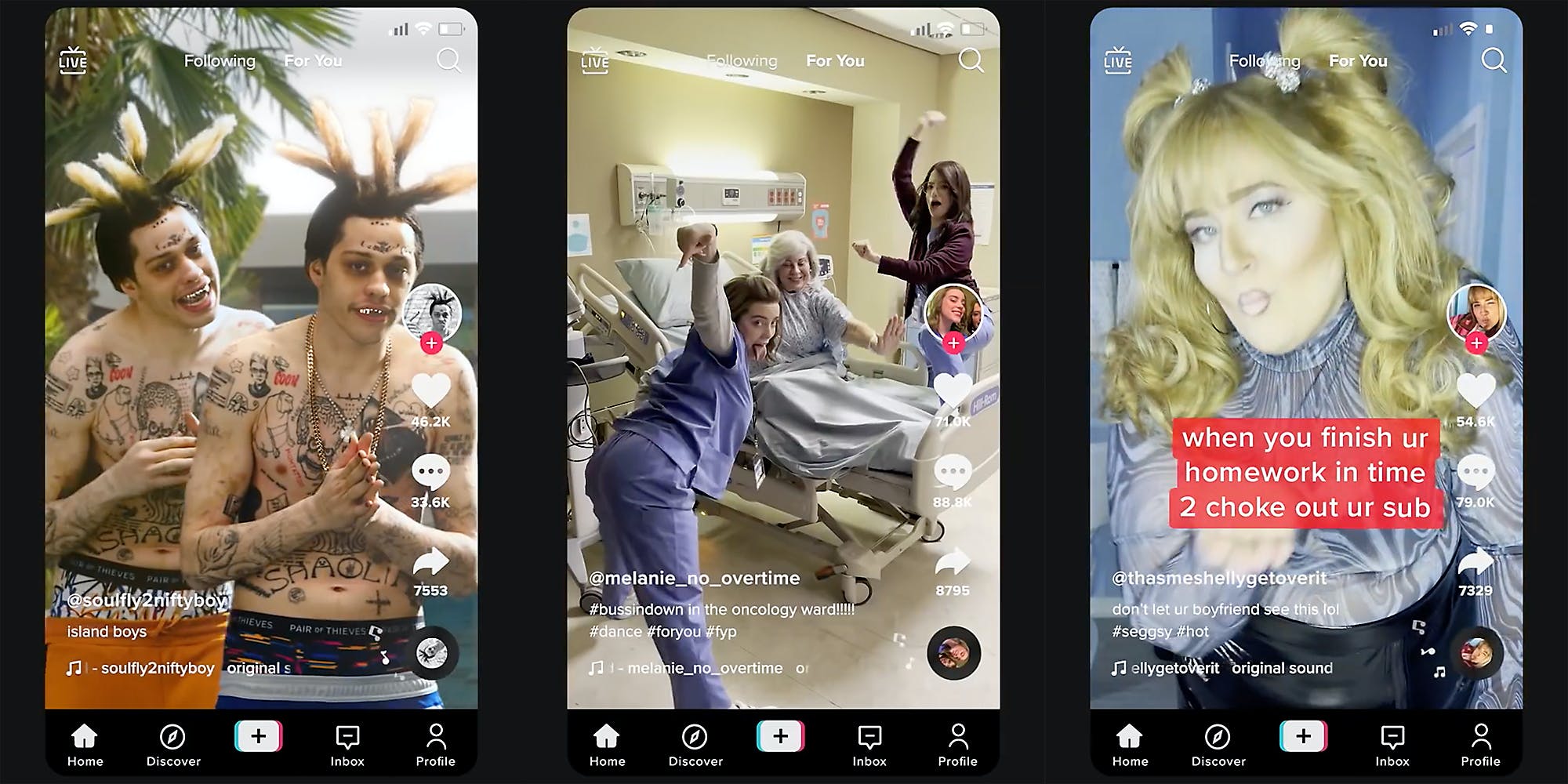 Saturday Night Live has a special connection with TikTok, previously producing app-related sketches that ended up flourishing on TikTok (musical performances, too). In this weekend’s episode, hosted by Billie Eilish, SNL went all in with a parody of TikTok that could double as an ad.

In the four-minute sketch, a father is trying to get his teen to take out the trash, but they’re too busy scrolling TikTok. We see their text exchange as well as the teen’s FYP, which includes Eilish as a nurse doing popular dances; “Homer Simpson ASMR”; and parodies of the widely mocked self-defense guy and spiky Island Boys.

The video has more than 1 million views.

A recurring comment on Twitter and TikTok is that the sketch was “accurate.” SNL obviously has younger writers and performers who are intimately familiar with TikTok and internet culture.

Some of the accounts that were apparently referenced in the sketch posted about it as well, like creator supes, who posts enthusiastically about Marvel movies, and K’Hood, known for their “fit check.” While nurses on TikTok seemed to like the sketch, there was some discourse about it on Twitter. People were very interested in Eilish doing TikTok dances, something she doesn’t do on her real TikTok.

We made it😂 #supes #spidermannowayhome #snl

Mike Diva, who directed the SNL Squid Game parody, as well as one of the best I Think You Should Leave season 2 sketches, directed the TikTok short.