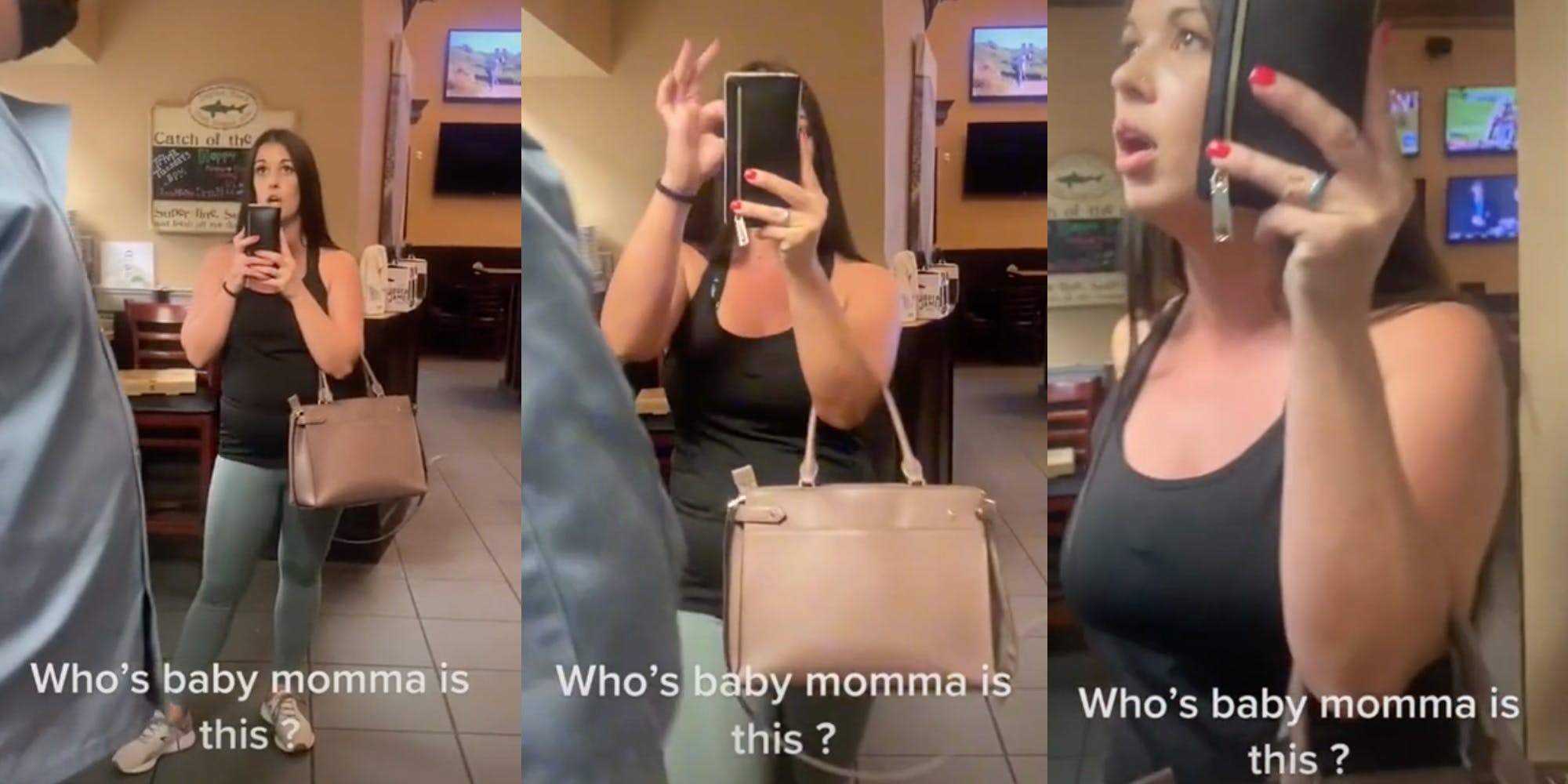 A viral video showing a woman insisting she can go into a restaurant’s kitchen because she’s in the military is going viral after it left viewers pretty stumped as to what was going on.

The short clip was originally posted by @el_mayonesa on TikTok, and features a woman at a restaurant, reportedly in Las Vegas, already in the middle of throwing a fit.

She appears to be pretending to record her own conversation with her wallet, telling an imaginary audience that, “They don’t want to walk out because they want to be entitled-ass motherfuckers, including this Black bitch right fucking here.”

The woman “zooms in” with her wallet, pinching an imaginary screen and moving closer to the person recording.

An employee nearby gets in her way, at which point she slaps him and insists she has “every right.”

“You have no right to touch me,” he replies.

“Then guess what? I have every right to step into the fucking kitchen without you fucking touching me!” she screams. “That’s the best part of the military!”

“Nobody touched you,” the first guy tells her.

Someone tells her to “please step out of the kitchen,” which sends her into another tailspin.

“No! No! No! Because I’m in the military! I don’t fucking have to! That’s the best fucking part of my fucking job!”

The original TikTok appears to have been taken down for “harassment and bullying,” and it isn’t immediately clear what exactly was happening to cause this sort of drama—although the lack of coherency within the video suggests that knowing additional context may not provide much more clarity.

Regardless, viewers still had plenty to say about the mess of it all.

“It was a very assured action, made better only by the revelation that not only is there no camera on the side facing the person recording, but no phone face on the other side facing racist drunk military woman,” replied u/Lucy_Lastic.

“Her camera can record over obstacles cuz she’s in the MILITARY!” u/El-Diablo-de-69 chimed in.

Another suggested “she may be a military wife, who is thinking she is both filming AND in the Military,” playing off longstanding criticisms of military spouses who act overly entitled based on their proximity to the military.

While the woman herself clearly didn’t get any of this interaction on camera, at least she’ll always have the memories so helpfully recorded by a bystander and circulating forever on the internet.

The Daily Dot has reached out to @el_mayonesa via TikTok comment.

The post ‘That’s the best part of the military’: Karen freaks out at restaurant, tries using military status to barge into kitchen appeared first on The Daily Dot.