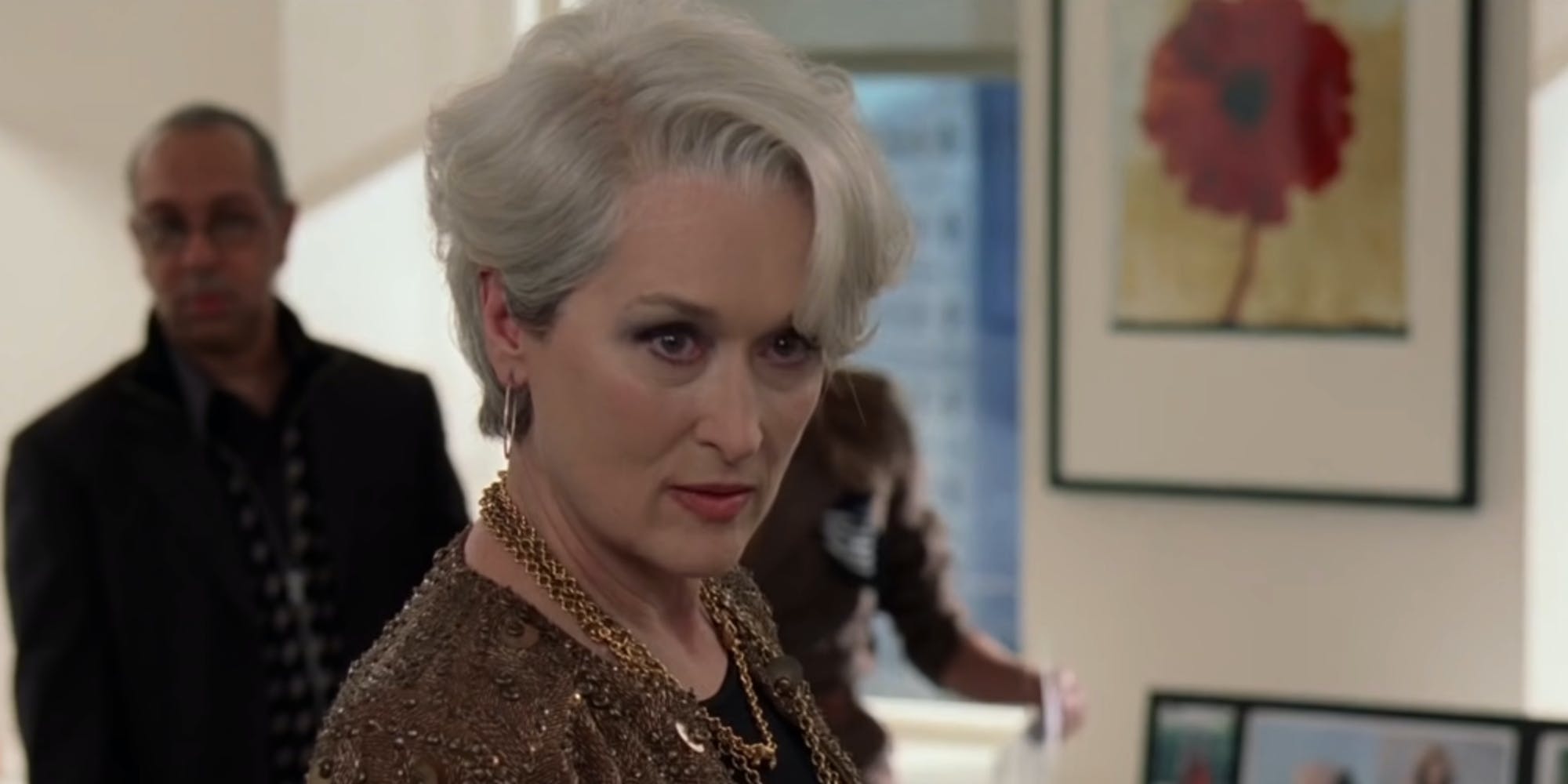 It’s that time of year where some clothing that was stored away for a season or two comes back out. Perhaps that’s why the Meryl Streep The Devil Wears Prada meme has also returned.

As Know Your Meme notes, the meme originated in 2011 on 9GAG, allegedly as a joke about the ubiquity of Uggs in the fall. The meme features a scene from the 2006 film where Streep’s Miranda Priestly offers some non-verbal feedback to Andy (Anne Hathaway) on her outfit, but especially her shoes.

Now it’s being applied to other fashion choices. A Sept. 8 tweet from iamkennieg took aim at three people in different colored Crocs.

A Sept. 11 tweet from jacquemusx elicited some strong reactions to a very specific accessory. People are still protective of this black “tattoo” choker, which I definitely wore in the ’90s even though it was very uncomfortable. (And which is still being sold at Claire’s.)

Some people were confused if the meme is supposed to be critical or positive, and perhaps the culture has shifted enough in the 15 years since the movie came out that it now reads as approval rather than disdain. Fashion—like memes—is cyclical.

Doja Cat’s VMAs outfits—and one pair of shoes in particular—certainly fit the criteria. And yes, it was quickly memed in the hours after after the awards show. This particular iteration used FaceApp to update Miranda’s expression to approval.

— Reminding Art Simone to put her bins out (@artitsbinday) September 13, 2021

– “The Doja Cat chicken monster boots? Yeah I am” pic.twitter.com/67hXgZLjCG

The meme could have also been revived because of the recent trailer for Adam McKay’s Don’t Look Up, in which Streep plays the President. But people still found a way to tie it into The Devil Wears Prada.

ngl i thought this was like a snl sketch of the devil wears prada pic.twitter.com/eQY8K46MUx

The post ‘The Devil Wears Prada’ meme gets revived for fall appeared first on The Daily Dot.