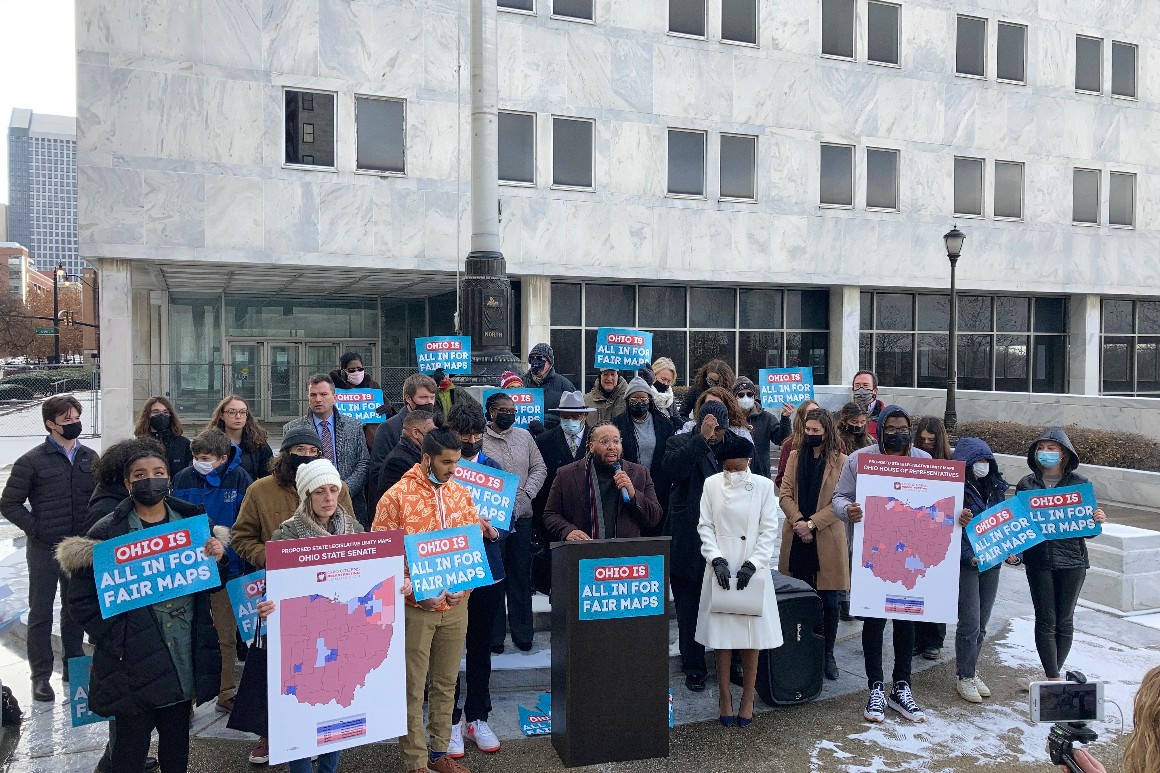 Over the past two weeks, Wisconsin mostly locked in the Republican gerrymandering of the past decade. One of Democrats’ most prominent new members of Congress was very likely drawn out of her Virginia district. And the high-stakes North Carolina primaries were delayed by two months.

These developments weren’t the product of power-hungry legislators in state capitals maneuvering for partisan gain. They were the moves of state supreme courts, low-profile judicial bodies that are having a considerable impact on the once-a-decade congressional redistricting still underway. And they are only just beginning to wield their influence.

Between reforms aimed at reducing politics in redistricting, dysfunction in states where both parties have some control and the reduced role of the federal judiciary in policing gerrymandering, state supreme courts are playing a greater role than ever as mapmakers or traffic cops that could swing the fortunes of some 120 congressional seats in next year’s midterms.

“;That’s why it’s so important that we have good courts. And that’s why people ought to pay attention,”; said first-term Democratic Rep. Kathy Manning, who had no chance of being reelected after Republican mapmakers in North Carolina initially shredded her Greensboro-based district –; until the justices intervened.

“;It’s a wonderful decision,”; she added. “;I always had confidence that if we could get to a fair-minded court, it would look at those maps and determine that it was an extreme partisan gerrymander.”;

Across the country, these courts are poised to be outsized political players. And while some of these judges campaign for their position, many of them are appointed, meaning the decisions come from the hands of unelected arbiters.

Justices have already stepped in to help redistricting commissions in Virginia and Washington State that missed deadlines. And they are likely to ultimately determine the contours of the political boundaries in divided-government states like Pennsylvania, Minnesota, Wisconsin and possibly even Louisiana, which combine to total nearly 40 House seats.

In Florida and Ohio, Democrats are preparing to file legal challenges at the mercy of the state courts. And North Carolina”;s redistricting fate –; and Manning’s –; will also likely be decided there.

The North Carolina state Supreme Court unilaterally halted the candidate filing period last week, punted the primaries –; even those for statewide races, like an open Senate seat –; and vowed the judiciary would decide by early 2022 whether or not Republicans had illegally manipulated the state”;s political boundaries when they drew a map that could resign Democrats to just three of the state”;s 14 districts.

"We have a great precedent in North Carolina –; why I’m confident of victory there," said former Attorney General Eric Holder, who now leads the National Democratic Redistricting Committee, a group that has invested in winning judicial races.

"State supreme courts are extremely important," he told reporters on a press call earlier this month, "especially given the way in which the conservative majority in the United States Supreme Court has tried to pull the federal court system out of questions concerning partisan gerrymandering."

That landmark ruling in 2019 helped create the current legal landscape, suggesting that state courts were free to wade into that debate even if the federal judiciary should not. State court elections in the run-up to 2022 quickly became a somewhat under-the-radar path to influence the once-in-a-decade redistricting.

Democrats’ painful, 6,000-vote loss in a 2019 state supreme court election helped set the stage for a brutal ruling two weeks ago in Wisconsin. The 4-3 conservative court will oversee the redistricting in the state, thanks to a deadlock between Democratic Gov. Tony Evers and a GOP legislature.

The justices handed a win to state Republicans when they said they would only make minimal changes to the existing maps, which were drawn in 2011 to aggressively favor the GOP.

"It’s going to be a state that Biden carried, and there will be a two-thirds Republican majority in the Assembly and the Senate," said Rep. Ron Kind (D-Wis.) of his state’s legislature. "You can only do that by overt gerrymandering."

"That would be a problem," Rep. Mark Pocan (D-Wis.) added, expressing hope that the federal courts could still get involved. "Not permanent, but another decade-long minority, absolutely, for the Democrats."

Democrats’ last hope in Wisconsin could be to kick the map-drawing to federal courts instead. The U.S. Supreme Court last week threw out a suit from Republicans seeking to cut off that avenue.

Yet Democrats have benefited from more liberal-leaning courts in other states. And there’s perhaps no better example than Pennsylvania. They flipped the highest court there in 2015, and three years later it threw out a GOP-drawn congressional map, shifting the delegation from 13 Republicans and five Democrats to an even split.

Republicans still control the legislature in Pennsylvania, but as a backstop Democrats have a governor with veto power and a liberal court.

"It was the reason I was even able to run for a seat," Rep. Madeleine Dean (D-Pa.), who won in a newly drawn district in 2018. The Pennsylvania state Supreme Court sent a clear message, she said, telling the GOP: "Your maps are palpably unconstitutional, palpably gerrymandered. Redrawn them fair, or we”;ll redraw them for you."

And she predicted a 2021 redux: "I think that’s where we’re going to head. I think this will be a repeat."

Top operatives from both parties cast themselves as underdogs in judicial battles. and Republicans point to Pennsylvania’s 2018 redraw as a wake-up call. The court appeared to apply language that dealt with the legislative maps to the congressional maps in that decision, said Adam Kincaid, the executive director of National Republican Redistricting Trust.

"I think a lot of people started to view the state supreme courts as partisan actors in redistricting after that point," he said. "I don’t know anywhere in the country where Republicans have flipped a state supreme court and then sued to have a map overturned. That’s a Democrat play."

And Republicans scrambled to catch up. "We need to start bringing equal firepower."

The Republican State Leadership Committee, which supports downballot GOP candidates, and its Judicial Fairness Initiative have spent $11 million over the past five years on judicial races. In the coming cycles, it is eyeing Democratic majorities on the bench in Pennsylvania, North Carolina, Illinois and Michigan.

"The last few weeks have once again made clear that gaining and retaining conservative majorities in state legislatures will never be enough to stop liberal gerrymandering," Andrew Romeo, a spokesperson for the committee, said in a statement. "Democrats will continue their “;sue until its blue”; strategy all over the country."

Democrats have had recent success in judicial races. The Holder-led NDRC and its partners have won at least seven contests since 2017 in Michigan, North Carolina, Ohio and Wisconsin.

Butterfield said Beasley’s loss to Republican Paul Newby gave the GOP crucial sway in redistricting, even if Democrats have a majority. "The supreme court in each state is a very powerful, very powerful judicial body," he added, especially if they are setting a precedent for what constitutes impermissible gerrymandering.

North Carolina has been ground zero for court challenges, most recently when state courts in 2019 netted Democrats two more seats, including Manning’s in Greensboro.

“;We’re the most litigated state in the nation. And this is true to form,”; said Rep. Patrick McHenry (R-N.C.), criticizing the constantly changing string of maps. “;I don’t think the judiciary has given any consideration to the notion of voter confusion.”;

But Democratic operatives denied that they targeted state courts to stack the deck ahead of major redistricting cases. And there are certainly states where conservative courts give them anxiety.

Republicans, for example, have a narrow edge on the state supreme court in Ohio, where GOP lawmakers muscled through a map that could leave Democrats with just two of the 15 congressional districts.

And then there are states where justices are appointed. Florida’s highest court has taken a sharp turn to the right since 2015, when it set a new congressional map in place that earned Democrats a couple of seats. GOP Gov. Ron DeSantis has appointed three conservative justices since taking office.

In other places, the partisan lean of the court is surprising. Virginia’s court tends to skew Republican, and special masters selected by the justices produced a new congressional map last week to which both parties raised objections. It erased the district of Rep. Abigail Spanberger (D-Va.), a prominent member of the Democratic moderates. 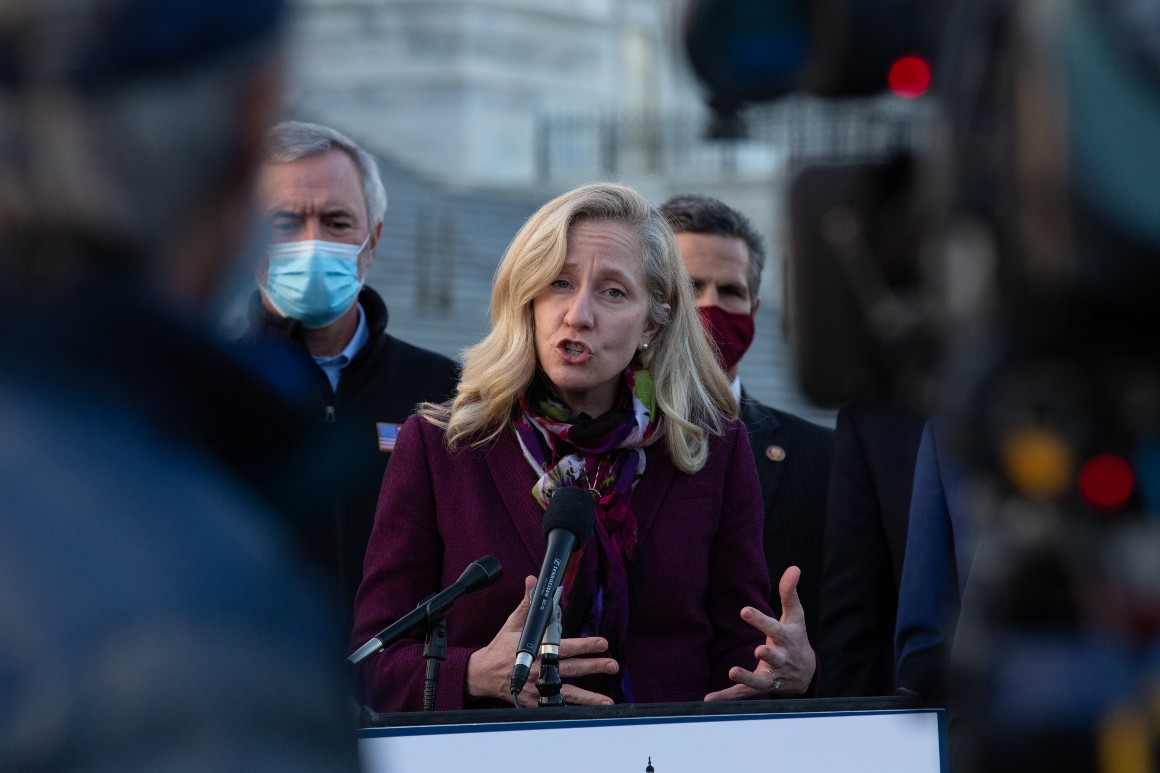 In Kansas, five of the seven justices were appointed by Democratic governors. If state Republicans can”;t muster a super-majority to overcome Democratic Gov. Laura Kelly”;s veto, the justices could step in to shield Democratic Rep. Sharice Davids from political annihilation.

"There are leaders in the Kansas legislature who have explicitly stated their motivations to gerrymander maps to their party’s political advantage," Davids said. "More than anything right now it gets my blood boiling."

Sarah Ferris contributed to this report.