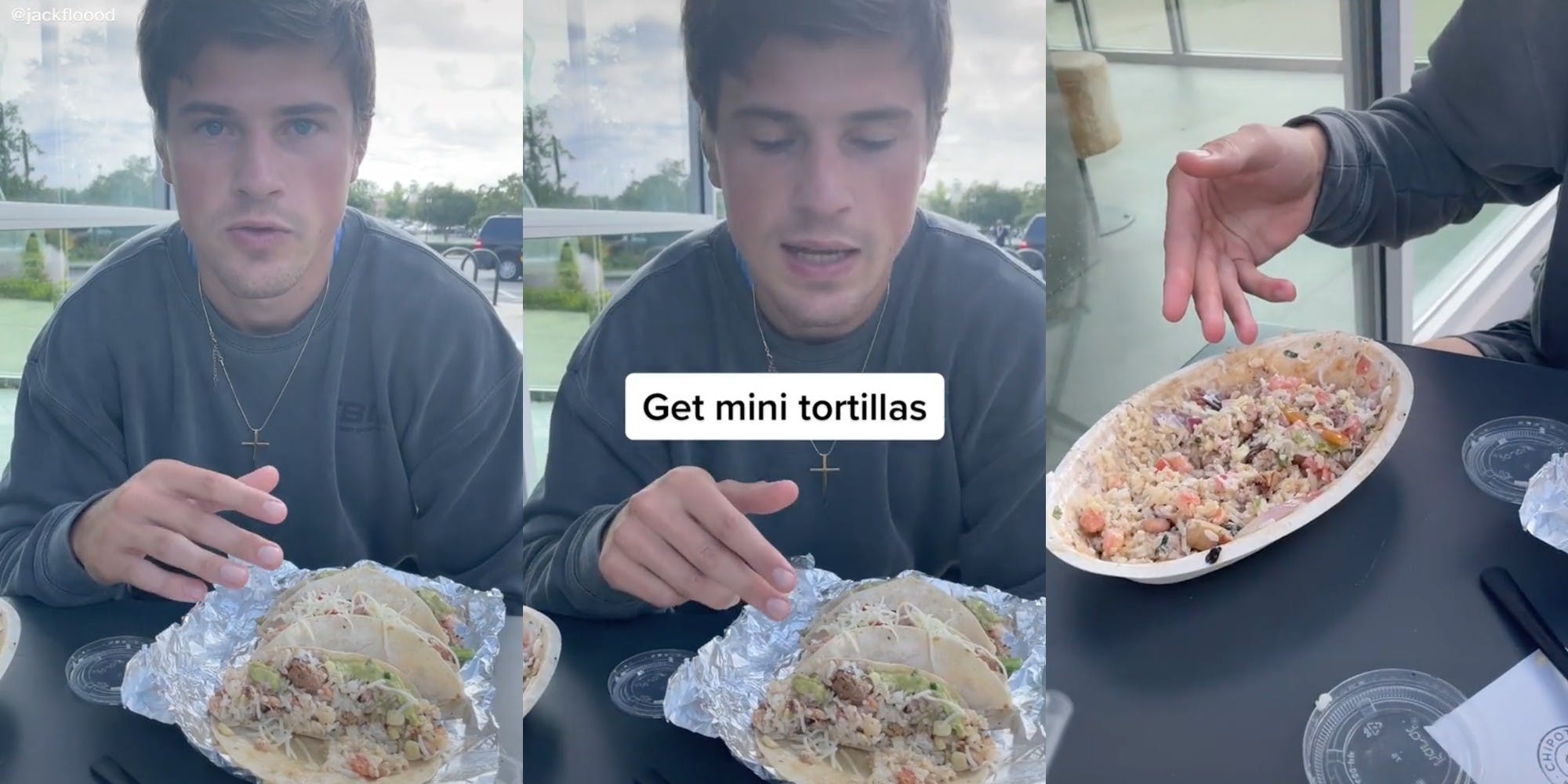 A popular TikToker says he’s found the best way to save money and eat more at Chipotle, but some viewers say his “hack” is common knowledge.

Jack Flood, aka @jackfloood on TikTok, says you’re a “fool” if you get a burrito or taco order at  Chipotle. Instead, you should get the bowl option.

Flood demonstrated his food hack by showing the Chipotle bowl he ordered, along with a side of mini tortillas. Using the bowl contents, he was able to make three “stuffed, huge” tacos with the tortillas.

“And look how much bowl I have left,” Flood said, gesturing to his bowl, which appeared to be still half full. “That’s how you maximize your gains.”

His gains catchphrase prompted several jokes in the comments section.

“Maximize your gains, what is this the stock market,” one person wrote.

“‘That’s how you maximize your gains’ – Caucasian proverb,” another user commented. But Flood didn’t seem to appreciate the crack, replying, “Why we bringing race into this?”

Jokes aside, several people alleged that his hack isn’t that creative, and they’ve been using it for years already.

“Everyone knows a bowl is getting the most amount of food,” one viewer claimed.

Someone else commented, “Kid thinks he invented the lightbulb.”

Another user said, “We knew this like five years ago.”

User @jackfloood did not respond to the Daily Dot’s request for comment.

The post ‘This is just common knowledge at this point’: TikToker reveals why you should always order the bowl at Chipotle appeared first on The Daily Dot.