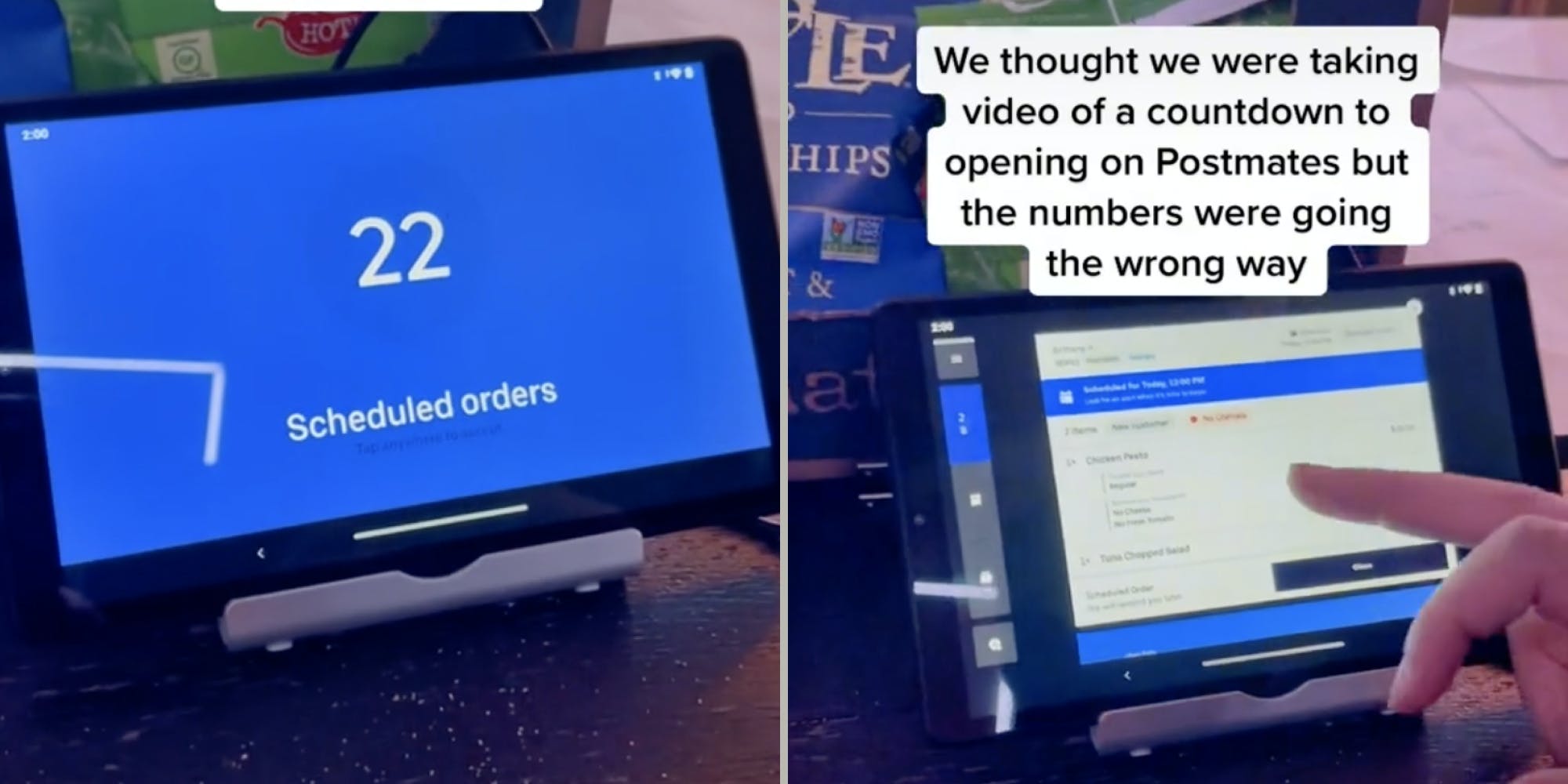 Many people use food delivery services for convenience, but it could mean added stress to some restaurant workers. One restaurant’s viral TikTok shows Postmates orders piling up before opening for the day.

Carla Cafe (@carlacafela) in Los Angeles posted a TikTok this week of their Postmates tablet, which displayed the number of scheduled orders. Throughout the video, the number increases from 16 to 29.

“We thought we were taking a video of a countdown to opening on Postmates but the numbers were going the wrong way,” the text on the video reads.

Carla Cafe’s video has reached over 283,000 views. Most commenters, many of them restaurant workers, sympathized with the employees.

“This is physically painful to watch,” one commenter wrote.

“This is what happened when my job got Uber Eats and I cried so hard I left,” another commenter said.

Some offered their own solutions.

“And that’s when you slide the settings bar down and turn off the wifi,” one commenter wrote.

“We got rid of Uber Eats,” another wrote.

The Daily Dot has reached out to Carla Cafe via TikTok and Postmates via email.

The post ‘This is physically painful to watch’: Viral TikTok shows restaurant’s Postmates orders piling up before opening appeared first on The Daily Dot.