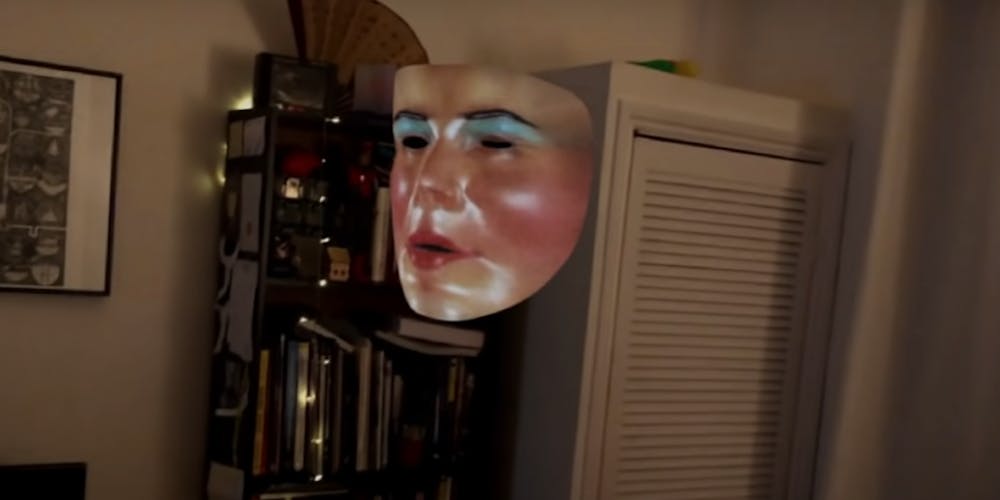 Hello! Every week, our internet culture staff will discuss the world of streaming entertainment in this newsletter. In this week’s edition:

Host scared the Zoom out of me

It’s film festival season, and after reading about Rob Savage’s upcoming film Dashcam—which has been both buzzed-about and called out for its lead casting choice—I was led to his first film, Host. It debuted as a Shudder original last summer, after he tweeted a Zoom prank video in April 2020.

Much like Searching and Unfriended, Host uses online framing to tell its story, though this film takes place entirely within the intimate confines of a Zoom meeting. A horror movie about Zoom? I know, it could be bad! But a year and a half into the pandemic, Zoom meetings do feel like a special kind of purgatory. How many times can you say “Can you hear me?” before you summon something? This is the era of cursed content, and that now includes all the things we’ve seen on Zoom.

In Host, six friends get together during lockdown for a virtual seance. At just 57 minutes, the film is very effective in quickly creating a sense of dread and isolation. It inventively uses Zoom filters and backgrounds to add to the unsettling vibe, and though the evil entity storyline isn’t exactly original, what Savage does with empty rooms, screen space, and jump scares (and the actors’ realistic performances) makes it stand out from all the other COVID-related “content” made last year.

Host is streaming on Shudder.

Savings, assemble: The Disney, Hulu, and ESPN+ bundle is a superhuman deal

Keeping track of all the services you subscribe to is a pain. Keep things simple and entertain the whole family with the Disney+, Hulu, and ESPN+ bundle. $13.99 per month gets you world-class sports, decades of family entertainment, and the best new TV and movies.

Award speeches can be something of a mixed bag: They can endear you to the audience in the room or at home, but they can just as easily turn you into a Twitter main character. In the case of The Queen’s Gambit, the award speeches for the two categories it won at the Primetime Emmys turned Netflix’s prestigious miniseries into one of the ceremony’s villains.

The Queen’s Gambit came into Sunday night’s ceremony with nine awards already under its belt from the Creative Arts Emmys. While the miniseries lost some of the early acting categories to Mare of Easttown’s Julianne Nicholson and Evan Peters, Scott Frank won Queen’s Gambit’s first Emmy of the night for outstanding directing for a limited or anthology series or movie. (He was up against Thomas Kail for Hamilton, Sam Miller and Michaela Coel for I May Destroy You, Craig Zobel for Mare of Easttown, Barry Jenkins for The Underground Railroad, and Matt Shakman for WandaVision).

When Frank won his award, he took a pair of glasses out of his suit pocket, unfolded the two pieces of paper in his hands, and thanked everyone involved with his win—including tributes to stars Anya Taylor-Joy and Moses Ingram. In theory, the speech was fine. Reading off a list of names can be dry or boring, no matter where you’re watching the ceremony, and it obviously was important to him to do so. But Frank’s speech went on for so long that the orchestra attempted to play him off three separate times.

People’s ire for Frank was significant enough that when the all-male team for The Queen’s Gambit won best limited or anthology series, people were preemptively mad that he was going to speak again. Fortunately, for those people, Frank didn’t speak again. The honors for the speech went to The Queen’s Gambit executive producer William Horberg, who thanked everyone who made the show a word-of-mouth hit—according to Netflix, it’s the streamer’s most-watched limited series ever—and Netflix for taking “a chance on risky material.”

He also thanked Taylor-Joy, who starred as the young chess prodigy at the show’s center and who he credited with making chess sexy again.

If you go into Star Wars: Visions expecting things to make logistical sense or fit neatly within a rigid, predetermined timeline, you’ll be disappointed. (The Galactic Empire is mentioned in several episodes, but only one of them, “Tatooine Rhapsody,” actually involves established characters.)

Visions is a show that isn’t going to bother with the logic behind a lightsaber contraption that can split the plasma blade and turn it into a rotating umbrella that can be used as a deadly weapon. It won’t stop to question how twins created in a lab as tools of the dark side of the Force can survive a battle on top of a star destroyer without any oxygen as they fight each other in a battle with lightsabers that take the shape of whips and strobe lights. It’s not going to spend time delving into the debate about whether a droid can hold his own against an Inquisitor or just how a lightsaber can change color and length based on who’s holding it.

Those are just a few of the things that occur in Visions, and for the record, all of those things absolutely work in context. (I’ve seen all nine episodes of the English dub.) It’s those things that, for the first time in quite some time, help make the many lightsaber battles all the more exciting.

All nine episodes of Star Wars: Visions will be available to stream on Disney+ Sept. 22.

The post This week in streaming: Catching up with Zoom horror movie ‘Host’ appeared first on The Daily Dot.