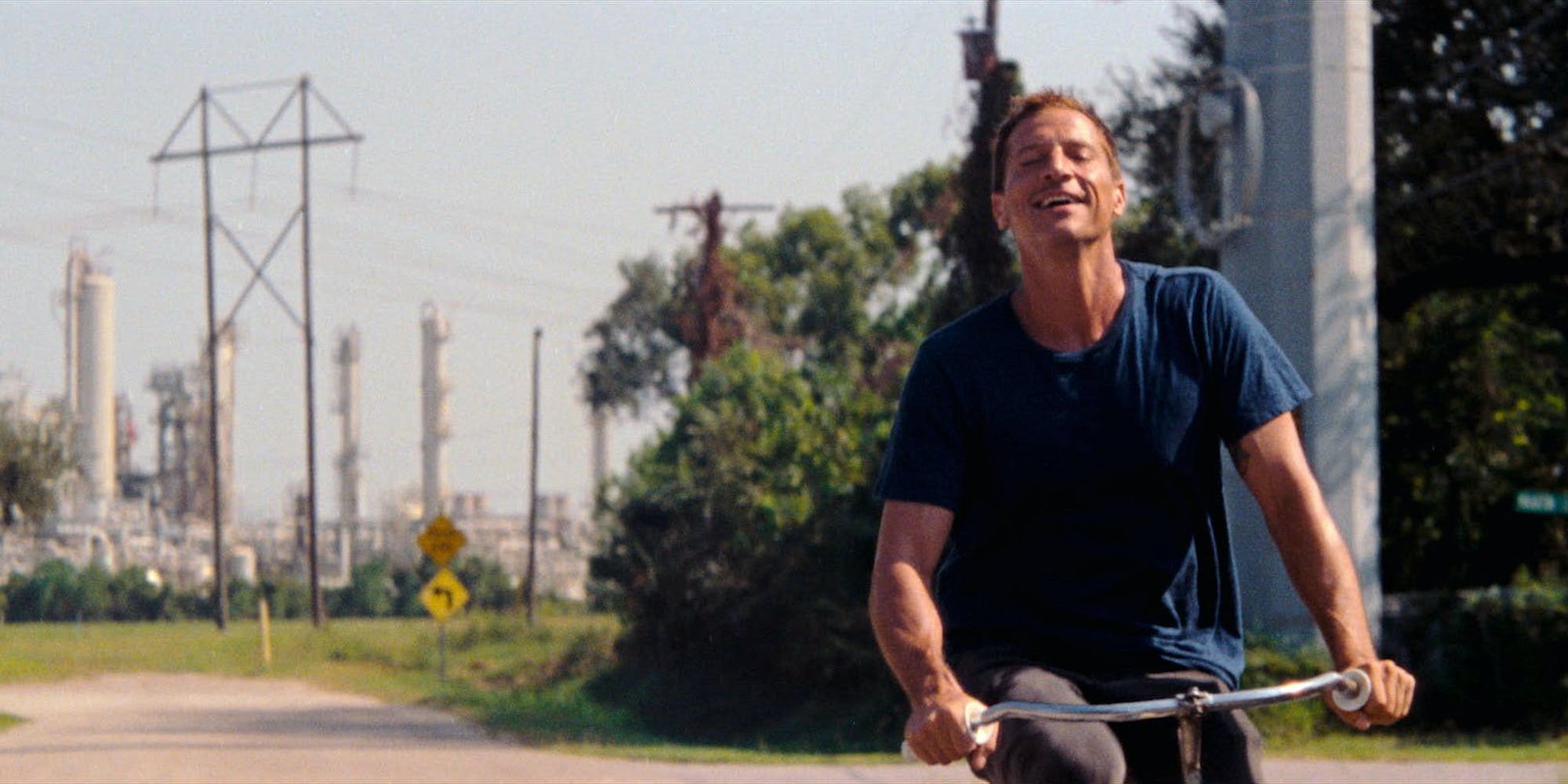 Hello! Every week, our internet culture staff will discuss the world of streaming entertainment in this newsletter. In this week’s edition:

Red Rocket’s use of NSYNC and other NYFF thoughts

Have you ever encountered a song so intricately linked to a film or show that to hear it anywhere after that is almost sacrilegious? Think something like “Layla” in Goodfellas, or “Don’t You (Forget About Me)” in The Breakfast Club, or even “(I’ve Had) The Time of My Life” from Dirty Dancing. At the tail end of this year’s New York Film Festival, I would like to add another one to the list: Red Rocket and NSYNC’s “Bye Bye Bye.” (An exception: Appearances accompanied with characters doing the choreographed dance from the music video, like in a recent Ted Lasso episode.)

Red Rocket, Sean Baker’s latest film starring Simon Rex as a washed-up porn star who returns to his native Texas to the chagrin of just about everyone who knows him, was a movie I bought a ticket for on a whim, but when it came time to actually go, I contemplated skipping it. It was a Sunday night screening (and on the final day of the festival), so on top of festival exhaustion, it also meant a late trek home. I’m still mulling over what I think of the film as a whole—I can tell you that Rex is incredible in it—but what might ultimately win me over is how Baker deploys one of NSYNC’s biggest hits; it’s not just in the trailer.

You hear it in its original form, you hear it backward, you hear a stripped-down piano cover courtesy of actor Suzanna Son, and you hear another character unintentionally quote it. While I won’t spoil when those instances occur and what’s going on in those scenes, they’re easily some of the more joyous and memorable moments I’ve seen on a big screen all year on top of the instant joy that comes whenever the NSYNC song randomly shows up; I can’t wait to talk more about it when Red Rocket finally comes out in December.

There were a lot of those kinds of breathtaking cinematic moments at NYFF. I’m still thinking about the end of Parallel Mothers, Pedro Almodóvar’s latest endeavor, which both made the entire movie click and gutted me; of the sets of The French Dispatch—my first Wes Anderson movie in a theater—popping off the screen; of Jane Campion finally knowing what to do with Benedict Cumberbatch in the astounding The Power of the Dog; of the way that Petite Maman, Céline Sciamma’s follow-up to Portrait of a Lady on Fire, snuck up on me; of the epic weirdness that was Denis Villeneuve’s Dune. And, just like in Red Rocket, there are some great soundtracks in the mix. 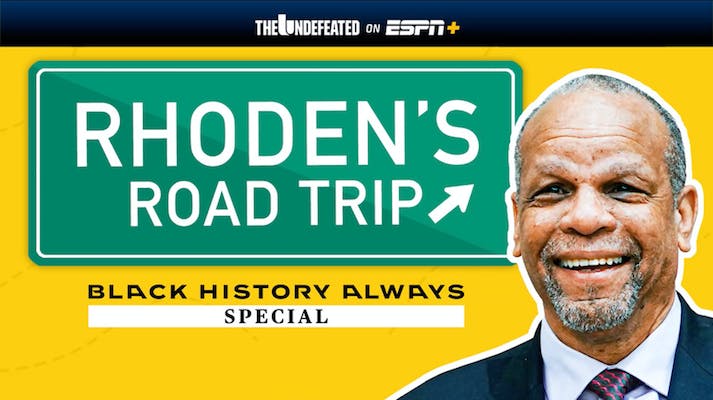 Award-winning columnist William C. “Bill” Rhoden’s collegiate journey began at Morgan State University. Almost four decades since Rhoden became the celebrated columnist, Rhoden will look back at the rise of HBCUs during his career. Rhoden, along with the help of The Rhoden Fellows, a team of aspiring HBCU journalists, will explore the rich history and culture of HBCU football. 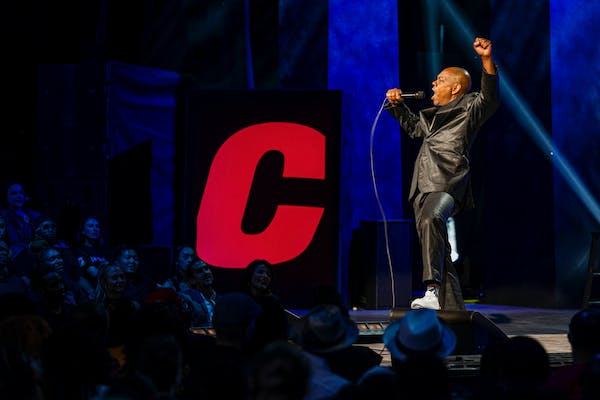 Dave Chappelle‘s latest Netflix comedy special, The Closer, prompted widespread criticism for its transphobic content, including pushback from people who work at Netflix itself. One such Netflix employee is software engineer Terra Field, who published a viral Twitter thread accusing Chappelle of attacking the trans community. Soon after, Field was suspended from her job. (Update: She has since been reinstated.)

In a statement to the Verge, Netflix clarified that Field was suspended for reasons unrelated to her Twitter thread. “Our employees are encouraged to disagree openly and we support their right to do so,” a Netflix representative explained. However, the timing is decidedly suspicious. Field, alongside two other Netflix employees, were supposedly suspended for “trying to attend a director-level meeting they weren’t invited to.” This was a virtual meeting involving 500 people, and there were no reports of disruptive behavior.

This comes amid internal conflicts about Netflix’s choice to promote Chappelle’s comedy specials. The Closer is the last of six shows Chappelle filmed for Netflix; it’s a massive deal worth tens of millions of dollars. And The Closer is not the first special to be controversial. Chappelle’s Equanimity (2017) and Sticks & Stones (2019) both faced criticism for including sexist or anti-LGBTQ themes. In particular, he’s routinely accused of making transphobic and homophobic jokes that contribute to violent bigotry and discrimination—a key element of the comments published by Netflix engineer Terra Field. Other Netflix workers have also voiced concerns about platforming Chappelle’s work, with one trans employee choosing to quit the company in protest.

There’s Someone Inside Your House matches its generic title

The teen slasher is in need of an update. Unfortunately, Netflix’s There’s Someone Inside Your House is not it.

This movie, based on a 2017 book of the same name by Stephanie Perkins, hits the same beats as a pillar of the genre, Scream, and before that, countless other slashers of various production value. There’s a masked killer picking off a group of friends. One of them has a traumatic past and a secret. The killer turns their head real slow. The one genre update is that the killer is 3D-printing masks of their victims’ faces.

The film is miles away, at least creatively, from director Patrick Brice’s chilling found-footage debut Creep, or his work on HBO’s Room 104. Aside from a well-calibrated opening kill, TSIYH struggles to find a balance between funny, scary, and teen drama. It was penned by Shazam! writer Henry Gayden, and produced in part by James Wan (Malignant) and Shawn Levy (Stranger Things), which might explain the tonal mishmash.

The post This week in streaming: ‘Red Rocket’ won the NSYNC war appeared first on The Daily Dot.