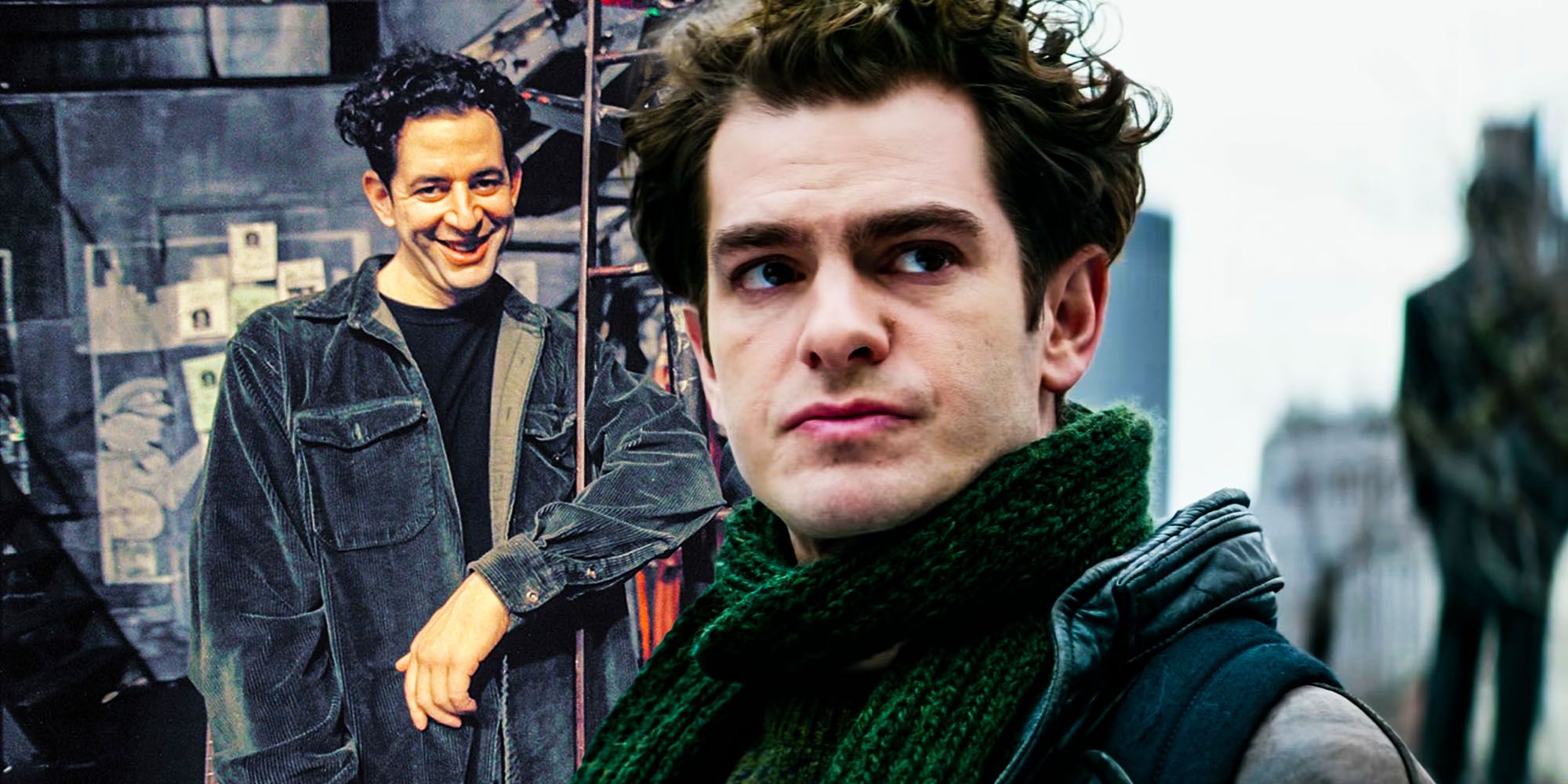 Netflix’s Tick, Tick…Boom! adapts the semi-autobiographical musical by Jonathan Larson, with many aspects being true to his real life and future success with Rent. The movie, directed by Hamilton’s Lin-Manuel Miranda, follows Jonathan Larson (Andrew Garfield) as he reaches his 30th birthday, feeling the pressure of time running too quickly without a produced musical. While feeling the rejection of his unsold Superbia musical, Jon’s creative ambition also takes a toll on his relationships with his girlfriend Susan (Alexandra Shipp) and best friend Michael (Robin de Jesús).

Tick, Tick…Boom! is based on a real-life rock monologue originally written and performed by Jonathan Larson in 1992, telling the story of his creative struggle in 1990, six years before his musical Rent could become one of the most influential works in Broadway history. Following Larson’s unexpected death in 1996, the rock monologue was turned into its own Broadway musical, with some of Tick, Tick… Boom!’s songs coming from past works like Superbia. Premiering Off-Broadway in 2001, Tick, Tick… Boom! developed a significant reputation for its poignancy, detailing Larson’s conflicted journey of artistry before writing Rent, a musical he would sadly never get to see on the Broadway stage.

Related: Spider-Man 3 Can Prove Andrew Garfield Was A Great Spider-Man

Considering Netflix’s Tick, Tick…Boom! is an adaptation of the semi-autobiographical musical and not a specific biography of Larson, there are several changes or omitted important moments from his real life. As said at the beginning of the movie, the events that happen are true, aside from the moments that Jon made up. While painting a portrait of who Jonathan Larson was in the year 1990, the positively-reviewed Tick, Tick… Boom! includes some of the most fantastical true aspects of his artistry, though leaves out many details about his alternate work at the time, tragic death, and which aspects of Rent were inspired by his real life. 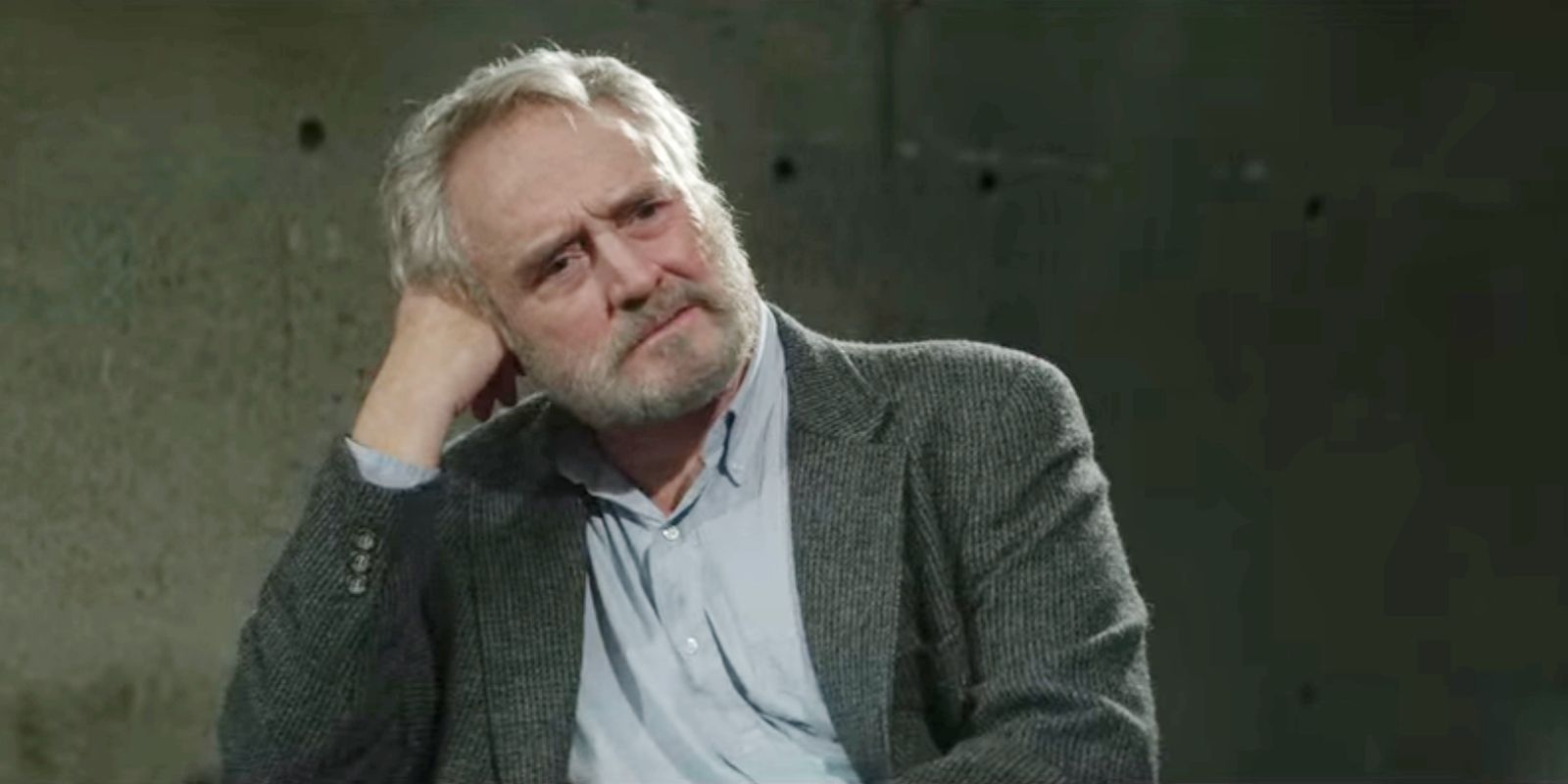 Although it seems incredible that a young artist with Stephen Sondheim routinely reading his work would have trouble getting musicals produced, Tick, Tick… Boom!’s working friendship between Jon and one of the greatest composers of all time is true. When Larson was in college, he came into contact with Sondheim, who famously wrote iconic musicals like West Side Story, Into The Woods, Sunday in the Park with George, and Sweeney Todd: The Demon Barber of Fleet Street. After beginning a rapport with his idol, Jon began submitting his work to Sondheim for review, who would often write recommendation letters to producers on Larson’s behalf.

Throughout Tick, Tick… Boom!, Andrew Garfield’s character is constantly comparing himself to Sondheim’s timeline of achievements, proving just how much he idolizes the artist. In an important moment, Stephen Sondheim (Bradley Whitford) shows up to see the workshop for Superbia, a show Sondheim really did give Larson notes on. Tick, Tick… Boom! is filled with homages and references to Sondheim, including the song “Sunday” – which features a plethora of iconic Broadway actors in the movie – that Larson composed as a tribute to Sondheim’s Sunday in the Park with George. The end of Tick, Tick…Boom!’s movie also features Jon getting a call from Sondheim, telling him Superbia is first-rate and has a future, just like Jon. Director Lin-Manuel Miranda told The New Yorker that he originally wrote Sondheim’s voicemail to say “I have a feeling you’re going to have a very bright future,” but Sondheim told him it sounded too cliché. In a poetic appreciation of his once mentee and official rewrite, Sondheim decided to change the final voicemail to commending Jon’s play and future as first-rate, with Sondheim even cameoing to voice himself in the scene. 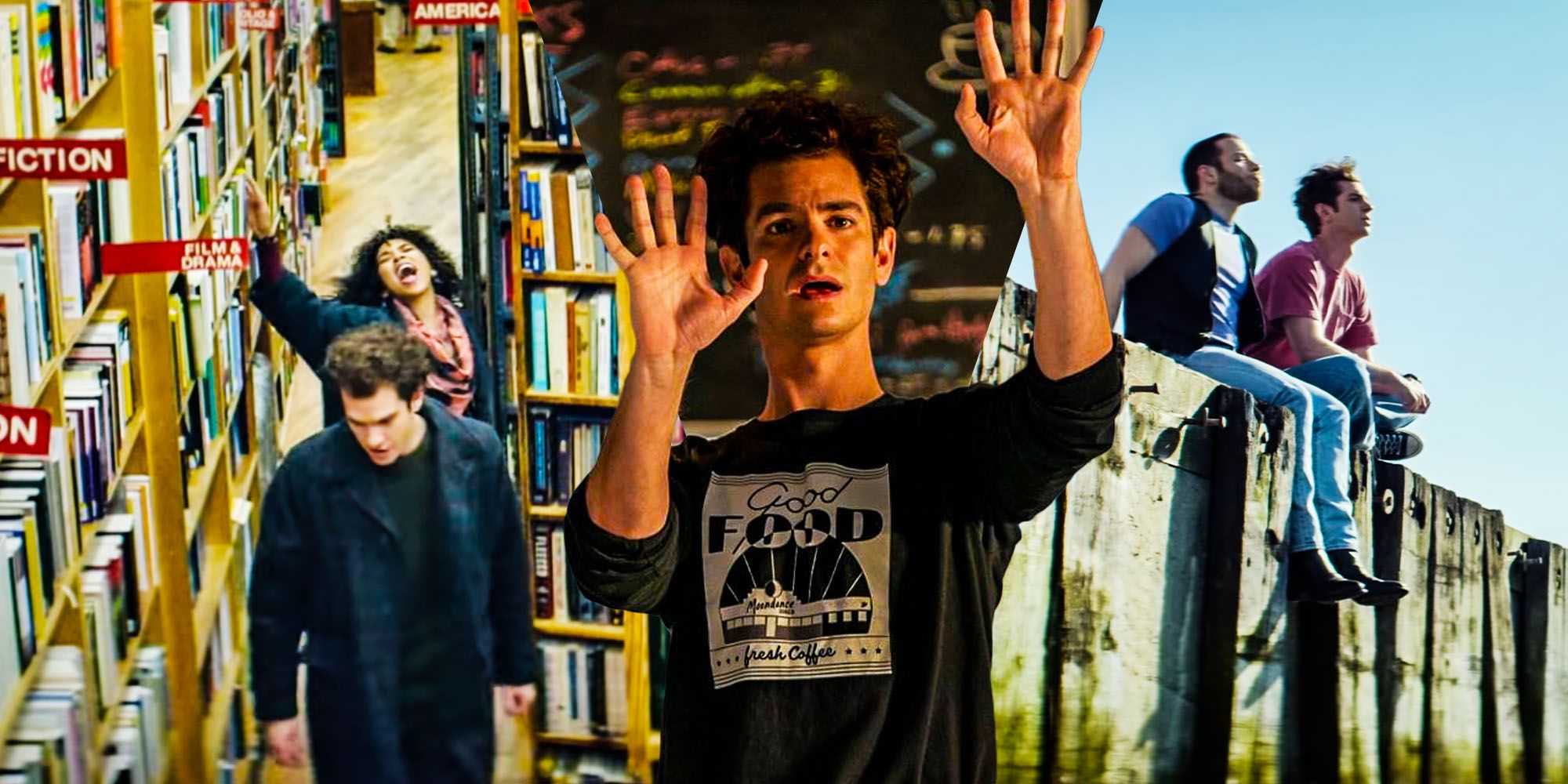 Tick, Tick… Boom!’s stage musical only features three characters: Jonathan, Susan, and Michael. In the movie, plenty of other characters are introduced to bring Larson’s 30th year, workshops of Superbia, Moondance Diner job, and Bohemian lifestyle to the screen. Aside from Jonathan and Stephen Sondheim, nearly every character in Tick, Tick… Boom! is partially fictional, being based on real figures in Larson’s life. As two of the other main characters in Tick, Tick… Boom!, it’s surprising that Susan, Jonathan’s girlfriend, and Michael, his best friend, aren’t real people. Instead, Susan, Jon’s dancer girlfriend in Tick, Tick… Boom!, is partially based on a dancer that Larson dated for four years while he was writing and workshopping Superbia – a character that would more autobiographically be worked into Rent. Michael, in turn, is inspired by Larson’s real-life childhood friend Matt O’Grady, who truly was diagnosed as HIV-positive during this time.

Lin-Manuel Miranda revealed that Michael’s real-life counterpart is alive and healthy today, saying he’s practically a champion swimmer. Tick, Tick… Boom!’s director also said he contacted the real-life inspiration for Susan, who is still a dancer today. Susan’s real-life counterpart had more issues with how Larson wrote about her, saying she “never wanted to move to an ashram,” and that, as a dancer, the concept of time running out was much more important to her than Tick, Tick… Boom!’s ending portrayed. Matt and Susan’s inspiration remember the events of his time slightly differently than Larson portrayed, but, at the end of the day, Tick, Tick… Boom! all comes from Larson’s recollection of this time, meaning he can’t be 100 percent reliable as the narrator. 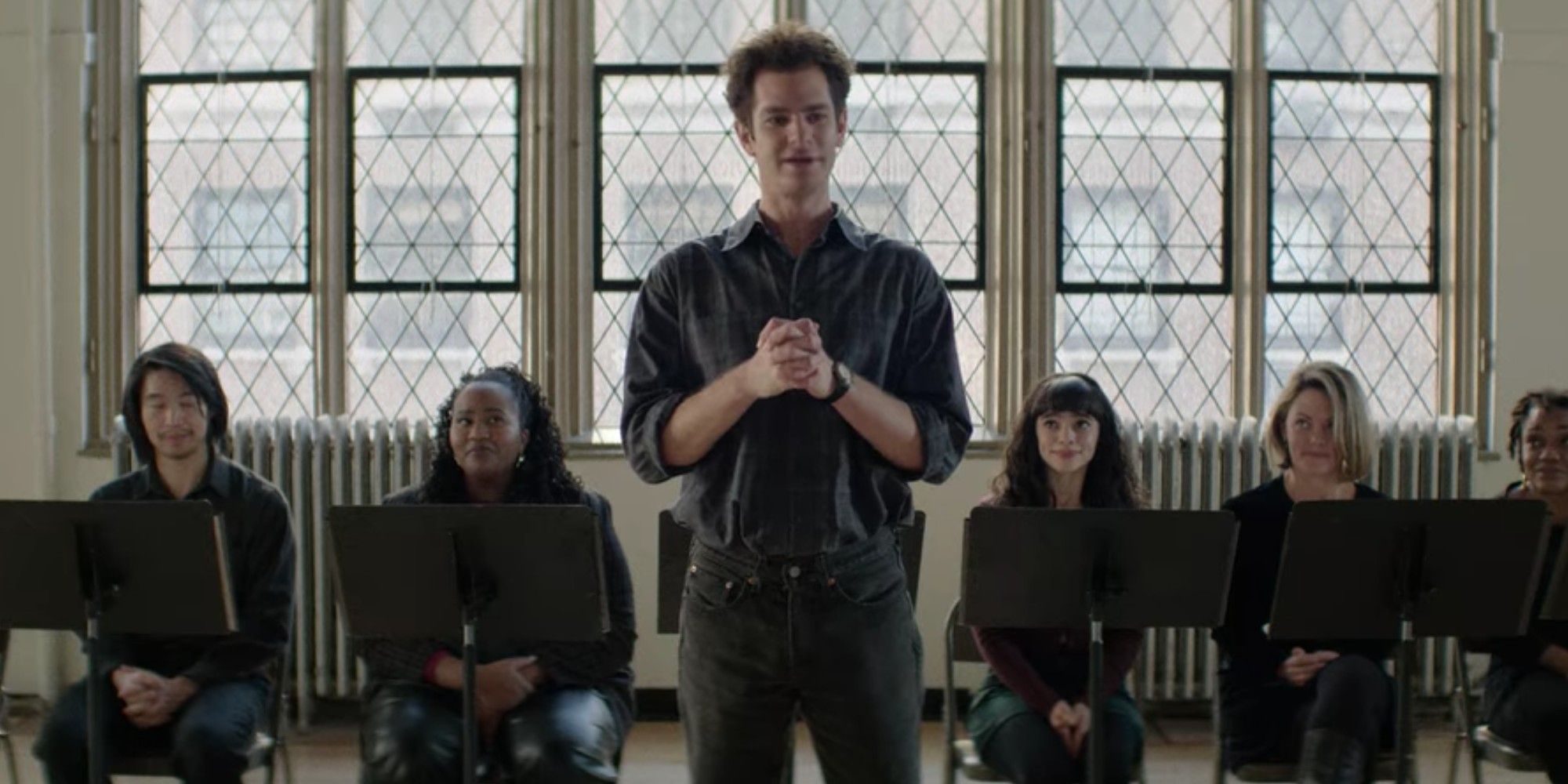 Tick, Tick… Boom! touches on some of Larson’s most important real-life works of the time, particularly his unproduced musical Superbia, his titular musical monologue, and the early foundations of Rent. While Jon and Michael briefly talk about how Larson could easily get paid for writing jingles at Michael’s advertising firm, the movie’s protagonist brushes it off. In real life, Tick, Tick, Boom!’s songwriting protagonist was truly adamantly opposed to such work when it was for companies whose politics he disagreed with or when he thought he was going up against writers who were truly committed to working in the jingle industry, but he did notably write a few, including a rejected CNN jingle – which the movie includes as an Easter egg.

In relation to Larson’s more significant works at this time, Tick, Tick… Boom! leaves out a 1992 musical, Sacred Cow, that he collaborated on with fellow composers. The musical was pitched to TV networks as a weekly anthology series tackling different Biblical and mythological stories featuring ‘90s celebrity cameos. The project was shelved due to scheduling conflicts with the composers, but the original demo recording finally resurfaced in 2013 (via Playbill). Larson’s other musical compositions omitted from Netflix’s November 2021 movie are his contributions to J.P. Morgan Saves The Nation; music for Sesame Street; compositions for the cassettes of children’s books like The Land Before Time; a musical titled Mowgli; compositions for a Rolling Stone magazine publisher; and four songs for the kids’ music video Away We Go! from 1996. 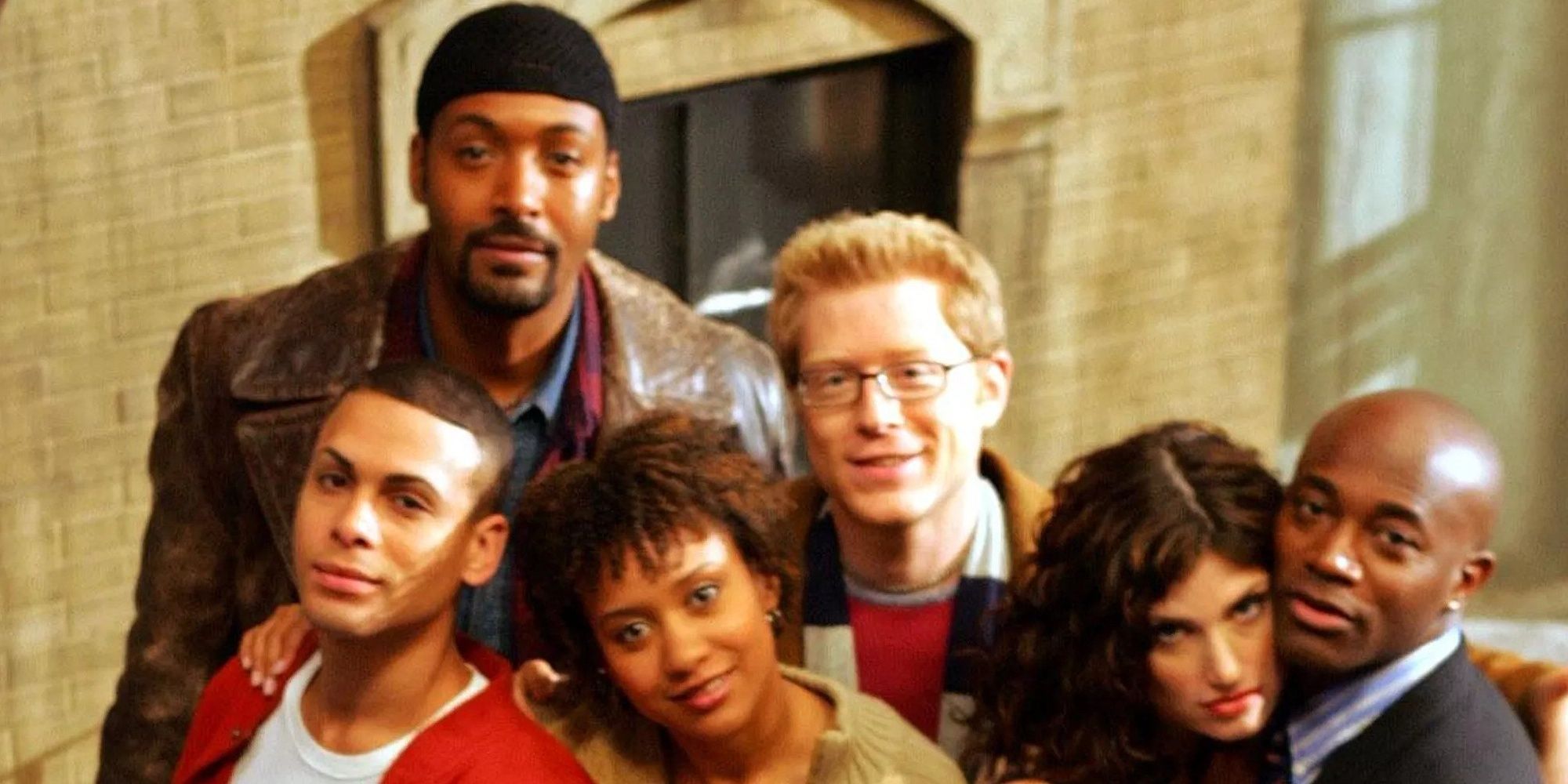 Regarded as Larson’s most influential work, Rent featured several autobiographical elements, fulfilling the advice he gets in Tick, Tick… Boom! to write about what he knows. In real life, Larson and his Bohemian-style roommate, Jonathan Burkhart, lived in a rundown apartment with an illegal wood-burning stove, just like Rent’s main characters, even down to the key that had to be thrown down outside. As already touched on with the real-life inspiration for Susan, Larson’s four-year-long girlfriend inspired the character of Maureen (originated by Frozen‘s Idina Menzel on Broadway) in Rent. Just like in the musical, Larson’s dancer girlfriend would occasionally leave him for other men, though finally left him for another woman. One aspect of Tick, Tick… Boom! that most clearly overlaps with Rent’s themes and Larson’s real experience is the AIDS epidemic, which had begun to affect many of his closest friends. In the movie, one of Jon’s coworkers is hospitalized for it, while his best friend Michael gives him the news that he’s HIV-positive in an emotional conversation about time running out.

Related: In The Heights vs. Hamilton: Which Lin-Manuel Miranda Musical Is Better

According to Playbill, Rent’s main character Mark Cohen is partially inspired by Larson’s friends Jonathan Burkhart, a cinematographer who “sold out” for money over the struggling artist lifestyle, and Eddie Rosenstein, a documentarian who influenced Mark’s documentarian aspect of Rent. Roger, on the other hand, is partially influenced by Tick, Tick..Boom!’s Broadway protagonist, most clearly in the motif of artistry and trying to produce the perfect song before his time runs out. While most of the characters were still fictional and based on the 1988 musical La Boheme, Larson’s real experiences were deeply engraved in Rent. 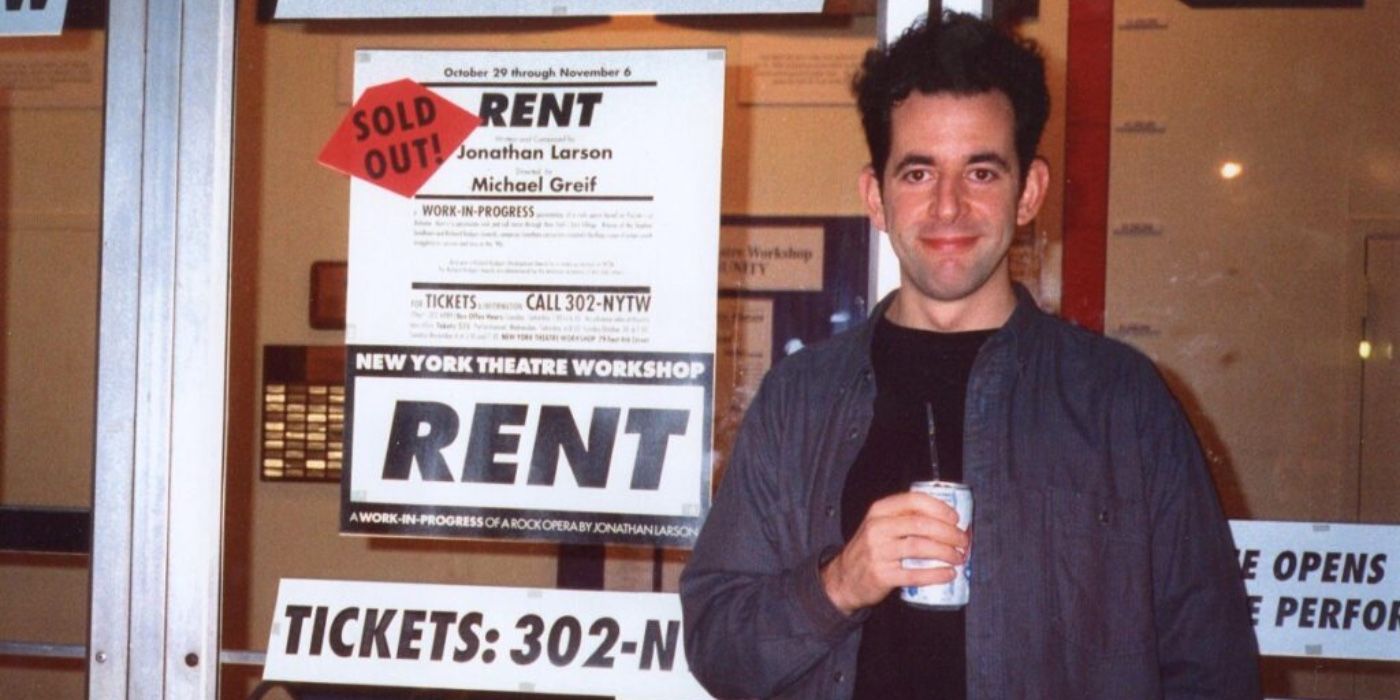 Aside from being the genius composer behind Rent, Larson was notable for the tragic circumstances behind his death. On the morning of Rent’s Off-Broadway preview premiere in January 1996, Jonathan Larson passed away from an aortic dissection. Larson had been afflicted with flu-like symptoms during the technical period of Rent’s preparations, with the composer eventually facing severe chest pains, dizziness, and shortness of breath for the last few days before his death. He went to the hospital for the symptoms, but x-rays didn’t show an aortic aneurysm, leading them to misdiagnose it as flu or stress. After the Andrew Garfield movie‘s real-life creator passed, doctors revealed that had his condition been accurately diagnosed and treated with surgery, he may have lived. Professionals have also come to believe Larson’s aortic dissection was caused by undiagnosed Marfan syndrome, a rare genetic disorder that can lead to severe complications with the heart and aorta. Tick, Tick… Boom!’s creator passed away at only 35 years old, tragically never being able to see the success of his influential musical Rent, or the lasting legacy of the titular monologue he performed.

Next: How Hamilton Became A Movie (& Why Other Broadway Musicals Won’t)